Freddie Freeman, Justin Upton (center) and Andrelton Simmons all homered in Sunday's 10-2 win over the Nationals, giving the Braves a three-game sweep.

A sweep at the hands of the Braves has apparently promoted an ownership change for the Nationals.

On the franchise’s Wikipedia page, owner has been changed to Atlanta Braves, a tongue-in-cheek nod to the fact that the Braves have won five of six games against the National League East rivals and 18 of the last 25.

In reality, the Nats are still owned by Lerner Enterprises — the page was changed back to reflect that by mid Monday morning — but the weekend series at Turner Field certainly made it feel otherwise.

Atlanta roughed up Washington’s starters for a 9.39 ERA and outscored the Nationals 21-12, hitting seven home runs in the process.

The dominance was punctuated by Sunday’s 10-2 rout in which Freddie Freeman, Justin Upton and Andrelton Simmons all homered and the Braves had seven extra-base hits.

Two-time All-Star Gio Gonzalez started the series finale for Washington and proceeded to allow nine hits and six runs, raising his ERA in his last six starts vs. Atlanta to 5.75.

Fortunately for the Nationals, whose only losses this season came vs. the Braves, they won’t meet again until June 19-22 in Washington, D.C. 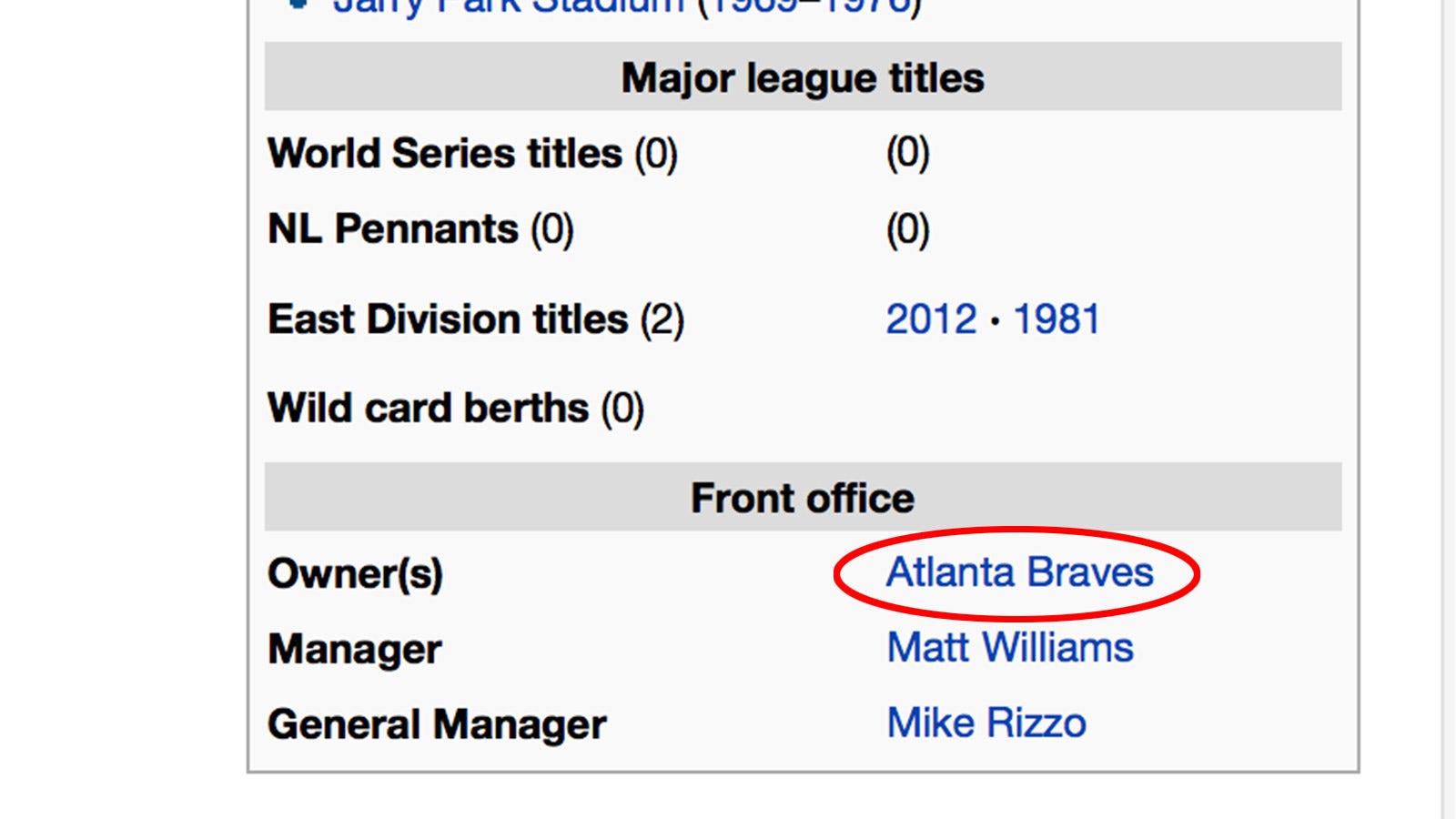