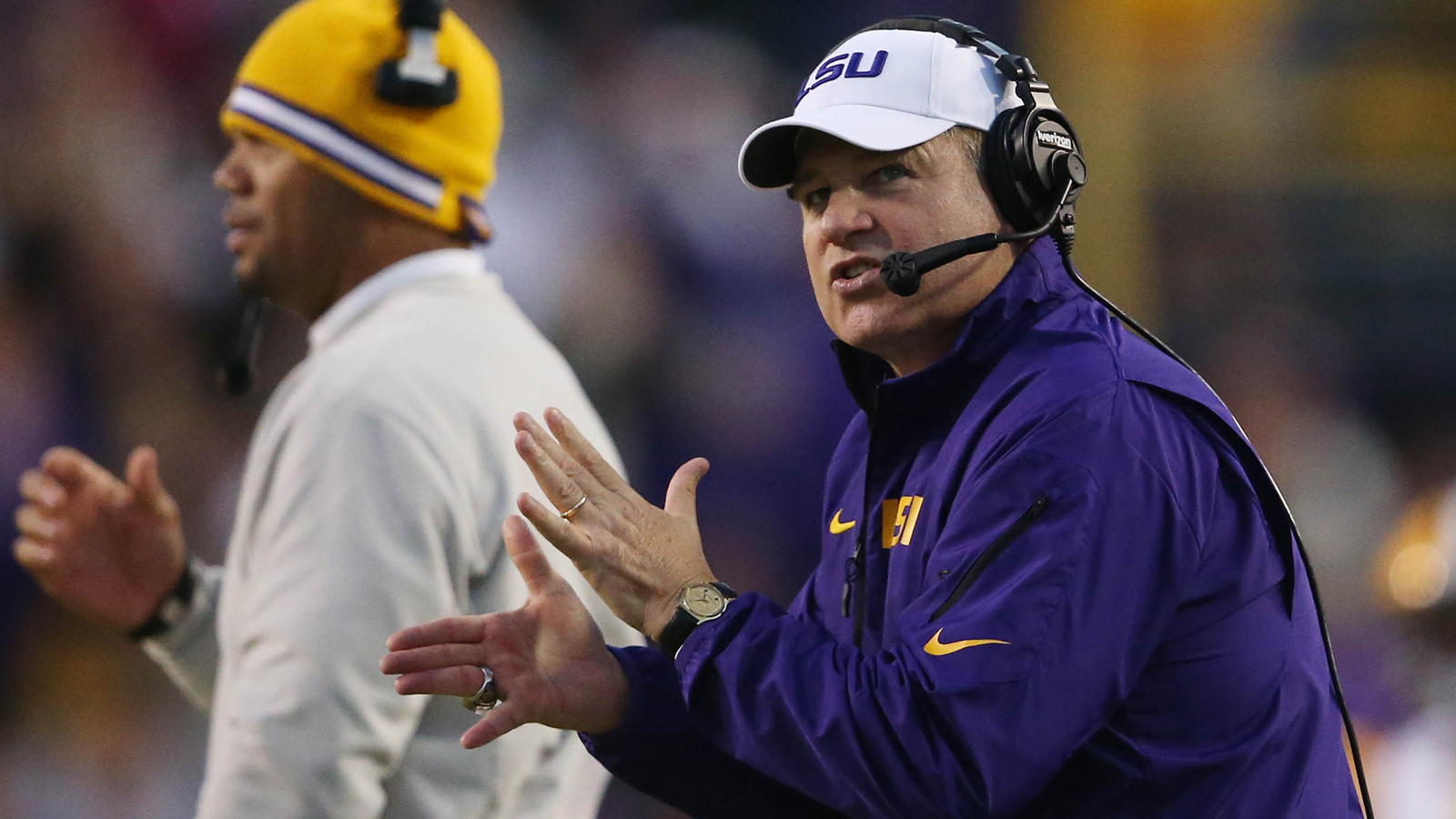 LSU football coach Les Miles is known for his antics at a news conference and on the sideline, and it’s helping the Tigers also become one of the nation’s elite in gymnastics.

Miles went to see it for himself and was impressed by her technique.

"You are on it with the … hand thing," Miles told Hall and her teammates after practice on Thursday. "I always want to make noise, and so I flatten it out widely. And I really want to push it at somebody. You turn to your side and you’re really pushing it at somebody, and I just think it’s perfect."

Special visit today from @LSUCoachMiles! Even he is fired up for tomorrow night's meet vs. UGA. Arrive early! pic.twitter.com/SCLzy3GI89