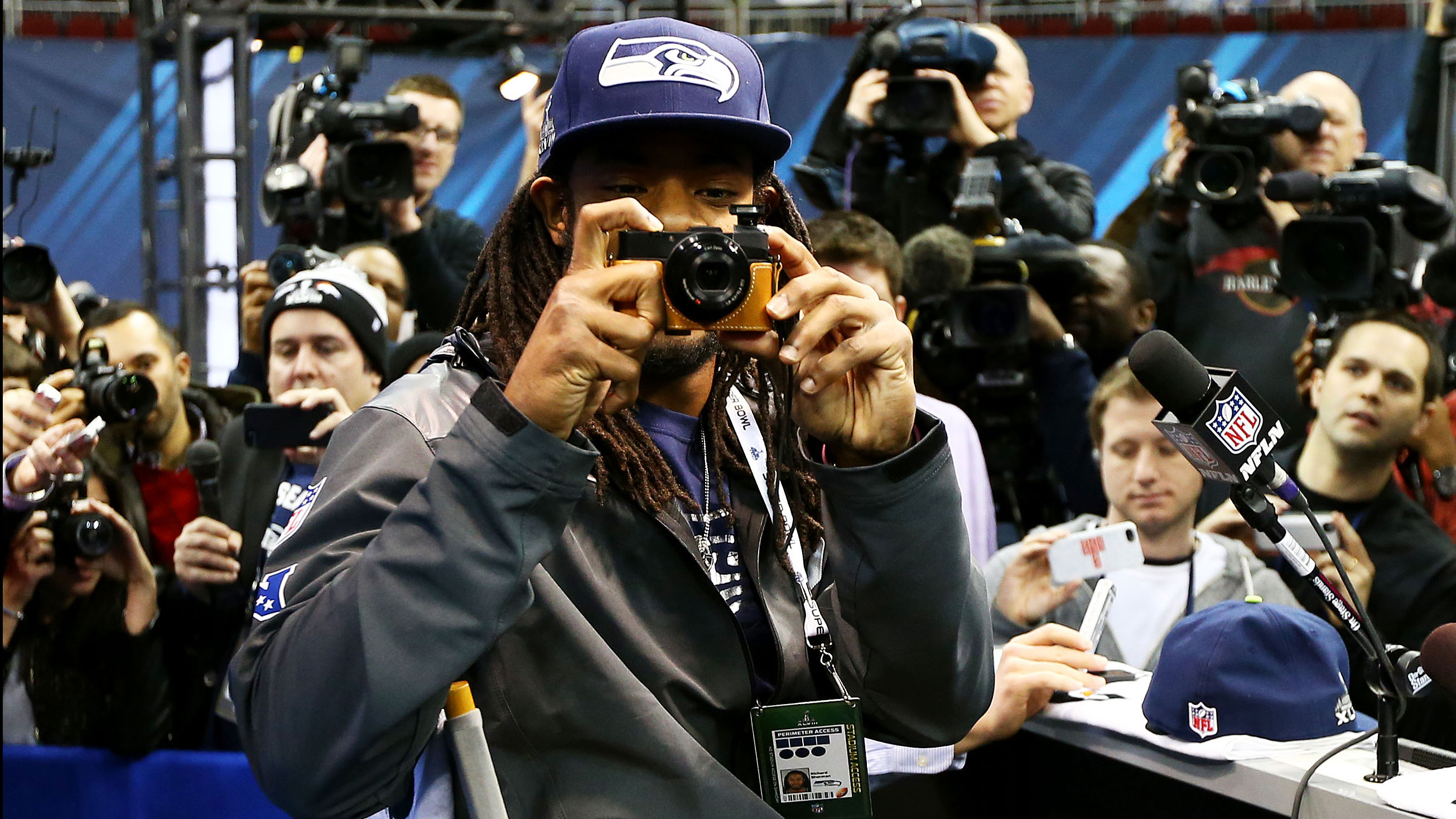 To no one’s surprise, Richard Sherman was the most popular person at Media Day on Tuesday.

Everyone wanted to see if the Seahawks defensive back would give us a performance like he did following the NFC Championship game when he was interviewed by Erin Andrews.

Sherman managed to keep things calm on Tuesday, despite being asked why athletes make it rain.

Media Day was a blast! pic.twitter.com/5nNwtOQQmv