Will Cowboys be back in the playoffs in 2014? 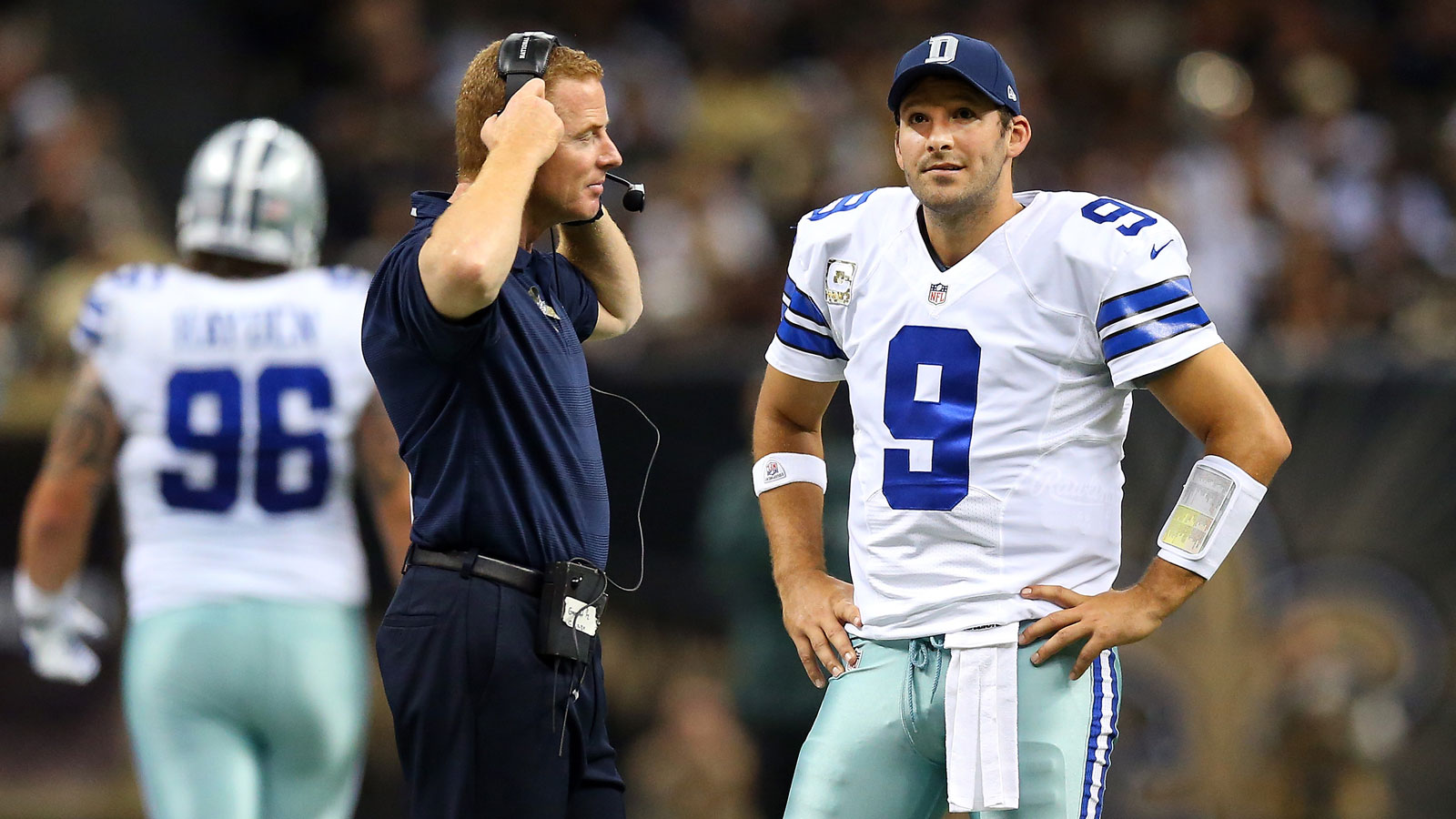 Leave it to the NFL to interrupt a wonderful night of sports with its annual schedule release extravaganza. The NFL Network treats this like CBS does March Madness Selection Sunday.

It’s impossible to know how teams are going to perform from season to season, although marking the Cowboys down for eight wins is normally a safe bet.

For the last decade or so, I have engaged in some knee-jerk schedule analysis. Here’s a game-by-game look at the Cowboys’ 2014 schedule, which includes scores:

Cowboys need the 49ers to be preoccupied with the opening of their new stadium in Week 2. Sadly, that’s not going to happen.

The last time the Cowboys traveled to Nashville, center Andre Gurode had his face rearranged by Albert Haynesworth’s cleat. Oh, and Vince Young was the starter for the Titans.

Just the sight of the Rams makes DeMarco Murray happy. He rides those good vibes to a 147-yard, 2-touchdown performance. Jerry talks openly about a Super Bowl.

Defensive coordinator will be desperate to atone for the Superdome massacre. But Sean Payton loves showing off for the North Texas soccer moms. Saints roll.

The combination of J.J. Watt and Jadeveon Clowney could be scary, but the Texans still won’t have a QB. If the Governor’s Cup is still a thing, it will remain in Tarrant Co.

It wasn’t that long ago (three years) that a meeting with the Seshawks wasn’t a bad thing. Then Russell Wilson happened. Cowboys continue to leave Johnny Manziel on the sideline despite two early mistakes by Tony Romo.

Jason Garrett owns Tom Coughlin. No, that’s a bit strong. Garrett has had success against the Giants in non do-or-die games.

We should have a good idea of how the Jay Gruden era is going at this point. This also marks the return of Jason Hatcher. He’s joined ex-Cowboy Steve Bowen in D.C.

Bruce Arians has a good thing going. The Cardinals have quietly been a part of the best division in the league. Brandon Carr vs.Larry Fitzgerald? Ugghh

At some point the NFL will simply leave Jacksonville across the pond. The Cowboys will have plenty of support in London.

NBC would take America’s .500 Team evey week if that were possible. The Giants are too proud to be swept in consecutive seasons. Romo and Eli Manning will put on a show.

If only Lamar Hunt could’ve seen this. The schedule makers put the squeeze on one of the greatest advantages in professional sports. Cowboys will arrive home at about 4 a.m. Monday before playing Thursday. Then they have to play the following Thursday. Is it too late for Jerry to file a protest?

This will be the Henry Melton game. Did the Bears make the right decision in letting Melton walk? Will Marinelli and Melton have their revenge?

What, another Sunday night game? Is there ANY scenario where NBC would flex out of this? No? December in Phily has not been kind to Romo.

I recall Romo having a big day vs Peyton Manning at old Texas Stadium. I think he’ll do the same vs Andrew Luck.

Risky of the NFL to gamble on Jay Gruden’s team playing for anything. But it will be fun to see RG3 try to overthrow DeSean Jackson. The NFLPA will file a grievance on Jackson’s behalf if the Cowboys assign an extra defender to him.