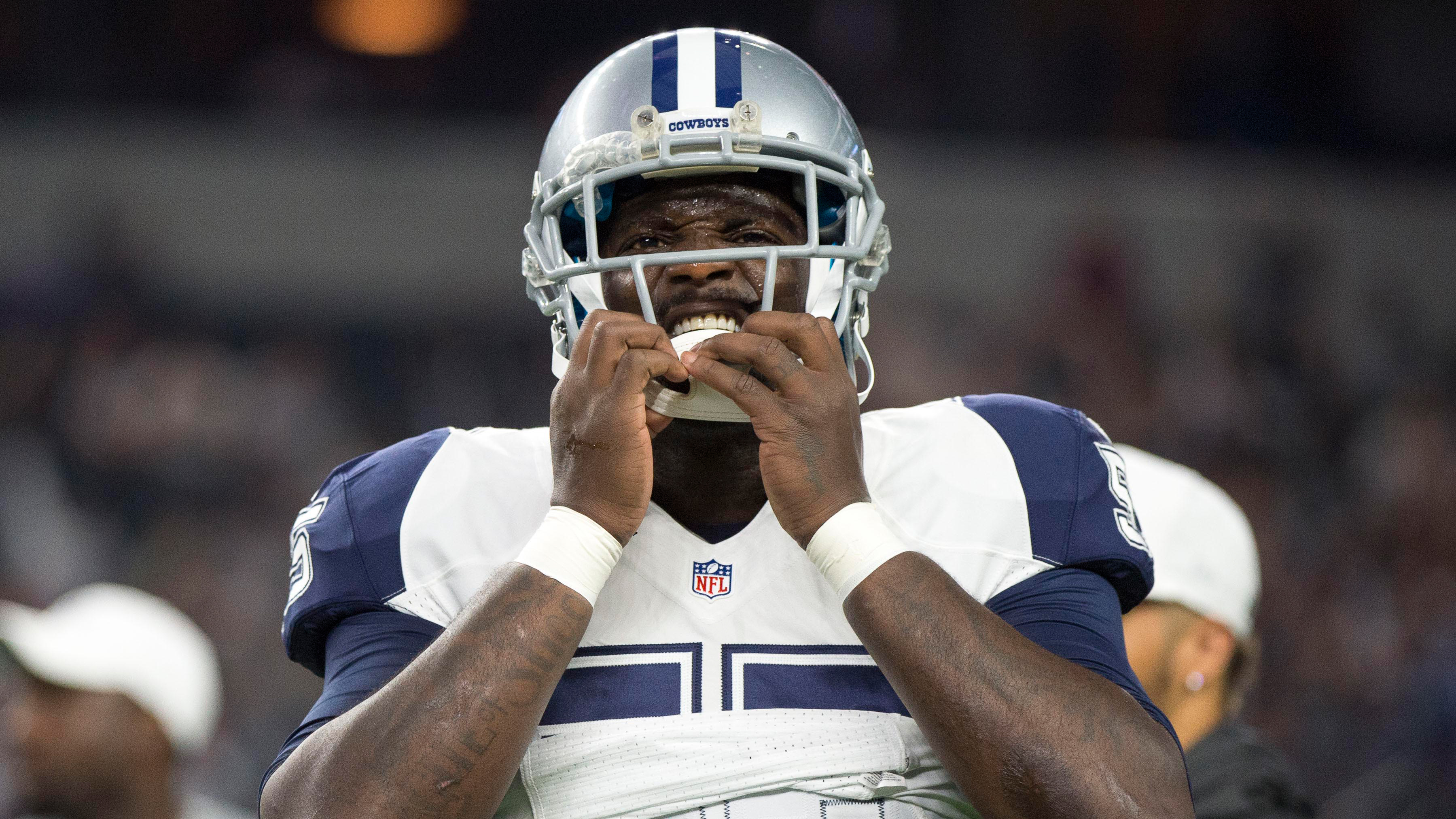 IRVING, Texas (AP) — Rolando McClain has missed every voluntary practice in two offseasons with the Cowboys.

The mercurial linebacker who twice walked away from football in Baltimore before coming to Dallas in a trade just before 2014 training camp is in Alabama for unspecified personal reasons.

Last year, he was rehabbing a knee injury, also away from the team in his home state.

And coach Jason Garrett is losing patience with the questions as the Cowboys prepare for next week’s mandatory minicamp, when McClain can get fined for not showing up. Garrett said Wednesday he isn’t sure McClain will be there.

"We’re going to talk about the people who are here," Garrett said, dismissing the topic on the third question after the last of nine voluntary practices.

"We’ve done an outstanding job in our offseason program. It dates back to really early on in the offseason the hard work they put in running and lifting.

"So I’d rather talk about the players who are here."

Owner and general manager Jerry Jones said the Cowboys agreed when they traded for McClain two years ago that he could spend most of the offseason with his two young sons. He attended minicamp last year.

"He gets slack," Jones said. "You have to earn special consideration. You have to look at his impact and what he can do for your team. I’m glad he is a Cowboy. Certainly, there are no surprises with Rolando."

McClain signed a second straight one-year deal with the Cowboys in March, this one worth $5 million.

When healthy, he’s been effective in the middle of the Dallas defense, finishing among the team leaders in tackles both years despite missing eight games because of a suspension and injuries.

Questions about his desire have dogged him because of his time with the Ravens. The eighth overall pick by Oakland in 2010, McClain flamed out after three seasons with the Raiders.

"I certainly have confidence in him because on Sundays he gets the job done," cornerback Brandon Carr said. "And I know his passion for the game of football. I just know once he remains focused and gets everything cleared up, he can come back with a clear mind and a focus and a passion that we all just kind of feed off of."

Linebacker Sean Lee, coming off his first Pro Bowl season, is sidelined during the offseason for the second straight year. In 2015, he was still recovering from a torn ligament in his left knee, and now is coming off minor surgery on the same knee.

But Lee been a consistent presence in practice.

"It’s a big deal because we want everybody here," linebackers coach Matt Eberflus said of McClain’s absence. "But again, in that same sentence, he’s also dealing with some personal issues. We’re understanding of that and he needs to be here and he knows that. And when he gets here, we’ll welcome him back."

Offensive lineman Ron Leary skipped offseason practices because he wants a trade after signing the team’s $2.6 million tender. While Garrett had some harsh words for Leary over his absence during the first week of practices, his comments haven’t been quite as direct when asked about McClain.

"I have the same strong words for Rolando," Garrett said. "We want our players here. Rolando is dealing with a family situation. Ron is not here because of a business situation. And that’s it."

Carr doesn’t consider it an issue for the locker room.

"If you have something to address off the field, then this is the time to go address it and get everything situated so when it’s time for training camp, when it’s time for us to actually go after it, you’ve got your total focus on the game of football," Carr said. "This is not mandatory. And the coaches know what’s going on."