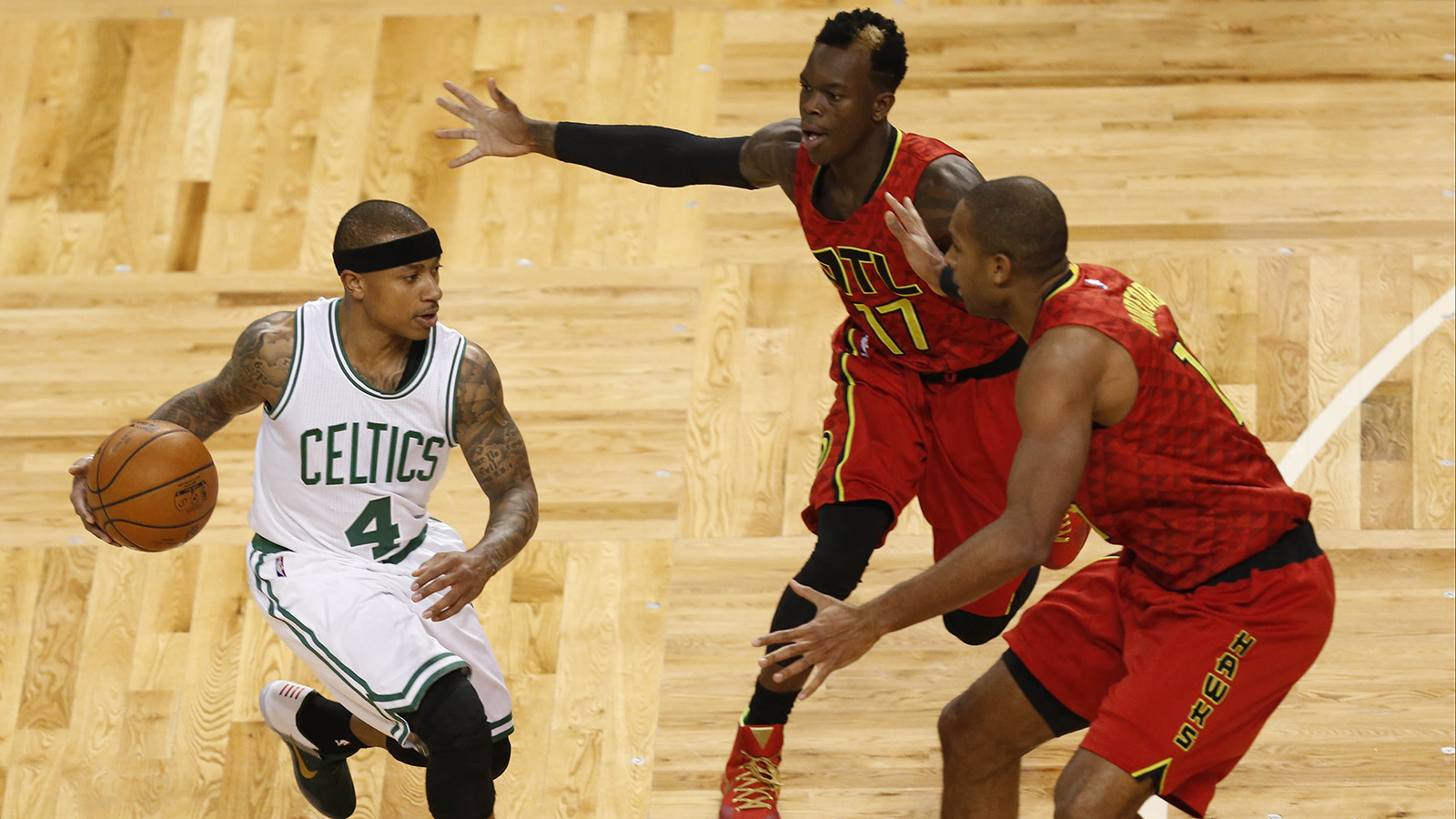 Under the Brad Stevens-Danny Ainge regime, the Celtics have climbed from a 25-win team to the fifth seed in the Eastern Conference — stockpiling lottery picks and cap space along the way — in the span of three years. The future is bright, perhaps blindingly so. The shorthanded Celtics were still a favorable matchup for the defensive-minded Hawks, whose current window is more immediate, and in Games 5 and 6 Atlanta left zero doubt.

After watching Isaiah Thomas rattle off 70 points over a two-game stretch at TD Garden earlier in the week, coach Mike Budenholzer had seen enough. The Hawks altered their gameplan to surround Thomas, Boston’s All-Star point guard and top scoring threat, at all times and force the second-worst shooting team in the playoffs to knock down shots — particularly with guard Avery Bradley injured and pick-and-pop threat Kelly Olynyk limited.

The Celtics missed 134 of their 186 3-point attempts in the series as the Hawks packed the paint and blocked everything in sight. In terms of first-round draws, the Hawks matched up well with Stevens’ shooting-deficient group.

However, this wasn’t the matchup the Hawks (and others) were trying to avoid.

In the final game of the regular season, the Hawks were afforded an opportunity to break free from a four-way tie with the Celtics, Heat and Hornets in the win column — a scenario where Miami held the ultimate tiebreaker for the third seed — against a 40-41 Wizards team playing without star point guard John Wall. That didn’t pan out. An off shooting night left the Hawks with a 109-98 loss and the Eastern Conference’s No. 4 seed.

The true importance of that regular-season finale now awaits in the second round: LeBron James and the top-seeded Cleveland Cavaliers.

Instead of linking up with the winner of the Raptors-Pacers series, a showdown that could still stretch out until Sunday, the Hawks are now headed for a rematch of last year’s Eastern Conference finals against a talented, well-rested Cavaliers team. (Cleveland was pushed at times in its opening-round matchup with Detroit, but still notched a four-game sweep on Sunday.) The Cavs are the odds-on East favorites to reach the NBA Finals for a reason.

After their 104-92 Game 6 victory, Hawks center Al Horford pointed out the obvious: "We have a big challenge ahead."

There are going to be revenge-related headlines previewing this series, but, in many ways, these are two very different teams. The Cavaliers were shortchanged by injuries last postseason: Kevin Love was sidelined and Kyrie Irving played just 49 minutes. They have also undergone a coaching change since the postseason meeting.

There’s still James, of course, the preeminent obstacle for any East challenger for a decade now, and much of the supporting cast that hurt Atlanta (Tristan Thompson, J.R. Smith, Iman Shumpert) is still around. The Cavs were the conference’s clear-cut top team — leading the East with a 5.8 net rating and a 55.8 true shooting percentage in the regular season, a trend that continued in Round 1 — and, despite the in-season drama, appeared to hit their collective stride against the Pistons.

The Hawks have changed as well.

"I think we’re a better team than last year. I really do," the Hawks sharpshooter said after closing out the Celtics. "I think our identity is more on the defensive end than the offensive end the year. I think we know we’re going to have to play really well to beat them.

This sounds counterintuitive when judging by wins and losses. Atlanta won 12 fewer games than their previous record-setting campaign and Budenholzer’s offense never truly sustained its rhythm over extended stretches. Still, there’s an argument to be made that the Hawks’ reconfigured identity — one predicated on a smothering defense built around athletic, mobile bigs Al Horford and Paul Millsap — is better suited for the rigors of playoff basketball. It’s a different staple, but it’s one that has yet to abandon them.

When the Hawks’ shots were not falling in 2015, things sputtered or fell apart altogether. The Hawks’ shots did not fall for most of the Boston series, particularly early on, but a defensive unit that finished just behind the San Antonio Spurs in terms of efficiency kept them in every possession. It helped them take away the one individual threat to their advancement. It helped them take down a playoff opponent they had not beaten since the franchise moved to Atlanta.

The Hawks will need every bit of that defensive proficiency to continue next round.