Down Under Rundown: Maria Sharapova survives in three-hour scorcher

Ice and shade were Sharapova's best friends during her scorching hot second-round match.

Another hot one in the air and on the court in Melbourne. Day Four nearly saw a tournament favorite bow out early and more trouble with temperatures.

It took nearly three and a half hours. The temperature was nearly 110 degrees. But somehow, someway, Maria Sharapova is still alive at the Australian Open.

The No. 3 seed survived a grueling three-set affair against Italy’s Karin Knapp, winning 6-3, 4-6, 10-8 in their second-round match in 3 hours, 27 minutes under brutally hot conditions.

Sharapova won the first set and looked to be on the way to victory before Knapp stormed back. The Russian had three match points at 4-5 in the final set but lost them all, and the match wore on.

With the match tied 5-5 in the third set, tournament officials announced the roof over Rod Laver Arena would be closed — for the next match. Play on most other courts was also suspended while Sharapova and Knapp played on in the sweltering heat.

Sharapova, playing her second tournament back from extended time off for a right shoulder injury, wore ice vests in every changeover after the third game, draped ice bags over her shoulders and poured water over her head.

"It’s tough for both of us. We fought as hard as we could," Sharapova said. "She played some of the best tennis I’ve seen her play."

But did it really faze Sharapova? Nah:

Tough match but what does #Sharapova scribble on the camera after? Loving the #ausopen heat: http://t.co/rklXnPLseP

Kei Nishikori, the Japanese No. 16 seed, actually had little trouble in a straight-set win: 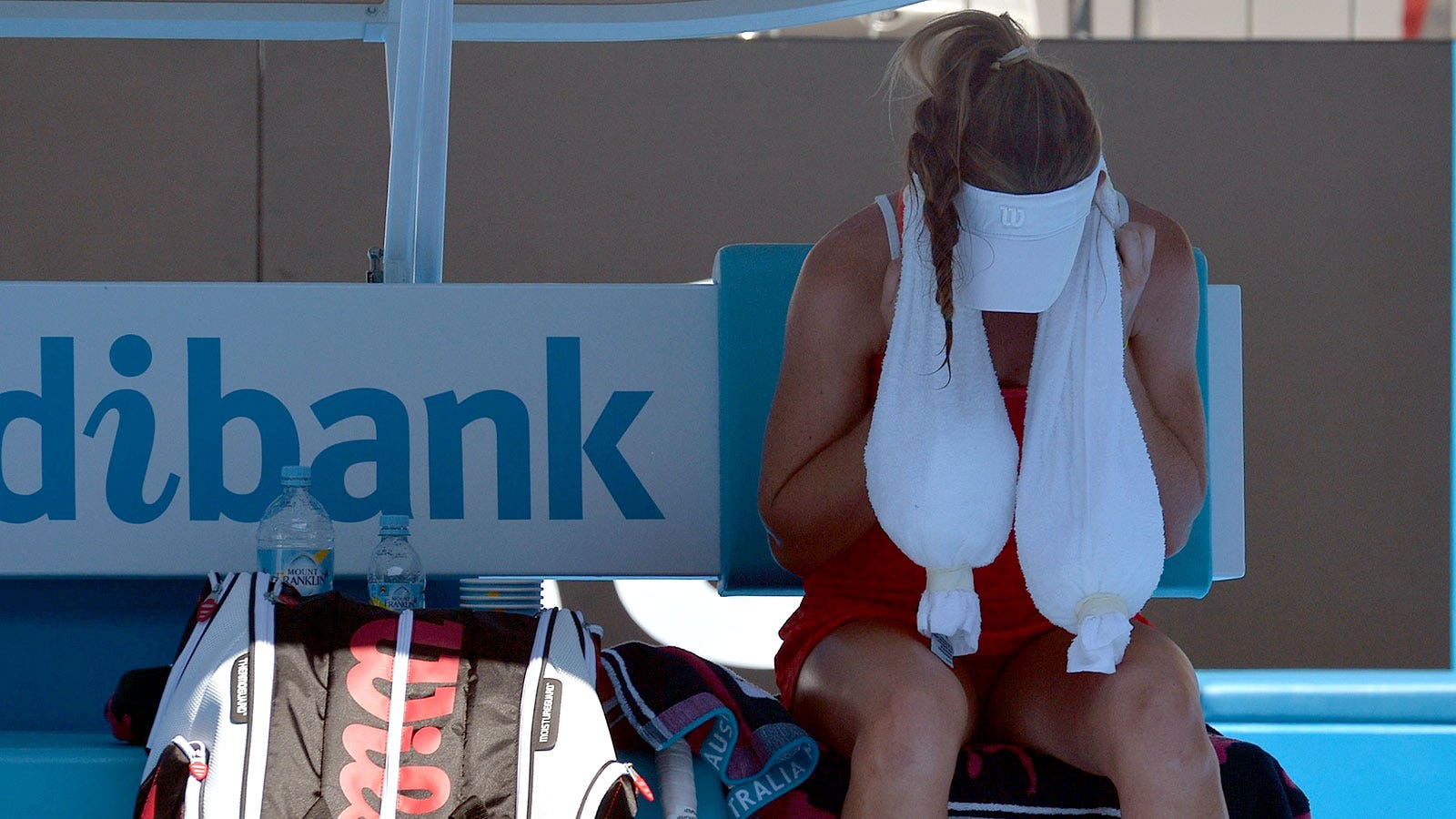 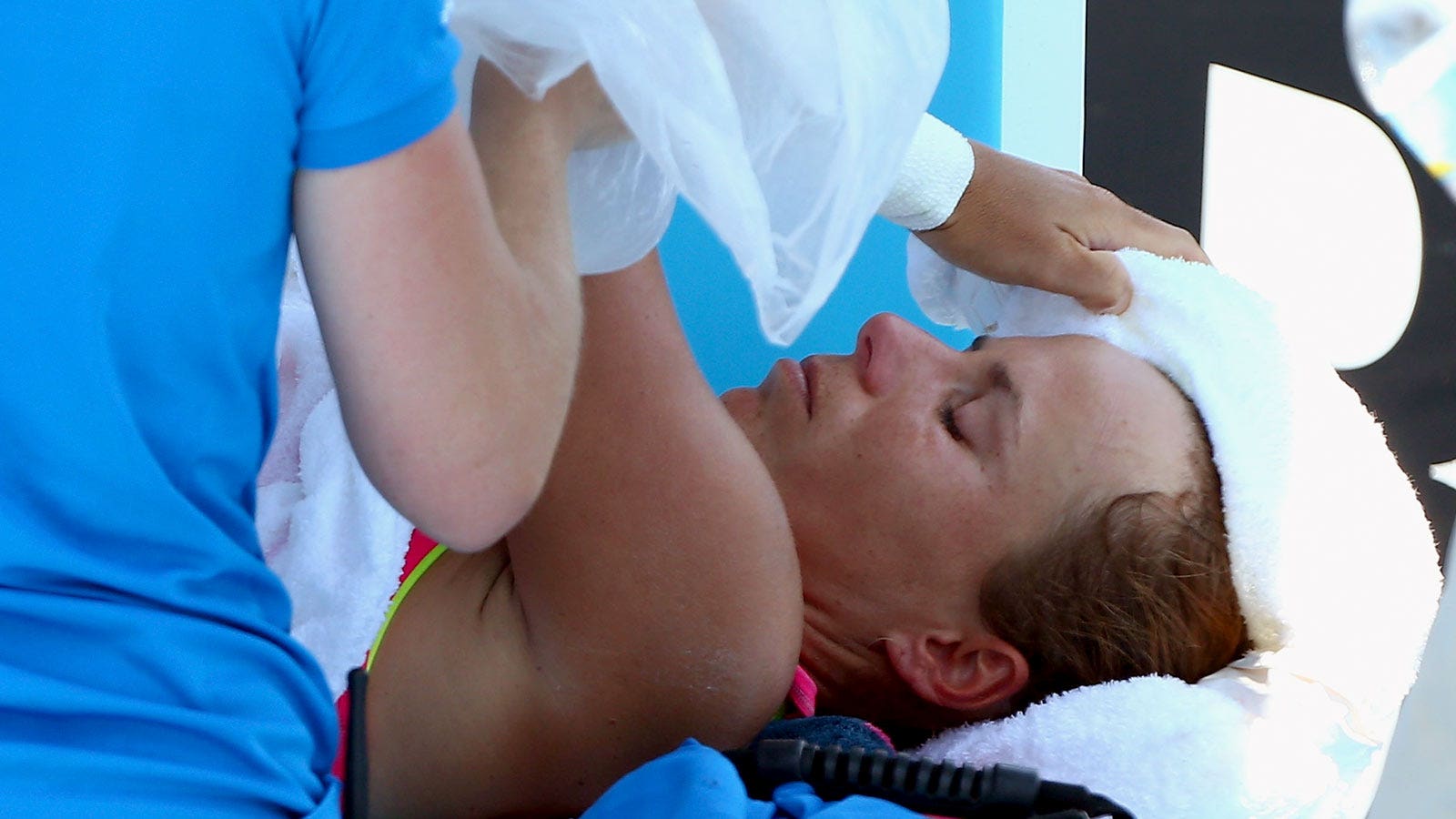 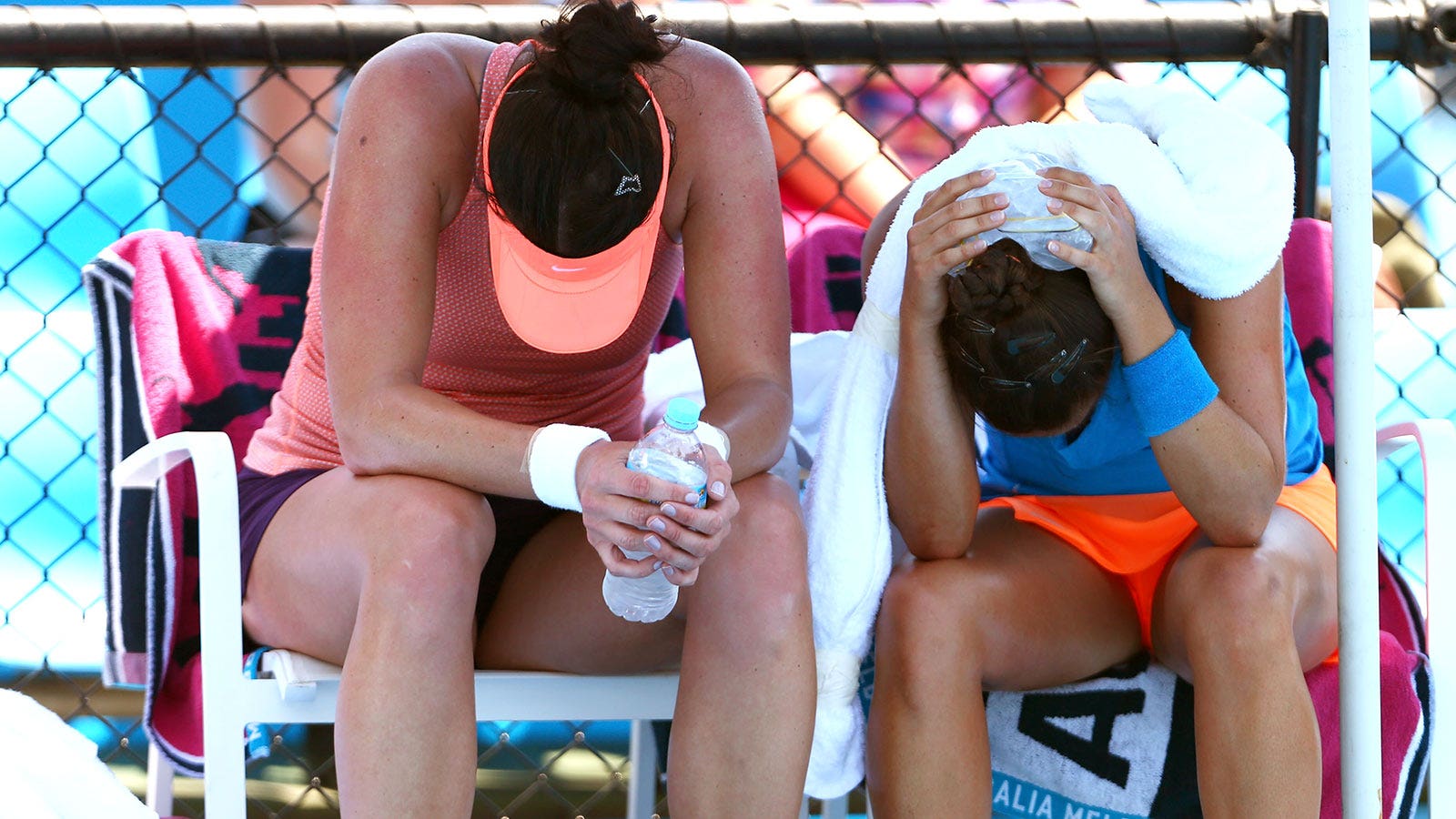 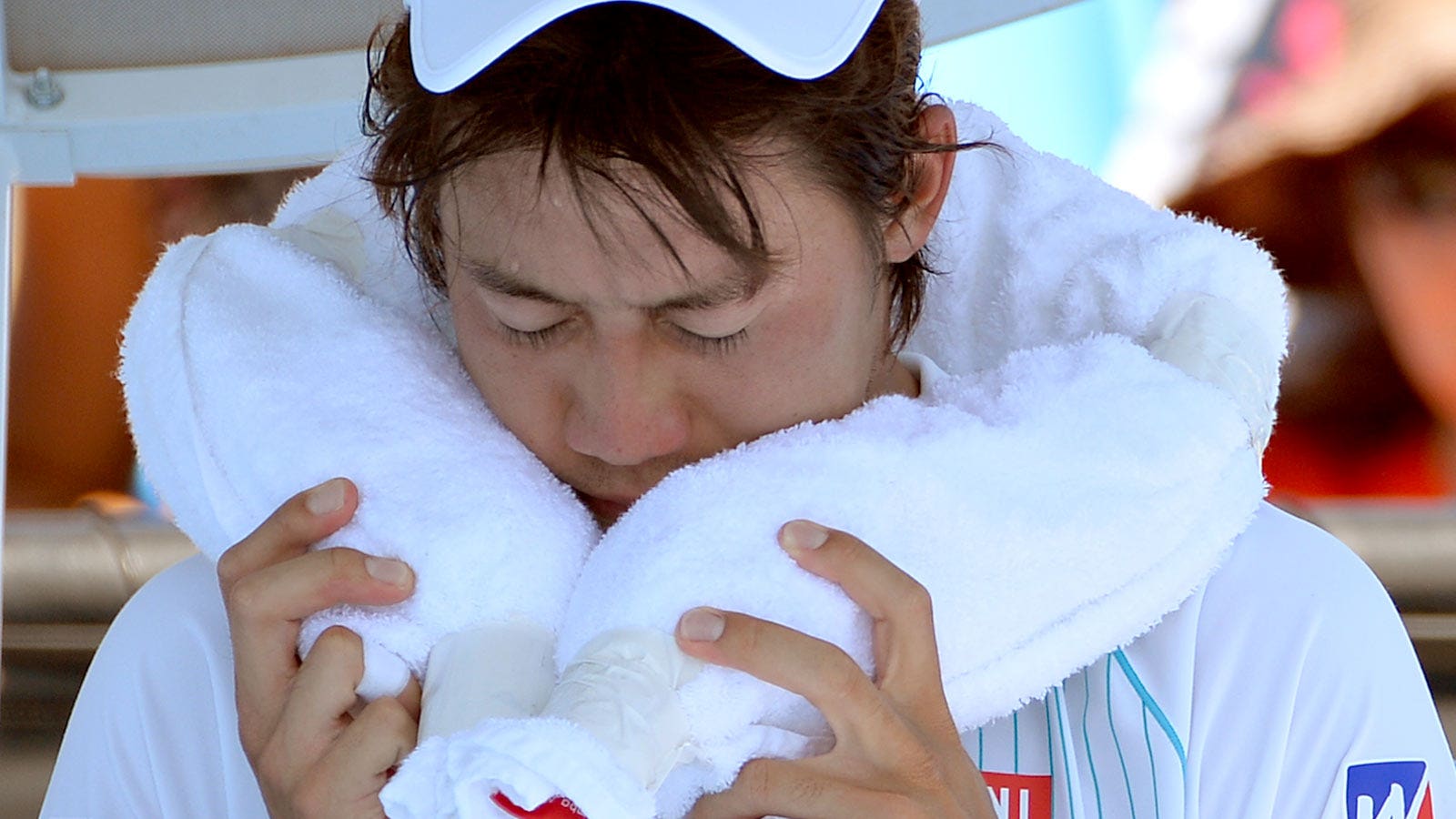