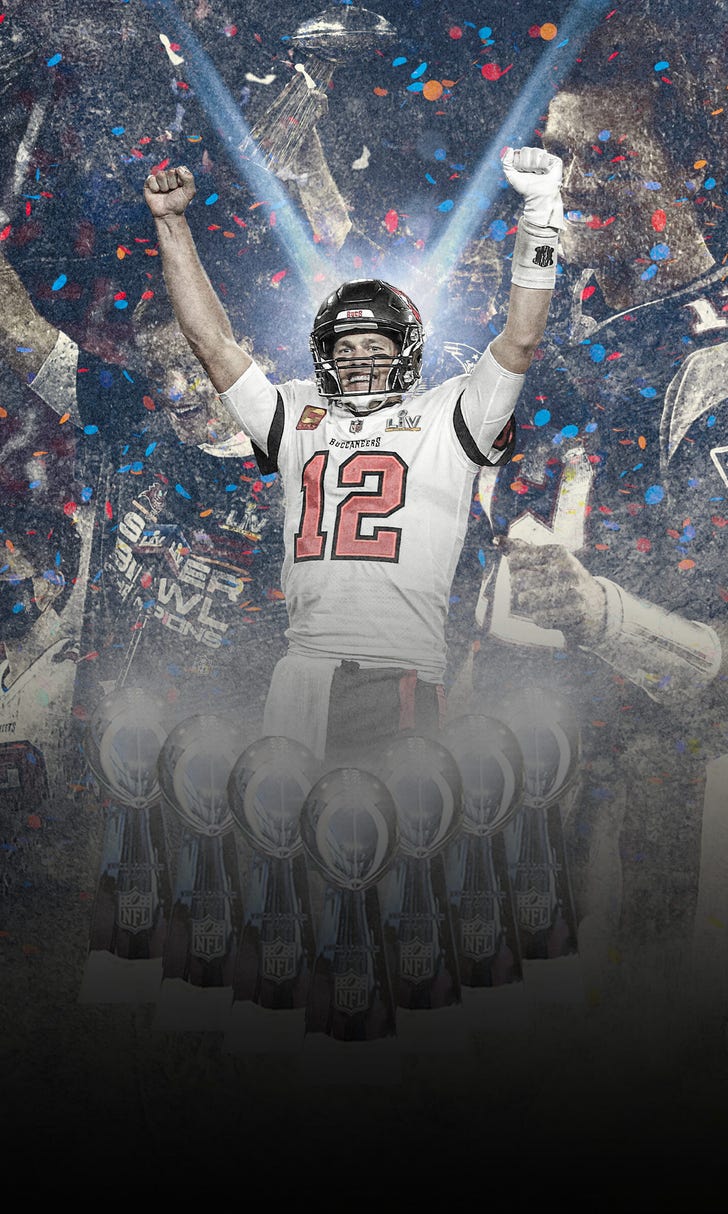 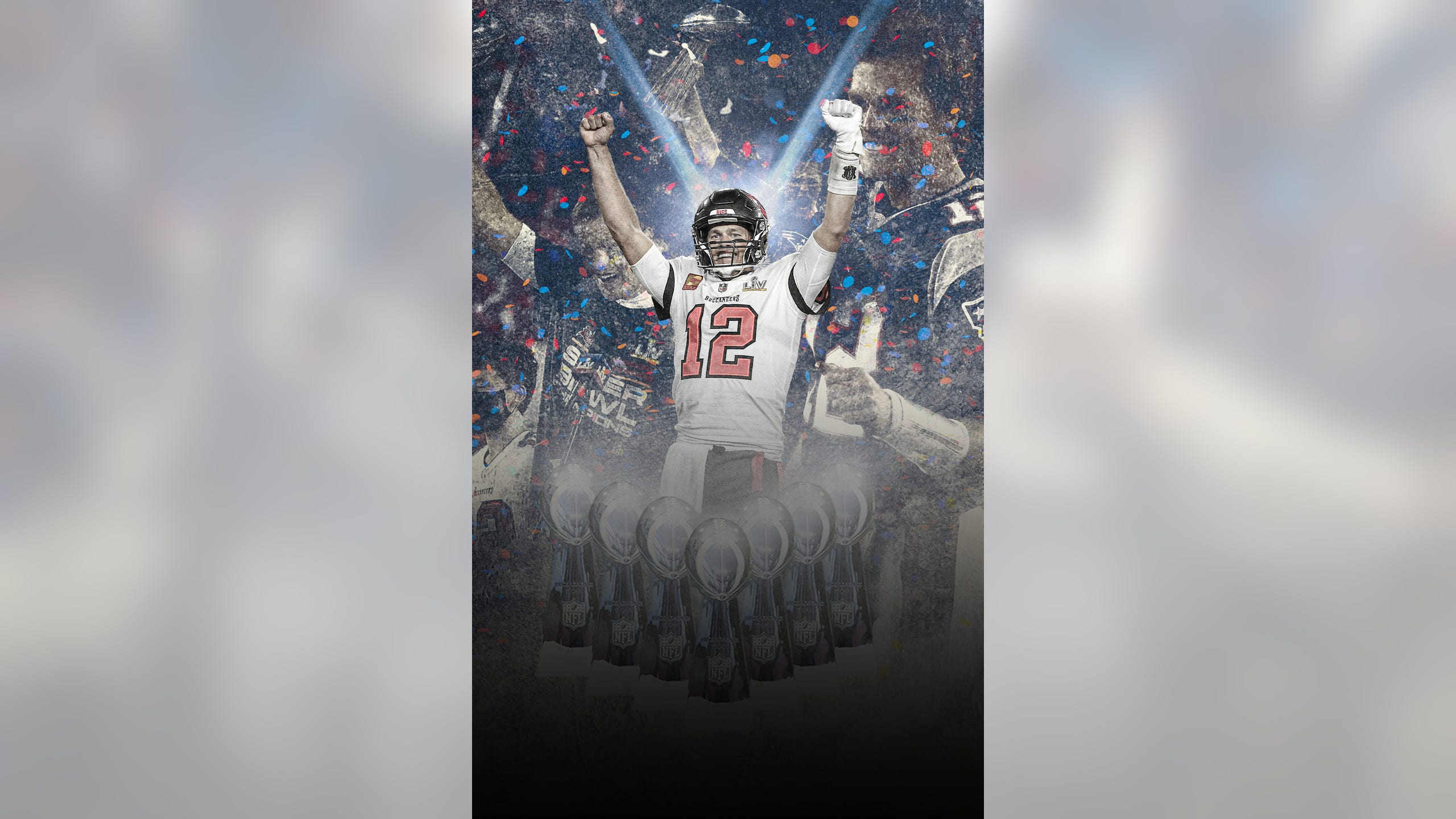 The confetti from the Super Bowl has stopped falling, but the praise continues to rain down.

Tom Brady, fresh off of guiding the Tampa Bay Buccaneers to a 31-9 win against the Kansas City Chiefs on Sunday, is garnering gobs of attention — while putting to rest any debate about whether he's the greatest of all time.

Sunday's win checked another box on Brady's GOAT résumé, as he became the first starting QB to win the championship as both an AFC and NFC representative.

His five Super Bowl MVP awards are two more than anyone else can claim.

That's just the macro view of Brady's accomplishments, though. His performance against the Chiefs warrants special attention, in and of itself.

Brady completed 72.4% of his passes for 201 yards and three touchdowns on Sunday, methodically picking apart the Chiefs' defense as the Bucs strung together touchdowns on three consecutive drives during the heart of the game.

The ageless quarterback posted a passer rating of 125.8, his best mark across his record 10 Super Bowl appearances. 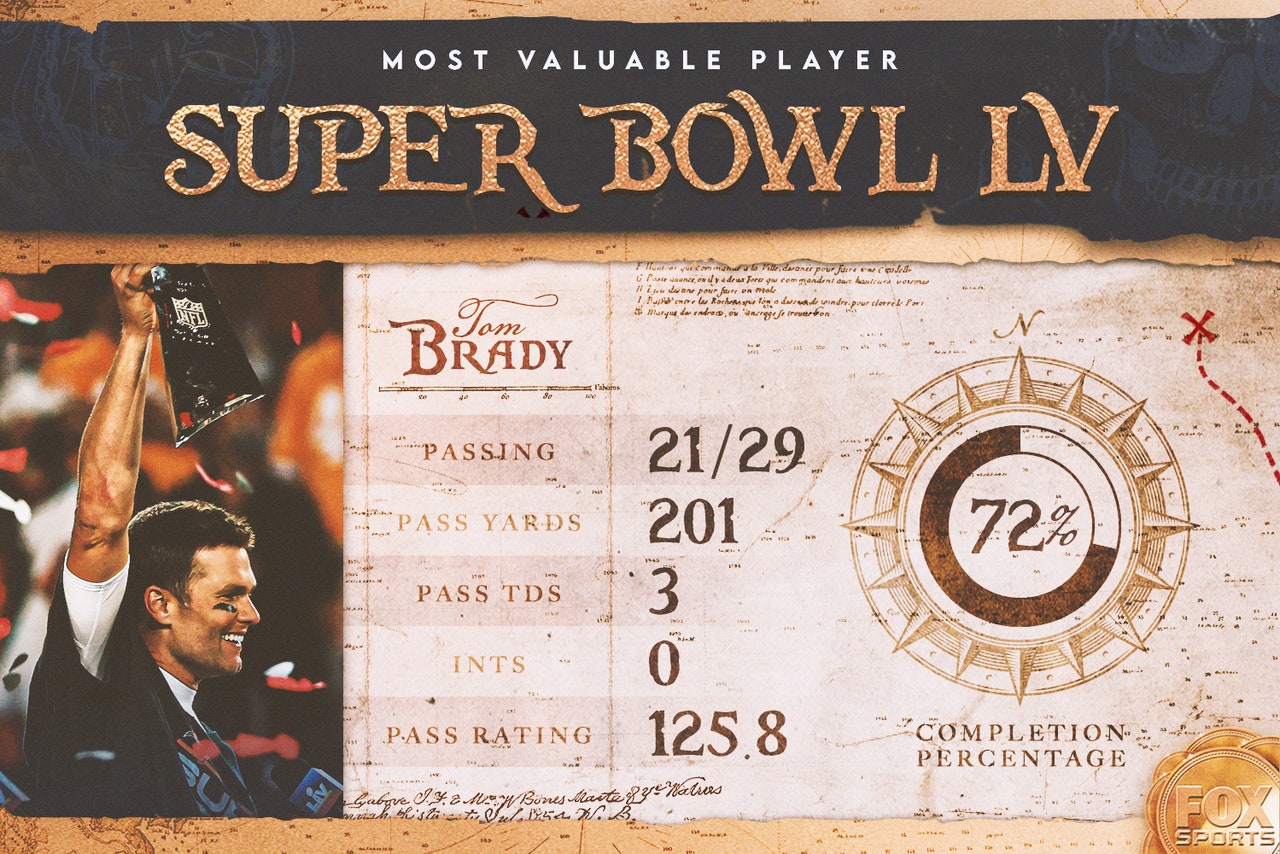 Add it all up, and there's little debate that Brady proved once and for all that he is the GOAT – a sentiment that was reflected across social media on Monday.

Brady-lovers were well within their rights to take a victory lap alongside the quarterback, and many did.

On the flip side, a handful of the most ardent Brady-doubters gracefully took their slice of humble pie.

Here is how commentators and pundits reacted to Brady's seventh title run:

Skip Bayless proudly repped a Brady jersey on "Undisputed" and said he would not entertain any more discussion about Patrick Mahomes usurping the GOAT crown.

Brandon Marshall said the GOAT debate is an open-and-shut case for Brady now, particularly with how Brady outdueled Mahomes.

Chiefs die-hard Nick Wright accepted defeat on "First Things First," eating his fair share of crow for his series of takes on Tom Brady, which Wright declared were worse than "Dewey Defeats Truman."

On "Good Morning Football," Peter Schrager pulled back the curtain on how Brady came to be in Tampa, with Sunday's result being proof positive of the "Brady Effect."

As Dan Orlovsky pointed out on "Get Up," this year's Super Bowl run might very well have been Brady's most impressive. En route to his win, Brady knocked off three presumed Hall of Fame quarterbacks in Drew Brees, Aaron Rodgers and Mahomes.

It's quite clear that Brady could walk off into the sunset ,and nary a person could critique his credentials.

But he isn't resting on those extensive laurels.

"We're coming back. You already know that," he said Sunday.

All that's left for him to do is become the first quarterback to go back-to-back in the Super Bowl since, well, himself in 2004 and '05.

The Bucs and Brady are +800 to win Super Bowl LVI, according to FOX Bet.

Who's planning to bet against him?