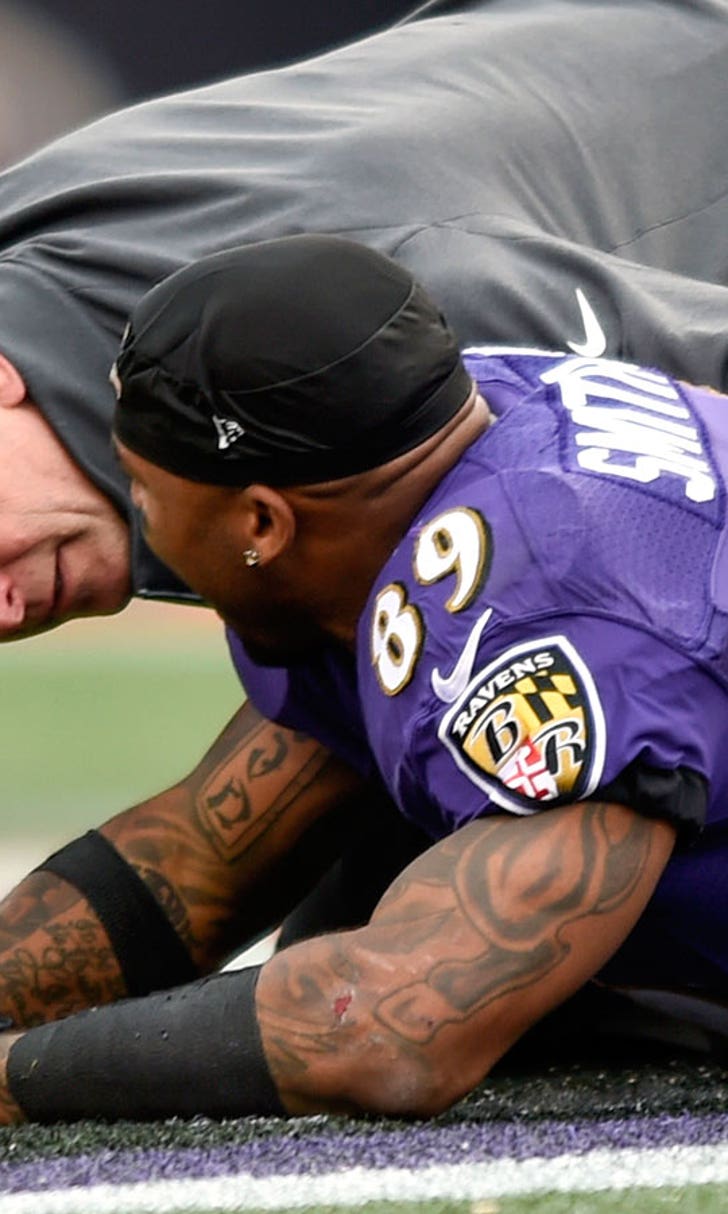 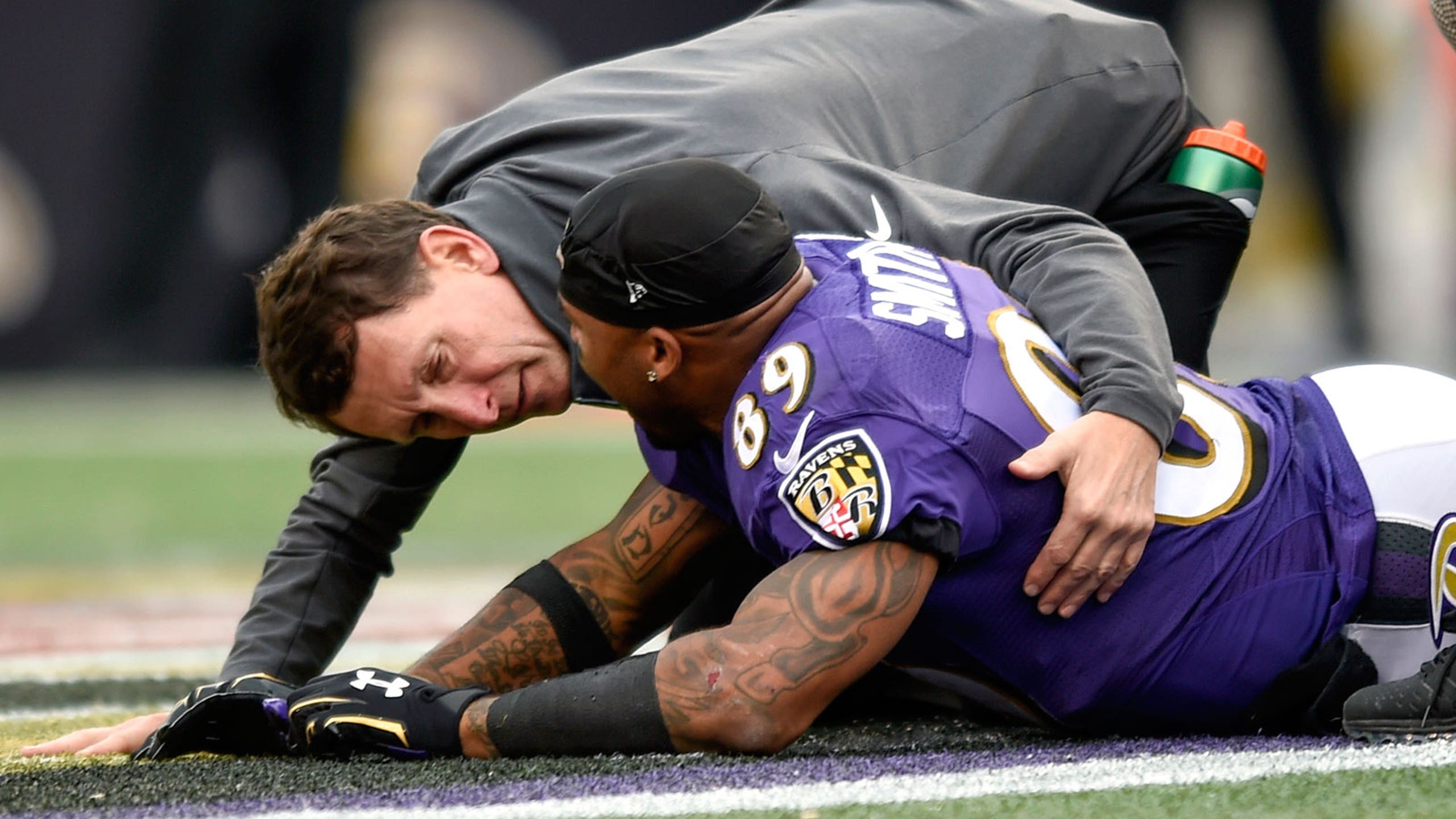 Smith, who leads the Ravens (2-6) with 46 catches, 670 yards receiving and three touchdown receptions, is scheduled to have surgery next week in Charlotte, North Carolina.

Smith was tackled by Chargers cornerback Jason Verrett on a 17-yard catch and needed to be helped off the field Sunday.

The 36-year-old Smith said in August that he will retire after this season, his 15th in the NFL. If he changes his mind, he's got an open invitation to return to Baltimore from coach John Harbaugh.

Smith has been one of the NFL's most productive and combative receivers throughout his career. He was extremely popular among the Ravens.

''Great guy, great teammate,'' linebacker Elvis Dumervil said. ''It's tough, but in the NFL it happens. We can't feel sorry for ourselves. We just have to keep going.''

''Even without losing Steve, we felt like the tight ends were going to take on a bigger and bigger role,'' Harbaugh said. ''I think that's going to happen either way.''

The Ravens signed receiver Joe Morgan, a five-year NFL veteran who played in 21 games with eight starts for New Orleans.