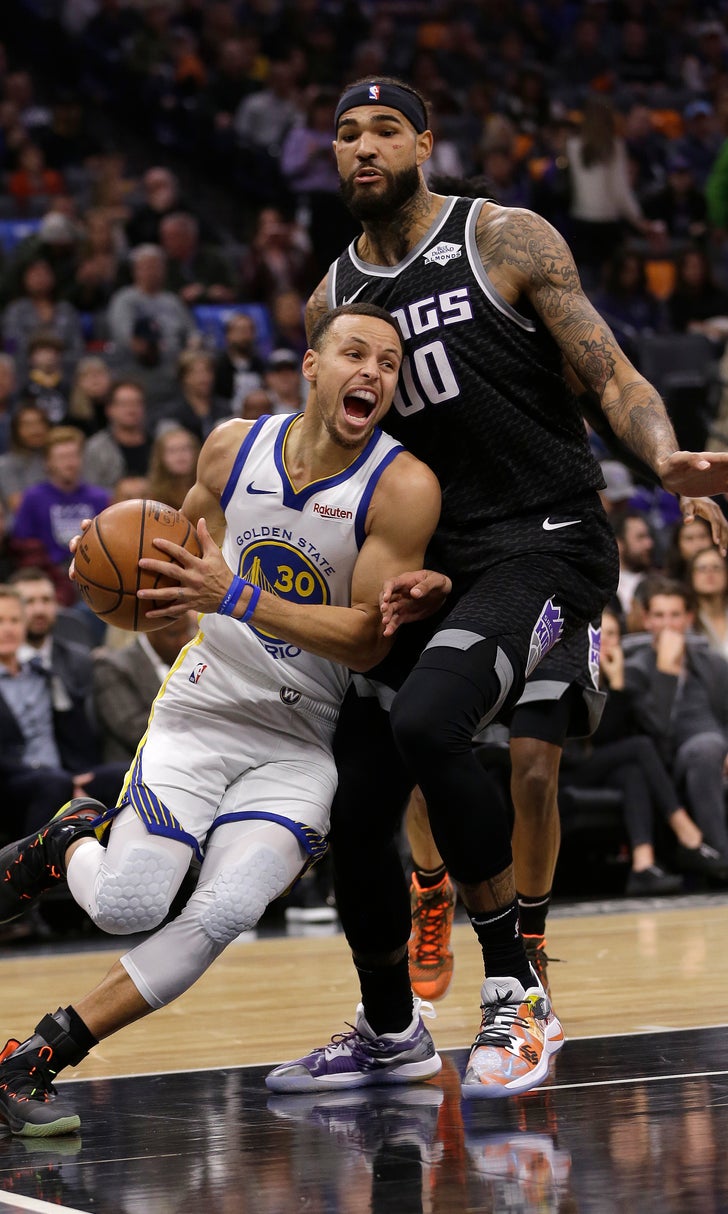 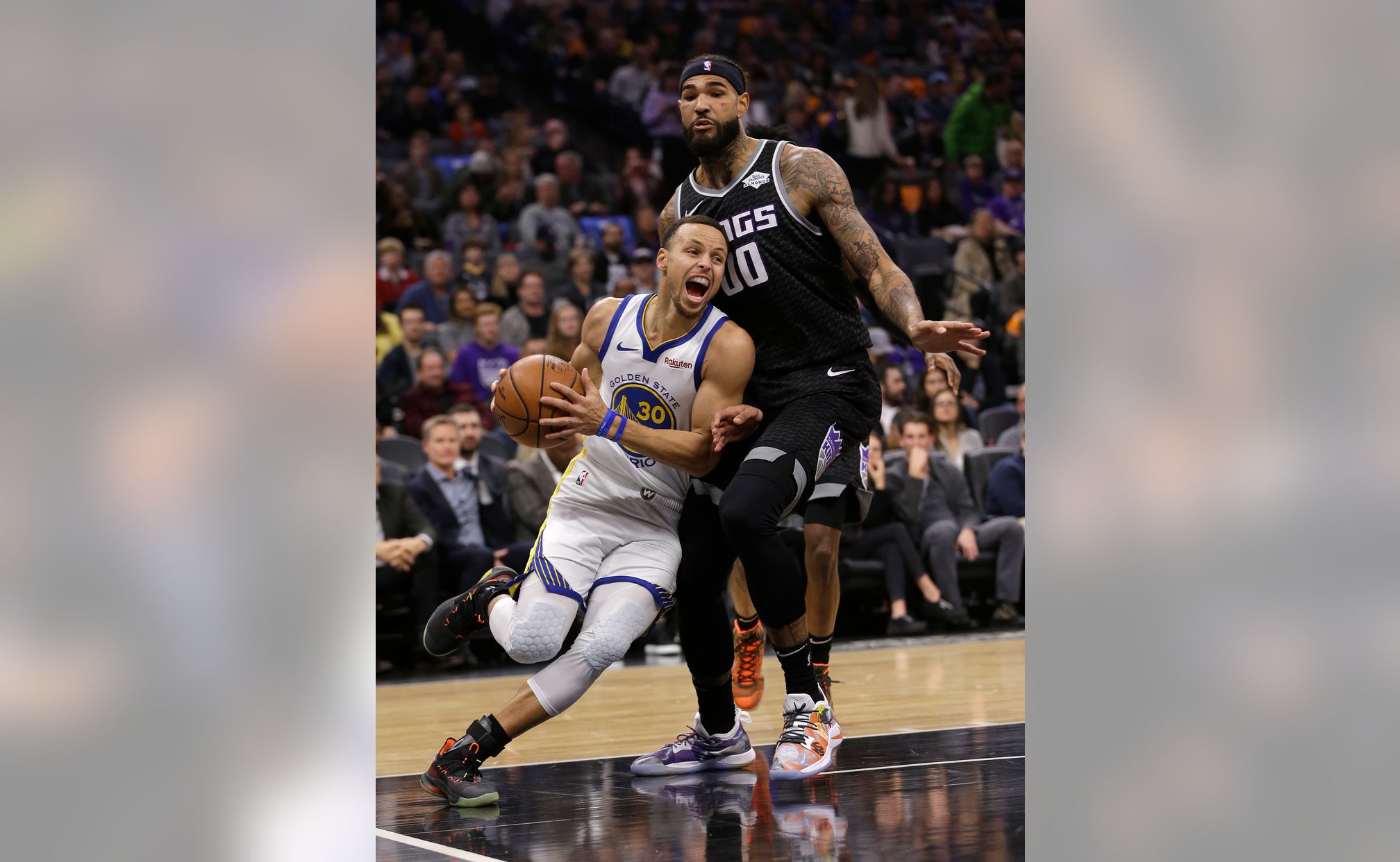 That might be nitpicking, especially on a night when Golden State and Sacramento set an NBA record for combined 3-pointers, but it's a concern for the two-time defending champs nevertheless.

Not that it bothered Stephen Curry much.

Curry scored 20 of his 42 points in the fourth quarter and had 10 3-pointers, and the Warriors held on to beat the Kings 127-123 on Saturday night.

"At the end of the day we know in order to win a championship we have to get stops, and we did that in the fourth quarter," Curry said. "The 3s that they were getting were mostly in transition and on breakdowns, just not communicating, and obviously they made us pay by making them."

Kevin Durant added 29 points, nine assists and five rebounds, and Klay Thompson scored 20 points to help the Warriors take a 3-0 lead in the season series. The three games have been decided by a total of 10 points.

"Just an incredible offensive display by both teams," Kerr said. "The problem for us was the (13) turnovers. Every time we turned the ball over it was a 3 or a dunk. That's what kept them in the game."

Coming off a 135-134 overtime loss to Houston on Thursday night when they let a 20-point lead slip away, the Warriors blew another big lead in the third quarter before storming past the Kings over the final 12 minutes.

Curry led the way with five 3s in the fourth, and had a pair of key three-point plays. Curry also closed out the quarter with a pair of free throws with 9.4 seconds left.

That ended a frenzied game in which the teams combined for 41 3-pointers. Golden State shot 21 of 47 beyond the arc while Sacramento was 20 of 36. The 20 3s were a franchise record for the Kings.

Justin Jackson added a career-high 28 points, and Willie Cauley-Stein had 14 points and 13 rebounds.

"I hope it was fun to watch," Kings coach Dave Joerger said. "At the end they just clamped down and kept us in front, forcing tough shots."

The teams exchanged 15-0 runs in the first half.

Golden State made four consecutive 3-pointers, including a four-point play by Quinn Cook, and Durant soared through the key for an emphatic two-handed dunk that put the Warriors up 37-22 in the first quarter. The Kings made their surge in the second behind 3s.

Kings: Hield had five 3s in the third when Sacramento turned an 81-73 deficit into a 103-96 lead. ... Marvin Bagley III is expected to resume basketball activities within the next 10-14 days. The second overall pick in the draft, Bagley has been out since Dec. 14 with a bruised bone in his left knee. ... Iman Shumpert was held out with a sprained right index finger.

The game was paused briefly when Durant suffered a minor cut, but the Warriors star forward raised his eyebrow when the Golden1 Center announcer said the timeout was because of infectious disease control.

"Me and that guy have a great relationship," Durant said. "He threw me off when he said that because I had never heard that in an arena before."

"We were not too far off, just a couple of possessions. They sensed it. But it's going to come. It might not be this year, but maybe next year." — Hield, on the Kings closing the gap with the Warriors.

Thompson Tears Achilles, Will Miss '21 Season
Klay Thompson is expected to miss the 2020-21 NBA season after tearing the Achilles in his right leg.
4 days ago

UPDATE: Klay Thompson Injury Confirmed
The Warriors star has suffered another catastrophic leg injury. Here's all the latest, including his status for the season.
4 days ago