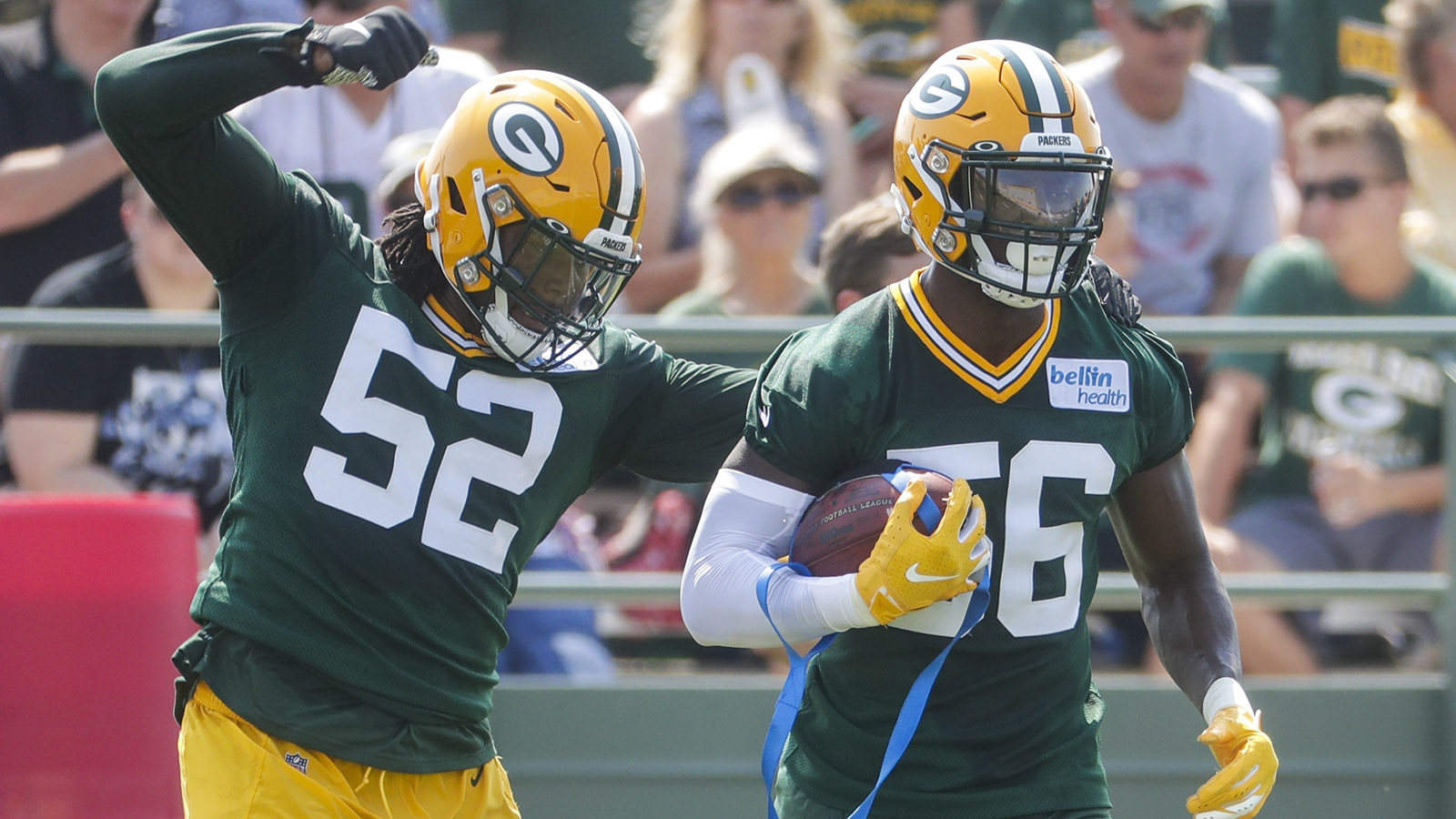 GREEN BAY, Wis. — The Green Bay Packers are hoping this is the year — for the first time in nearly a decade — their defense becomes more of an asset than a liability.

Green Bay made it a priority this offseason to upgrade the defense, which hasn’t cracked the top 10 in the league in points or yards allowed in the past eight seasons. The Packers added safety Adrian Amos and pass rushers Za’Darius Smith and Preston Smith in free agency, and they used first-round draft picks on outside linebacker Rashan Gary and safety Darnell Savage.

Early in training camp, defensive coordinator Mike Pettine’s unit is humming. Whether it’s Za’Darius Smith dominating in pass-rush drills or fourth-year linebacker Blake Martinez picking off Aaron Rodgers in the red zone, the defense, for the first time in a long time in Green Bay, is getting the upper hand.

“They’re in their second year with coach Pettine,” Rodgers said. “I think Blake is very comfortable as kind of the quarterback of the defense. We’ve brought in a lot of maturity in that group. … It’s just a different feel on that side of the ball. I feel like there’s a little more juice.”

The last time the Packers had any juice on defense, they won their only Super Bowl of Rodgers’ 11 years as starting quarterback. The 2010 Green Bay defense ranked in the top five in nearly every statistical category and boasted three All-Pros in safeties Charles Woodson and Nick Collins and linebacker Clay Matthews.

Safety Tramon Williams, a Pro Bowler on that Super Bowl-winning team, said he sees a lot of those same characteristics in the rookies on this defense, especially cornerback Ka’Dar Hollman, a sixth-round draft pick.

“He’s a scrappy, strong individual,” said Williams, who is in his 13th training camp. “He wants to get up there and fight with these receivers, and that’s a great thing in this league. Because nowadays that’s what coaches want, that’s what they want to see. They want to see you get in the guy’s face and knock the receivers off their routes and challenge these guys, not give up easy completions.”

Pettine believes the defense this year has more speed, athleticism and pass-rushing talent than in 2018, when his unit ranked 18th in the league in yards allowed. Some holdovers are having strong camps as well, including Martinez and third-year defensive lineman Montravius Adams, whom Pettine called the most improved defender in camp.

“We just feel very comfortable with the depth, just the (players) we brought in — whether it was free agency or draft picks. Anytime you can add either experienced players or young, explosive athletes who have been able to do it in college,” Pettine said. “So, cautiously optimistic, but I have a feeling everybody around the league is right now.”

While new coach Matt LaFleur has been asking for more urgency on offense, Pettine has been pleased with how quickly his players have acclimated to the system.

“As a staff, those of us who are back and then the new additions, the one thing we did in the offseason was we wanted to make sure we cleaned up some of the issues with the scheme and simplified it,” he said. “We have fewer calls this training camp and simplified some things, obviously took some things out. I think that’s helped because the guys we brought in are all football smart. They’ve picked it up quick.”