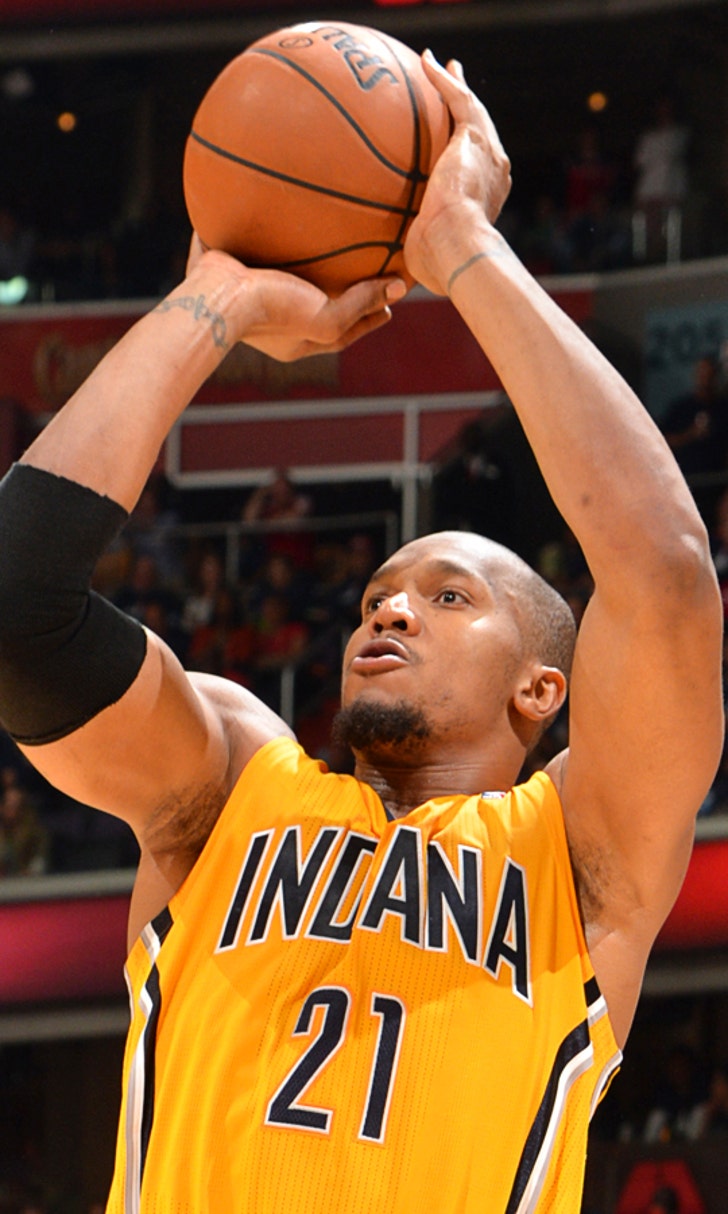 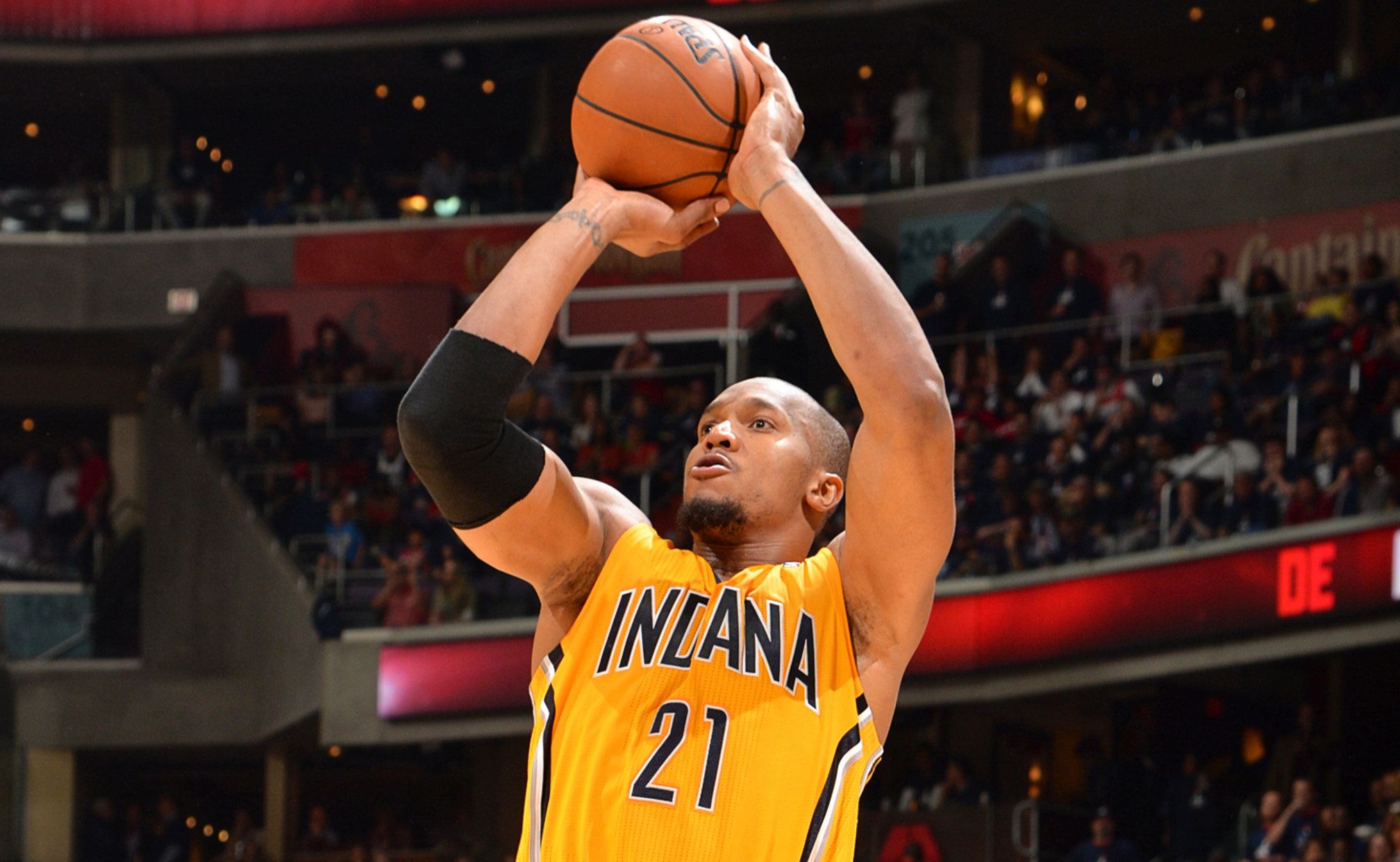 Pacers advance to face Heat with strong finish vs. Wizards 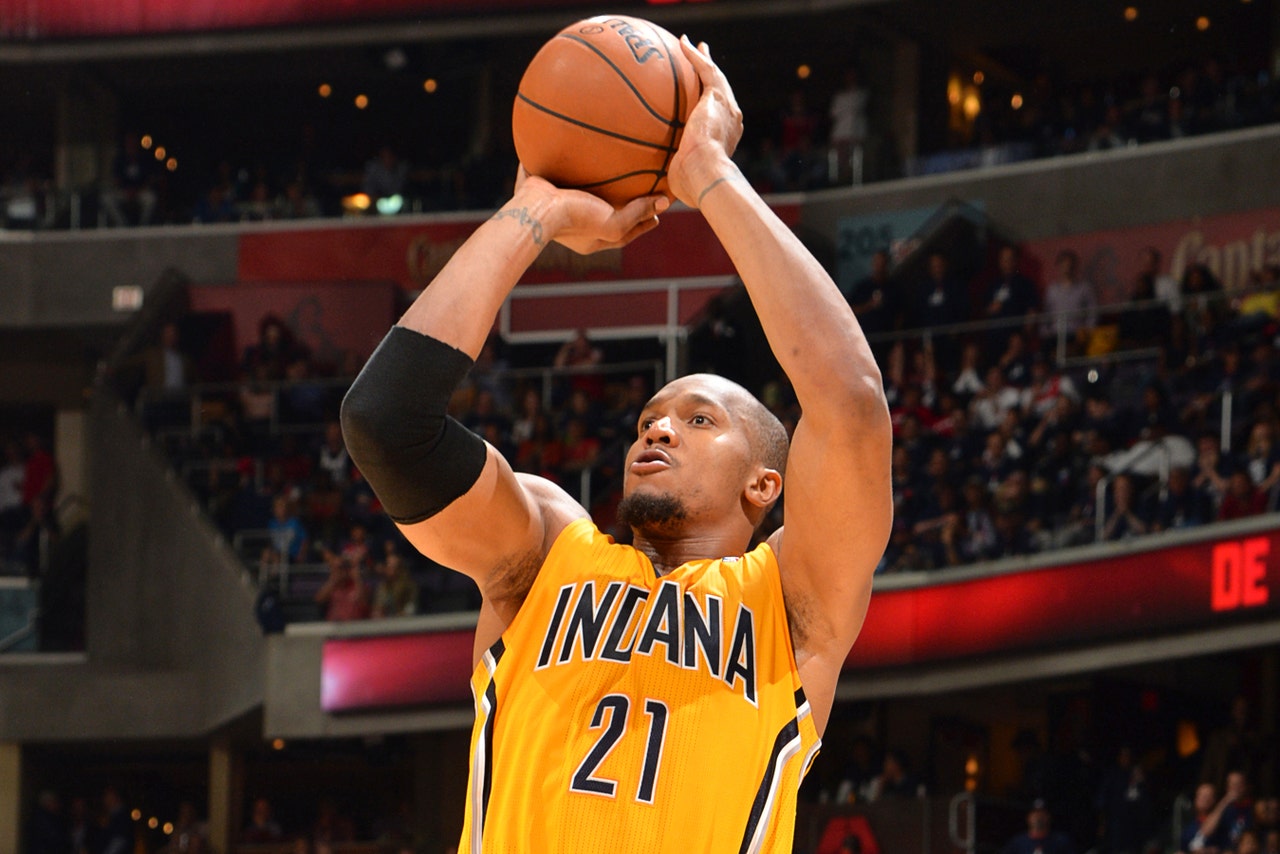 The doubts raised about the Indiana Pacers were more than justified. The way they dispatched the Washington Wizards shows that perhaps the Pacers have dismissed any and all dysfunction.

Roy Hibbert revived himself in Game 2. Team defense smothered the way to a win in Game 3. Paul George went off for 39 points in Game 4. And, after an ugly Game 5, David West came up big in the clincher.

West scored 29 points Thursday night, the Pacers blew a 16-point second-half lead but pulled away late in a 93-80 win that ousted the Wizards in six games.

So, for all their mysterious slumps and chemistry curiosities, the Pacers are back where they were last season -- playing the Miami Heat in the Eastern Conference finals. Game 1 against the two-time defending NBA champions is Sunday in Indianapolis.

"We just keep a bubble," said Hibbert, whose off-and-on disappearing act was one of the more baffling late-season developments. "We don't try to let our emotions show too much. Sometimes it does. But we stuck together."

Indiana took Miami to seven games a year ago. If the Pacers spread the wealth the way they did against the Wizards, LeBron James and the Heat could be in for a tough series.

On Thursday, it was West's turn. He went 13 for 26 from the field -- a career playoff-high in shot attempts. His pair of jumpers, including a tough fade-away, started a game-ending 20-6 run after Bradley Beal's 3-pointer gave the Wizards a one-point lead with 8 minutes to play.

"When David West has that look, when he's assertive and he demands the ball, I know we're in good hands," said George, who was just 4 for 11 and scored 12 points. "He's never failed us when he's given us that look and he's told us in the huddles, `Get me the ball.'"

The Wizards were ultimately undone by an inability to win at home, going just 1-4 at the Verizon Center and 5-1 on the road in the playoffs.

The future looks bright, however, with youngsters Wall and Beal manning the backcourt.

"Nobody expected us to be here," Wall said. "I think a lot of teams respect us now. We definitely made Indiana earn it."

They appeared to have a fix on the home-court demons when Beal stole a rebound from Hibbert, then hit the 3-pointer that put the Wizards up 74-73.

But that was Washington's only lead of the second half. The Wizards went five minutes without a point, including a span of three turnovers in four possessions, and scored only two field goals the rest of the way.

"We spent so much energy trying to just make that comeback," Beal said, "we just ended up being dead at the end."

The Pacers were 33-7 on Jan. 20 before limping to the finish, barely holding on to the conference's No. 1 seed. Things didn't look much better when they were pushed to seven games in the first round by eighth-seeded Atlanta, or when they lost Game 1 at home to the Wizards.

Then after winning three in a row, there was the embarrassing Game 5, when Indy lost by 23 and was outrebound 62-23.

"Nobody was happy about it," Indiana coach Frank Vogel said. "And they came out and played angry."

The Wizards had to reschedule a Lady Gaga concert to host the game, upsetting the singer's fans and prompting an apology from team owner Ted Leonsis. Instead of Little Monsters in the arena, there were big ones -- such as a 56-40 deficit early in the third quarter.

But the Wizards answered with an 11-2 run capped by Wall's 1-on-3 transition layup, Washington's first fast-break basket. Wall was particularly assertive at the start of the fourth quarter, but the Pacers' defense held firm when it mattered, with nary a sign of adversity.

"We've been through it all this season," said Lance Stephenson, who added 17 points. "And I feel like everything that we went through made us stronger."

NOTES: Wall expressed his support for coach Randy Wittman, whose contract is expiring. . . . Gortat on the Wizards' home woes: "Maybe we have to be locked before the game in the hotel and have a team breakfast in the morning, have two buses from the hotel to the game."