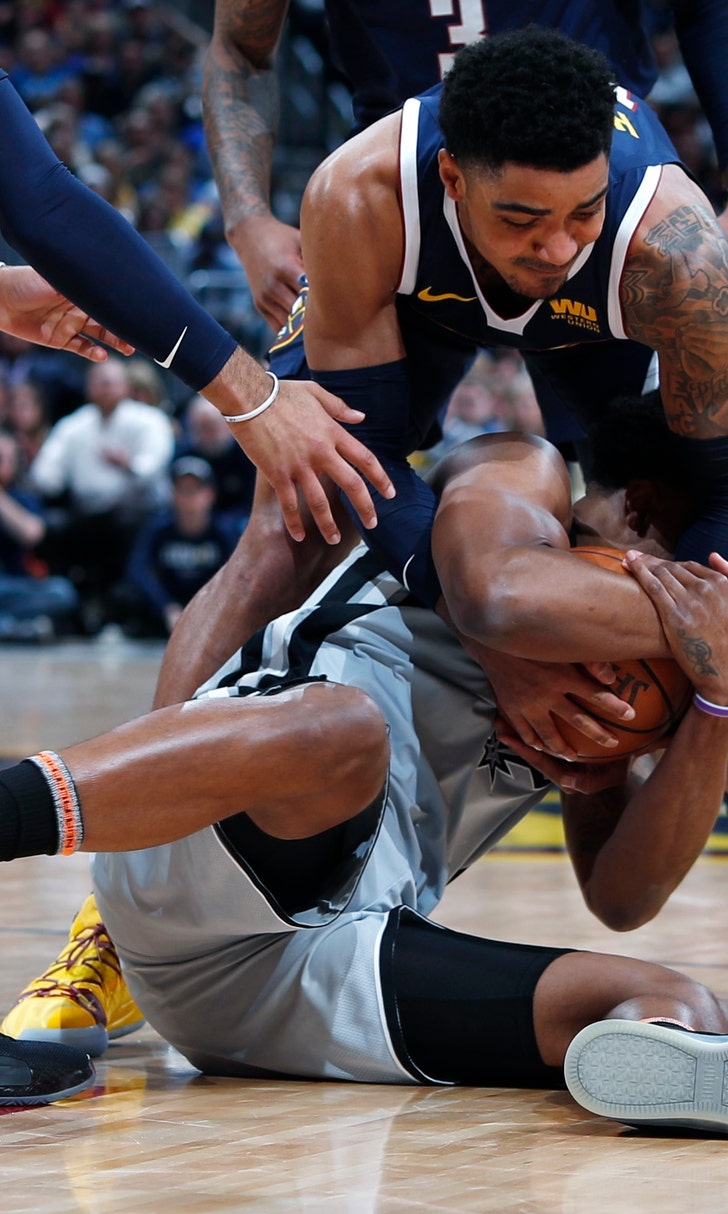 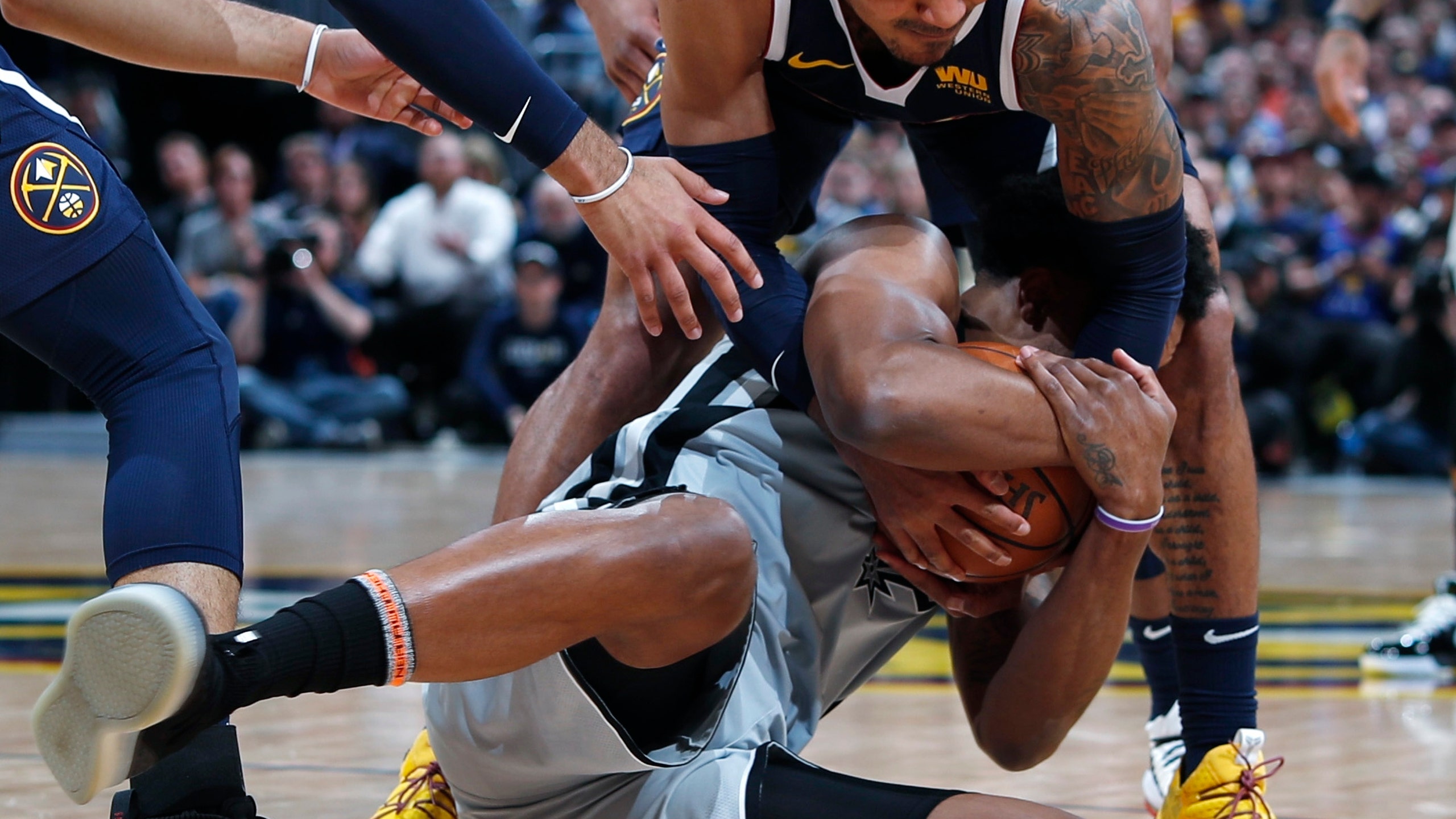 Nuggets move on to face Blazers in 2nd round of playoffs

DENVER (AP) — The celebration will be short-lived for the Denver Nuggets after winning a playoff series for the first time in a decade.

After all, Portland awaits.

The Nuggets knocked off San Antonio 90-86 in Game 7 on Saturday night to move on to the Western Conference semifinals.

A mere hours after their big win — their first series victory since 2009 — the second-seeded Nuggets host a rested Trail Blazers team. Game 1 is Monday, with Game 2 on Wednesday before shifting to Portland. The Blazers have had a few days off after beating Oklahoma City in five games.

On Sunday afternoon, it's back to the business of basketball. Denver was 3-1 against the Blazers in the regular season.

"It's the next challenge. We're going to come in locked in," Nuggets guard Gary Harris said. "We'll watch a lot of film and we'll be ready."

Although the Nuggets had some success against Portland this season, they expect to see an entirely different version. Portland lost Jusuf Nurkic when he broke his leg in an overtime victory at home over the Brooklyn Nets on March 25.

They could be without Enes Kanter, whose status for the second round of the playoffs remains uncertain because of a shoulder injury.

"It's playoff basketball. They're going to come with some new stuff we haven't seen," guard Monte Morris said. "We're not going to be 100 percent as far as being prepared. They've got guys over there who can just break a play off and call their own number."

More specifically, CJ McCollum and Damian Lillard, who hit the winner at the buzzer close out the Thunder on his way to a 50-point night.

The same goes with Nikola Jokic, who posted two triple-doubles in the series against the Spurs. Told his numbers for the series — 162 points, 85 rebounds, 64 assists — Jokic quickly added another:

Since making the Western Conference finals in 2009, the Nuggets have bowed out in the first round on four occasions. This was their first playoff appearance in six seasons.

"We'll turn the page and start getting ready for them," Malone said.

First, though, a little celebrating.

"We worked hard for this win and we're not going to let anyone take it away from us," Millsap said. "We're prepared. We've been prepared for them all year. I think we've got a pretty good scout on them. Damian Lillard's on a tear right now. Try to calm him down is going to be key for us."

NBA MVP Watch: LeBron Leads The Pack
As the NBA season reaches its midway point, is the MVP award LeBron James' to lose? Here's the latest on the contenders.
4 hours ago

NBA MVP Watch: LeBron Out Front
LeBron James is leading the pack of MVP candidates while Anthony Davis is on the mend. Who's closest to catching the King?
February 22

Win $25,000 With NBA Super 6
Denver-Boston and Brooklyn-Phoenix highlight a busy Tuesday in the NBA. Download the FOX Super 6 app, and you could win big!
February 16
those were the latest stories
Want to see more?
View All Stories
Fox Sports™ and © 2021 Fox Media LLC and Fox Sports Interactive Media, LLC. All rights reserved. Use of this website (including any and all parts and components) constitutes your acceptance of these Terms of Use and Updated Privacy Policy. Advertising Choices. Do Not Sell my Personal Info