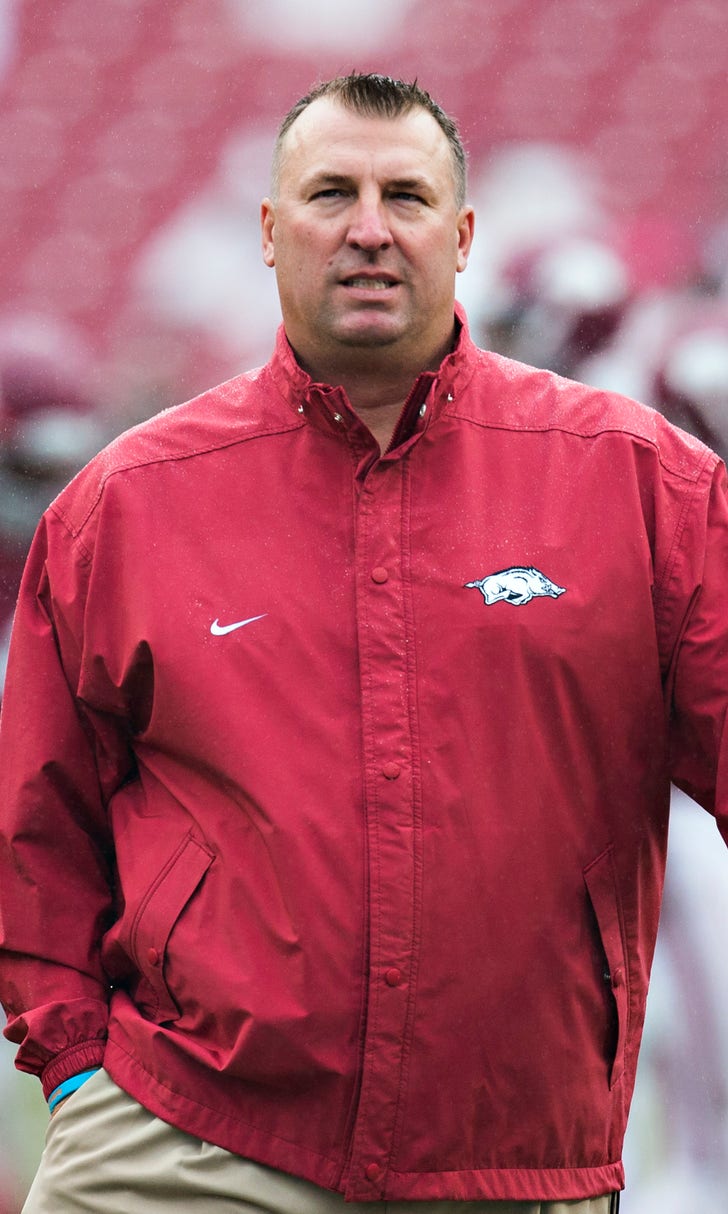 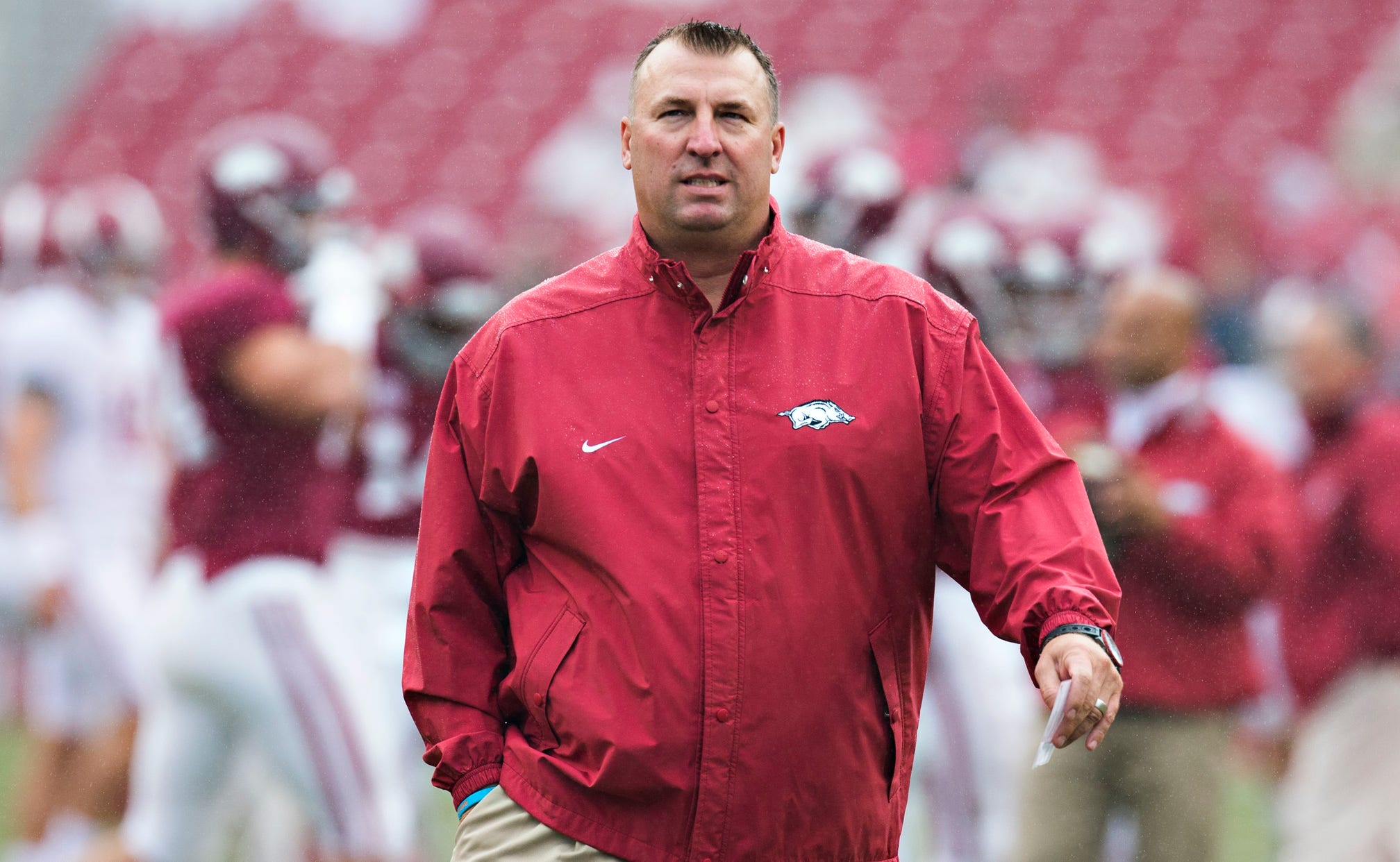 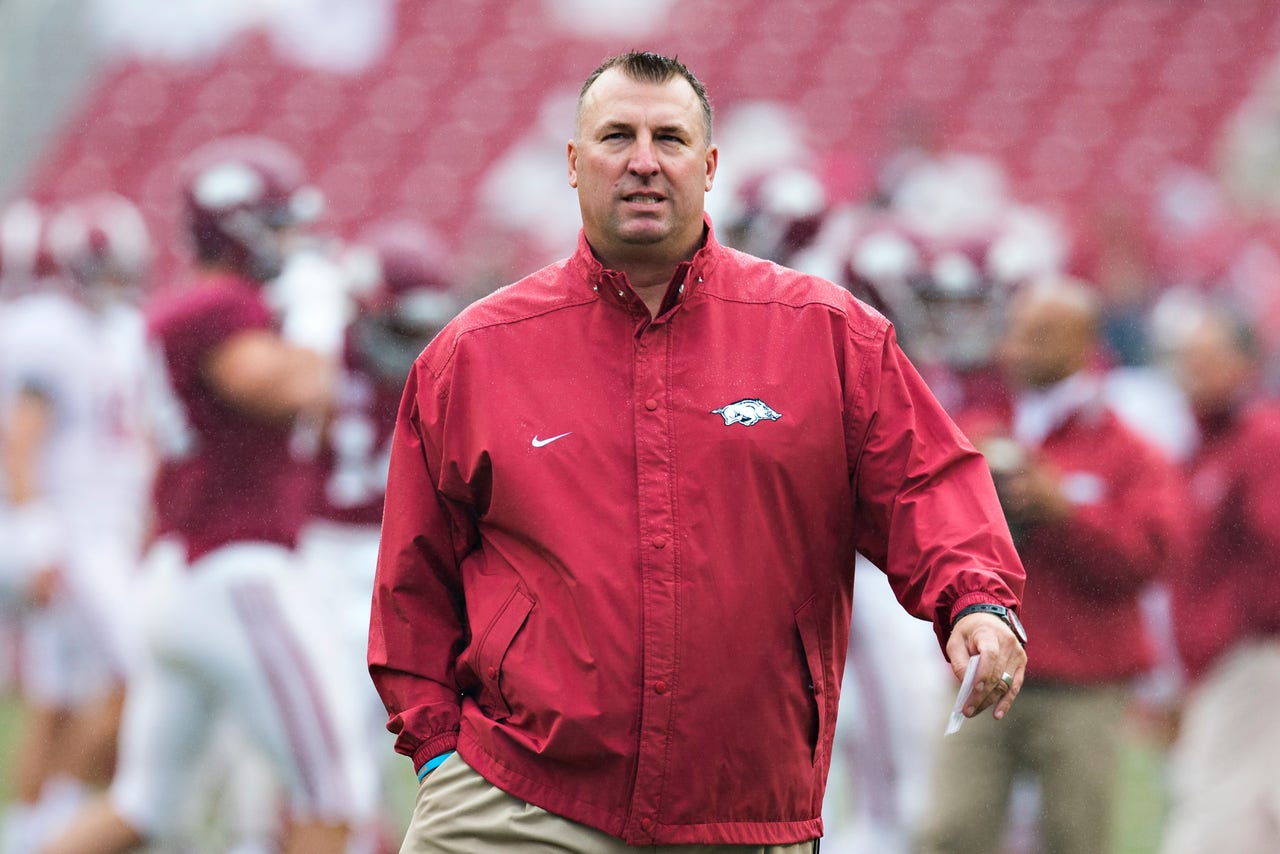 When you hear the name "Bret Bielema" the words innovative idea machine aren't exactly what come to mind. But on Tuesday the Arkansas football coach shared an idea that could very well shake up the NFL Draft as we know it.

In an interview with Arkansas radio show "SportsTalk with Bo Mattingly" Bielema said that he believes that underclassmen should be allowed to return to school if they enter the draft and go undrafted.

The idea comes on the heels of Arkansas guard Denver Kirkland going undrafted, and according to Bielema he is already reaching out to other coaches who have players in the same situation.

Here's what Bielema said, via CoachingSearch.com:

From there, Bielema went one step further: Forget undrafted players. How about players who are drafted but not necessarily in the spot they envisioned? Should they be allowed to come back too?

The first part --- the idea of allowing undrafted players to return to school -- is an interesting one, although it could cause chaos in the college football and NFL ranks, not all that different from what's going on in the NBA Draft right now. 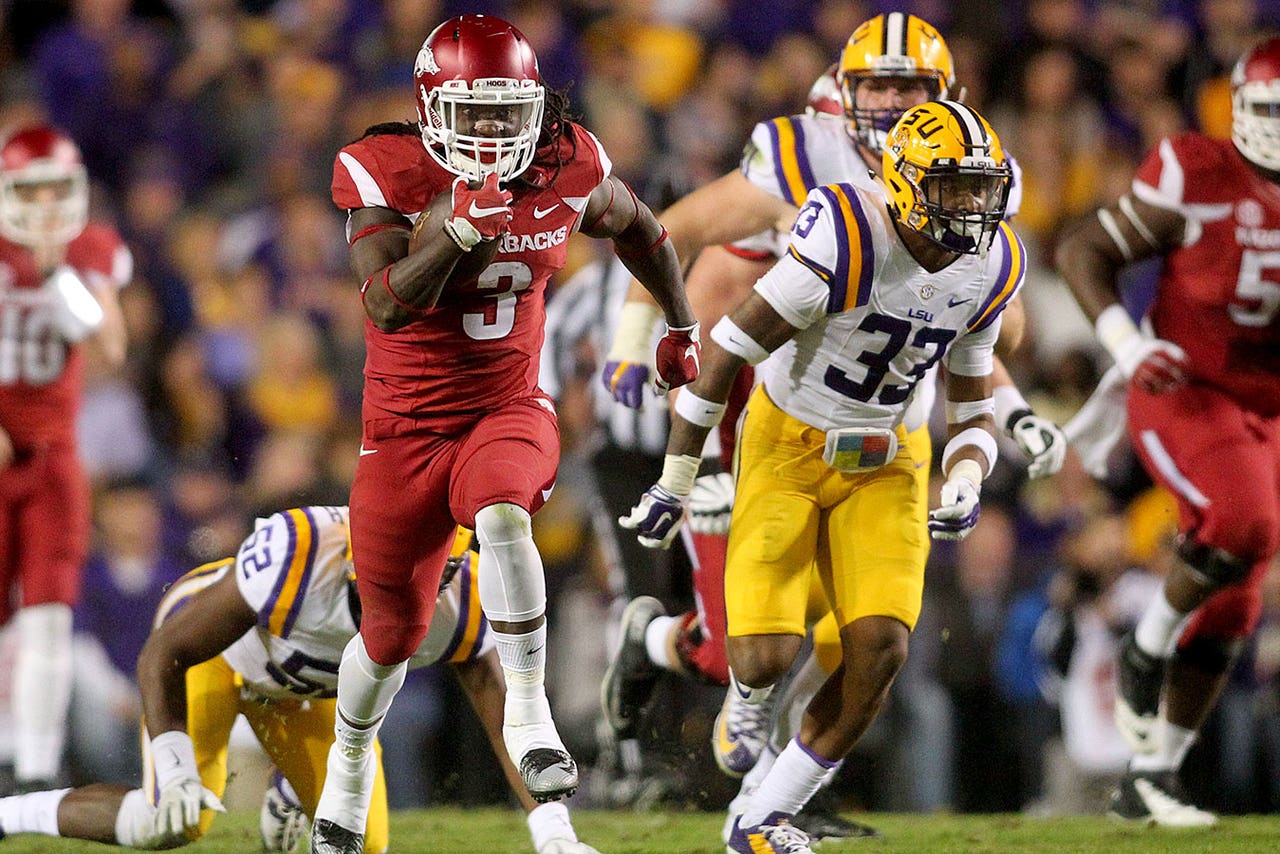 Under Bielema's proposed draft rule, Alex Collins (shown above) would be allowed to return to school, even after being drafted.

This year, college basketball players are allowed to enter the draft and return to school, just as long as they don't hire an agent. That led to well over 100 declarations from underclassmen, a staggering number considering there are only 60 draft slots overall.

As for the idea of letting anyone return to school who isn't happy with his draft slotting? That could lead to sheer insanity, and a lot of unhappy NFL teams. How ticked off do you think fill-in-the-blank GM or coach would be if he took a guy in the second or third round, only to see him return to school for better draft slotting?

Again, there are a lot of questions before any legislation like this would ever go into place.

At the same time, give Bielema credit for this: At least the man is thinking outside the box.

Bills Pick Off Ravens To Advance
A low-scoring first half gave way to one explosive, game-changing play. Here's how Buffalo knocked off Lamar Jackson & Co.
9 hours ago