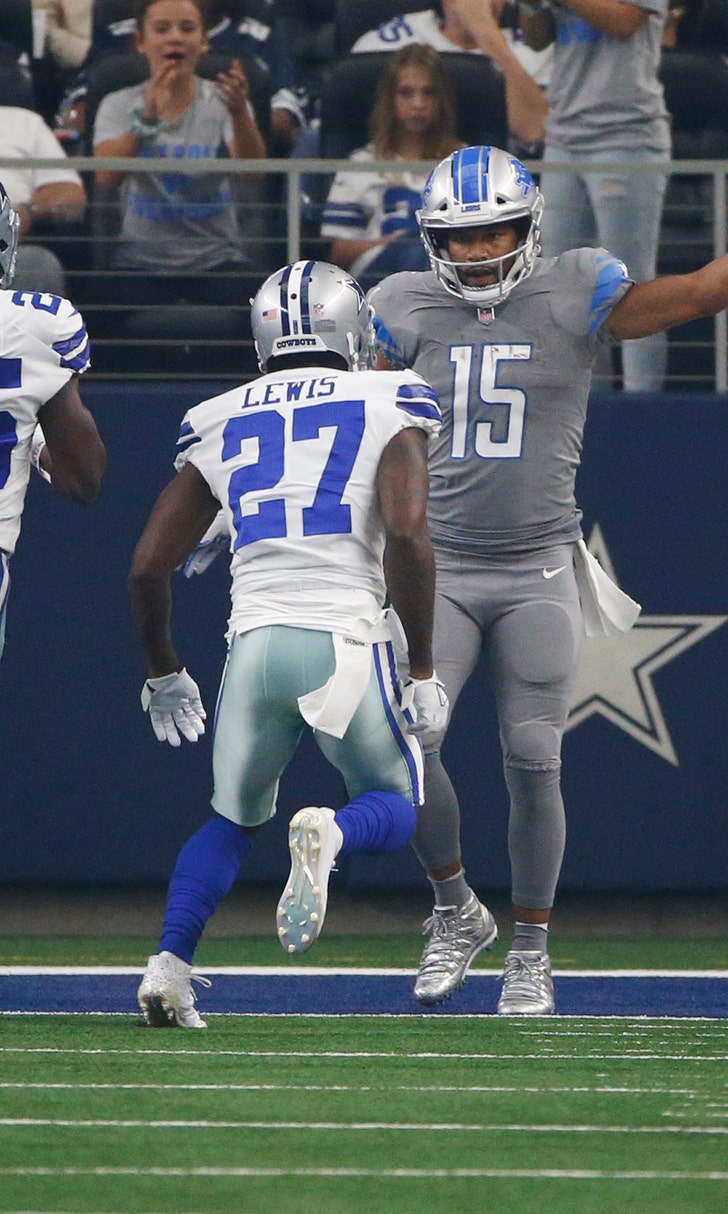 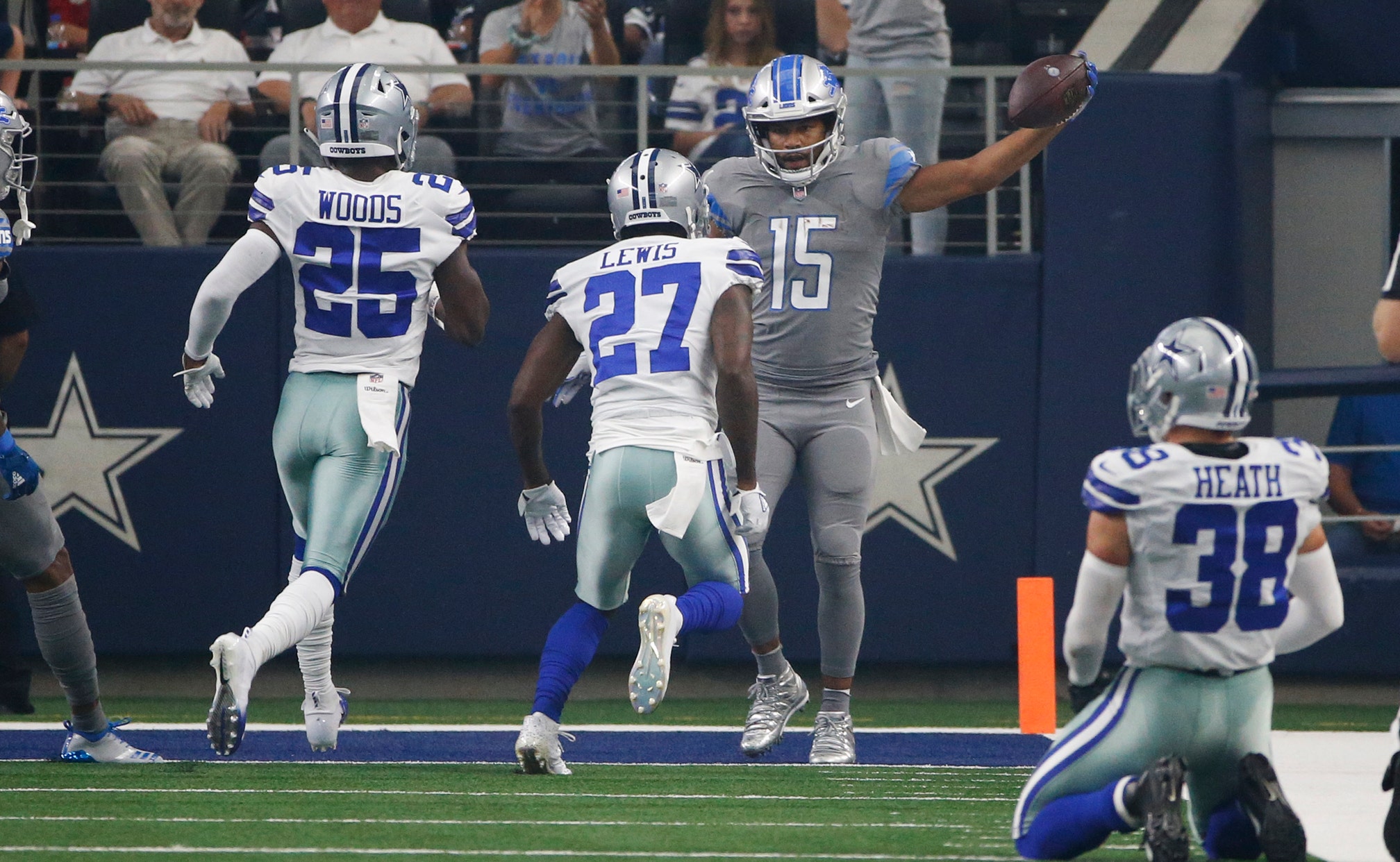 Golden performance not enough for Lions in loss at Cowboys

ARLINGTON, Texas (AP) — Golden Tate caught the pass from Matthew Stafford in stride along the sideline, then slowed briefly to hold the ball out and show it to the defender before going into the end zone to put the Detroit Lions ahead with just over 2 minutes left in the game.

There was also a 45-yard catch-and-run for a touchdown in the first quarter, a play on which Tate high-stepped his way down the other sideline before making a diving defender miss and then turning around to back into the end zone.

Tate caught all eight passes thrown his way for 132 yards, but the Lions lost 26-24 on Sunday when the Dallas Cowboys got the ball last and kicked a field goal as time expired.

"For me personally, this sucks because celebrating stats by yourself is just no fun, and to me means nothing," Tate said. "Celebrating a big win and having bonus of stats, that's what you want to do."

A week after the Lions (1-3) beat New England and new coach Matt Patricia's old boss, they couldn't hold on at the end in Dallas.

As for his showboating entries into the end zone, including the late 38-yard score, Tate said he let his emotions get away from him and called it selfish play on his part.

After Tate's first touchdown, Patricia said something to him on the sideline.

The coach said after the game that he didn't remember what he said, then offered, "Probably good job on the touchdown."

When asked more specifically, the coach indicated that was an in-house issue that would stay that way.

"Obviously a lot of things could happen, a lot of bad things can happen, so just celebrate once you're in the end zone," Tate said. "At the end of the day, I am having fun, but I've got to put the team first."

Tate, a ninth-year receiver, said the Lions want to be a disciplined group and that he has to lead by example.

Detroit led 24-23 after Tate's second touchdown with 2:17 remaining, but the Cowboys then got in position for Brett Maher's 38-yard field goal on the final play of the drive.

On the first play after the 2-minute warning, rookie defensive end Da'Shawn Hand got to Dak Prescott, knocking the ball out. But the Cowboys quarterback was able to scoop up the fumble and roll out to throw the ball away. That came right before Prescott's 34-yard pass to running back Ezekiel Elliott deep into Detroit territory.

Feasting On Wins In Week 12
From a Turkey Day teaser to all the wagers a bettor could want, Geoff Schwartz makes his picks for Week 12.
6 days ago

Josh hits the Jackpot
Josh from South Carolina, along with seven other Super 6 players, won Terry Bradshaw's $1 million prize on Sunday.
November 24
those were the latest stories
Want to see more?
View All Stories
Fox Sports™ and © 2020 Fox Media LLC and Fox Sports Interactive Media, LLC. All rights reserved. Use of this website (including any and all parts and components) constitutes your acceptance of these Terms of Use and Updated Privacy Policy. Advertising Choices. Do Not Sell my Personal Info