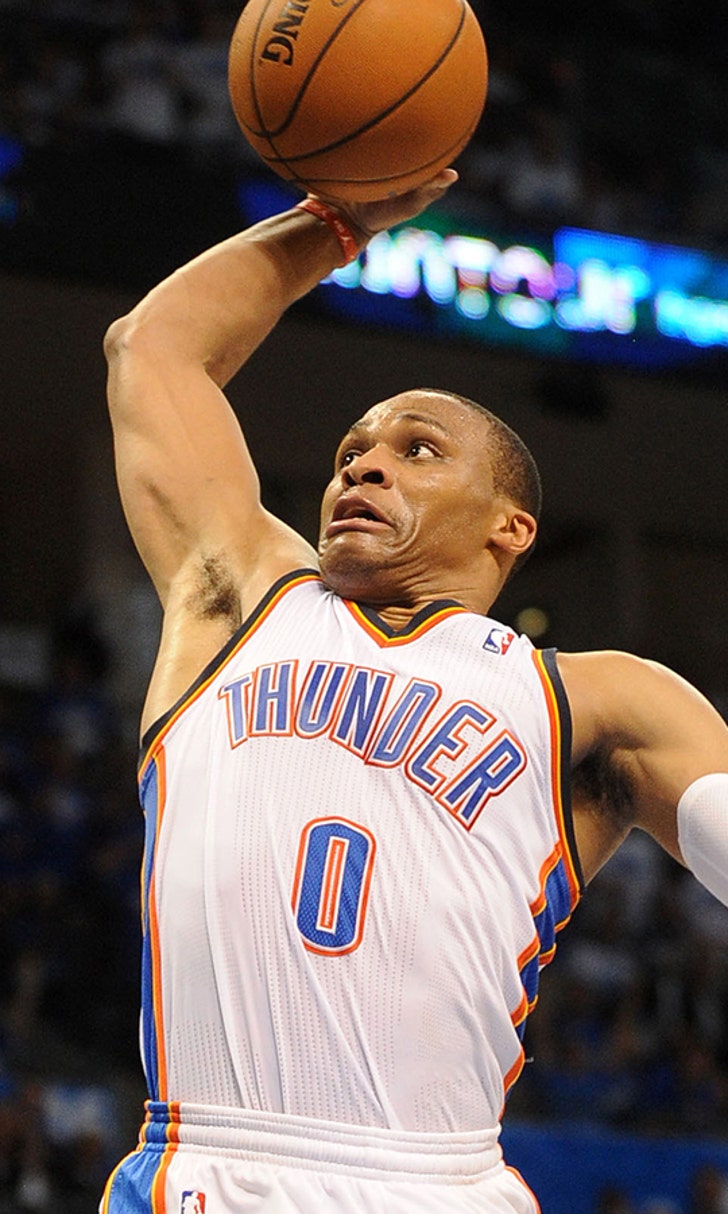 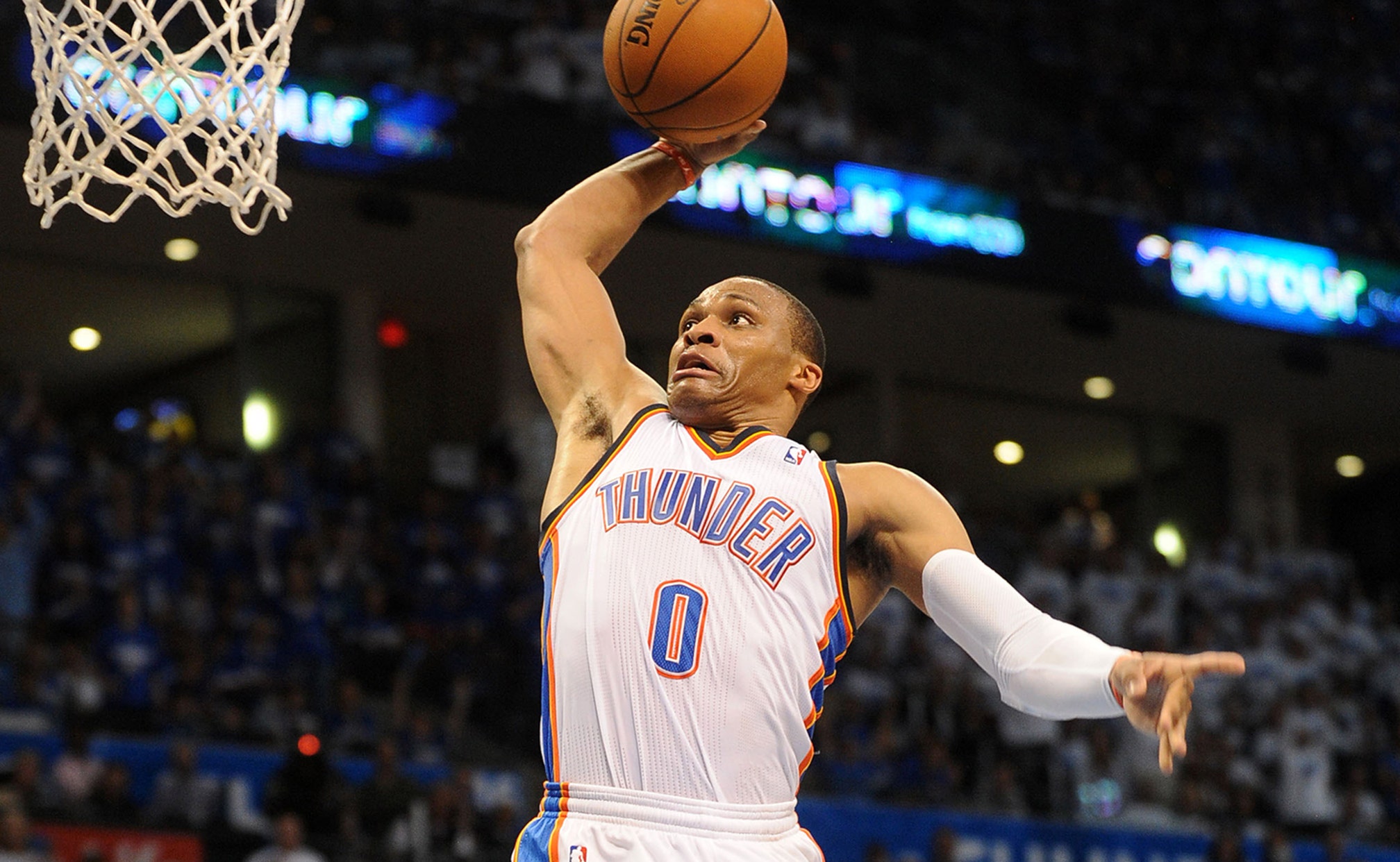 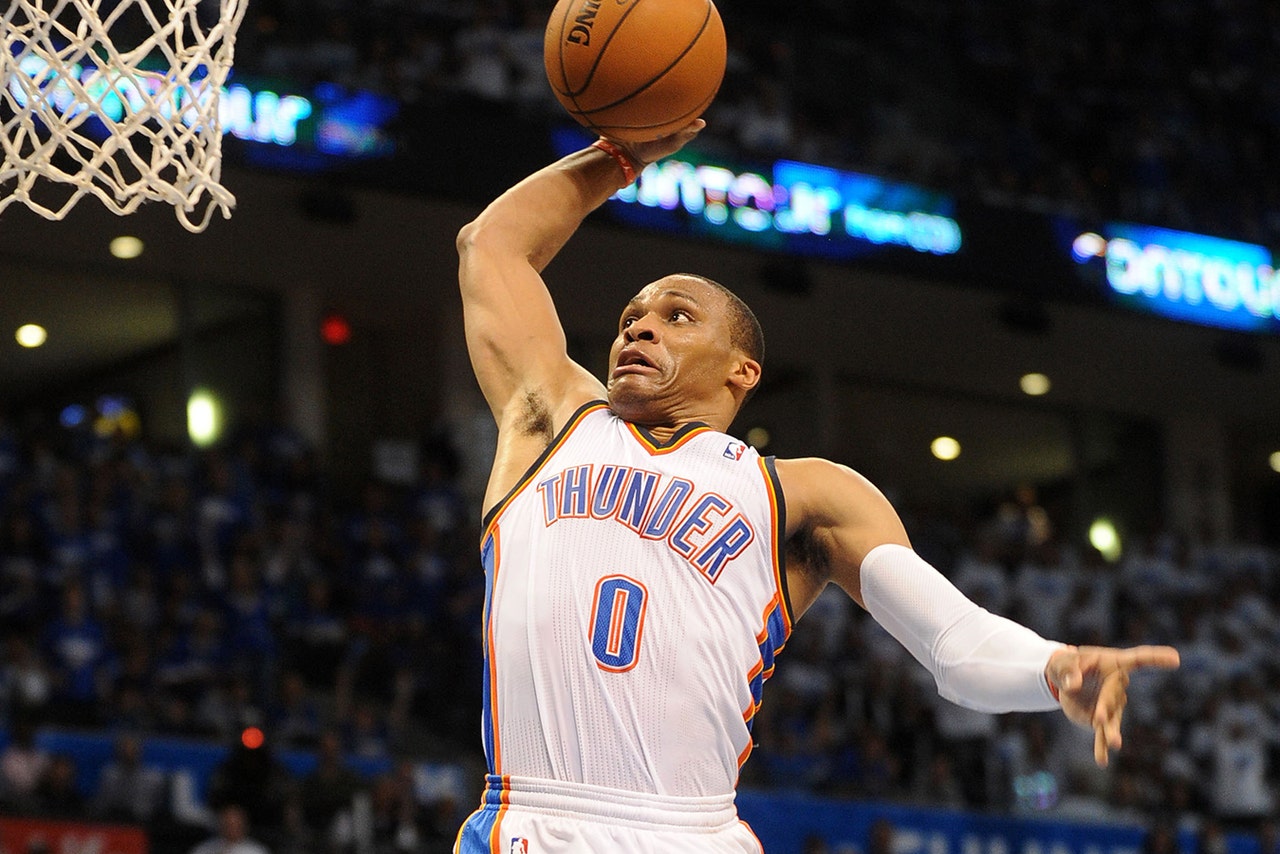 Los Angeles Clippers point guard Chris Paul could argue with Brooks, as could several others. But Westbrook's numbers and overall success show that the statement isn't far-fetched.

''I feel like I'm the best player on the floor every time I step on the floor, and that's just my mindset,'' Westbrook said. ''That's kind of something that's the way I played since college. It's not just this year, and not just last year, it's how I think when I get on the basketball floor.''

One might consider reigning MVP Kevin Durant the best player on the floor in most cases during Oklahoma City's games, but at times during the playoffs last season, Westbrook simply took over. He had three triple-doubles during a five-game stretch and had 40 points and 10 assists against the San Antonio Spurs in Game 4 of the Western Conference Finals.

Brooks said the 6-foot-3 Westbrook doesn't solely rely on his dynamic leaping ability and speed. At age 25, Westbrook has honed a work ethic that has made him a leader on the team.

''Russell puts a lot of effort, a lot of energy into getting better,'' Brooks said. ''He's demanding of himself, he holds his teammates accountable, and he's improved. He's learned a tough position at an early age, and he's done a great job of leading us at early age, and I think all of that hard work over the years is starting to pay off over the last few years. He's athletic, but his skill level is matching that.''

Westbrook's weaknesses have been his high turnover ratio and number of forced shots and occasional unwillingness to defer to his teammates. He acknowledged that the team needs to improve its ball movement.

''I think that's key,'' he said. ''Moving the ball is definitely a big part of our improvement as a team. It's something that we made a conscious effort to be able to go into this year trying to do. So it's something you should see new from us.''

Westbrook missed 36 games last season as he recovered from knee surgery. He said he was fully healed late in the season and feels even better now after an offseason of rest.

Westbrook is an Olympic gold medalist and a three-time All-Star, but he hasn't won a ring, something that would give his claim of being the best more validity. He expects to get his title this season.

To Live and Dime in LA
For the second offseason in a row, the Lakers and Clippers are set to do battle for a championship piece in free agency.
12 hours ago