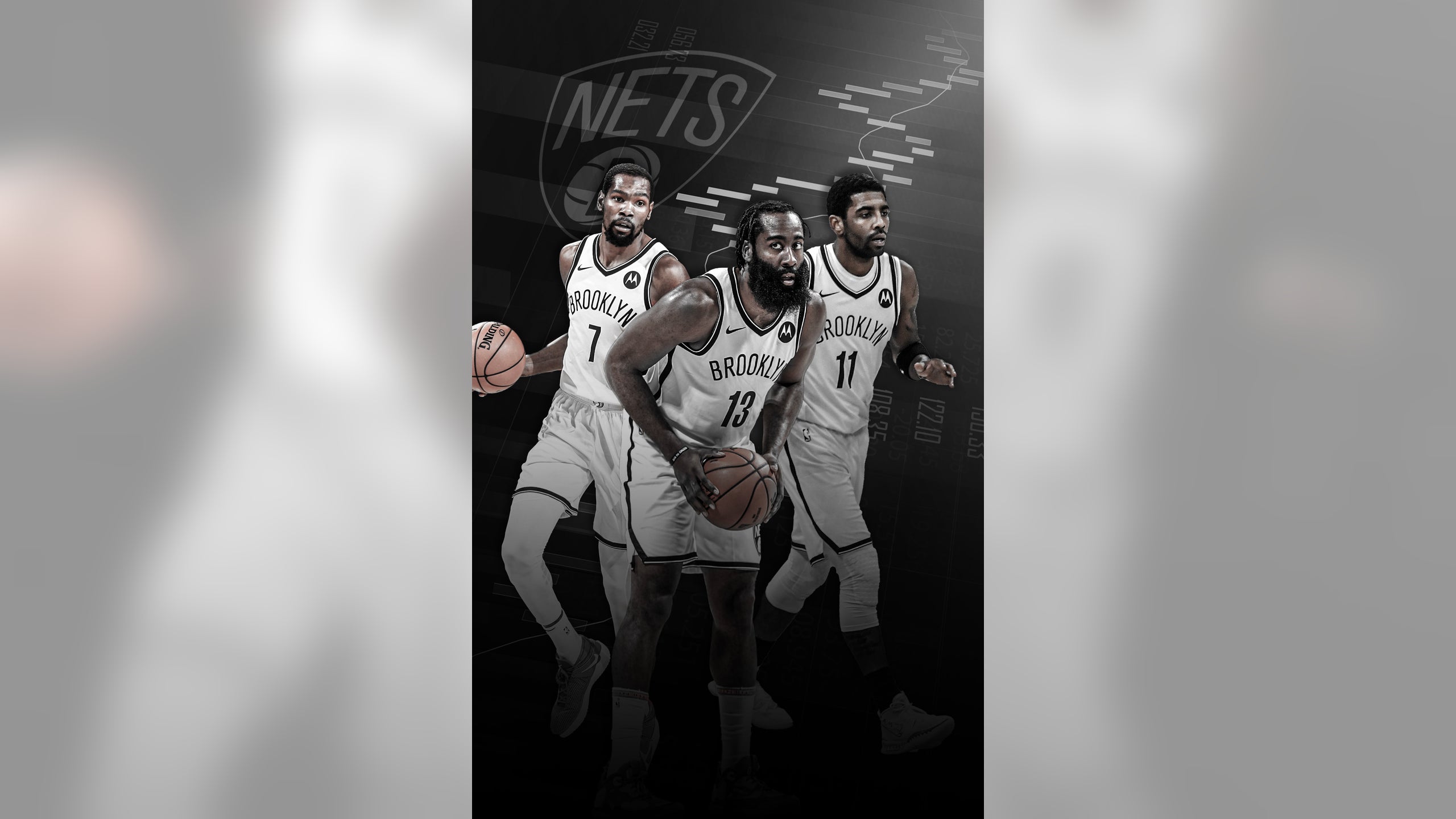 History can be made in any number of ways, both good and bad.

The Brooklyn Nets are on track to go down in the record books on both sides of the ledger following Sunday's 149-146 loss to the Washington Wizards.

Russell Westbrook and Bradley Beal torched the Nets for 41 and 37 points, respectively, including hitting back-to-back game-winning 3s in the final seconds to give the Wizards their fourth win of the season.

Brooklyn let a 10-point lead heading into the fourth quarter evaporate, as Beal poured in 22 and Westbrook rattled off 15 of Washington's 48 points in the game's decisive frame.

Even though their shiny new superstar, James Harden, was injured, a quartet of Nets scored 20-plus points. Kevin Durant led the way with 37 points, and Joe Harris had 30.

Irving lamented the close loss in his postgame media conference, admitting that defensive struggles were a persistent issue.

"Down the stretch, we had that game. It should've been ours. So we just look at ourselves in the mirror and just see what we can correct as individuals and as a group. Especially on the effort. I couldn't guard a stick today. Those guys were just going right around me, and I was getting frustrated a little bit."

As Irving pointed out, making buckets wasn't the issue for the Nets. Getting stops was a different story.

That story is becoming all too commonplace for the Nets since they made the blockbuster move to bring Harden to the Big Apple.

Although Harden's free of blame in Sunday's loss, he has been involved in plenty of defense-optional affairs since arriving in Brooklyn, including a 147-135 loss in double overtime to the Cleveland Cavaliers on Jan. 20.

But with a team average of 127.3 points scored and 124.6 points allowed per game since Harden's arrival, the Nets have been on the winning side more often than not, with a 6-3 record in that span.

That formula has them trending to be the highest-rated offensive team in NBA history — and the worst-rated defensive team of all time.

Not only did Wright hammer Brooklyn's defense, but he also pointed out that head coach Steve Nash and lead assistant Mike D'Antoni aren't the first names that pop into mind when it comes to crafting a defensive-minded squad.

"The Nets are setting new standards for defensive incompetence, and everyone on the team knows it. Now, luckily ... they have defensive stalwart Steve Nash and Mike D'Antoni to look to fix this problem. ... So yeah, I think they're in trouble, man."

If the defense is a lost cause, is there an alternative remedy?

ESPN's Stephen A. Smith offered up an idea Monday, one that leans even more into the offensive prowess of the Nets.

"I think it's problematic when Kevin Durant is not your leading shot-taker, it's Kyrie Irving. ... When you have Kevin Durant ⁠— as efficient of a star as he is ⁠— he must shoot the ball more than everybody else. ... More than their defense, I'm worried when someone other than Kevin Durant is the one taking more shots. Because to me, that spells doom for them."

Meanwhile, Brandon Marshall preached patience with the Nets, who are still working to jell with all of their rearranged pieces.

"Wake me up in six weeks. That's what you need to do. That's when this season is going to start. ... Wake me up in mid-March, and let's have the discussion about where this team is [then]."

Where the Nets will be in mid-March is anyone's guess, but there's a strong chance they'll still be flirting with history.

That history could be desirable, as an all-time great offense, or it could be unfavorable, as a putrid defensive team.

If the Nets maintain the status quo, they could go down in two chapters of the record book.

Bird is the Word
Mavericks star Luka Doncic continues to draw comparisons to some of the league's greatest. Just how brightly will this star shine?
10 hours ago

NBA MVP Watch: LeBron Leads The Pack
As the NBA season reaches its midway point, is the MVP award LeBron James' to lose? Here's the latest on the contenders.
16 hours ago

Back To Their Old Ways
The L.A. teams are near the top of the West. But while one team is trending upward, the other is showcasing its old demons.
16 hours ago

Next Man Up
The NBA has no shortage of young talent, but who will be the face of the league once LeBron James finally calls it a career?
2 days ago
those were the latest stories
Want to see more?
View All Stories
Fox Sports™ and © 2021 Fox Media LLC and Fox Sports Interactive Media, LLC. All rights reserved. Use of this website (including any and all parts and components) constitutes your acceptance of these Terms of Use and Updated Privacy Policy. Advertising Choices. Do Not Sell my Personal Info