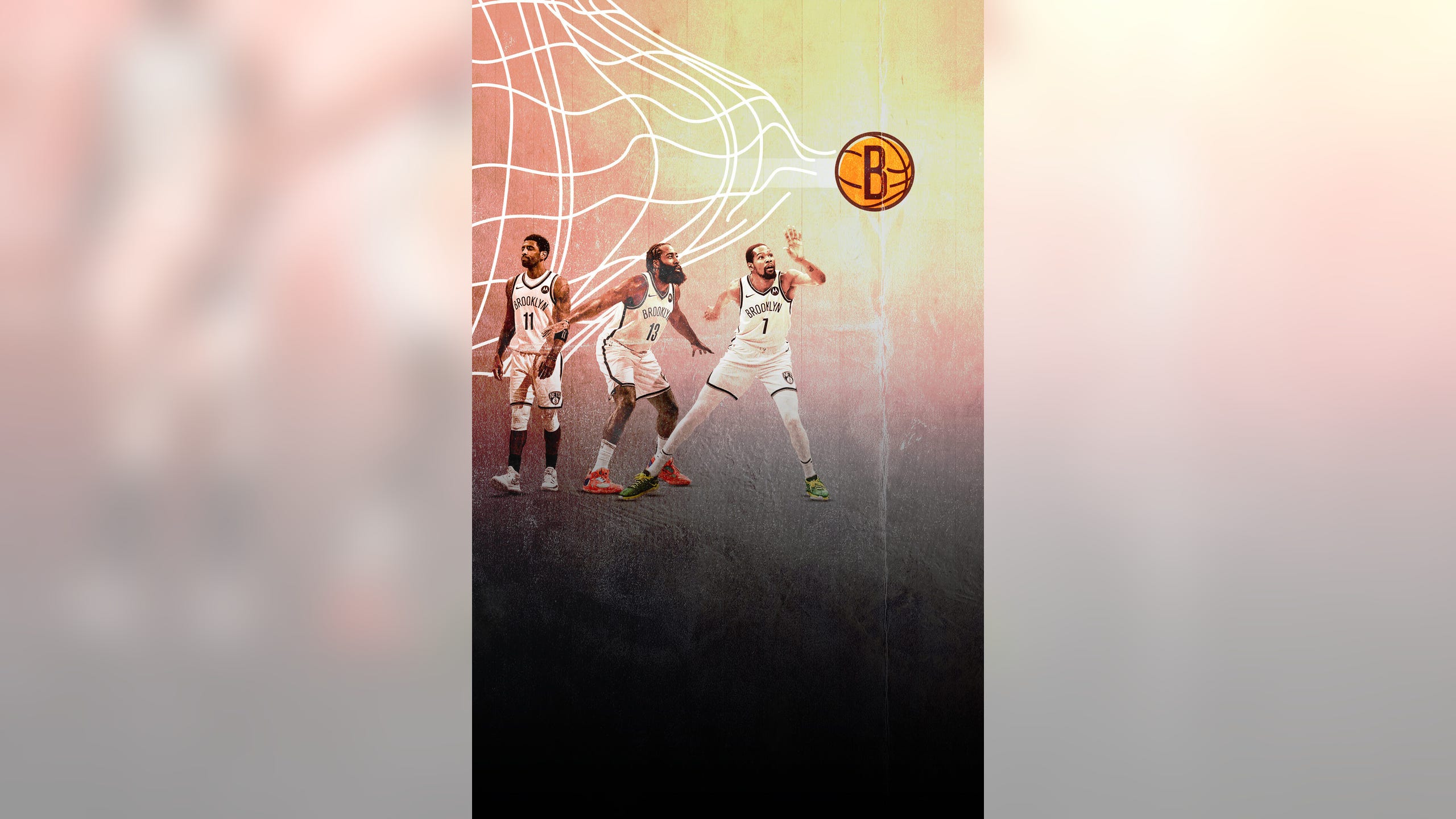 The most exciting team in basketball is also the league's biggest question.

Just how good are the new-look Brooklyn Nets, exactly?

Well, as Kyrie Irving worked his way back into the mix alongside Kevin Durant and James Harden for the first time Thursday, the Nets fell to the Cleveland Cavaliers 147-135 in double overtime at home.

Led by Durant's 38 points, Brooklyn's "Big 3" combined to score 96 in the loss. Irving dropped 37 on a team-high 28 attempts, and Harden dropped in 21 points, 12 assists and 10 rebounds to round out the trio's effort.

Despite those gaudy numbers, the Cavs hung with Brooklyn and forced overtime with the game knotted at 113 apiece.

That's when Collin Sexton officially stole the spotlight, as the Nets could not stop the Cavs' young guard. He finished the contest with a whopping 42 points, 22 of which came in the two overtime periods.

At one point in the extra frames, Sexton scored 20 straight points for the Cavs.

As for the Nets, their "Big 3" faded in the game's decisive periods, scoring a combined 19 points as Sexton went off.

Despite the earlier Nets fireworks waning to a faint glow in extra time, Skip Bayless of Undisputed was spellbound by the show the Nets put on.

Bayless was particularly intrigued by how Harden deferred early in the game to allow Irving to settle in following a lengthy absence due to personal reasons.

"Kyrie didn't miss a beat. All of that time off that he had ⁠— and everybody was all over him ⁠— he came right back, and he looked like Kyrie Irving, and he blended right in."

But what about their defense? In the three games Brooklyn has played since the blockbuster trade to acquire Harden, the Nets have allowed all three opponents to score at least 115 points and are averaging just more than 128 points allowed.

That's a small sample, yes, and there's a double-OT game in the calculus, but the pre-Harden Nets were allowing an average of fewer than 113 points in 13 games to start the season.

Furthermore, the Cavs came into the game with the worst offensive rating in the NBA, yet the Nets didn't have an answer when it came to stopping them.

As Nick Wright has been emphasizing on First Things First, that offensive and defensive imbalance won't cut it when the NBA postseason comes around.

Perhaps getting blown out will prove to be a blessing in disguise.

FOX Sports NBA analyst Chris Brossard seems to think so, especially after Irving and Nets head coach Steve Nash ⁠— a duo not known for preaching the virtues of defense ⁠— both talked about working on defense following the loss.

"Defense is commitment and concept, especially when you don't have great individual defenders. If the Nets are indeed committed to not being a failure in everyone's eyes, then they will focus on the defensive end."

Failure is an unpleasant pall that has lingered around this Brooklyn team that has designs on winning the first NBA championship in franchise history.

Getting out of the East, a big feat in and of itself, won't be enough to validate this team's decision to acquire Harden in the eyes of many, including NBA legend Shaquille O'Neal.

"You're supposed to make the Finals, but you're also supposed to win. ... If they don't get a championship this year, it's a bust."

The good news for the Nets?

They have 56 games remaining on the schedule to work out the kinks ⁠— starting with a rematch against the Cavs at 7:30 p.m. ET Friday.

Center Of Attention
After dominating the first half of the NBA season, is Joel Embiid currently the MVP and best player in the NBA?
9 hours ago

All Love In H-Town
Even after an ugly breakup, James Harden got a warm welcome from the team and fans with whom he spent eight seasons, Melissa Rohlin writes.
23 hours ago