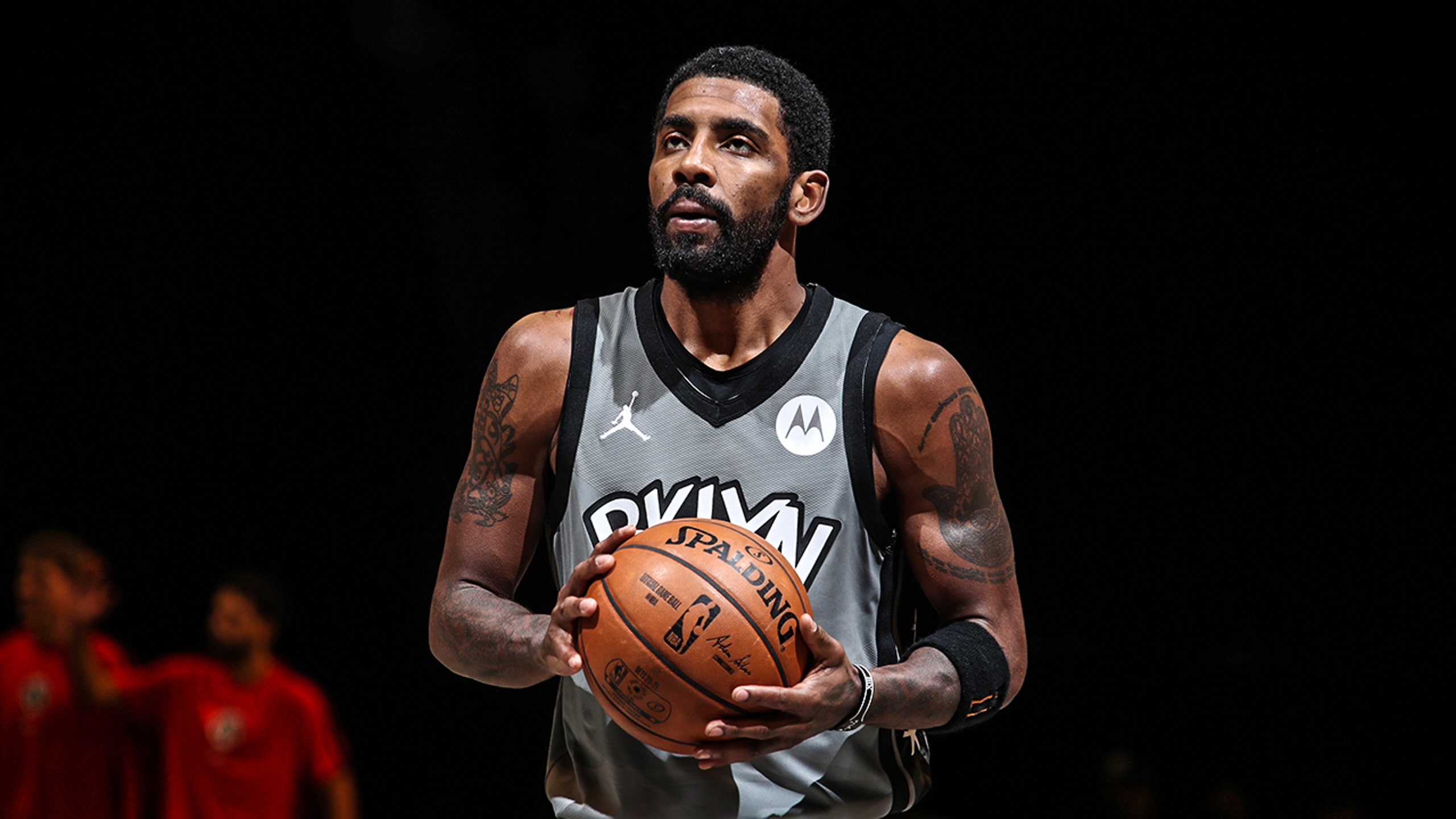 Kyrie Irving crossed his arms over a table and rested his head on top of them for 12 minutes as he answered reporters' questions.

After missing five consecutive games because of what the team called "personal reasons" and another two for conditioning, the Brooklyn Nets starting point guard was finally being asked to explain his absence.

"There was a lot of family and personal stuff going on, so I just want to leave it at that," Irving said.

But when you're an NBA superstar making $33.46 million this season, you can't skip the details.

Irving was pressed and prodded for more information – the who, the what, the why, the how.

This much soon became clear: Everything had become too much for him, and he needed some time away.

He talked about being a "hometown kid," adding that "things hit a little different" for him in his personal life. He talked about politics and social justice.

He didn't reveal the exact details of why he wanted to take a break, but he didn't have to.

Mental health comes first, and the subject matter of what was troubling Irving did not need to be tried in the court of public opinion. Besides, when it comes to wellness, there isn't always a "why." And even when there is, professional athletes aren't obligated to talk about it.

That said, Irving would've made his life much easier if he had been a bit more transparent, even if all he said was that he needed some time away and would return when he could.

Instead, some fans wondered whether he'd return at all.

Irving said he had conversations with each of his teammates, and he also addressed the nameless faces he left in the lurch.

"The fans out there, I want to apologize to them as well," he said.

Irving's most recent game was Jan. 5, the night before a mob of Donald Trump supporters stormed the U.S. Capitol. In the aftermath, many coaches and players around the NBA were exasperated by the double standard shown in how police reacted to the mostly white riot in Washington, D.C., versus the force they used during some Black Lives Matter protests last summer.

It obviously deeply affected Irving, who has always been outspoken about social justice.

Irving led the charge in arguing that players shouldn't participate in the resumed season at Walt Disney World Resort in the wake of George Floyd's death after a white police officer knelt on Floyd's neck for nearly nine minutes in May in Minneapolis. Irving said he believed basketball would distract from the fight for racial equality.

He acknowledged Tuesday that it hasn't been easy for him to compartmentalize politics, social justice and basketball.

Irving has been obviously pained by many things going on around him, and he has devoted himself to trying to make a difference.

"Just trying to do my part. Selfless service – that's all," he said.

Irving has long tried to represent something more than basketball, but he also gets in his own way.

During his absence, he attended a family birthday party, violating the league's health and safety protocols. He was fined $50,000 and will lose an additional $800,000 for the two games he missed because of the subsequent quarantine.

He declined to discuss that situation.

He expressed excitement about playing alongside James Harden, who forced a trade to the Nets last week. He emphasized that his commitment to playing basketball remains strong.

Irving practiced Tuesday and is expected to play Wednesday against the Cleveland Cavaliers after missing two weeks.

He said that during the break, he received some much-needed help.

And he can now finally return to helping his team.

"I know I can talk in circles, and I know all of these words get used, but I'm just being honest here – it's been a lot to balance, and now I called for help, and now I have just so many mentors and so many people reaching out and taking things off my plate that were never mine in the first place," he said. "And they are better suited for that position.

"So I'll play my role on this big team of changing the world, and others will do the same."

Bird is the Word
Mavericks star Luka Doncic continues to draw comparisons to some of the league's greatest. Just how brightly will this star shine?
1 hour ago

NBA MVP Watch: LeBron Leads The Pack
As the NBA season reaches its midway point, is the MVP award LeBron James' to lose? Here's the latest on the contenders.
7 hours ago

Back To Their Old Ways
The L.A. teams are near the top of the West. But while one team is trending upward, the other is showcasing its old demons.
7 hours ago

Next Man Up
The NBA has no shortage of young talent, but who will be the face of the league once LeBron James finally calls it a career?
2 days ago
those were the latest stories
Want to see more?
View All Stories
Fox Sports™ and © 2021 Fox Media LLC and Fox Sports Interactive Media, LLC. All rights reserved. Use of this website (including any and all parts and components) constitutes your acceptance of these Terms of Use and Updated Privacy Policy. Advertising Choices. Do Not Sell my Personal Info