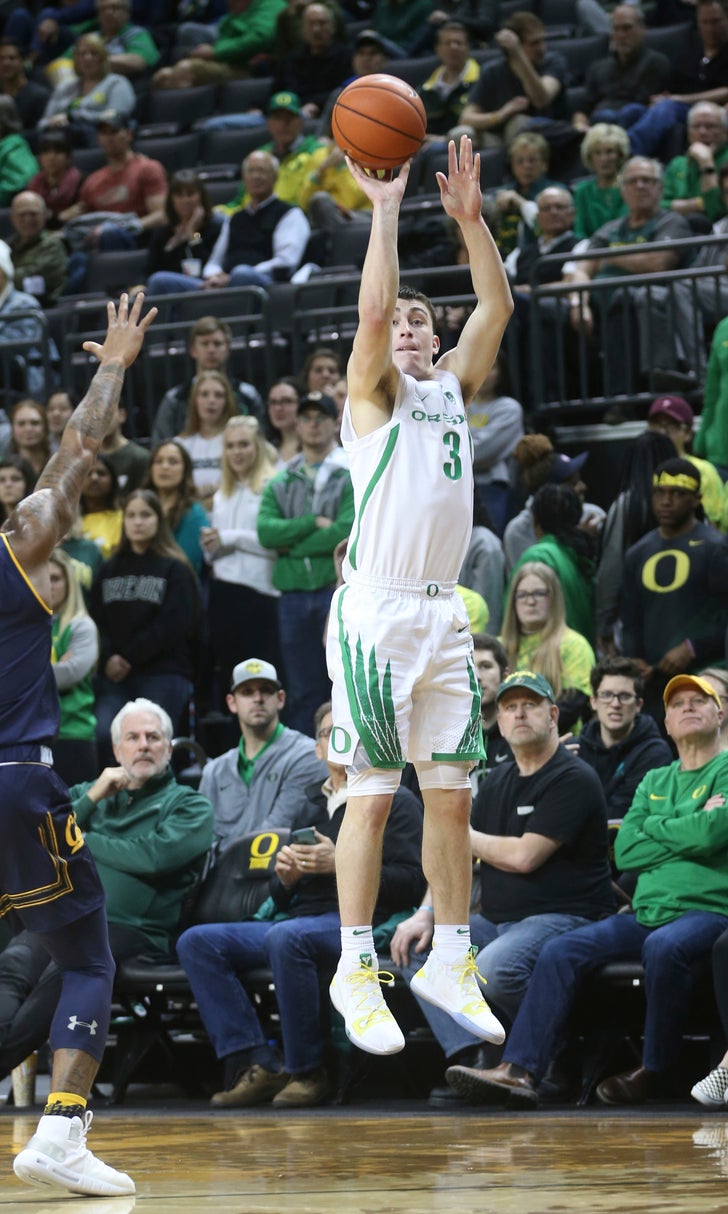 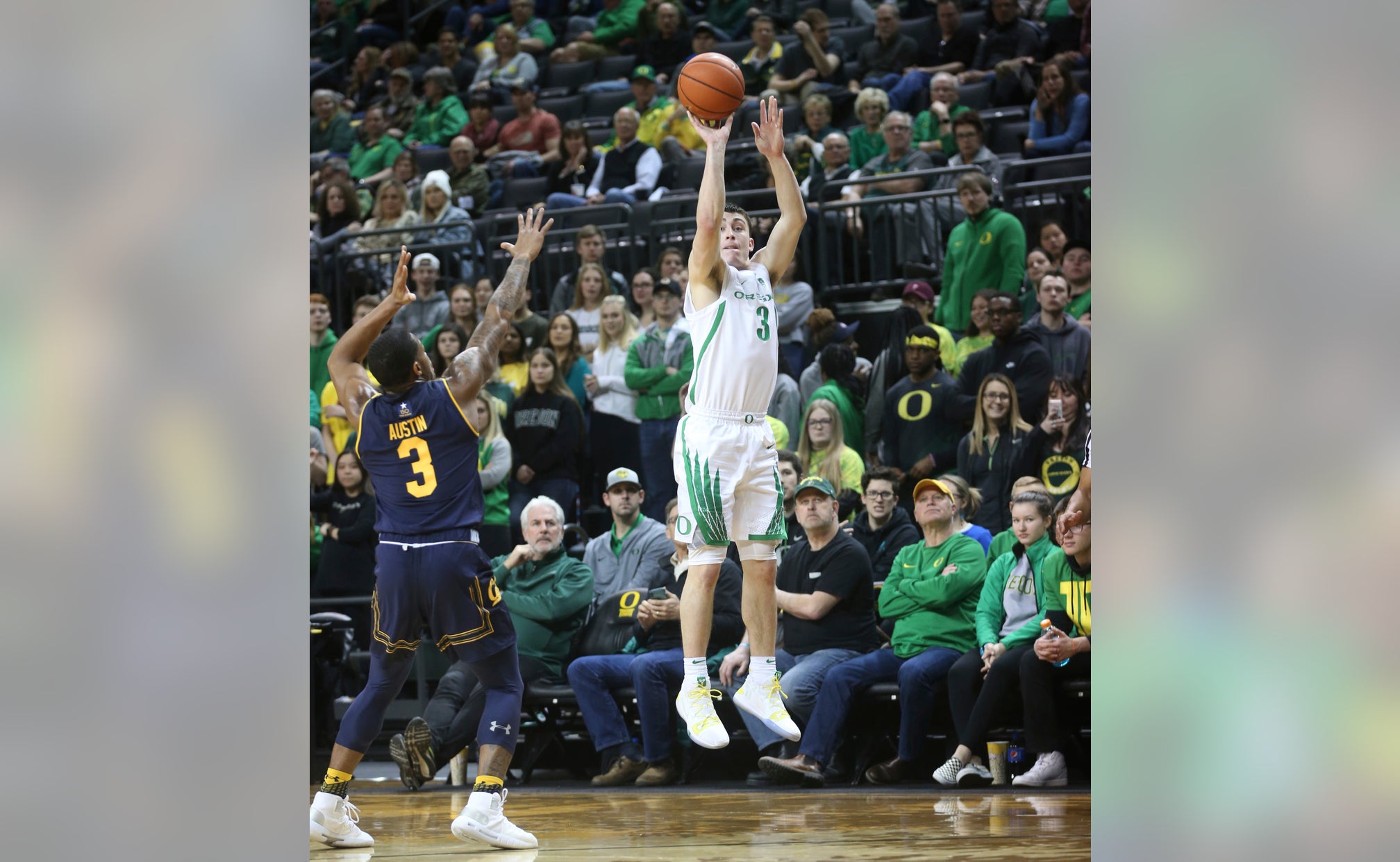 EUGENE, Ore. (AP) — For one game at least, all was well in the basketball world for Oregon's Payton Pritchard.

The result was the second career double-double for the last remaining Duck from the Final Four run two years ago.

Pritchard had 20 points and a career-high 10 rebounds to help Oregon outlast California 73-62 on Wednesday night.

Louis King added 12 points and Paul White and Kenny Wooten each had 11 for the Ducks (14-9, 5-5 Pac-12). Freshman Will Richardson had a season-high nine assists.

"I thought Payton played great," Oregon coach Dana Altman said. "He went back and mixed it up and got boards. That was pretty impressive. I thought that was by far the best part of his game.

"Everybody likes hitting 3s and for him, he needed to hit a few, but he went back and got 10 pretty tough rebounds."

Through the first half of the Pac-12 season, Pritchard's shooting had slumped to 31.8 percent and a mere 28.3 percent from the arc.

Now, playing off the ball with Richardson running the point for the fourth game in a row, Pritchard rediscovered his touch.

"I shot it definitely a lot better today, so hopefully I can keep making strides now," Pritchard said. "I kind of just tightened up my form, not thinking as much, just playing ball.

"Today I was more ready to shoot when the shots were coming."

The double-double, in his 98th consecutive start, came after someone told him during a timeout that he had nine rebounds.

"I had to go get 10," Pritchard said with a smile. "I've gotten close a lot of times (to a double-double), but it's hard to get over the hump to get to 10 sometimes with assists or rebounds."

The Ducks had a 33-23 rebounding edge and overcame 15 turnovers. They also shot a season-low five free throws and made four.

Oregon went ahead to stay in the first half with a 3-point barrage during an 11-0 run that grew to 17-2 for a 13-point lead. Pritchard had three 3s as the Ducks led 32-21 at the half despite 11 turnovers that led to 12 points for the Golden Bears.

As usual, the early turnovers irked Altman, who said the team goal each game is no more than 10.

"We're going to make some mistakes and you're going to turn it over a little bit," Altman said, "but when we've been around 10, we've been pretty successful. When we get above that, things don't happen well for us."

California lost its 18th conference game in a row, including one at last year's Pac-12 Tournament, and has dropped 13 straight conference road games. Oregon State was the last team to go winless (0-18) in conference play 11 years ago when it was the Pac-10.

Oregon got the first half of a home sweep it desperately needs with five of its last seven Pac-12 games on the road, starting Feb. 16 at Oregon State, which has already beaten the Ducks on their own floor.

Wooten blocked his third shot of the first half and then threw down an offensive rebound with his head near the rim to cap Oregon's 17-2 run.

Altman, in his ninth season at Oregon, became the third active Pac-12 coach to reach 100 wins. The others are Washington State's Ernie Kent (128, 24th season) and Arizona's Sean Miller (126, 15th). . With his 634th career win, Altman also tied Hugh Durham and Norm Sloan for 30th on the all-time list. . Oregon is now 11-2 in games with a margin of 11 or more points, matching Pac-12 leader Washington. The Ducks are 3-7 in games decided by 10 or fewer points.

California: At Oregon State on Saturday.

North Carolina Fans Get Their Prize
The wait is over, UNC faithful. Your billboard has landed smack dab in Durham, North Carolina, for all Duke fans to see.
1 hour ago