Linehan downplays link to Lions as Cowboys prep for Megatron 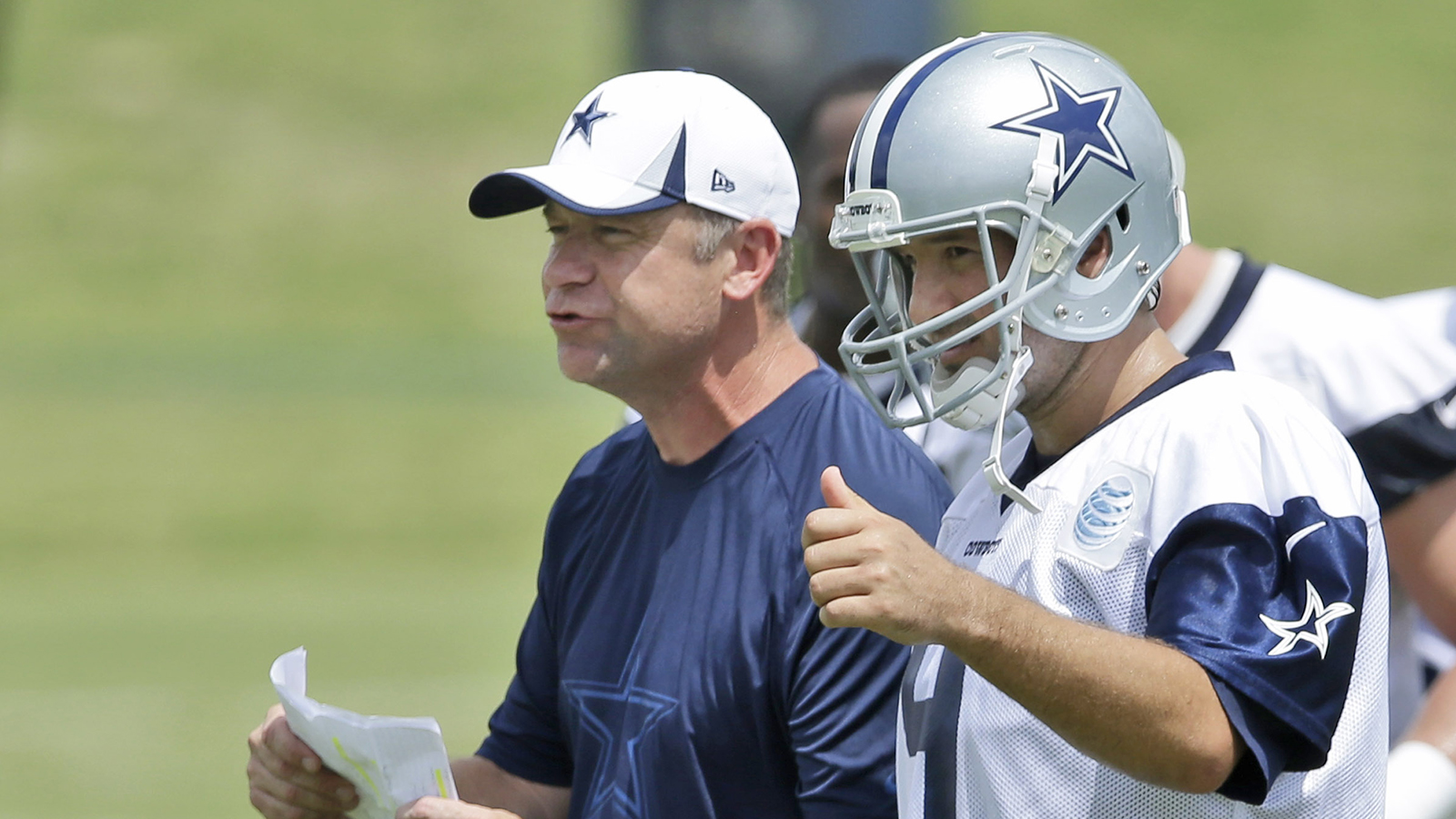 It’s a common storyline when a coach or player goes against his old team, and it’s an idea Scott Linehan was quick to downplay on Thursday.

Linehan coached and call plays for the Detroit offense for five years from 2009-13. He played a pivotal role in the development of Matthew Stafford, and he oversaw the best seasons of Calvin Johnson’s career to date.

All of that said, Linehan doesn’t have a magic formula to guarantee victory against the Lions. He talked to Rod Marinelli and the Cowboys’ defensive staff about the matchup — but that’s not something out of the ordinary.

"We do that every week, so it probably seems unique because I coached there for five years," he said. "At the beginning of the week we talked a little bit more than we normally would just because of the extent of my time and stay there. But it’s still about us executing and doing our job offensively."

The memories of last year, when Stafford and Johnson racked up 488 passing yards and 329 receiving yards, respectively, on this team have loomed large all week. It’s reasonable to ask a longtime Lions coach how to go about slowing them.

Linehan was quick to point out, though, that with the No. 2 defense in the league going against his offense, he’s got plenty of his own work to do apart from worrying about Megatron.

"Week in and week out, those kind of challenges comes up. I’m sure our guys are working real hard on doing the best they can," he said. "I can definitely relate to the challenge that it probably is, because of the talent level of that individual. But we’ve got our own things to worry about on the other side, so we’re not too concerned about that."

The Lions aren’t short of playmakers on defense, as has been well-documented this week. Their best defender, Ndamukong Suh was reinstated from a brief suspension on Tuesday, allowing him to anchor the Lions’ top-ranked run defense this weekend.

As has been the refrain all week, Linehan had plenty of praise for Suh â but he was quick to point out the problems the Lions can create with the likes of Ziggy Ansah, C.J. Mosley and Jason Jones.

"If you start focusing too much on Suh those other guys are going to find an edge and get after you, so we have to block their entire front as consistently as we can," he said.