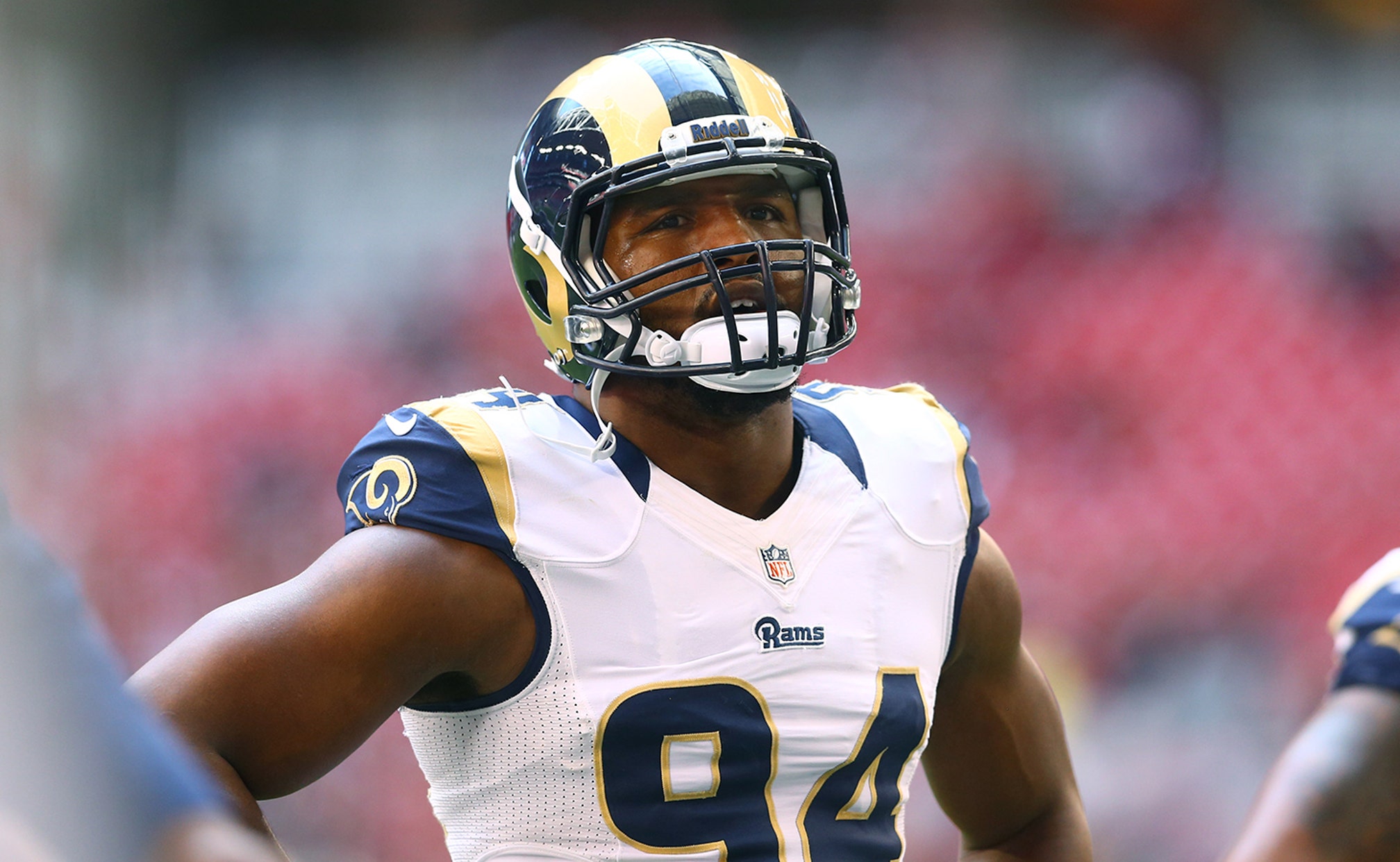 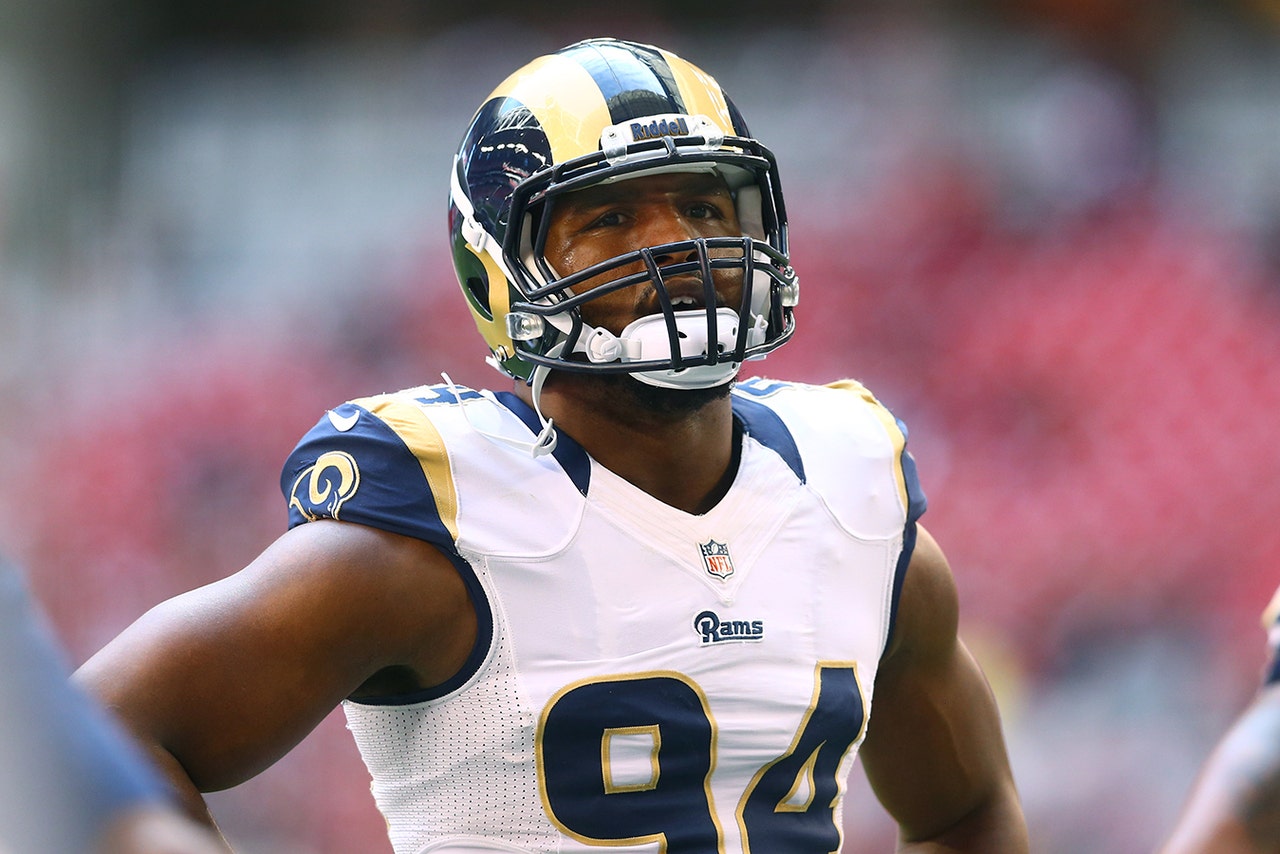 ST. LOUIS -- The pass rush was supposed to be a St. Louis Rams strength with four first-rounders on the defensive line running Gregg Williams' aggressive scheme. Instead, they've gotten to the quarterback just once in three games, a sack by rookie Aaron Donald.

Eight teams are in double figures when it comes to sacks. St. Louis (1-2) is dead last in the 32-team NFL going into Sunday's game at Philadelphia and it's the rushing defense that's likely to blame for the lack of sacks.

So far, the Rams have surrendered 100-yard games to Cordarrelle Patterson, Bobby Rainey and DeMarco Murray. Teams are running so well, St. Louis has faced the fewest pass attempts in the NFL.

"We're creating an opportunity for teams to pick up significant gains on the ground," coach Jeff Fisher said. "And if anybody had their preference, they do it that way."

This week will be another challenge. LeSean McCoy is averaging just 2.7 yards per carry, but Darren Sproles has a 6.7-yard average. The Eagles (3-1) were limited to 22 yards on 12 carries last week in a loss to the 49ers.

"Can we mimic a few of those things?" Williams said. "Hopefully. We'll see. The difference is what you do in space."

Despite the lack of a ground game, Eagles quarterback Nick Foles was sacked just once for a 4-yard loss. That's the lone sack the Eagles have surrendered the last three games.

Even with Chris Long on injured reserve-designated to return with an ankle injury since the opener, it has to be a frustration. Robert Quinn led the NFC with a franchise-record 19 sacks last year, and he's been shut down thus far, along with William Hayes, Michael Brockers, Kendall Langford and Eugene Sims.

Quinn had a sack in 11 of 16 games last season and had five multi-sack games. 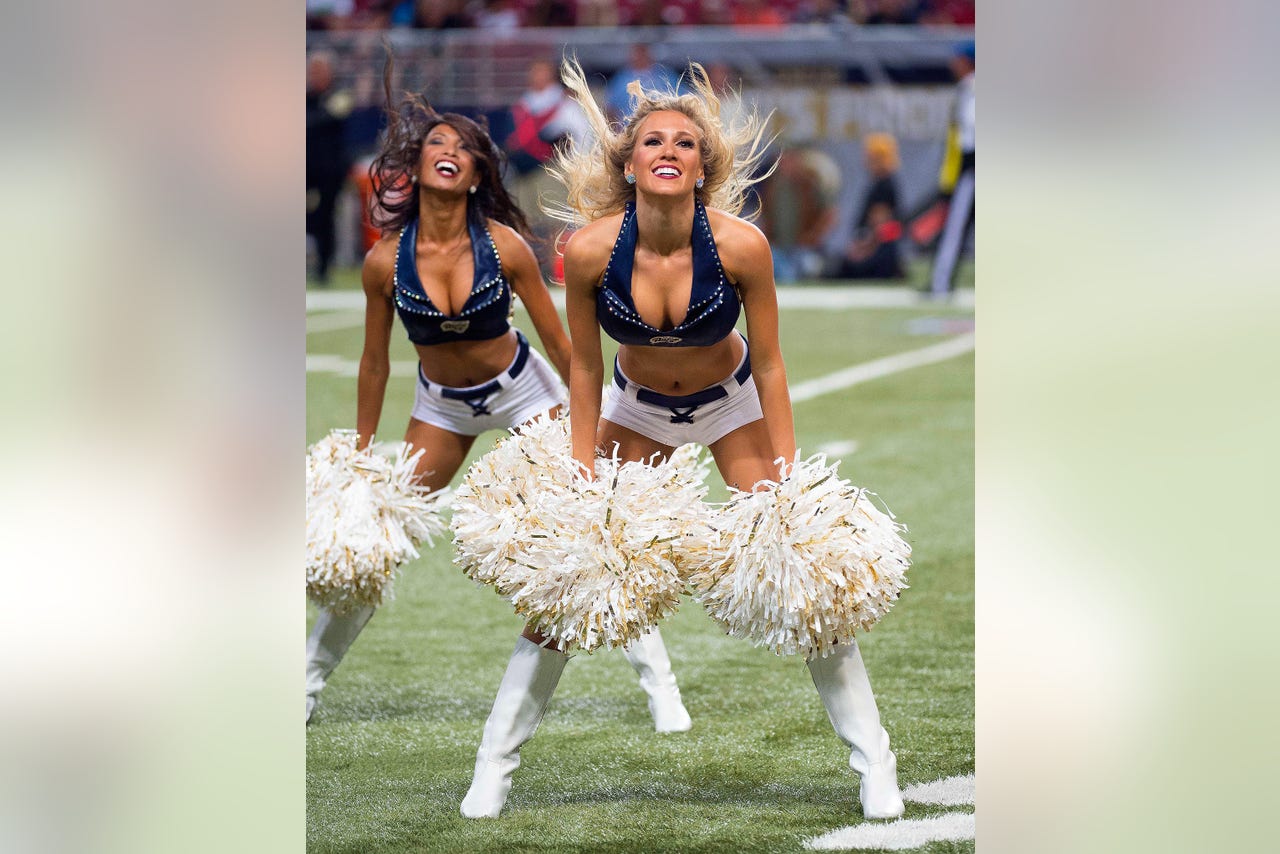 Williams has no complaints about effort, just production. Missed tackles and assignments leading to big gains have been critical in the two losses.

"We had some opportunities this past week. We whiffed and just missed some free rushers and that kind of stuff," Williams said. "A few of those plays, you just can't explain why some smart guys like that would do that."

Williams said the system hasn't changed much since Fisher became head coach in 2012, so that shouldn't be an issue. The Rams have used a lot a three-man fronts, especially against Dallas, with zero success.

This week, they don't seem overly concerned about countering the Eagles' up-tempo offense.

"We're fine with the packages we have," Williams said. "If they sub then we have as much time as we want, we can make that decision if we want."

NOTES: The Rams could have six wide receivers on Sunday if Tavon Austin (knee) is ready. Austin was limited Friday but did some sprinting. ... CBs Brandon McGee (foot) and Trumaine Johnson (knee) did not practice, along with C Barrett Jones (back). Johnson and Jones have been out since the preseason.

Mining for gold in Week 8
Geoff Schwartz explains why he likes the Niners to keep rolling in Seattle, and why you can trust Baker Mayfield, but not Tua.
2 hours ago

Bo-verrated?
Bo Jackson made some bold claims about today's NFL, prompting Nick Wright to question Bo's standing in the sports pantheon.
3 hours ago

NFC South Rivals Meet on Thursday Night
The Falcons and Panthers will finish off their division series tonight. Here's some insight on how to bet their matchup.
5 hours ago

Wide Open
How will Baker Mayfield and the Cleveland Browns offense cope with the loss of superstar wideout Odell Beckham Jr.?
8 hours ago
those were the latest stories
Want to see more?
View All Stories
Fox Sports™ and © 2020 Fox Media LLC and Fox Sports Interactive Media, LLC. All rights reserved. Use of this website (including any and all parts and components) constitutes your acceptance of these Terms of Use and Updated Privacy Policy. Advertising Choices. Do Not Sell my Personal Info