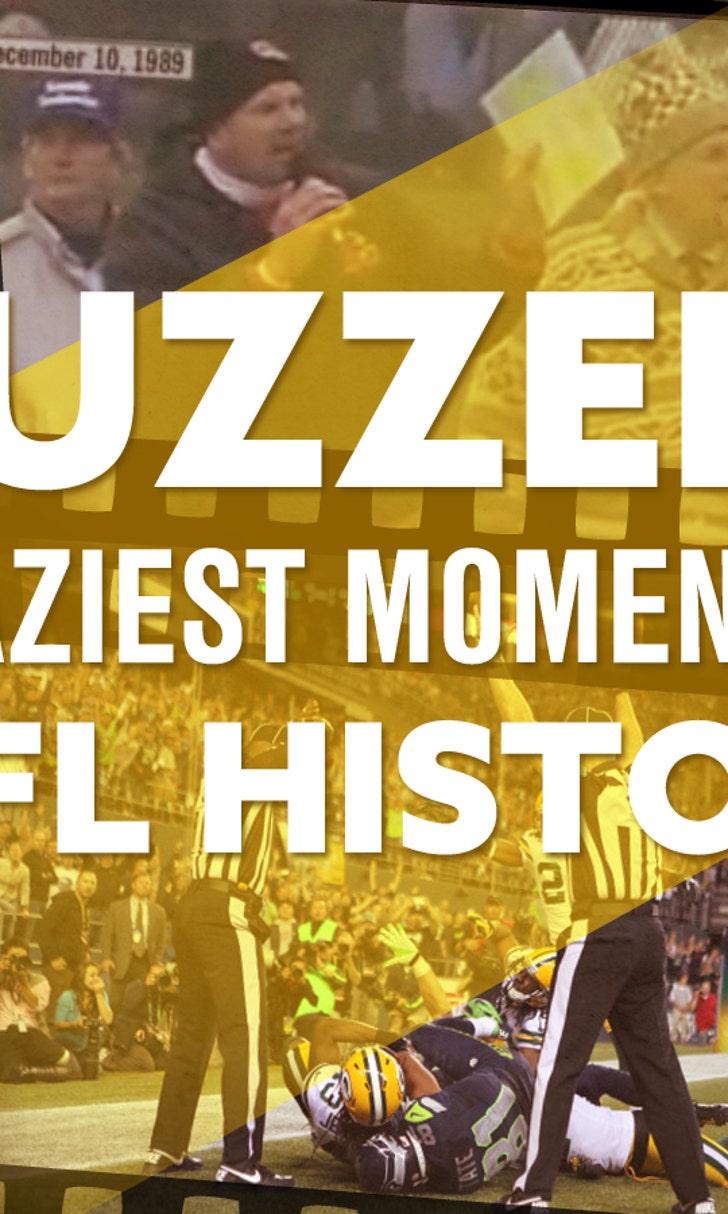 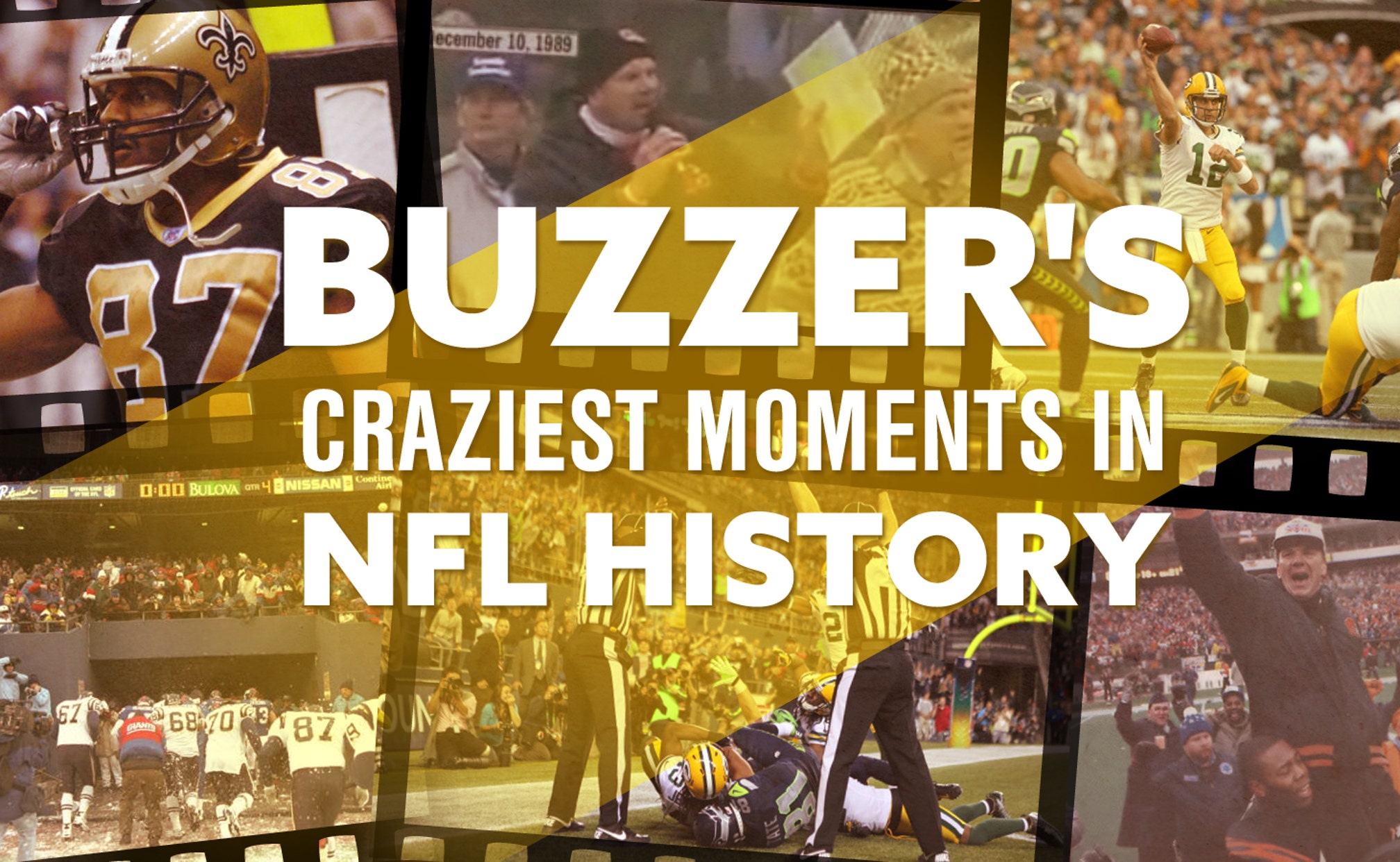 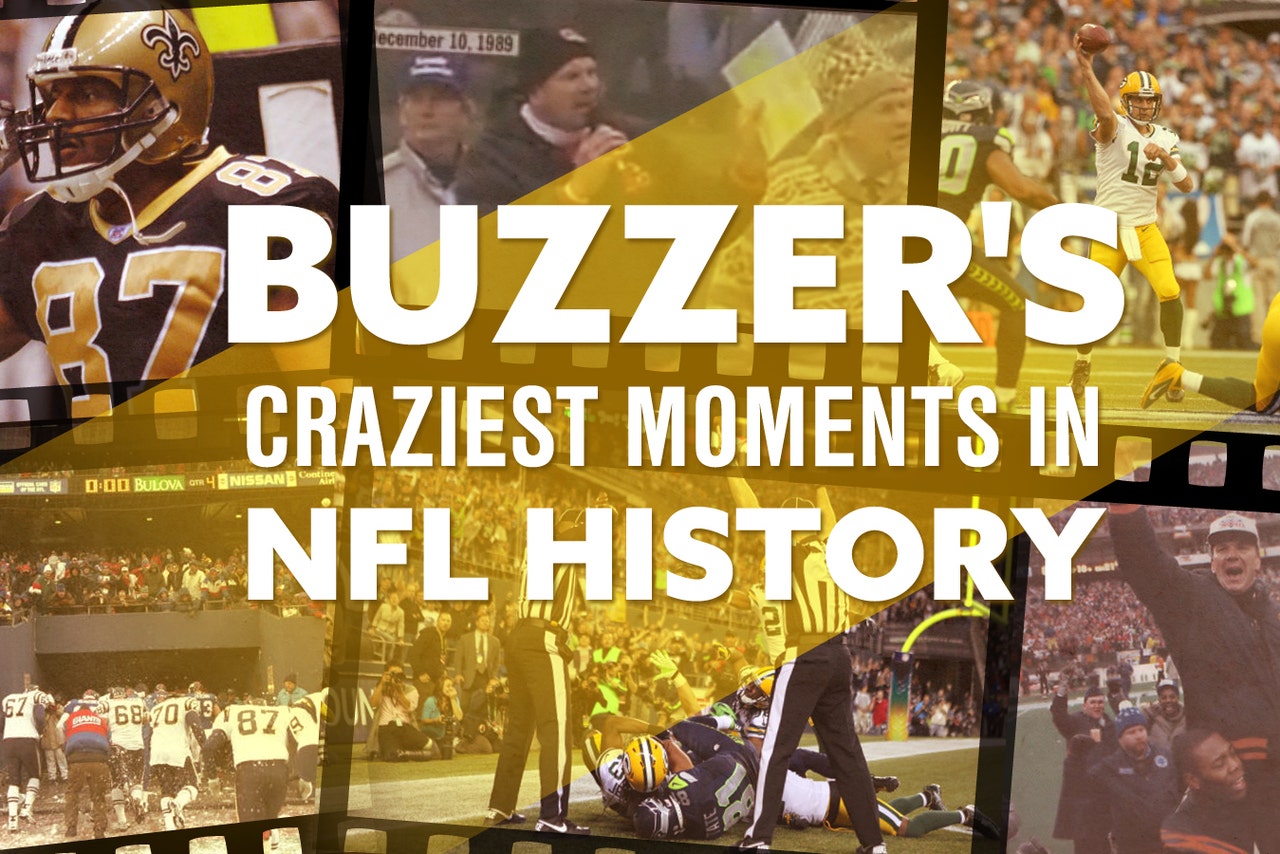 We're having difficulty containing our excitement for the start of the NFL season. In an effort to cope with that delirium, each day from today until the Sept. 4 kickoff, the Buzzer will post about one crazy moment in NFL history.

"Crazy" is subjective, so what does that mean here? In this series we won't be highlighting the most outstanding plays or statistical feats -- but those plays that make your jaw drop and cause you to blurt out, "holy $*%", that was crazy!"

On Nov. 3, 1961 when the Patriots (still of the AFL at the time) played at Nickerson Field in Boston, an individual known as "the man in the trench coat" ran into the end zone and joined the Patriots' defense for the final play of the game.

The Patriots led the Dallas Texans 28-21 with only time enough for Dallas to run one more play. In a move that would be nearly impossible for a fan to accomplish today, with all the security and greater distance between stands and the playing field, the person actually sneaked onto the field and reached about linebackers' depth when Dallas snapped the ball. You have to see it to believe it.

Dallas quarterback Cotton Davidson threw into the end zone from the 1-yard line for wide receiver Chris Burford. Fans standing on the field had crowded five deep around the perimeter of the end zone, and one -- reputedly wearing a trench coat -- suddenly leapt forward and swatted at the ball.

"Then all the fans rushed the field and it was like everyone wasn't sure what they saw," Larry Eisenhauer, a Patriots defensive end in the 1960s, told the Times. "But we watched the film on Monday and we saw this guy jump from the crowd and knock it down."

For years thereafter, Patriots owner Billy Sullivan, who was commonly seen in a London Fog-style trench coat, was rumored to be the Patriots' 12th man on the play. Famously, Sullivan never denied it.

I can't get over the fact that the mystery defender (maybe Sullivan!) actually got into Davidson's passing lane and either swatted the ball or obstructed his vision.

Come back every day until kickoff for more NFL craziness.

Fitz-Magic Outduels Minshew
The Miami Dolphins earned a victory in 'The Florida Bowl' on Thursday night behind the arm of Ryan Fitzpatrick.
14 hours ago

The Hopefuls And The Hope-Nots
Two weeks into the NFL season, Charlotte Wilder breaks down the 5 fan bases with the most optimism ... and the 5 without.
21 hours ago

Is It 'Tua Time' In Miami?
Tua Tagovailoa arrived in Miami with enormous expectations. We will find out soon if the hype is real, Martin Rogers writes.
21 hours ago