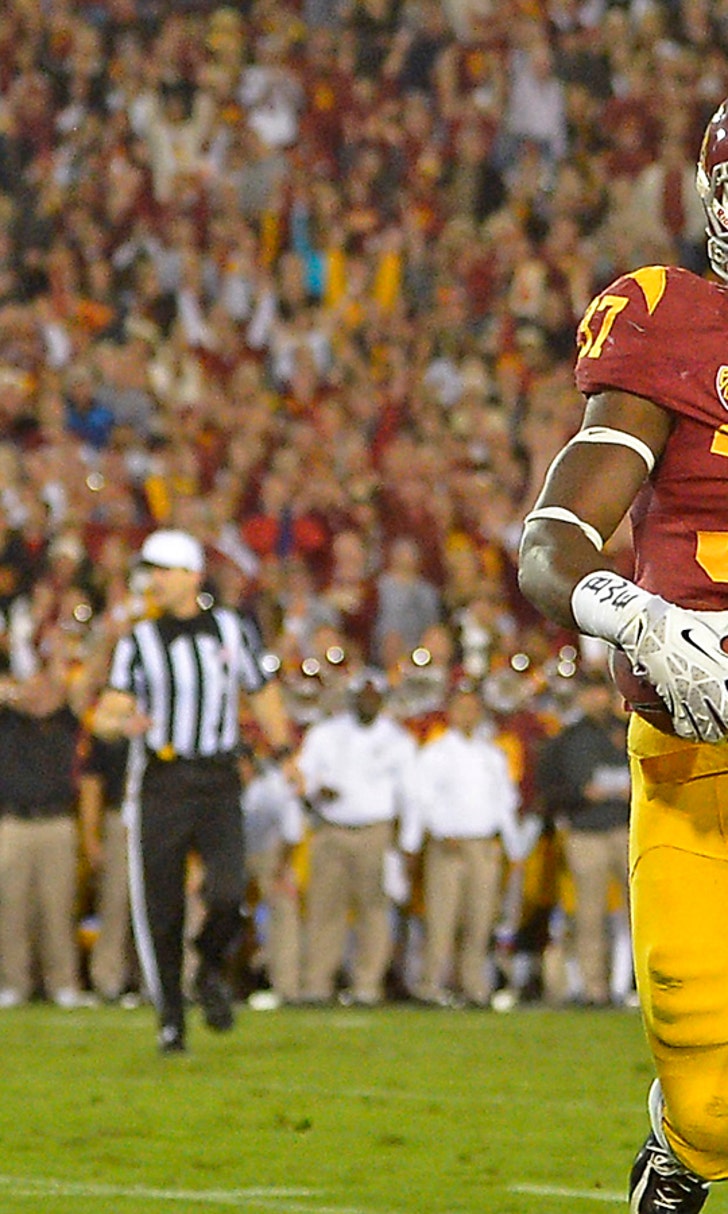 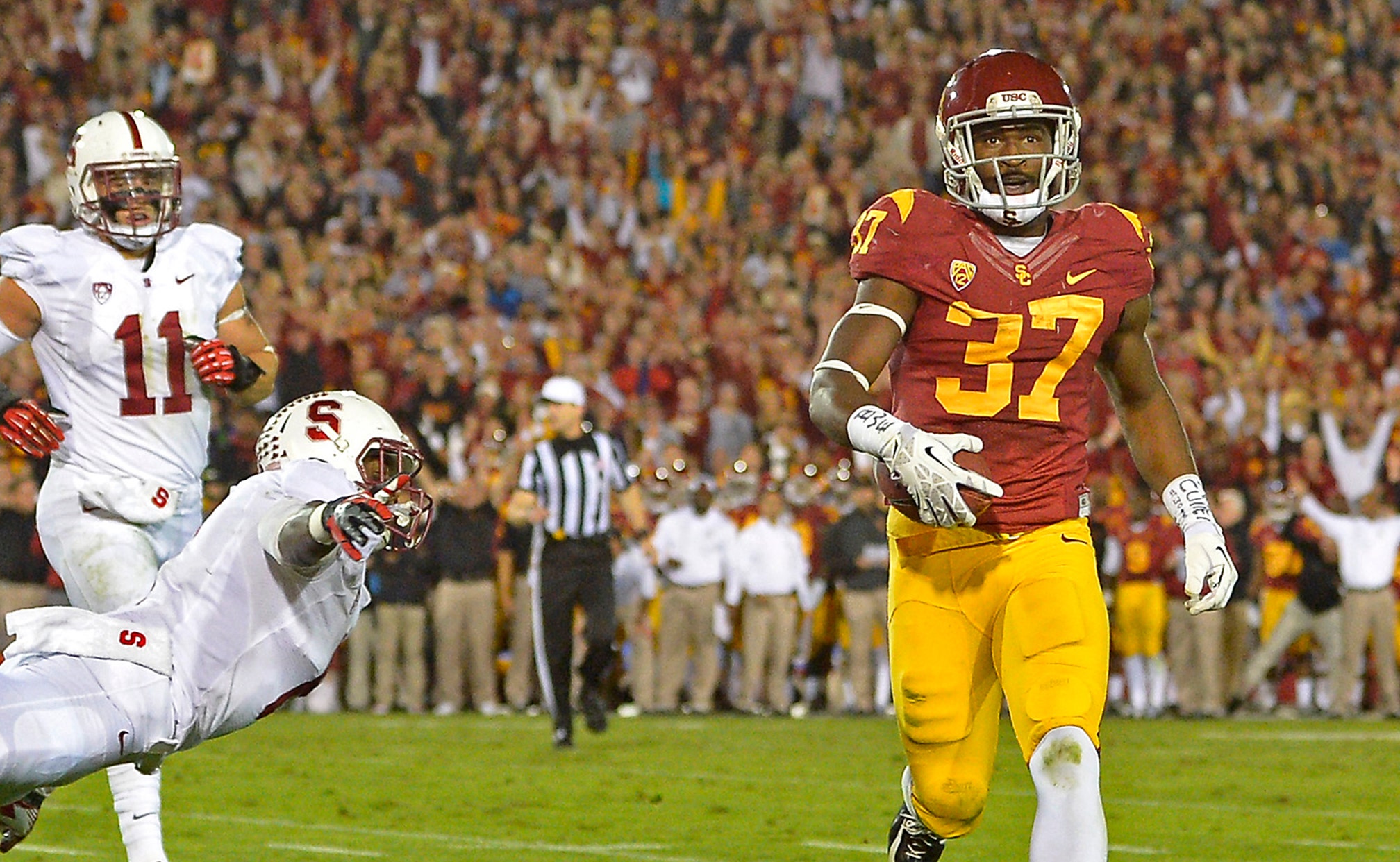 Young Buck could be fourth-round steal 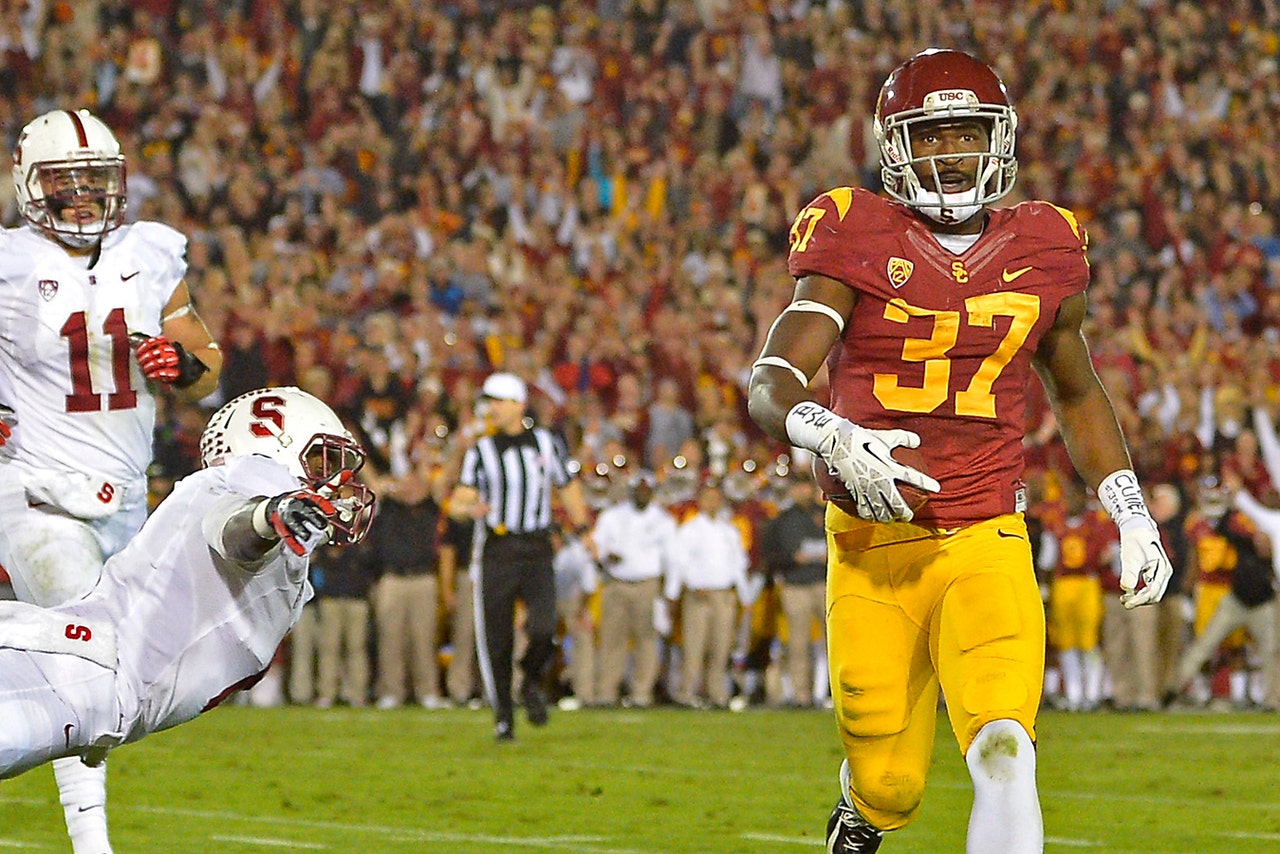 When Javorius 'Buck' Allen declared for the 2015 draft, he was projected as a second- or third-round pick, which is why the Ravens could have themselves a steal.

Baltimore used a fourth-round selection on Allen, who rattled off 1,947 yards from scrimmage last season for USC with 12 touchdowns. Allen is a good combination of size (6-foot, 221 pounds) and speed (4.53 4o-yard dash at the combine), and gives the Ravens another bruising back to team with Justin Forsett and Lorenzo Taliaferro.

"The call from the Baltimore Ravens was a blessing, and I couldn't ask for a better situation," Allen told the team's official site. "My time came and I’m going to take advantage of it. Unbelievable feeling."

With Allen still available at the conclusion of round three, the Ravens had Allen's name circled on their draft board.

"Buck was our top guy coming into this morning's draft," said offensive coordinator Marc Trestman said. "We really like Buck. We like his athleticism. We like his size. He’s very good inside and outside. He can catch the football. He’s a good blocker. We were very excited to have the opportunity to get Buck when we did."

So what can Allen do on the field? Let's go to the video tape.

The NFC East's Pain Is Your Gain
As he makes his Week 13 picks, Geoff Schwartz offers up a tasty wager against every single team in the "NFC Least."
15 hours ago

How To Win $100,000 In NFL Week 13
Before he makes his Super 6 picks for this week, Jason McIntyre compares the top teams in the NFL to pop culture.
17 hours ago