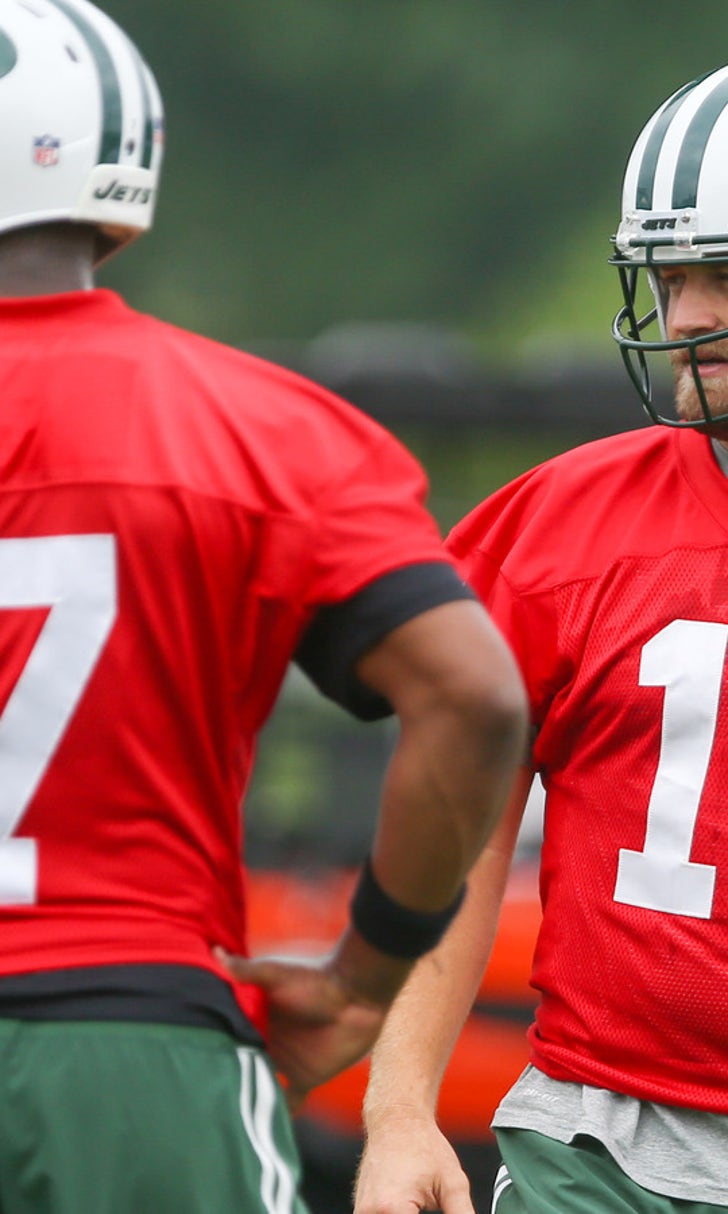 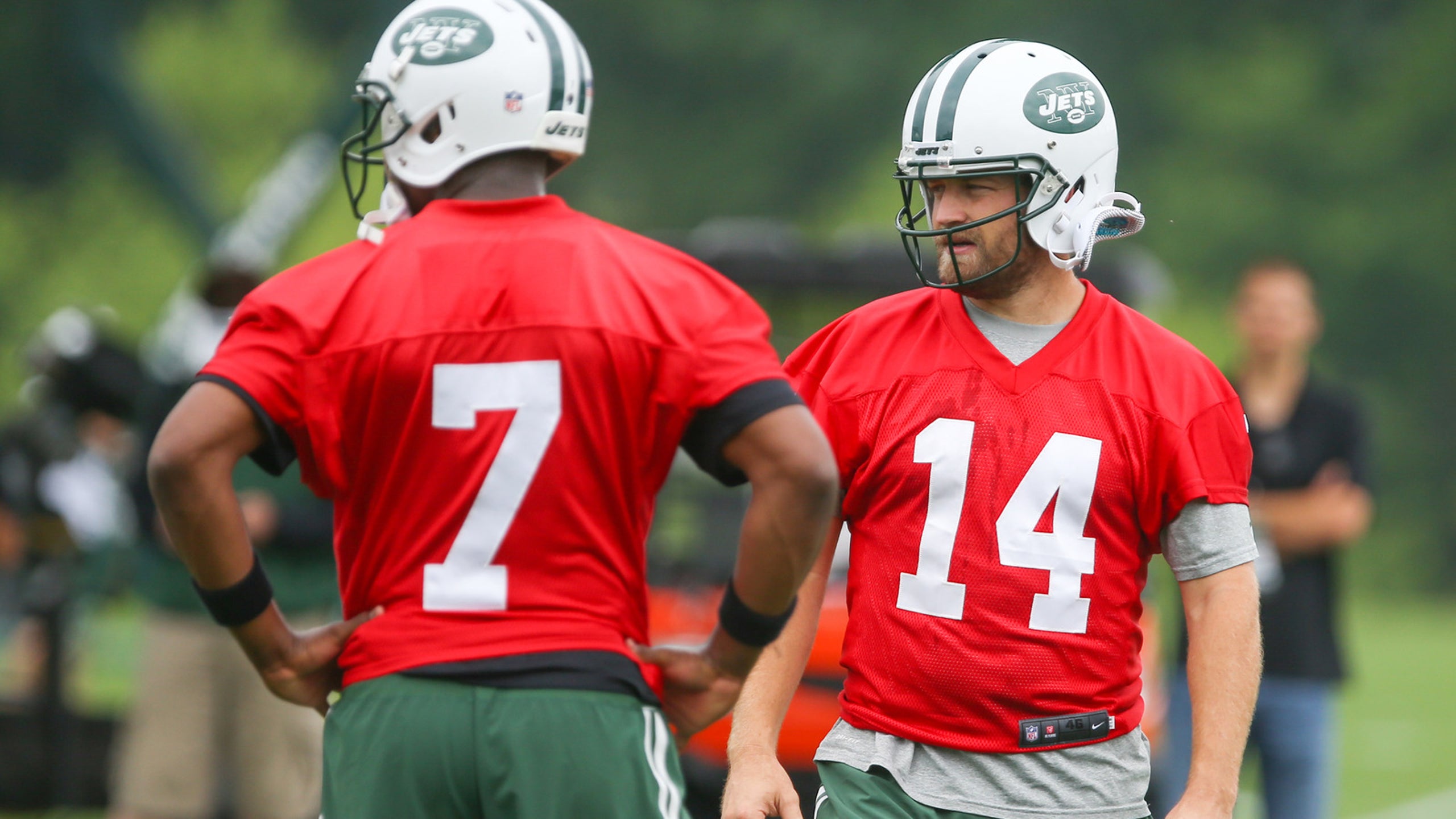 Bowles says Fitzpatrick to start for Jets vs. Jaguars 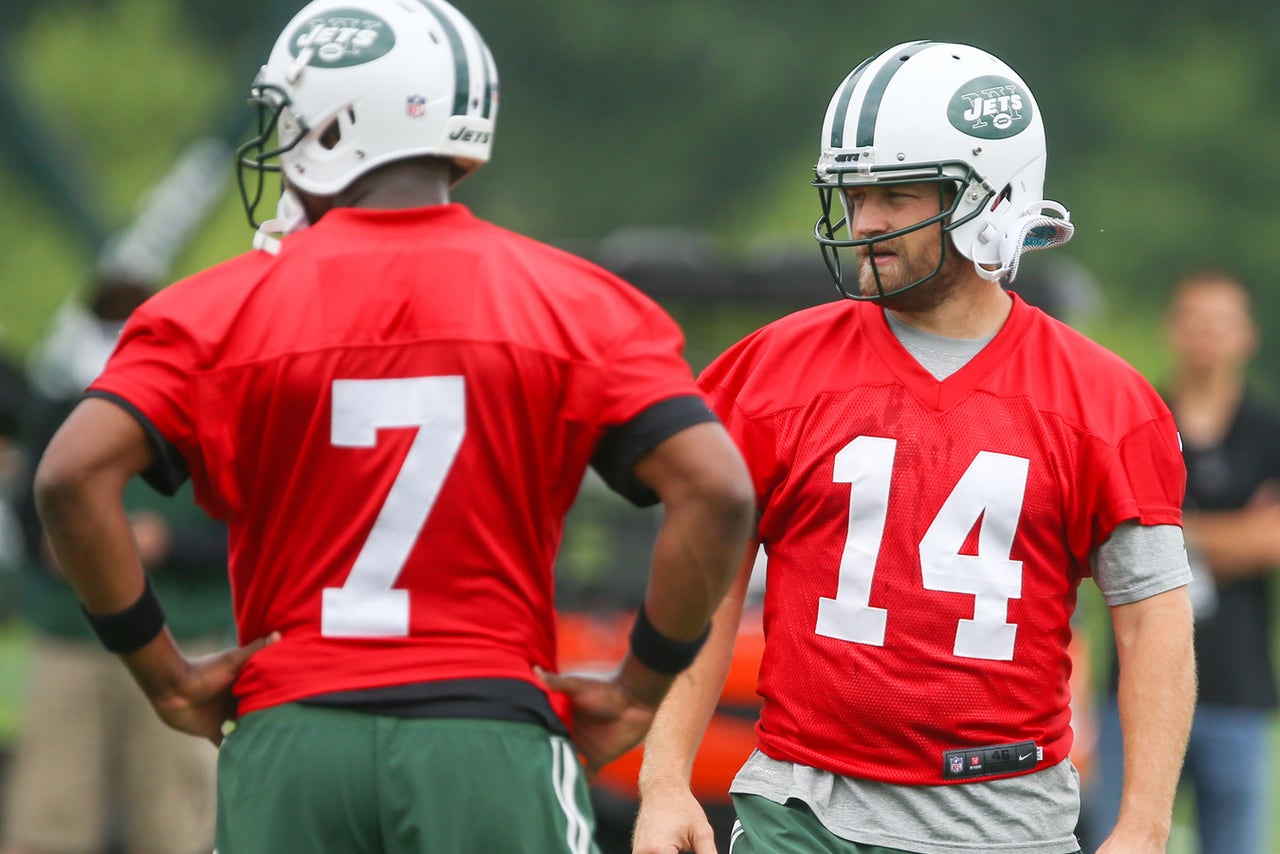 Coach Todd Bowles announced Wednesday that Fitzpatrick will be under center against the Jacksonville Jaguars after being a full participant at practice despite dealing with a torn ligament in his left thumb.

''No limitations today,'' Fitzpatrick said. ''Really, just kind of a trial run to see how it was going to feel and what the best way to do (things) going forward would be in terms of using it or not using it and all that. Today was a pretty positive day in that regard.''

The right-handed Fitzpatrick wore what he called ''a special glove'' over his left hand after tearing at least one ligament in his thumb that will require surgery at some point. He was hurt on the first drive of the Jets' 34-20 loss at Oakland last Sunday.

''Well, it's painful enough to get me out of changing diapers,'' said the father of five. ''That's been the one positive.''

Fitzpatrick will ''probably'' wear the glove during the game against the Jaguars, and added he's ''extremely confident'' he'll be able to play through the injury the rest of the season.

''I don't want to put the team in a position where I'm going to go out and hurt the team or turn the ball over or try to be a hero because something is compromised,'' Fitzpatrick said. ''I want to go out there and help the team, so if I can do that without putting me or the team in a compromising position, then I will. And I think I'm going to be able to do that.''

Bowles acknowledged that there are still some concerns about Fitzpatrick's thumb, which was heavily bandaged with ice in the locker room after practice.

''As long as he's moving forward with his progress, he'll start,'' Bowles said.

Geno Smith replaced Fitzpatrick against the Raiders, but bruised his left (non-throwing) shoulder and had to leave the game briefly after taking a hard shot to his abdomen. Smith was also a full participant at practice and will be Fitzpatrick's backup Sunday.

There was some initial fear that neither quarterback would be ready, which meant rookie Bryce Petty or a free agent - Matt Flynn was mentioned by Bowles - could have been pressed into action against the Jaguars.

Fitzpatrick has started every game this season after assuming the starting job when Smith had his jaw broken by a punch from then-teammate Ikemefuna Enemkpali in August. Smith was expected to be the starter until his injury, and it appeared he might have to fill in for Fitzpatrick - and possibly win his job back.

''Relief is a terrible word, but obviously we're praying that Fitz continues to get better,'' Smith said when asked if he was relieved Fitzpatrick is OK. ''But it's not a relief for me. I'm going about my business the same way.''

Smith acknowledged that his shoulder was still a bit sore, but felt fine during practice. He thinks he'll be 100 percent by Sunday, but had a feeling Fitzpatrick would get the start once he saw how the veteran was coming along.

Fitzpatrick, who had his season with Houston end a year ago because of a broken leg, said he has never dealt with this sort of injury. He spoke to Arizona quarterback Carson Palmer, his former teammate in Cincinnati, about playing through torn thumb ligaments. Palmer was hurt during the 2009 season while with the Bengals, but played in every game, leading the Bengals to the playoffs and making the Pro Bowl.

''Carson actually sent me a text before the game was even over, just saying, `Hey, hit me up,''' Fitzpatrick said. ''So, we talked a little bit and he went through something similar and so we were able to talk and bounce ideas off each other and all that. He's been a decent asset.''

One thing Fitzpatrick said he didn't realize was how little his left thumb is actually involved in taking a snap.

''That was a pleasant surprise,'' he said.

One complication could be trying to hand off exclusively with his right hand, or needing to change how he receives the ball from the center.

Fitzpatrick also acknowledged he might have to change things while working on one of his favorite pastimes: the Rubik's Cube.

''Yeah, there's a lot of people that can do it one-handed and kind of flick it,'' he said. ''So I'm going to have to try and learn different techniques.''