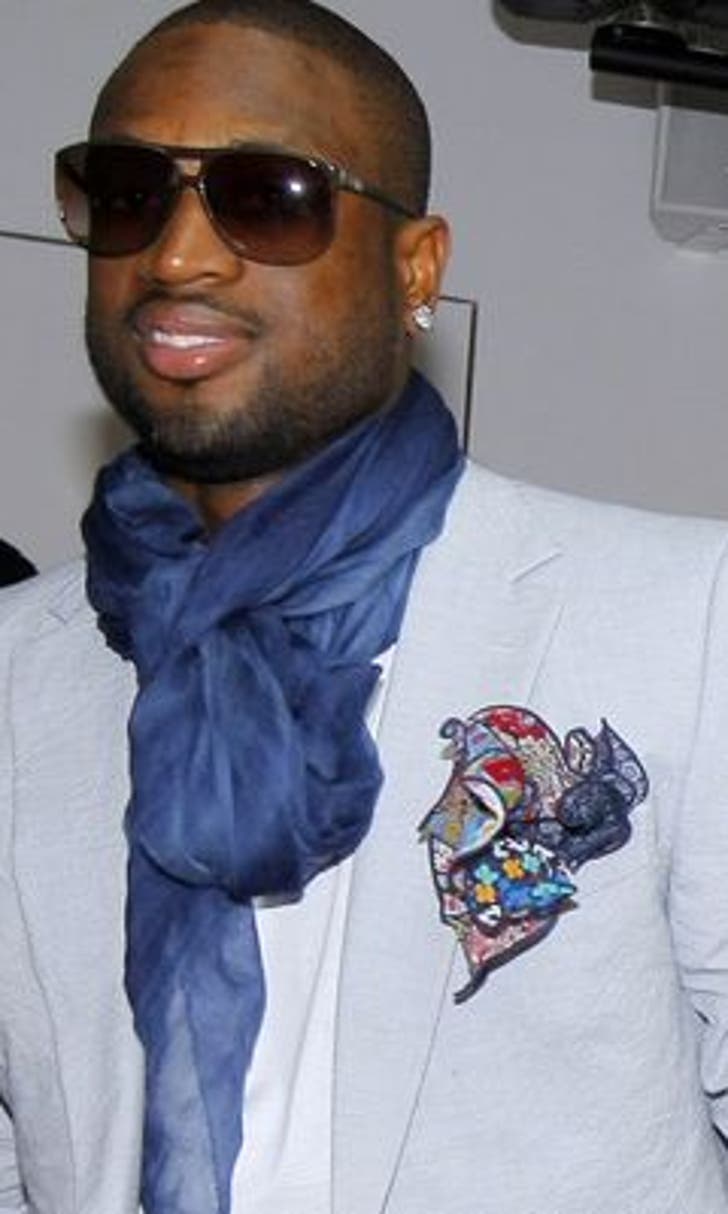 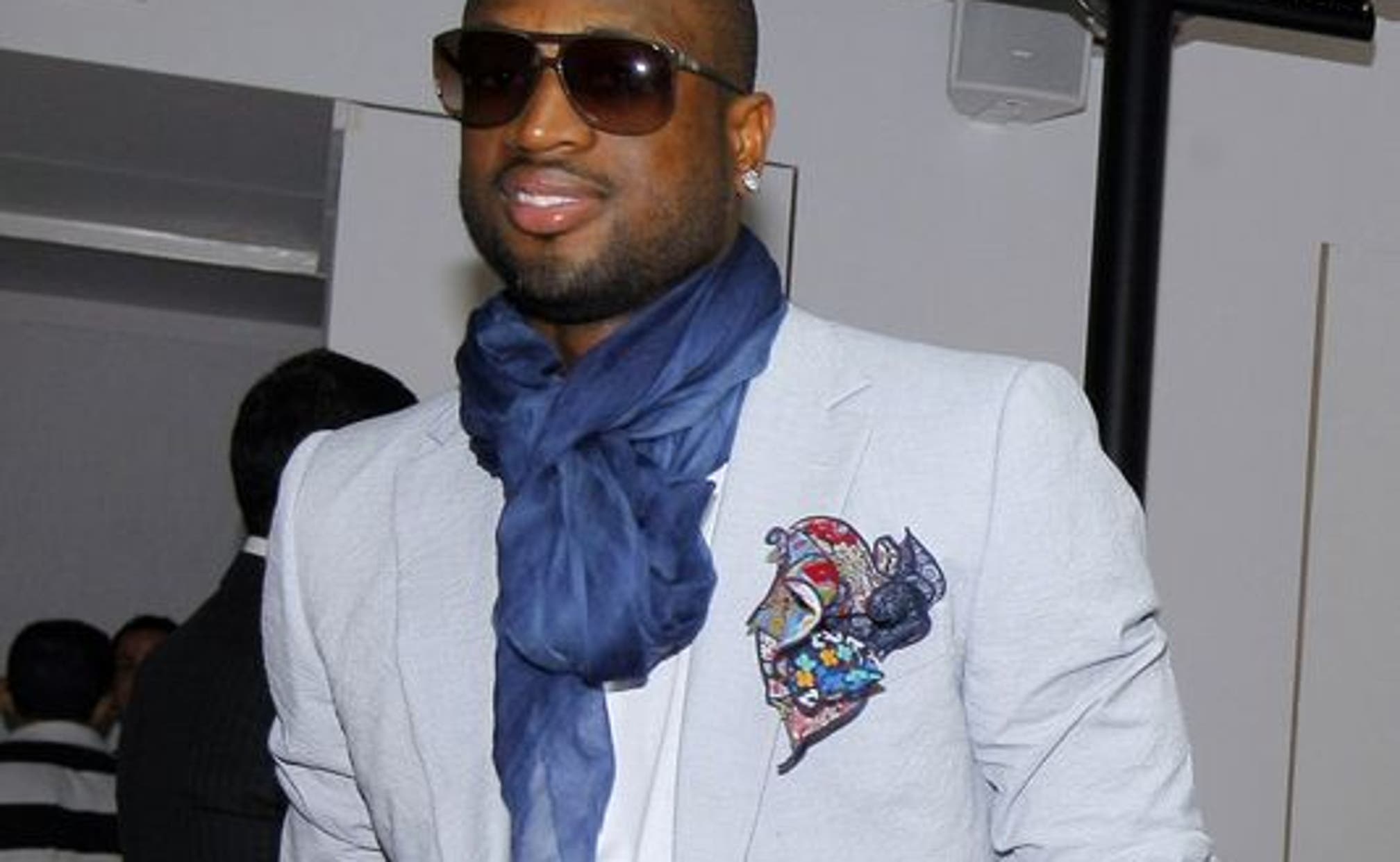 The good, the bad and the ugly: the NBA's most interesting playoff fashion 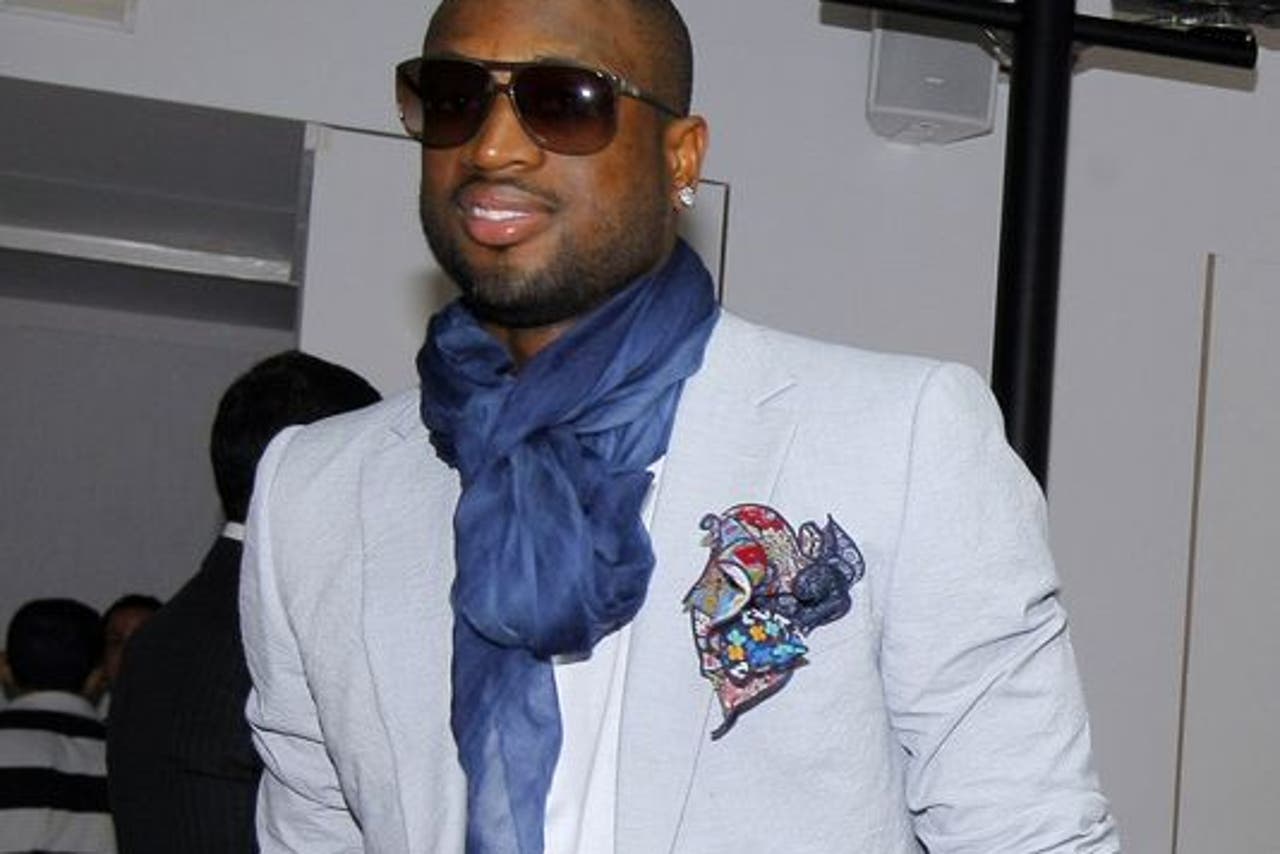 Round 2 of the NBA playoffs have come and gone. We’ve seen villains emerge and heroes shine. But not all of them wear capes.

Instead, they wear these insanely ludicrous outfits that need to be discussed further.

The epicenter of this fashion earthquake? The one, the only…Russell Westbrook – who not only honors his favorite rock stars: 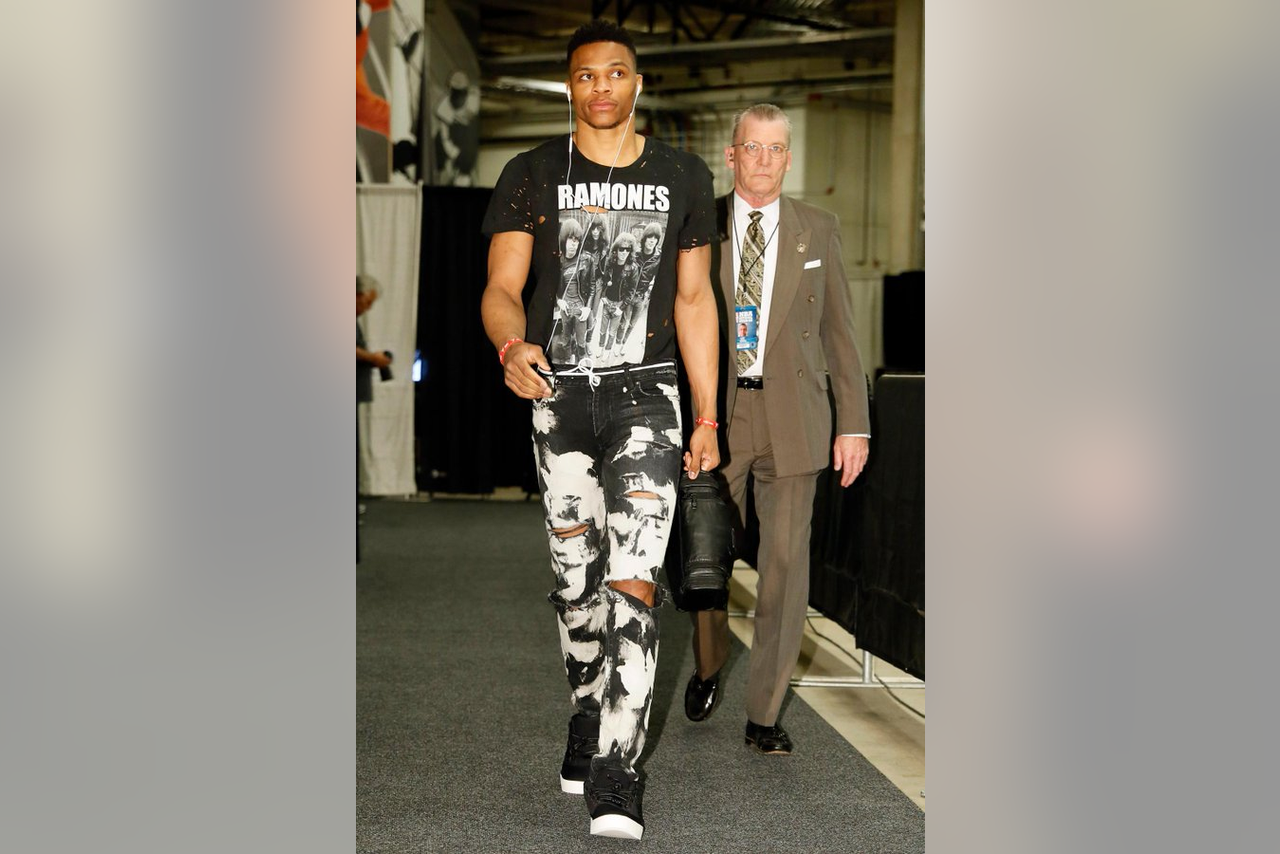 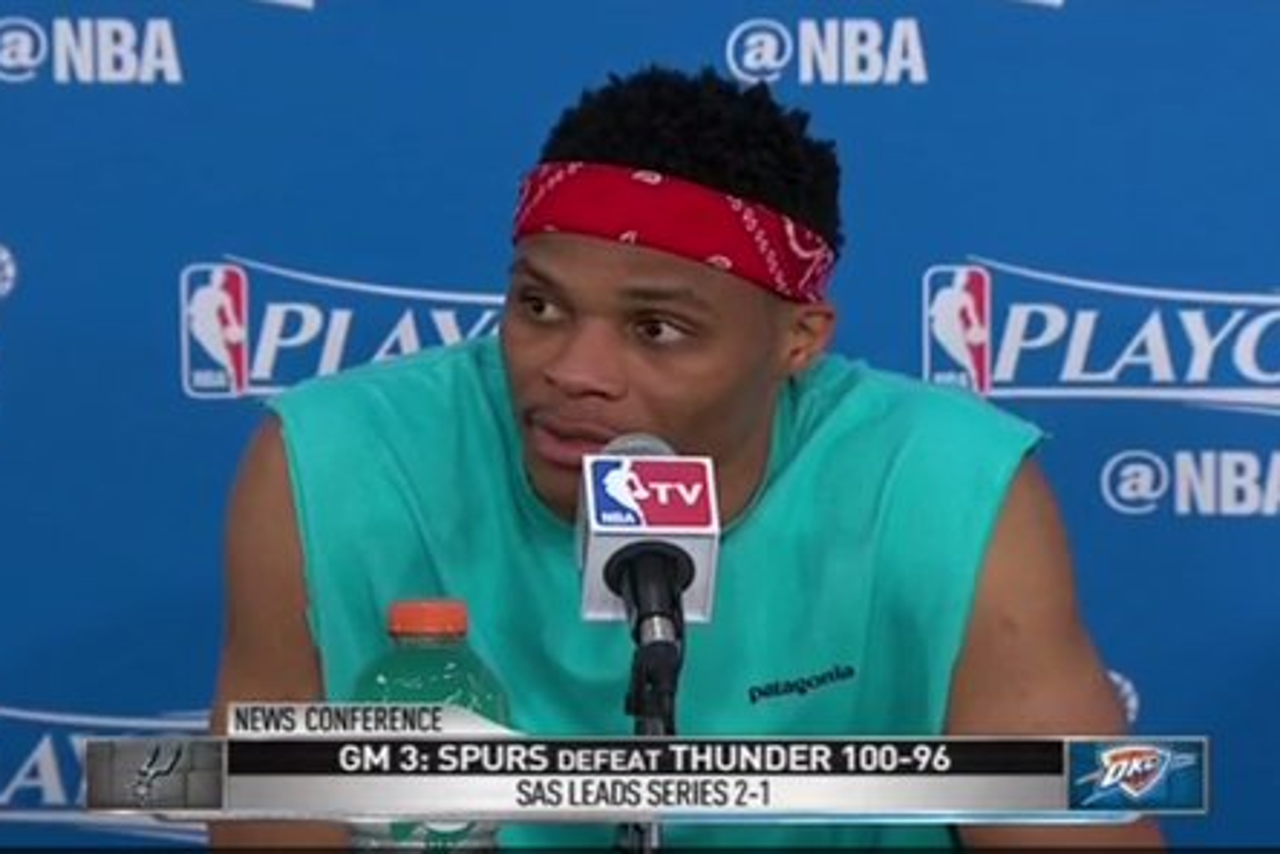 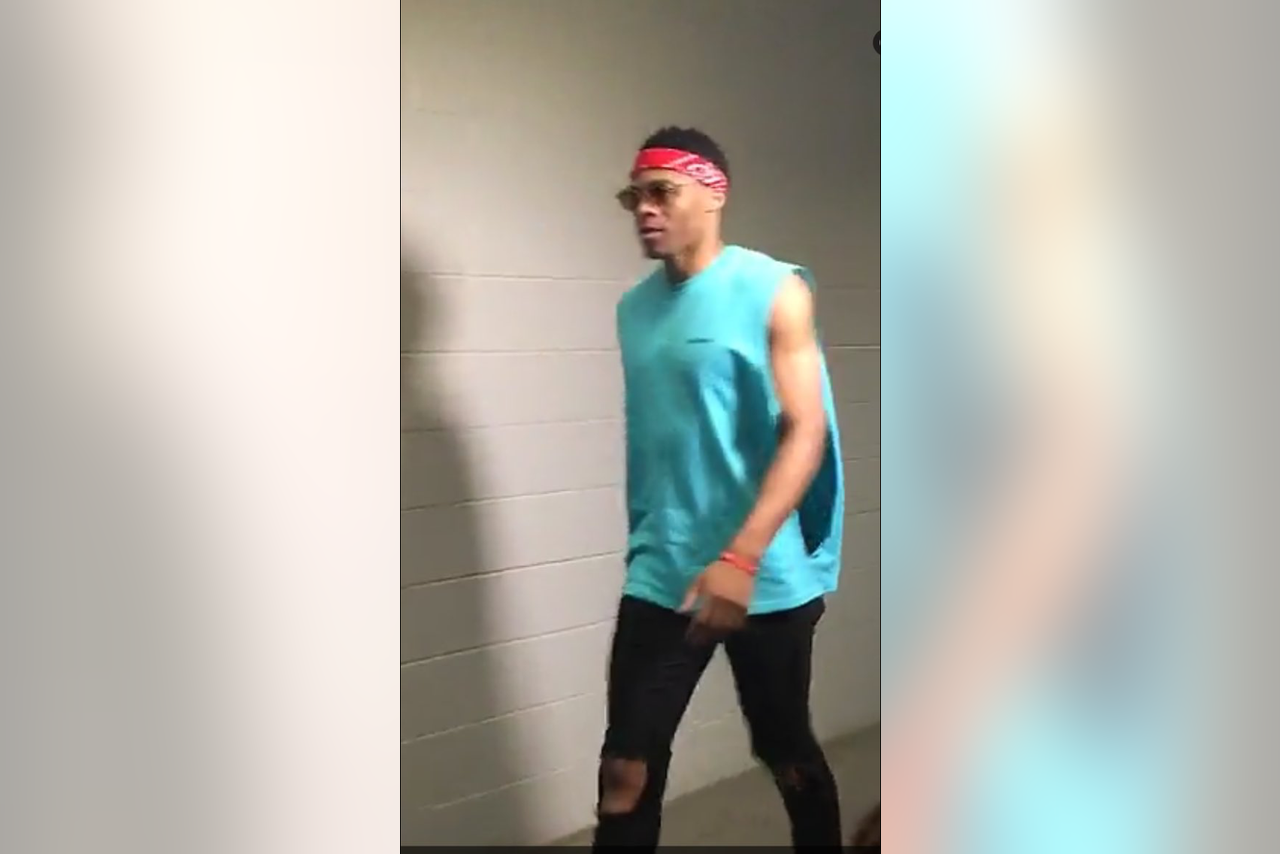 The good news for Russ is that his teammate, Cameron Payne, can go straight from the game to being his back up dancer without having to go home to get changed. 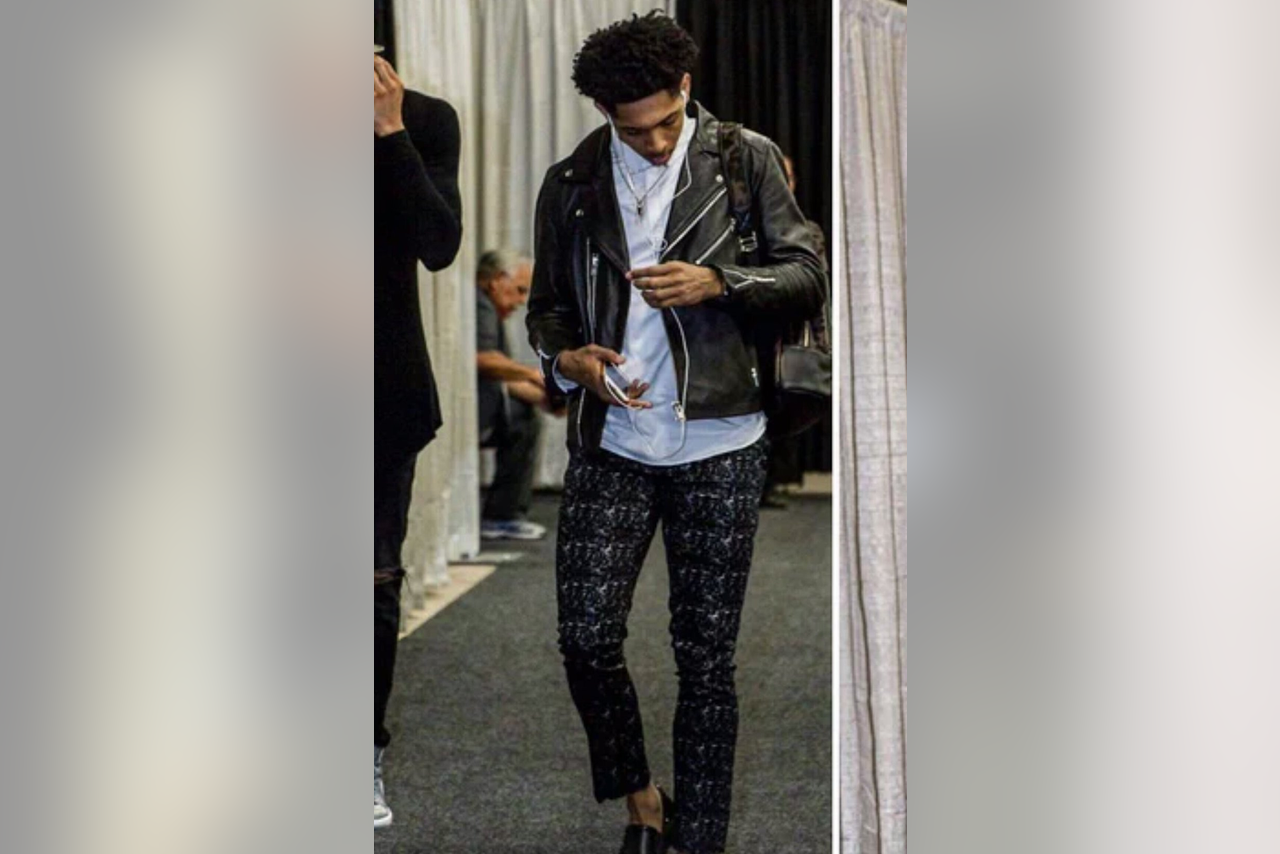 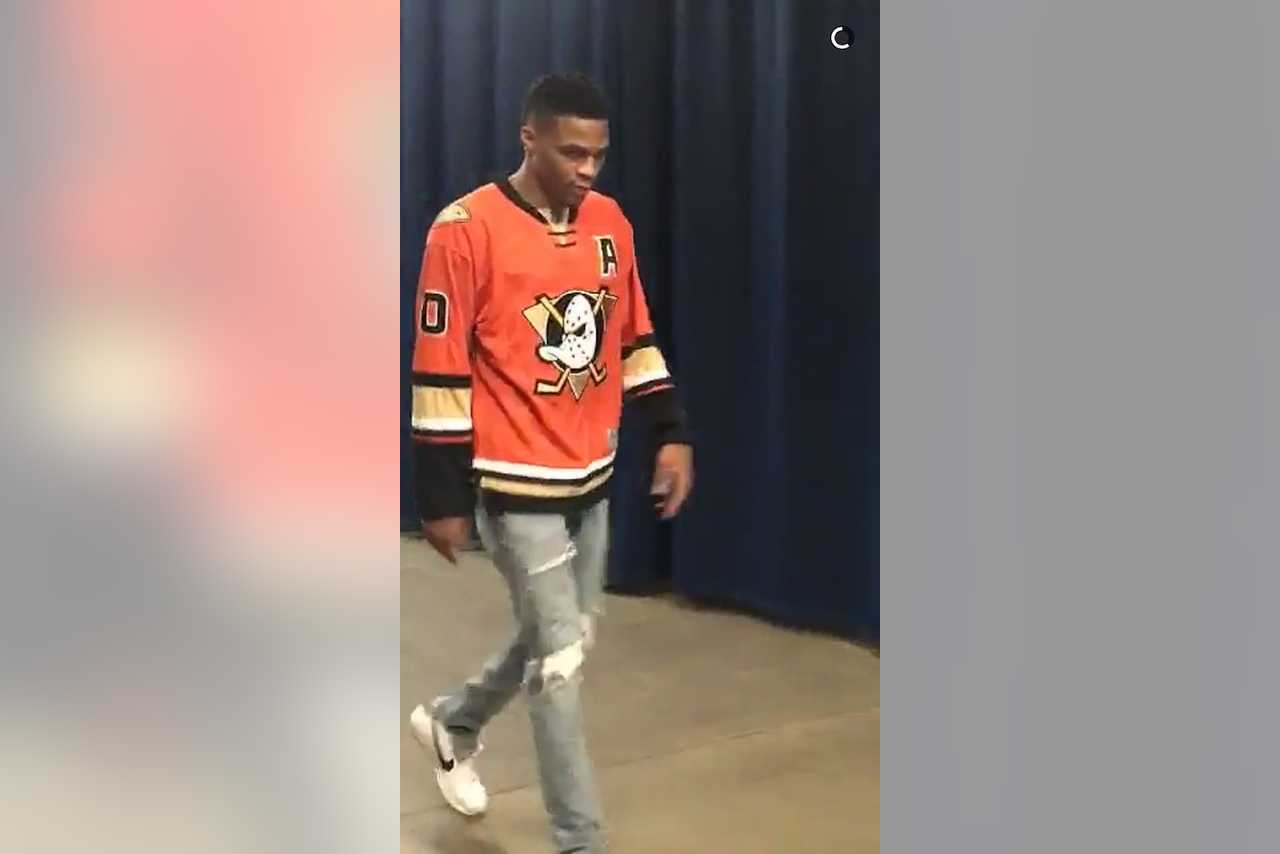 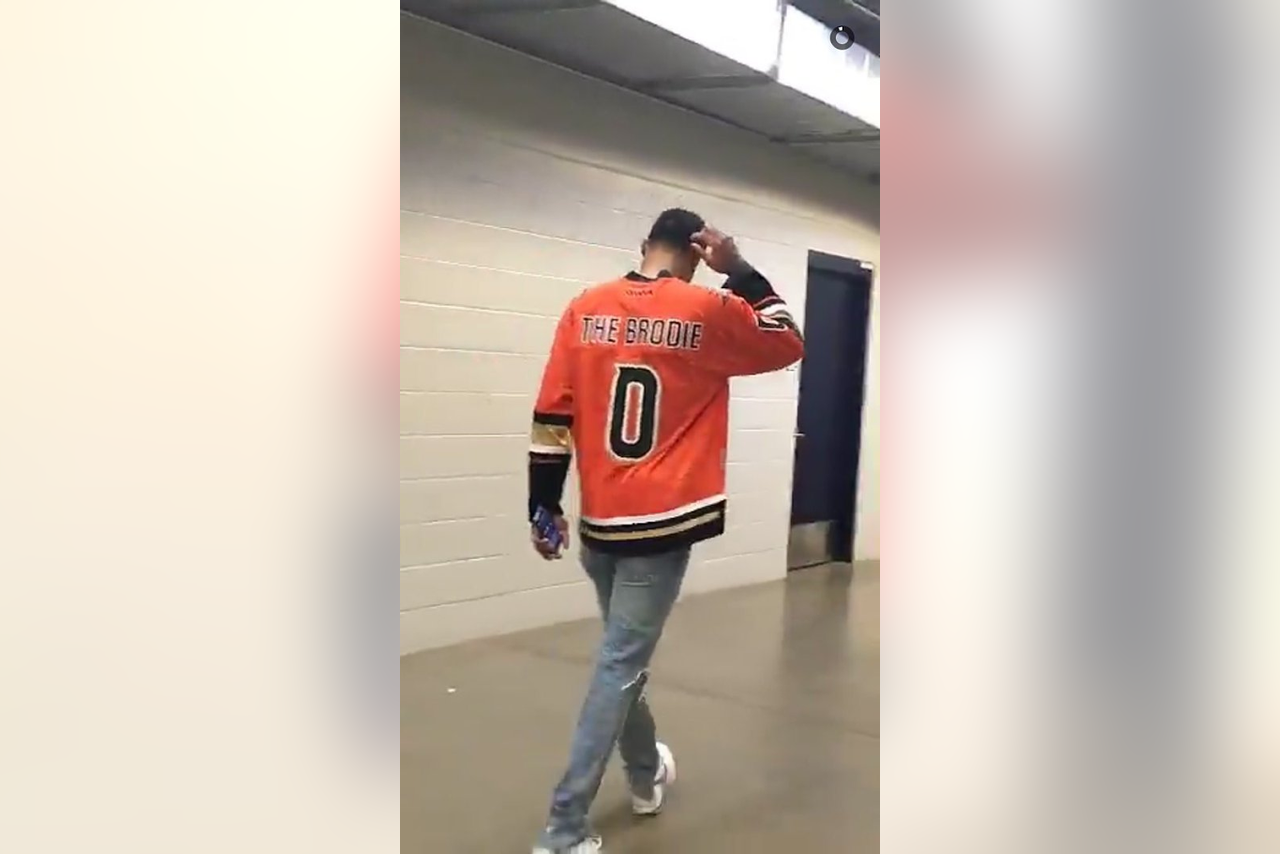 Once again, Russell proves that he is in fact the Bestbrook of all Westbrooks.

As the great Walt Clyde Fraizer would say: this man is “stylin’ and profilin’”… 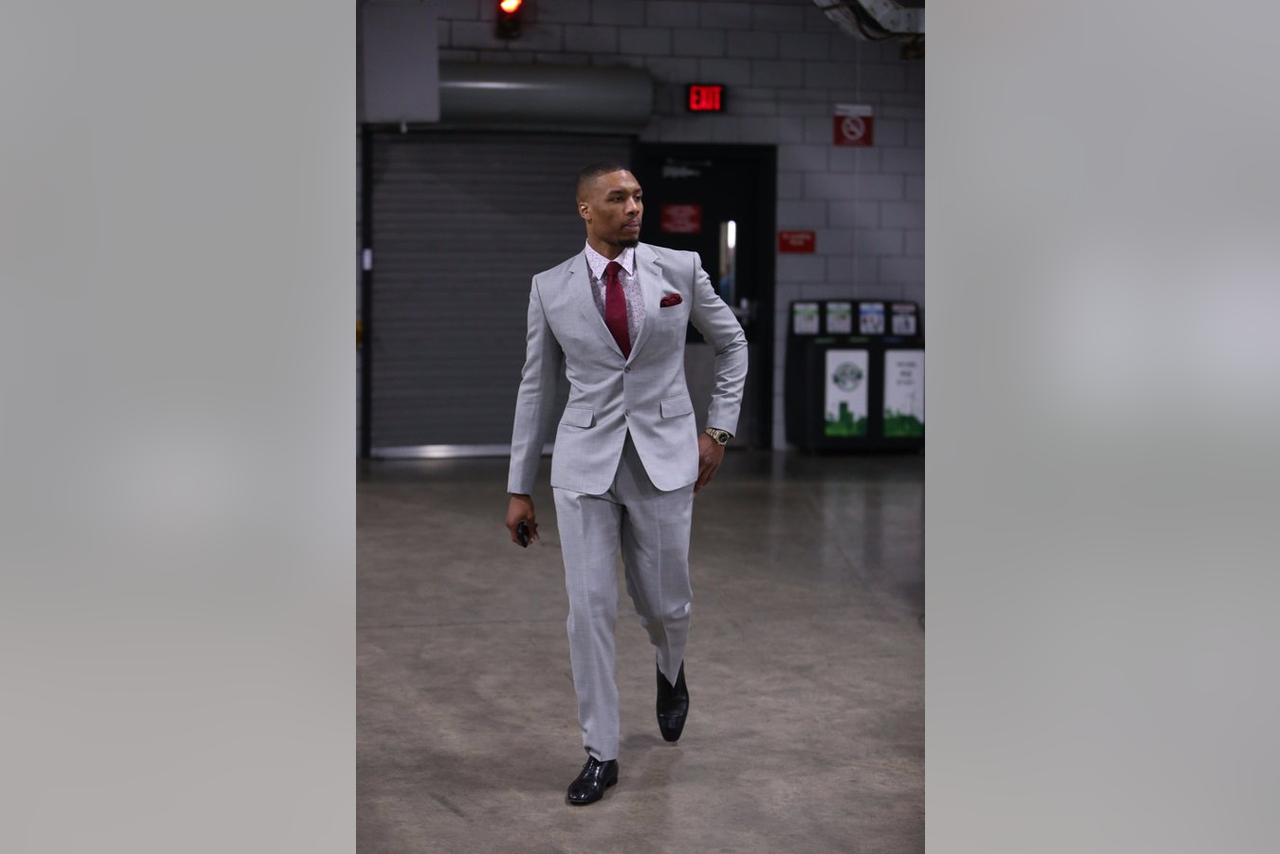 Father Time may be undefeated, but, Father Prime lives every day like it’s Mardi Gras 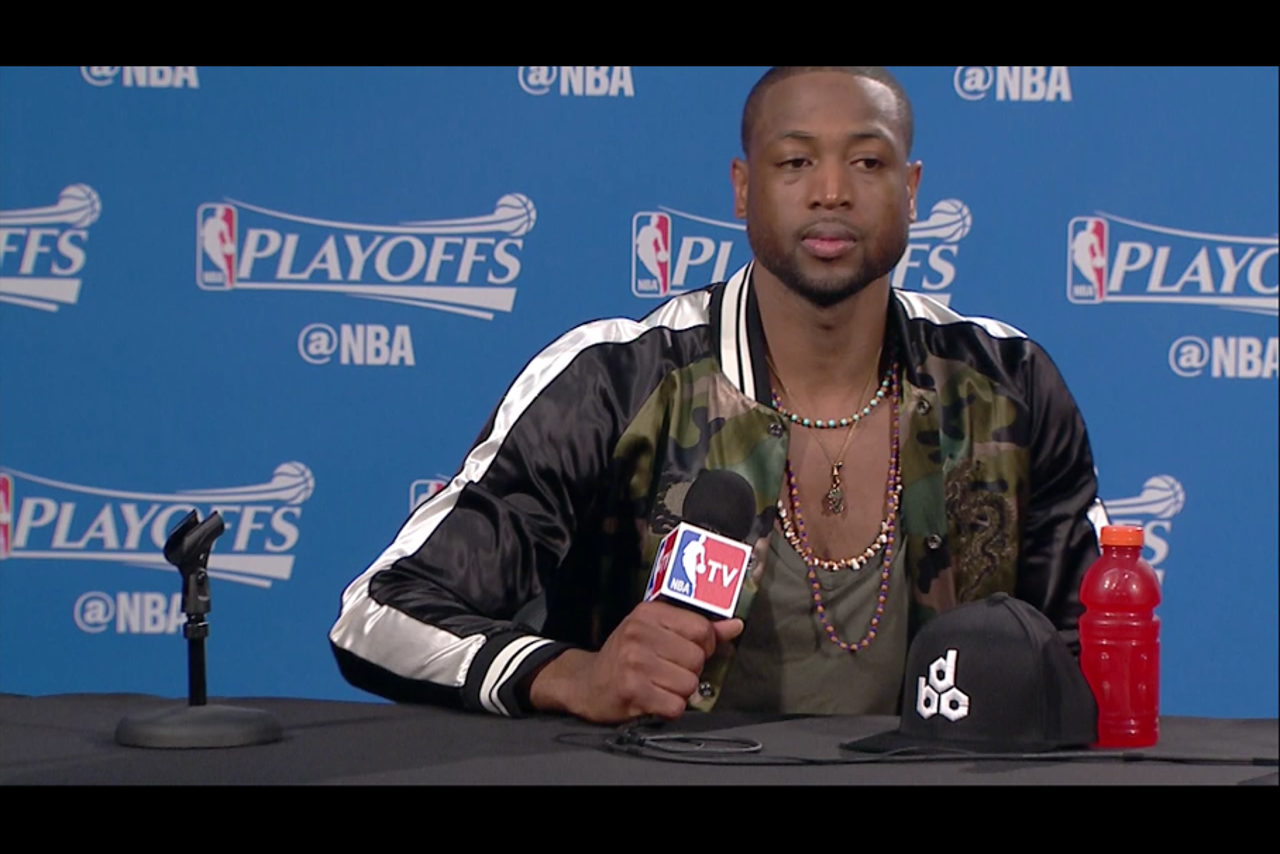 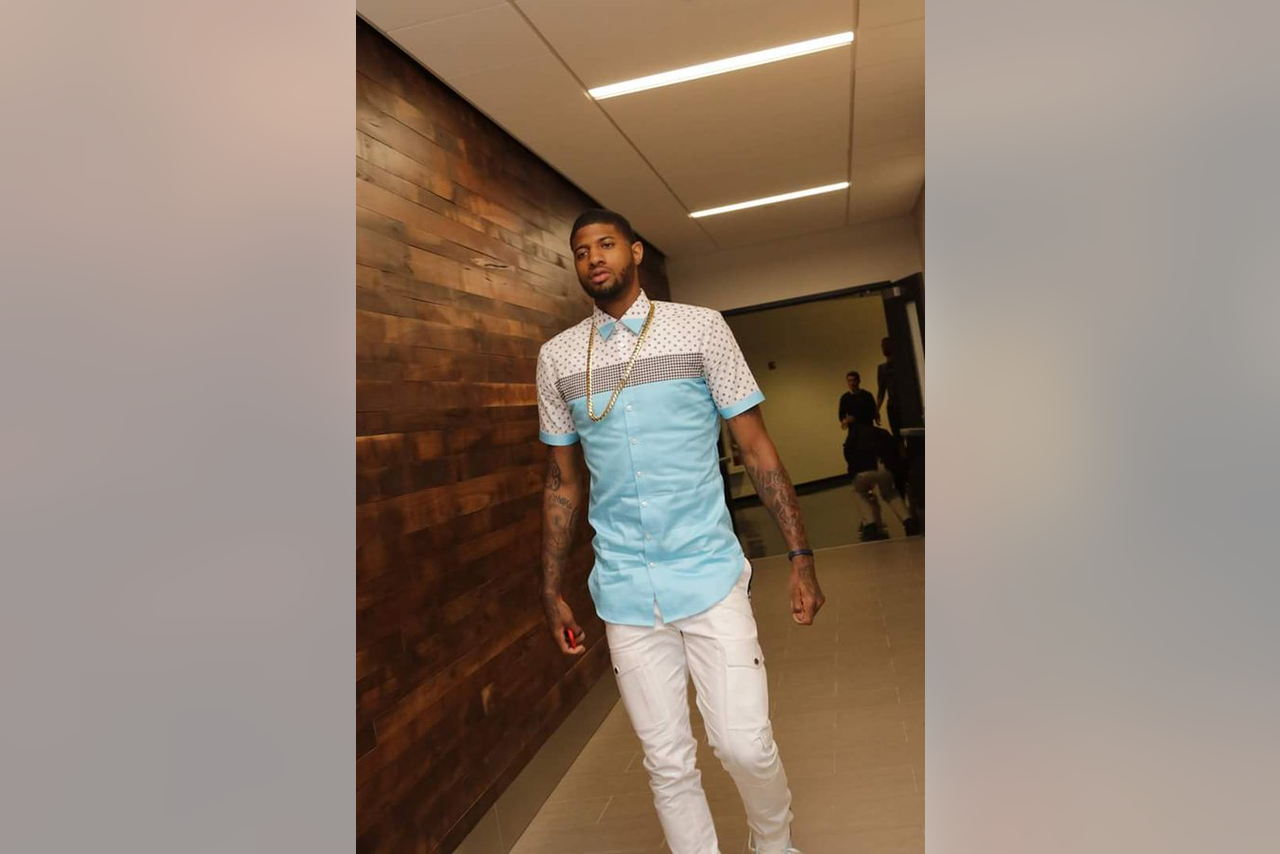 One team who doesn’t have to worry about violating any fashion rules? The San Antonio Spurs.

This isn’t a “DeMarre Carroll is questionable with a wrist injury” outfit this is a “DeMarre Carroll is here to drop 50 on your head” jacket. Let’s be honest: you don’t wear something like this unless you’re playing in the game, we should have all known at this very moment he was going to suit up and play – which he ultimately did. 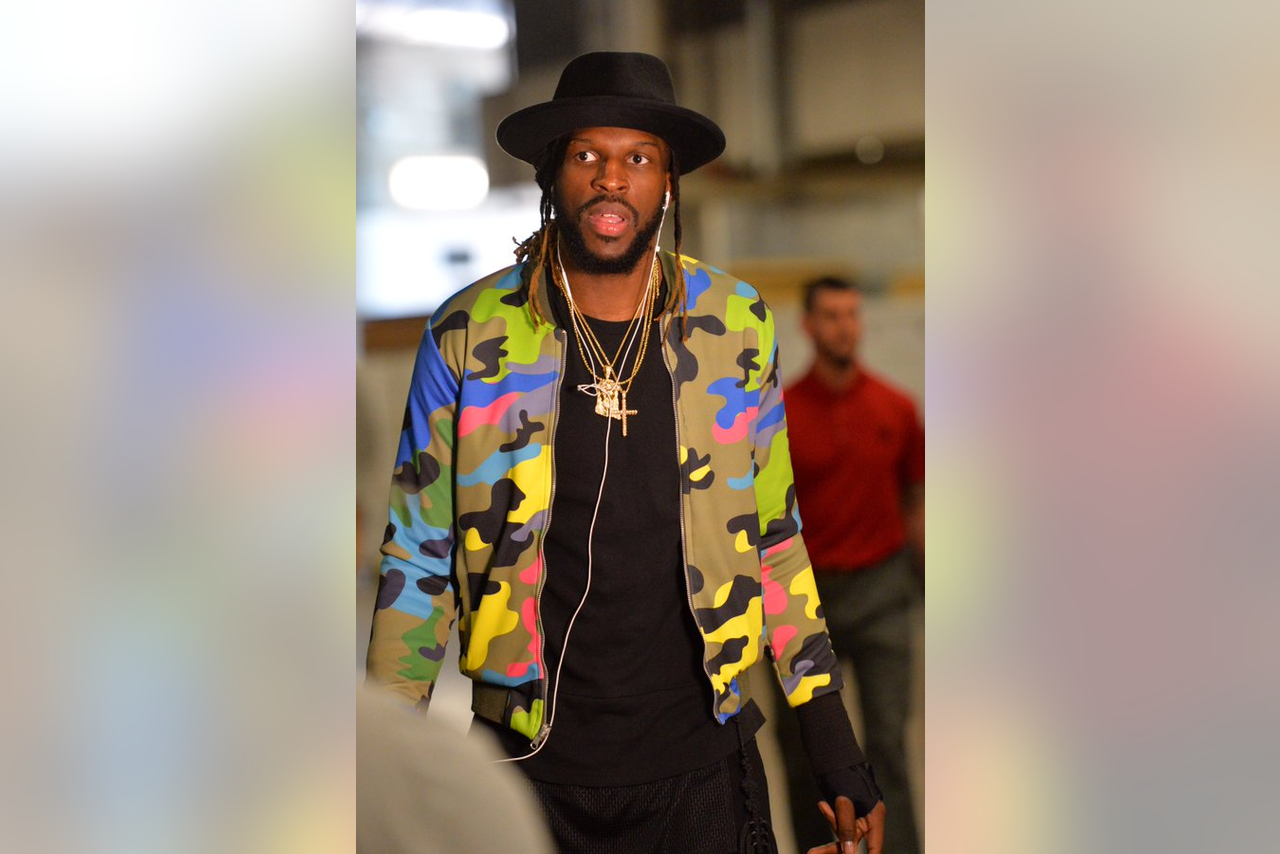 Can we please let the Andre Drummond come back and play for one of the teams in the conference finals so we can see just how many color combinations of this shirt he has? Reactions To Harden's Impressive Debut
The Beard was in classic form in his first game with Brooklyn, making NBA history along the way. Here's how people responded.
8 hours ago

A Big Liability In Brooklyn
How do sportsbooks react to blockbuster trades? How much money is on the Nets? And is there any value? Sammy P asked the experts.
15 hours ago

Worthy of Attention
Zach LaVine is setting the league on fire. Is Chicago officially looking at its next superstar guard?
16 hours ago