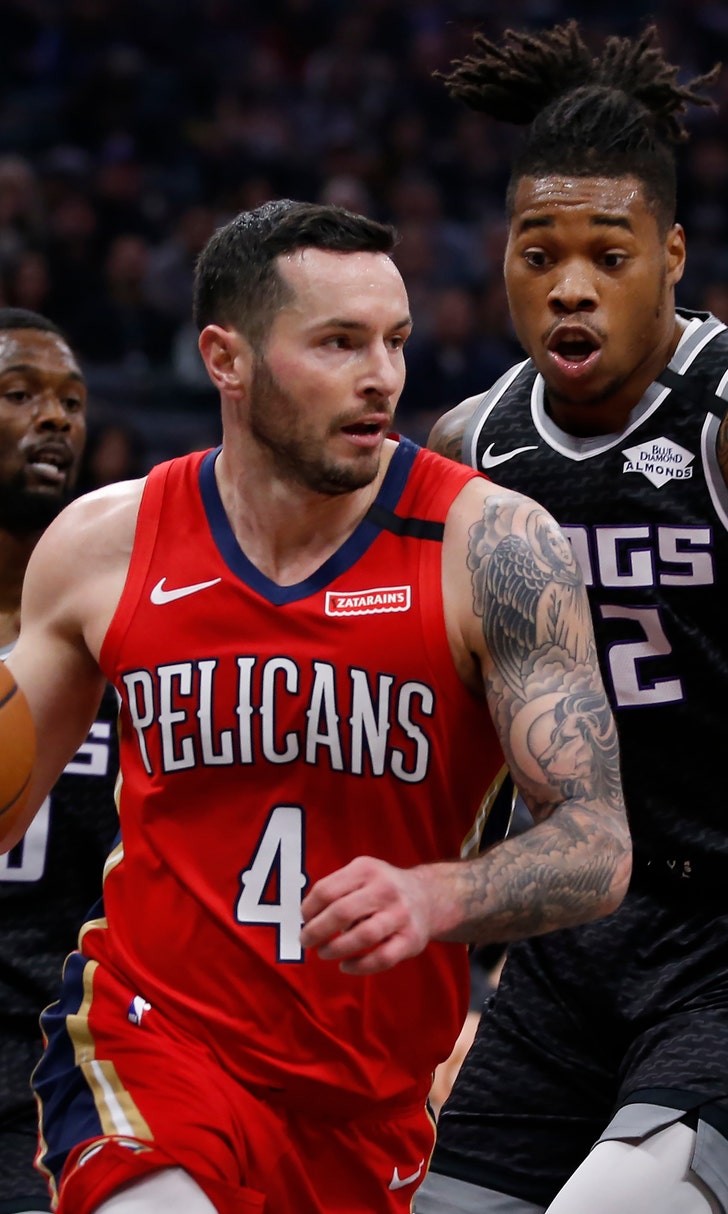 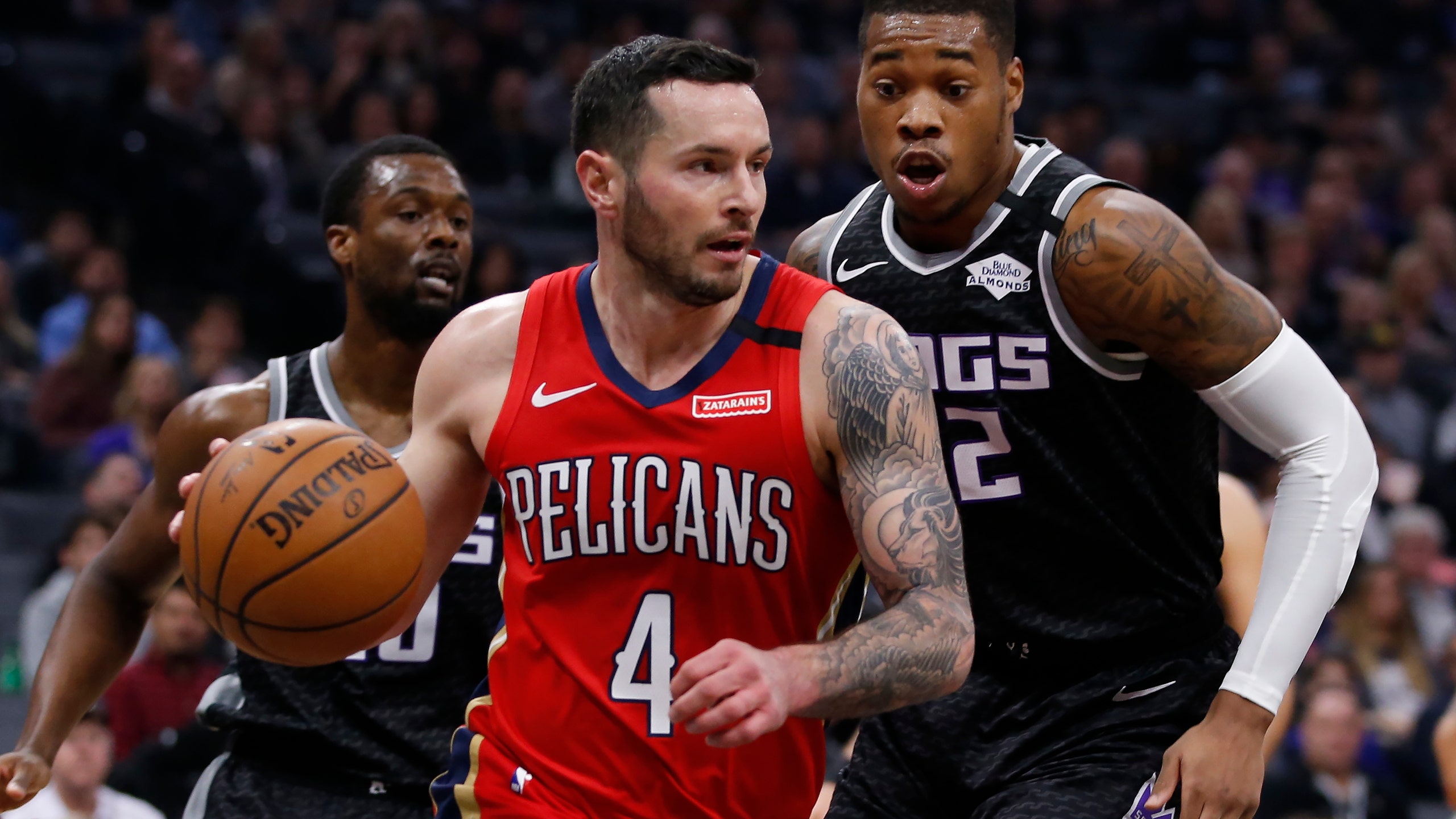 SACRAMENTO, Calif. (AP) — JJ Redick spends plenty of time practicing left-handed drives to the hoop, just for moments like this one.

His layup with 1.1 seconds remaining lifted the New Orleans Pelicans to a hard-fought 117-115 victory over the Sacramento Kings on Saturday night.

Lonzo Ball had 24 points with 10 assists and Redick scored 18 as the Pelicans won for the fifth time in six games.

Just moments earlier, it seemed New Orleans (12-24) had a win safely tucked away. But Sacramento’s Nemanja Bjelica converted a four-point play with 4.2 seconds left to tie it at 115.

Coming out of a timeout, Ball inbounded to Redick, who drove left and beat Richaun Holmes for a layup that banked in softly off the glass.

“Richaun saw him and you try to get (Redick) off the 3-point line because that's what he does,” Sacramento guard De’Aaron Fox said. “But he made a tough, underhand, left-hand layup that was high off the glass. Yes, that's a tough shot. But he's a veteran and he knocked it down.”

Redick did so thanks to the early-morning work he puts in before Pelicans shootarounds, driving in for layups with his off hand while coaches swat at his shots with a big pad.

“Once I got by (Holmes), my mindset was just get the ball high off the glass,” Redick said. “Believe it or not, I practice that shot. And so when I shot it, I knew it was in.”

Harrison Barnes matched a season high with 30 points to lead the Kings (13-23), and Buddy Hield added 24.

The Pelicans, who recently stumbled through a 13-game losing streak, appear to be rounding into form as they await the return of No. 1 overall draft pick Zion Williamson from a right knee injury.

Williamson, who underwent surgery Oct. 21, has missed the entire season to this point, but he recently began practicing.

“To me, the big thing was our guys kept their poise and found a way to win a game on the road when everything that could go wrong had gone wrong,” Pelicans coach Alvin Gentry said.

New Orleans trailed by four entering the fourth quarter, but Ball scored 15 points in the final period. It was his third consecutive game of 20-plus points after he had just one over his first 25 contests.

New Orleans went into halftime with a 52-48 advantage thanks to 16 points from Redick, whose only points in the second half came on his game-winner.

Pelicans: New Orleans played its seventh set of back-to-back games this season. The Pelicans are 5-2 on the back end of such matchups.

Sacramento trailed 115-111 with time winding down when Bjelica, double-teamed beyond the arc, banked in a 3-pointer and was fouled by Brandon Ingram with 4.2 seconds left. Bjelica hit the free throw to tie it and temporarily throw the home crowd into euphoria.

Before the game, roughly 100 people gathered outside Golden 1 Center to protest the United States’ recent airstrike in the Middle East that killed one of Iran’s top officials. Similar protests took place around the nation Saturday.

A heavier police presence than normal was on hand outside the arena in anticipation of the protest, which by all accounts remained peaceful.

Ingram’s 16 points was well below his average of 25.2 points per game that he entered with. But New Orleans countered with balanced scoring that included Jrue Holiday chipping in 19 points and Josh Hart 16.

Pelicans: Return home Monday to host Utah, which posted a 128-120 victory over New Orleans on Nov. 23.

Kings: Host Golden State on Monday, having defeated the Warriors on the road in mid-December.

Dunk Disappointment
Fans never got a single dunk contest out of LeBron James. Skip Bayless and Shannon Sharpe give their best guesses as to why.
6 hours ago