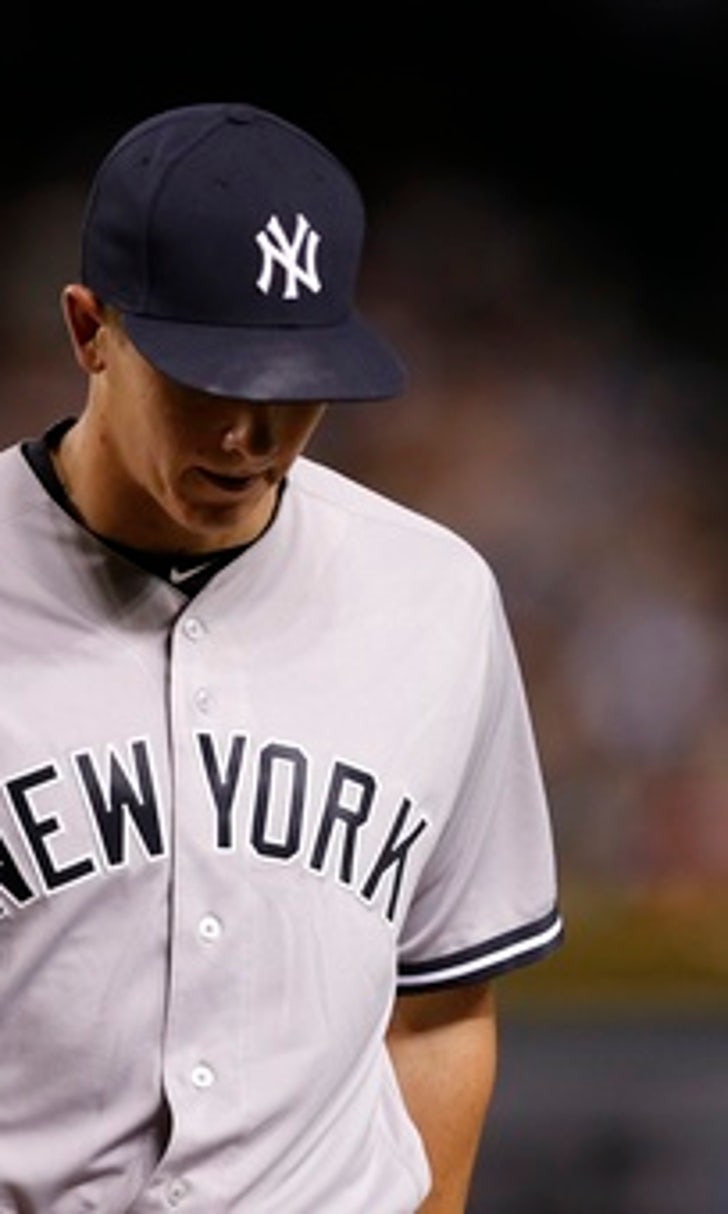 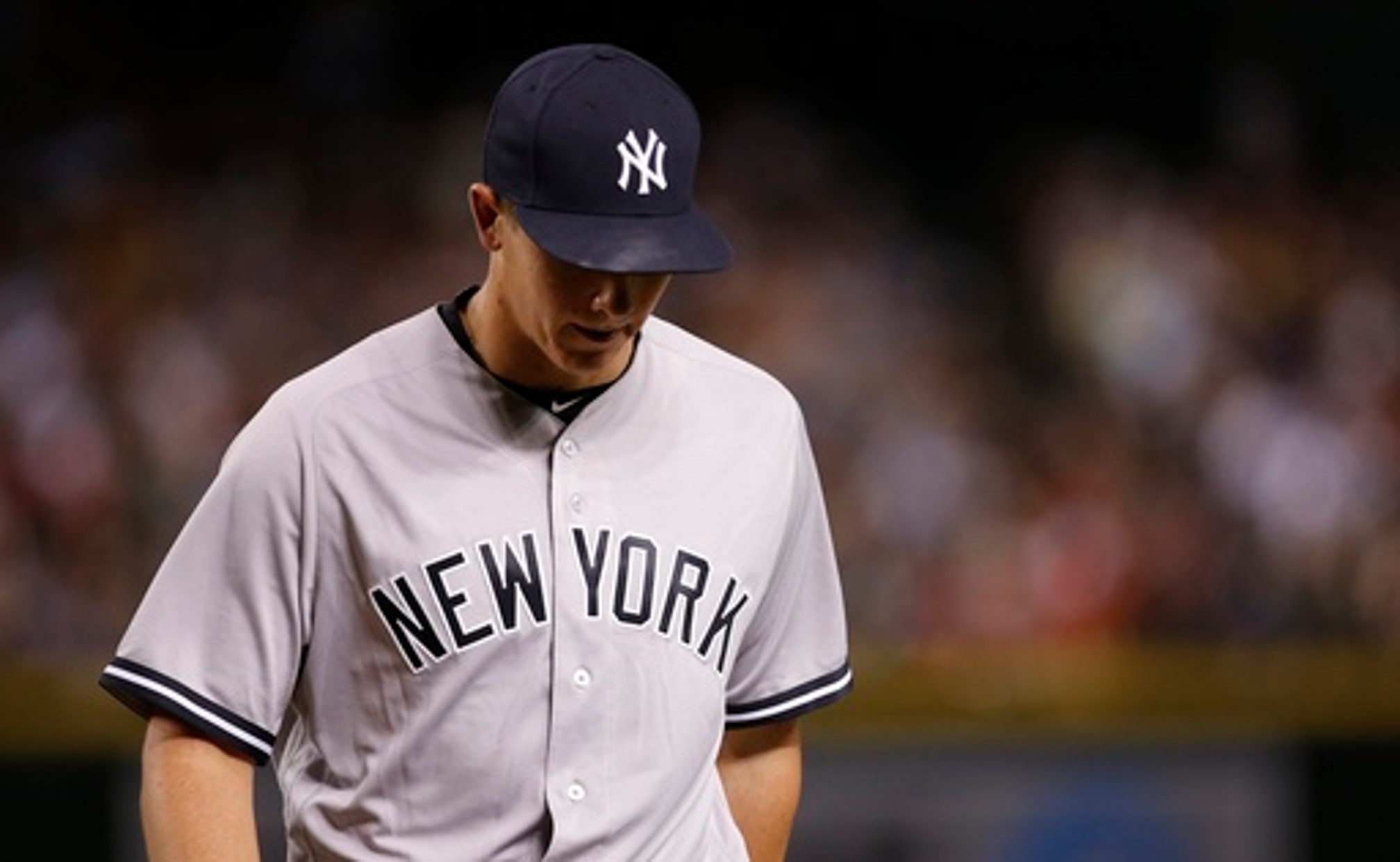 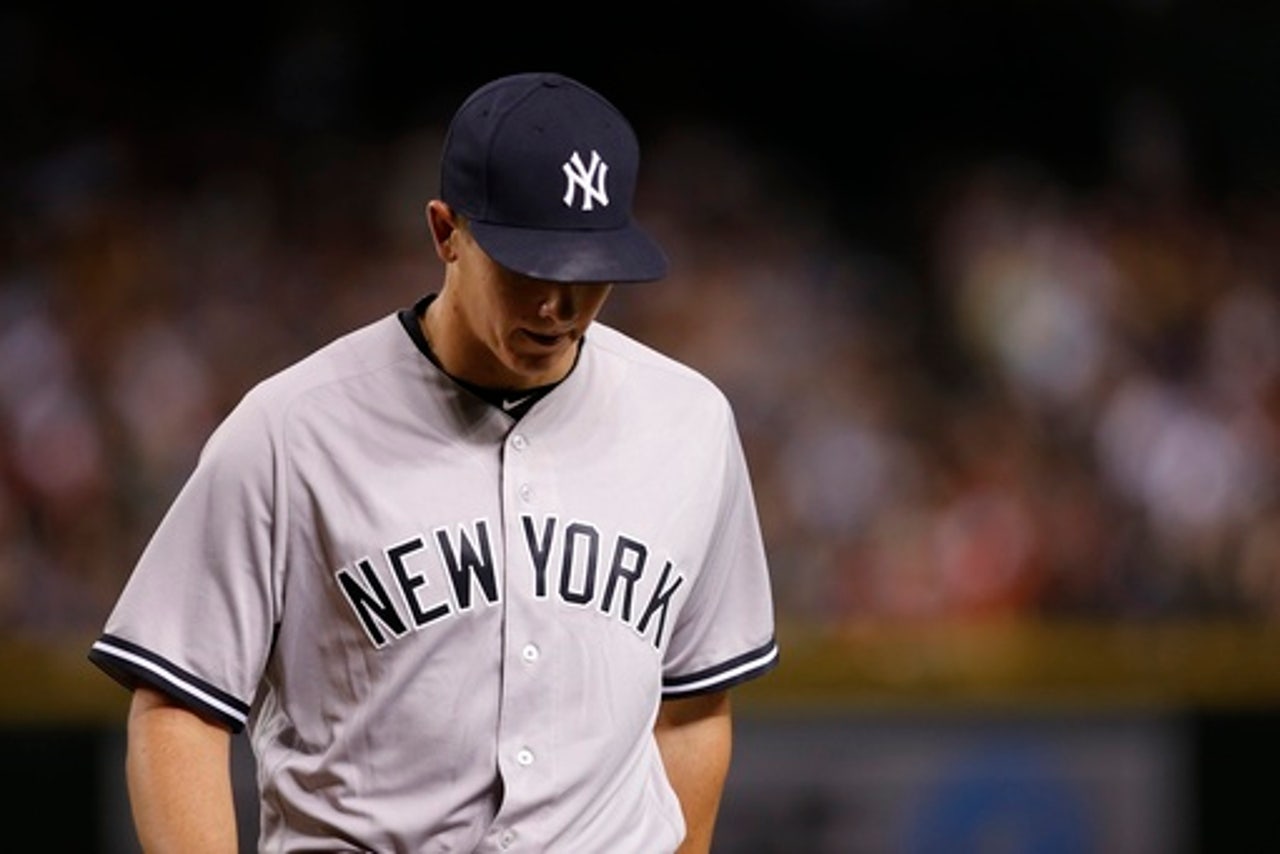 The young third baseman broke open the game with a three-run home run and the Diamondbacks snapped a five-game losing streak with a 12-2 rout of the New York Yankees on Monday night.

Lamb was a triple shy of the cycle, and Arizona had 15 hits after scoring just six runs in losing four straight at home to San Francisco.

''People say it a lot but I think that hitting is a little contagious,'' Lamb said. ''Just to get a game like this, it's kind of like you can take a deep breath and go, `OK, we can hit.'''

Paul Goldschmidt, 1 for 14 in the Giants series, also homered off Chad Green (0-1) in the right-hander's major league debut. The Diamondbacks had lost seven straight at home.

Robbie Ray (2-2) allowed two runs on six hits in seven innings, his longest outing of the season, and got his first career RBI.

''That's as good as I've ever seen him,'' Arizona manager Chip Hale said, ''in the strike zone, going after guys. He was using his breaking ball, his changeup, but he was really beating them with his fastball. I could hear him grunting out there.''

Jacoby Ellsbury tripled and scored for the Yankees, who began a seven-game trip after a 7-3 homestand.

''There is never a good time to have a game like this,'' Yankees manager Joe Girardi said. ''I wasn't sure what we were going to get from Greenie. I thought he did a decent job.''

''It was an awesome experience but I left some balls up in the zone and they did some damage with it,'' he said. ''Overall I made a couple of mistakes I am not happy with. It was OK.''

First baseman Mark Teixeira dropped the throw from Green on Michael Bourn's bunt for an error that began Arizona's five-run fifth. Goldschmidt walked and, in an eight-pitch at-bat, Lamb hit one over the swimming pool beyond the right field fence for his fifth homer of the season.

''Especially in that situation, a guy on second, I was trying to get a base hit,'' Lamb said. ''Just because we've been struggling a little bit, you don't want to do too much in that situation. I got the barrel on it and the ball flew.''

New York tied it 2-2 when Ellsbury tripled to start the fifth and scored when shortstop Nick Ahmed's relay throw careened off Ellsbury's helmet and into the stands.

The Yankees scored a run on three straight hits to start the fourth and could have had more but Bourn, who joined the Diamondbacks on Sunday, made a leaping grab of Aaron Hicks' drive at the wall in center. The inning ended when Green struck out with the bases loaded.

Joe Garagiola, who spent the later years of his outstanding career broadcasting Diamondbacks games, was honored in a pre-game ceremony. Garagiola died in March.

Joe Torre, MLB chief baseball operations and a Hall of Fame manager, was on hand to take part of the ceremony.

''I miss my dad. I miss him a lot. I know you miss him a lot,'' he said, ''but please don't be sad tonight. Be joyful, be happy. He lived 90 amazing years and, to use a baseball expression, he did not get cheated out of one at-bat, not one.''

A plaque honoring Garagiola was unveiled above the Chase Field seats in left field.

Yankees: RHP Michael Pineda (1-4, 6.28 ERA), pitching with an extra day's rest, makes his first start against the Diamondbacks. Pineda is 2-0 and has not allowed an earned run in three career starts in NL ballparks.