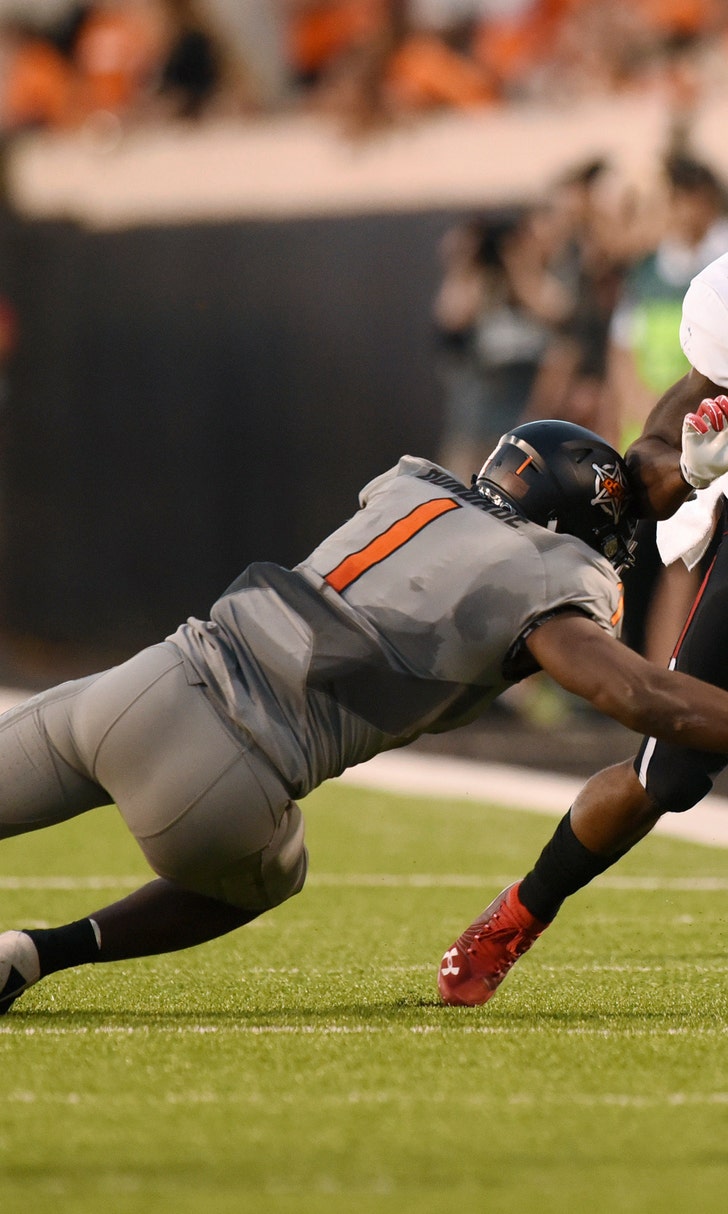 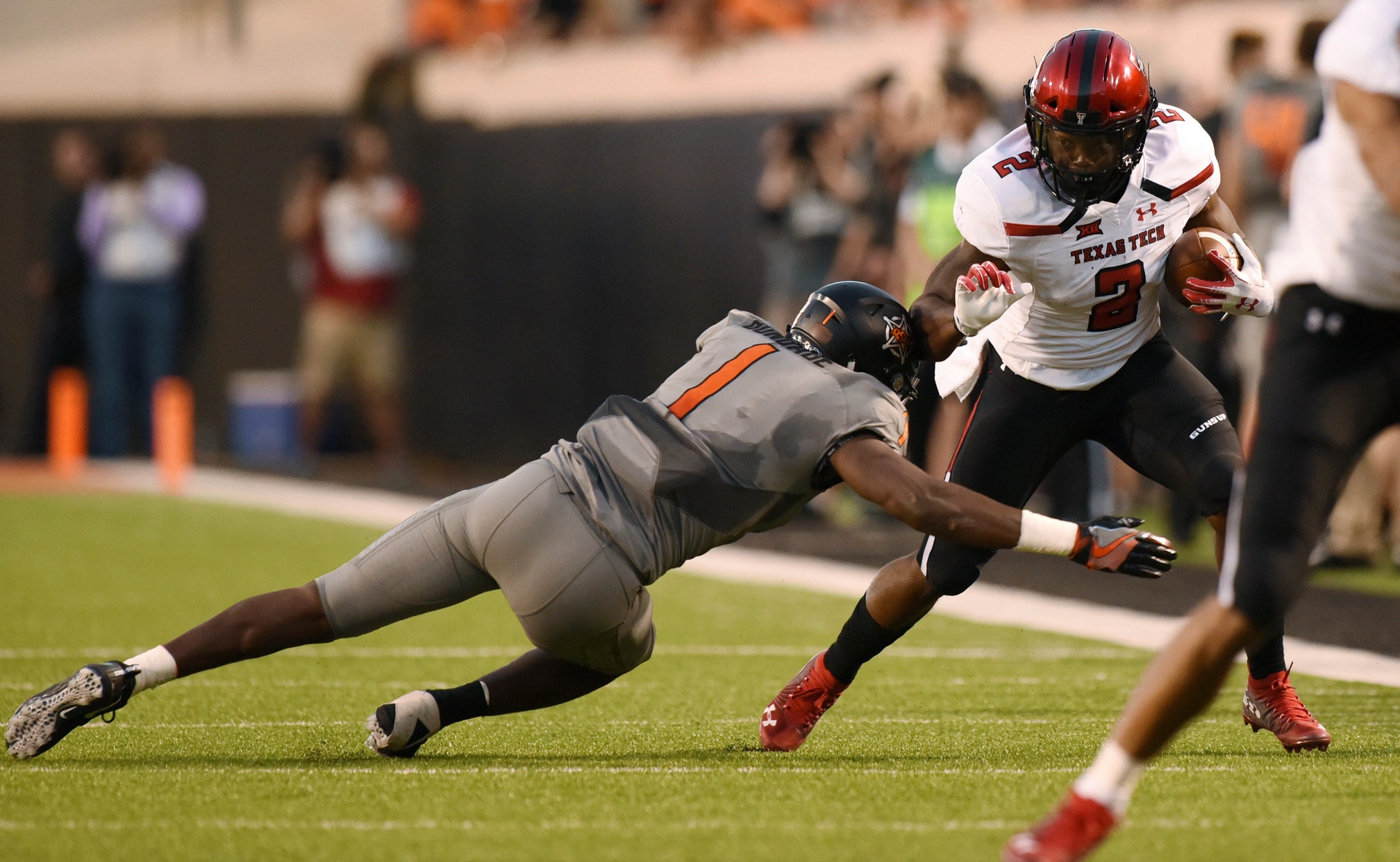 LAWRENCE, Kan. (AP) — David Beaty brought what was supposed to be a high-flying, Air Raid-style offense to Kansas a few years ago. A 400-yard rushing performance a couple weeks ago in a victory over Rutgers showed that the Jayhawks' coach still values the run.

So when he turns on tape of Oklahoma State and sees Justice Hill gashing defenses, well, Beaty can't help but be in awe — and a bit nervous, considering Hill is coming to town on Saturday.

"Justice is as dynamic (a back) as there is in our league," Beaty said. "He's a very talented guy."

Indeed, Hill was the lone bright spot for Oklahoma State (3-1, 0-1 Big 12) in last week's 41-17 loss to Texas Tech, running for 111 yards and a touchdown on just 12 carries. The junior running back from Tulsa, Oklahoma, is averaging a preposterous 8.4 yards per carry, even though he has yet to carry the ball more than 15 times in a game this season.

It might be wise to give him plenty of totes on Saturday. The Jayhawks (2-2, 0-1) allowed Baylor to run for 190 yards on them last week, and they're giving up nearly 160 yards per game, putting them solidly in the bottom half of the Big 12.

"We got behind, and that didn't help," Cowboys coach Mike Gundy said, when asked about Hill's number of touches last week "If we were able to go back and do it again, you'd like to have pumped it to him about 18 times in that game. When you get behind late in the third quarter, you've got to start saving a little clock. I sure would like to have him touch it a few more times."

Hill is actually the Big 12's second-leading rusher in yards-per-game, trailing someone else who will be on the field Saturday: Jayhawks freshman Pooka Williams Jr.

Much like Hill against Texas Tech, Williams was arguably the lone bright spot against the Bears.

"That was just the way the game was going," fellow Jayhawks running back Khalil Herbert said. "We weren't able to sustain drives and get enough first downs for us to get into a rhythm. Watching the film we see what we have to fix, and I think we'll be able to fix it for this week."

Cowboys wide receiver Jalen McCleskey decided this week to redshirt so that he could transfer elsewhere for his senior season. He has 167 catches for 1,865 yards and 17 touchdowns for the Cowboys, which puts him sixth on the school's career receptions list.

The Cowboys were ranked in the top 15 before their loss to the Red Raiders, and they were eyeing a run at the Big 12 title. That part hasn't changed.

"Everybody has bounced back," Cowboys cornerback A.J. Green said. "We know that we have goal to win the Big 12 at the end of the day, and we know what we have to do to get there. I feel like we came out here and practiced hard. Nobody was worried about the last game or anything, and we came ready to compete this week."

Kansas had to waste several timeouts last week because of personnel mix-ups, and that proved costly against Baylor.

"It's just kind of a communication thing that we just need to get ironed out, and I think we'll work on it this week," Jayhawks linebacker Joe Dineen Jr. said. "It sounds fundamental, but just substituting and just like how you substitute, it's really important."

Oklahoma State has won eight straight against Kansas, one shy of its longest win streak against any opponent (Louisiana). Gundy is 9-1 in his career against the Jayhawks.

Gundy was asked what needs to change to get his offense on track, and his reply was rather interesting.