FOXSports.com has confirmed that former NFL All-Pro safety Darren Sharper was arrested on Friday in Los Angeles on suspicion of rape.

The news was first reported by TMZ, which said that the 38-year-old NFL Network analyst has been linked to two sexual assaults, one that occurred in October 2013 and the other in January 2014.

Sharper was booked and released on $200,000 bond. He has been also been suspended without pay from his job at NFL Network.

Sharper played 14 years in the NFL, with three different teams: the Green Bay Packers, Minnesota Vikings and New Orleans Saints. He was a five-time Pro Bowl free safety, six-time All-Pro and won a Super Bowl with New Orleans in 2010. He also led the NFL in interceptions in 2005. 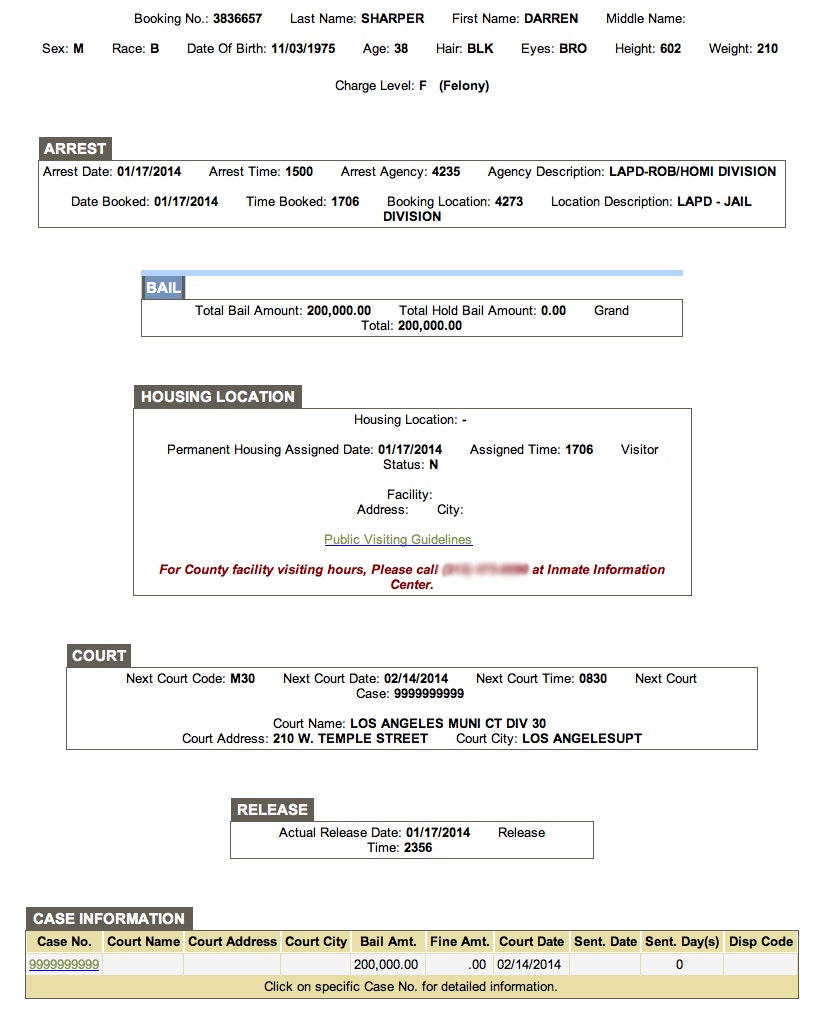