And the crowd went wild – both inside American Airlines Center in Dallas and back on campus in Starkville, Mississippi. Here are just a few of the amazing reactions when Morgan William sank the game-winning buzzer-beater in overtime in the women’s national semifinal:

Cowboys Pro Bowl QB Dak Prescott, the Bulldogs’ starting QB from 2012-2015, was among those in attendance:

As was the Bulldogs’ track and field squad:

What a memory and what an upset. Now the Bulldogs have to try to regroup in time for the national championship matchup against South Carolina on Sunday night – in hopes of one more celebration. 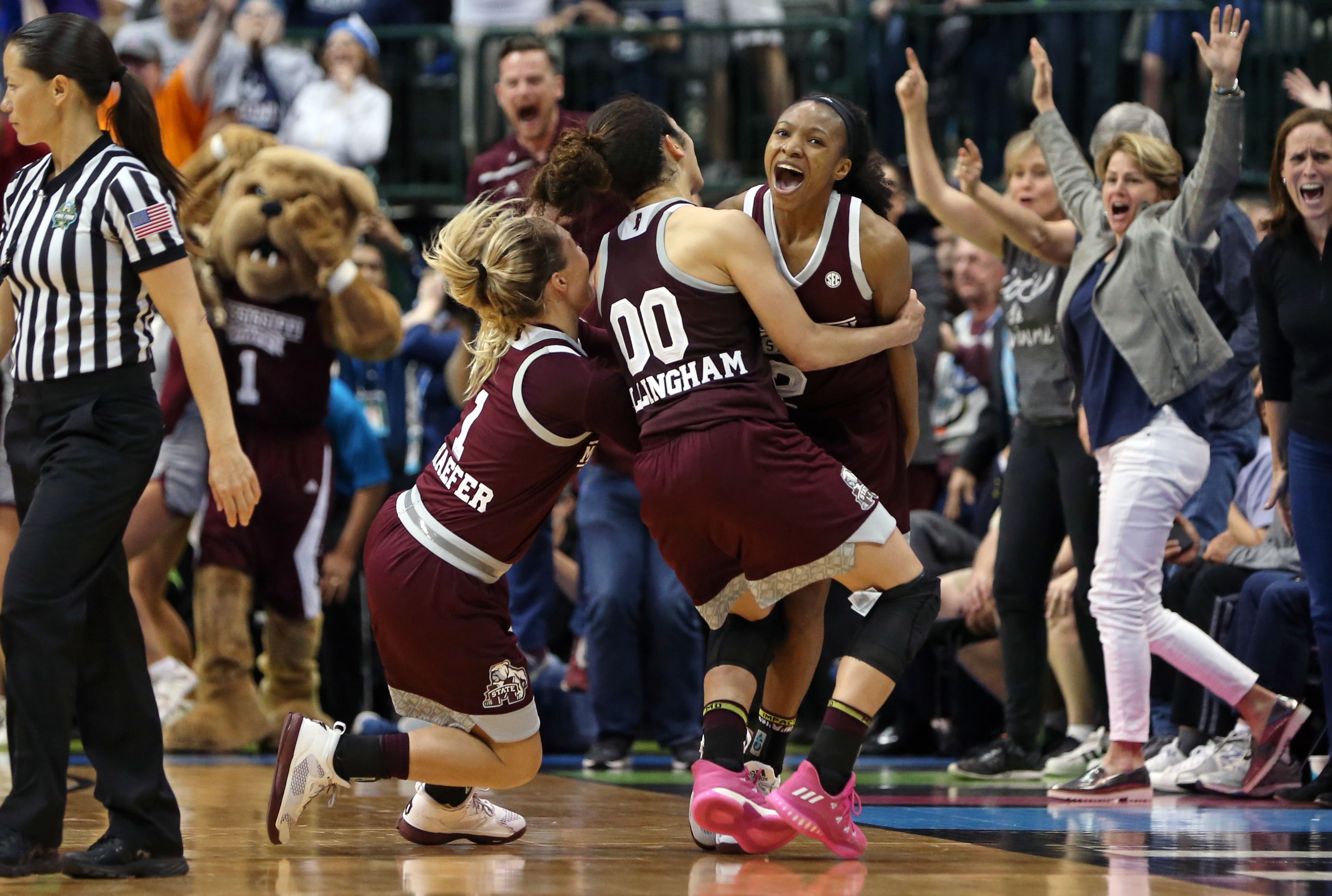