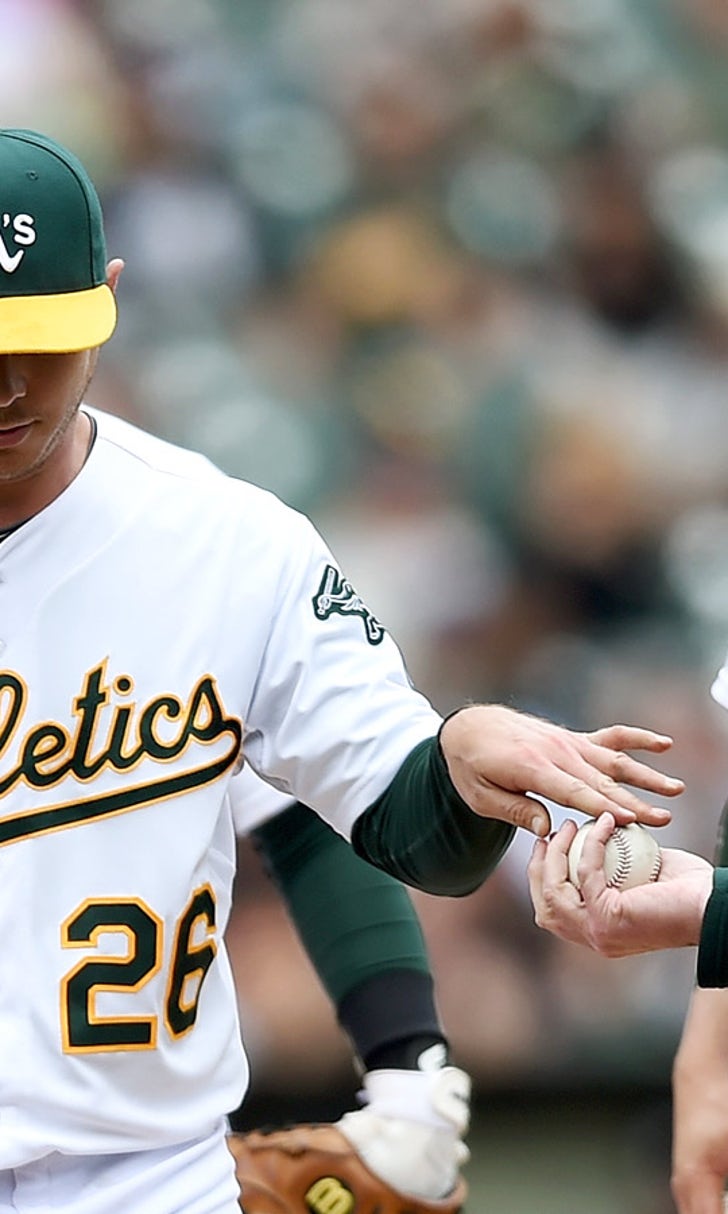 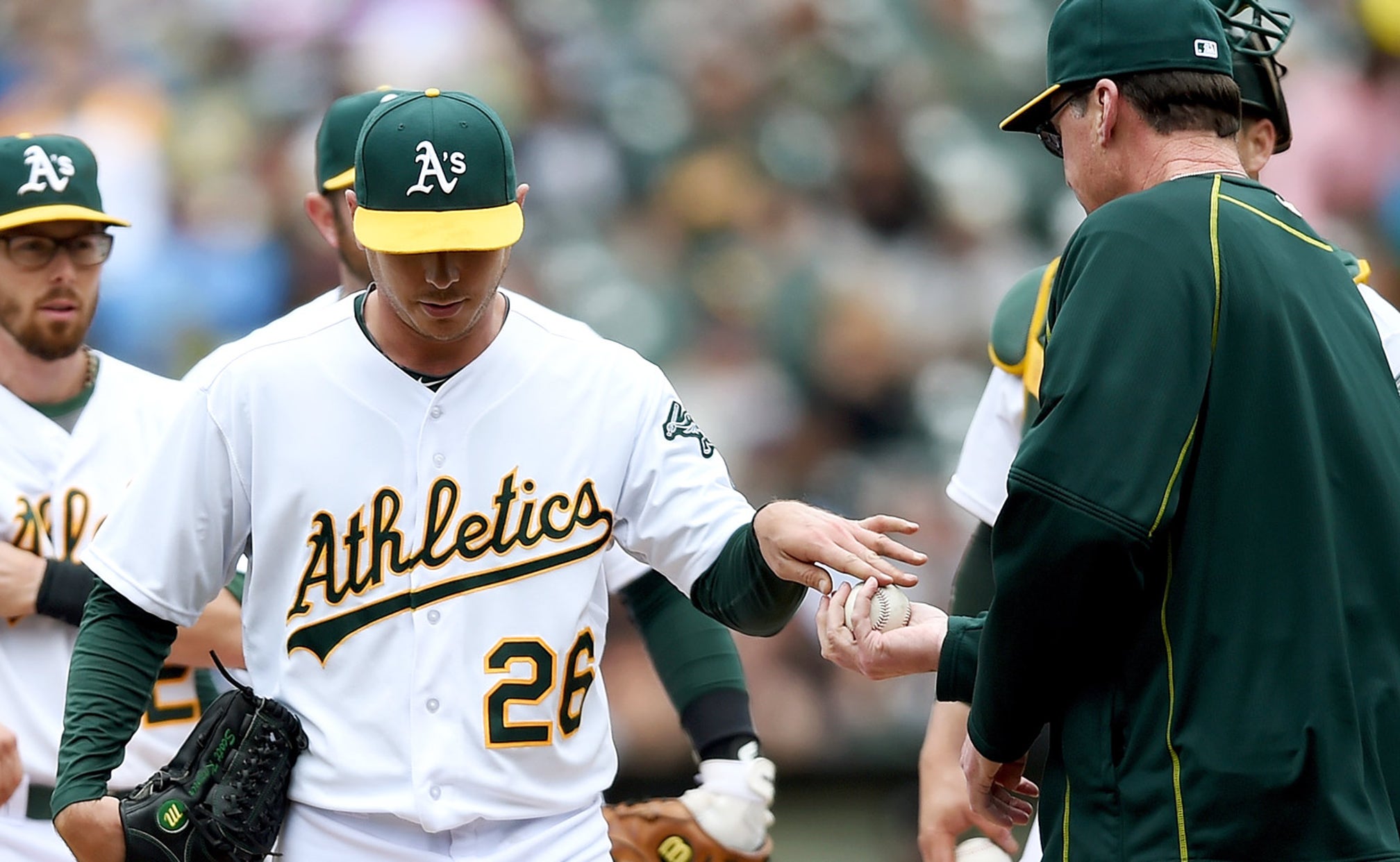 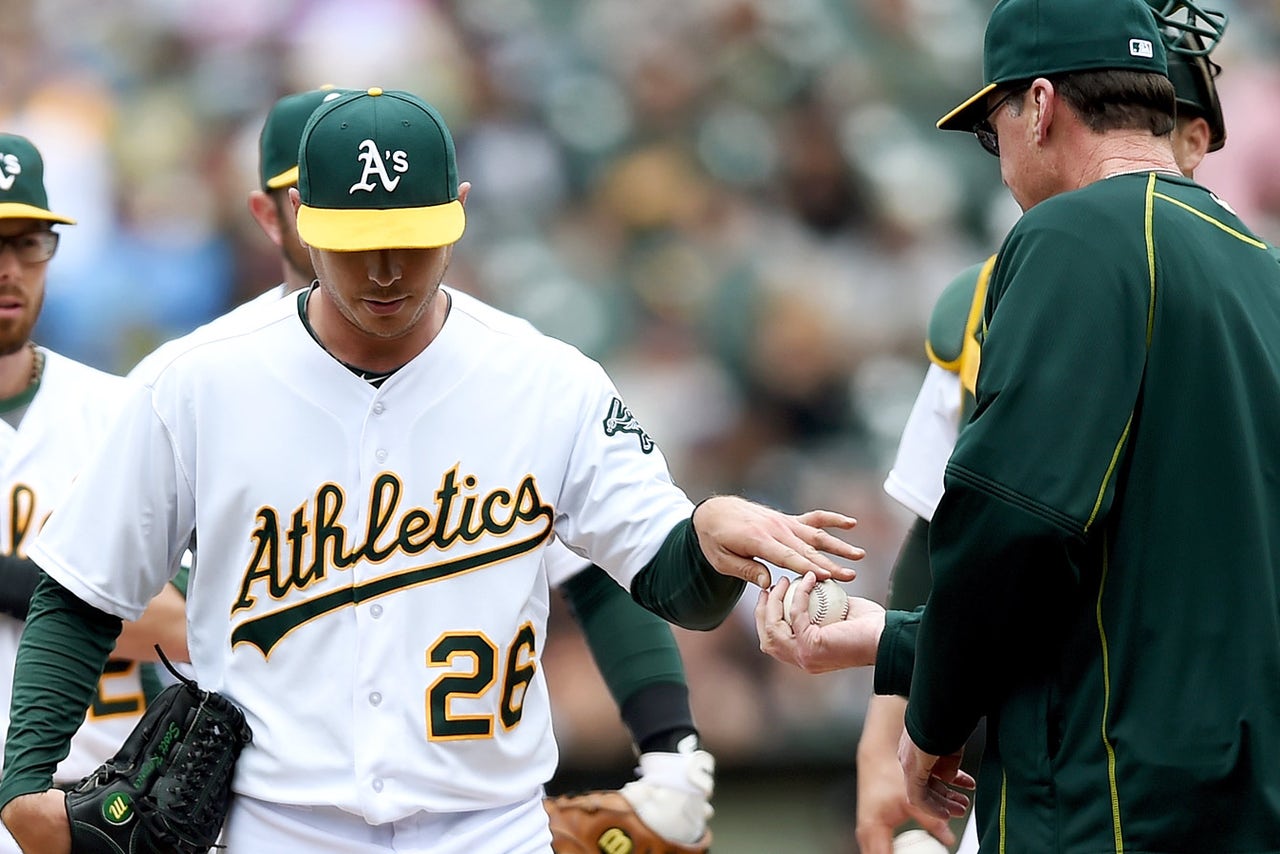 A's lefty Scott Kazmir, who has become a durable starter over the last few seasons, left his Wednesday start after three innings due to shoulder tightness. Kazmir had an MRI, and news on his prognosis will probably come today. When scouting your replacements, start with Jose Quintana (owned in 41.1 percent of FOXSports.com leagues) in shallow formats, and follow up by checking on Rubby De La Rosa (29.1 owned), Drew Hutchison (25.1 percent owned) or maybe even the surging Wade Miley (6.2 percent owned).

Cardinals 1B Matt Adams needs surgery on his torn quad, and might be done for the season.

Brewers C Jonathan Lucroy (toe) will start a rehab assignment today, and hopes to be activated on Monday.

Red Sox OF Rusney Castillo is day-to-day with a shoulder injury. In other Sox news, lefty prospect Eduardo Rodriguez will make his MLB debut tonight in Texas. Rodriguez is a good prospect who was pitching well at Triple A, with a 2.98 ERA, a 1.10 WHIP and 44 strikeouts against seven walks in 48 1/3 innings. However, the Rangers hit southpaws well, so tonight's start could be a rough one.

A's RP Sean Doolittle whiffed two batters in a scoreless inning on Wednesday, but only hit 90 mph on the radar gun. It might take a little while before he closes games. Or, he might save a game this week, regardless of velocity. Closer roles are unpredictable, as you may have heard.

The White Sox and Orioles will play a doubleheader today starting at 1:05 p.m. ET. Set your lineups early.

D-backs 3B Jake Lamb (foot) might be less than two weeks away from returning to the lineup, but the team needs to figure out who will lose at bats when the time comes. Unfortunately, the playing time might be spread out, and that could result in lost at bats for Mark Trumbo and Yasmany Tomas, among others.

In other D-backs' news, C Tuffy Gosewisch jammed his knee on Wednesday, and his status is TBD. If Gosewisch misses any time, we might see power-hitting prospect Peter O'Brien (11 HR at Triple A).

Mike Leake wasn't a good streaming starter on Wednesday, but we did label him as "if you must." Today's pick is Chris Heston (28.5 percent owned) against the scrappy but not-so-talented Braves.

Problems Mount in Houston
A troublesome 2020 season for the Astros just got worse, as Justin Verlander might have thrown his last pitch for Houston.
10 hours ago