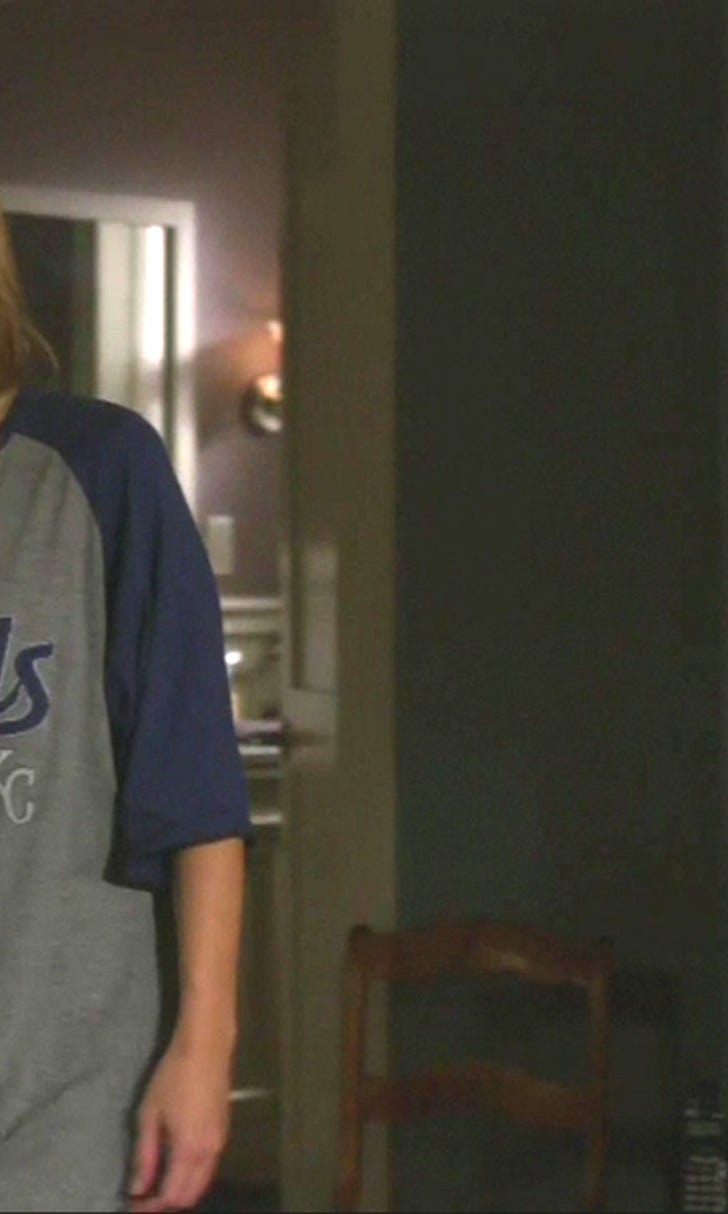 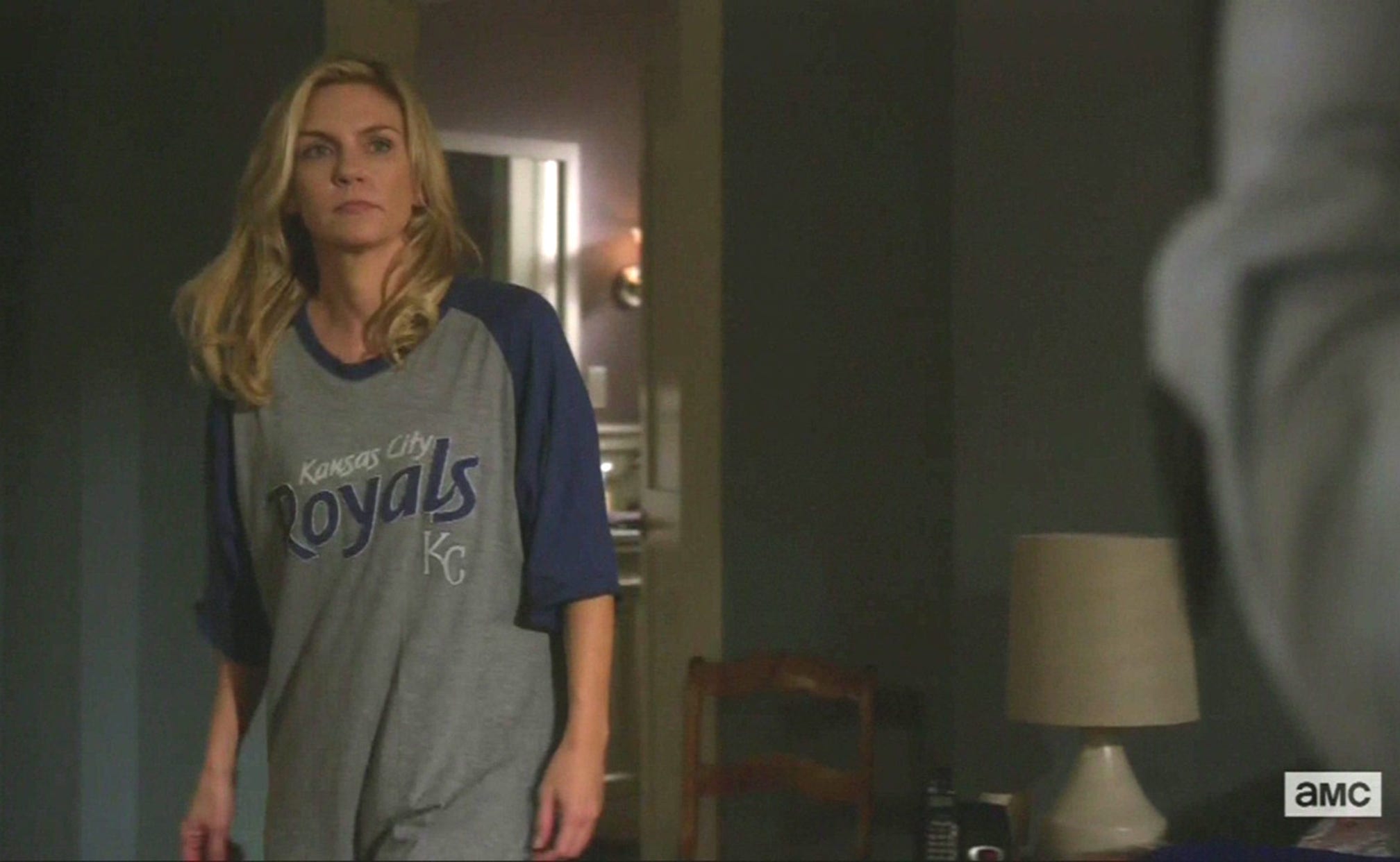 Kim from 'Better Call Saul' in a Royals T-shirt? Here's one theory 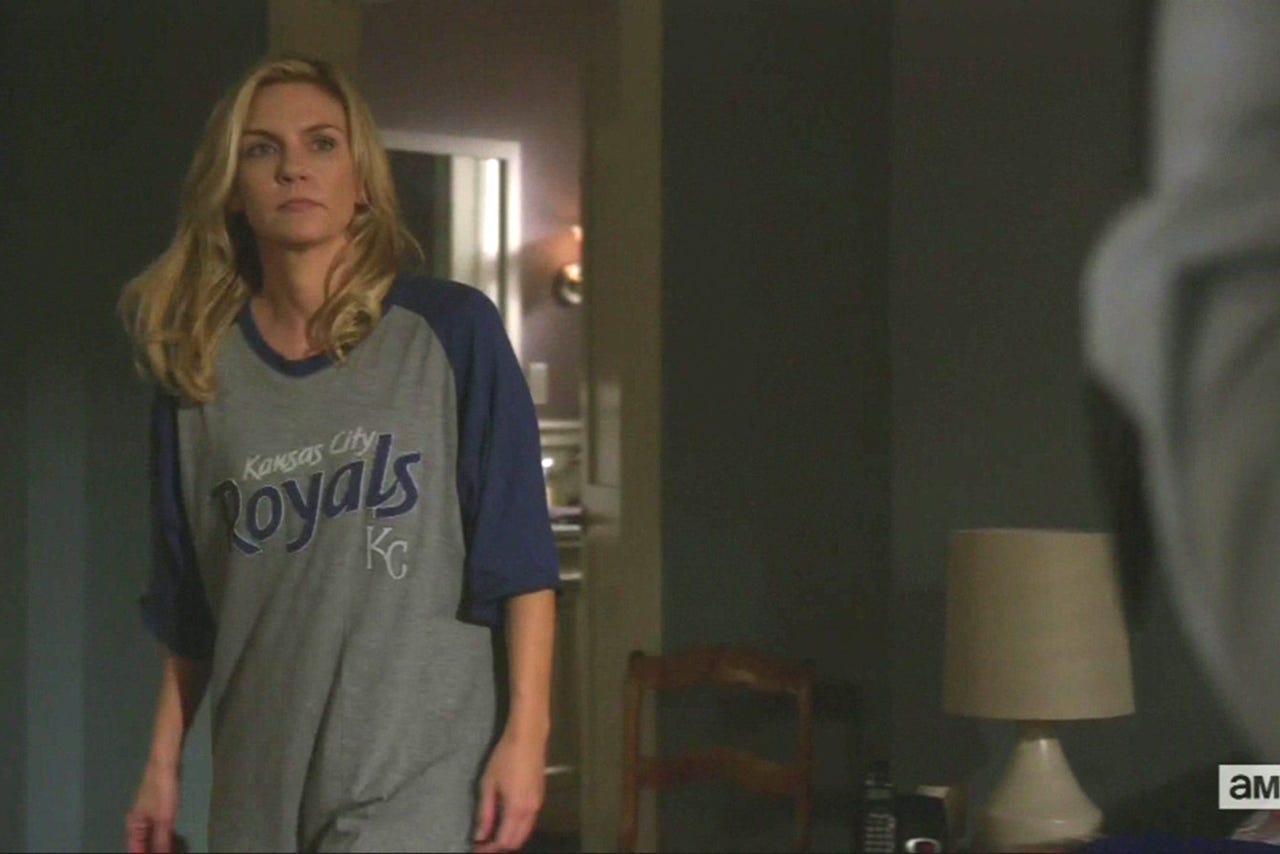 Fact No. 1: The Kansas City Royals are the best team in baseball. At least until someone knocks them off their throne.

Fact No. 3: One of the most intriguing characters on Better Call Saul, a show full of them, is Kim Wexler.

Fact No. 4 (and this is incontrovertible): Kim Wexler wore a Royals T-shirt in Monday night's episode. 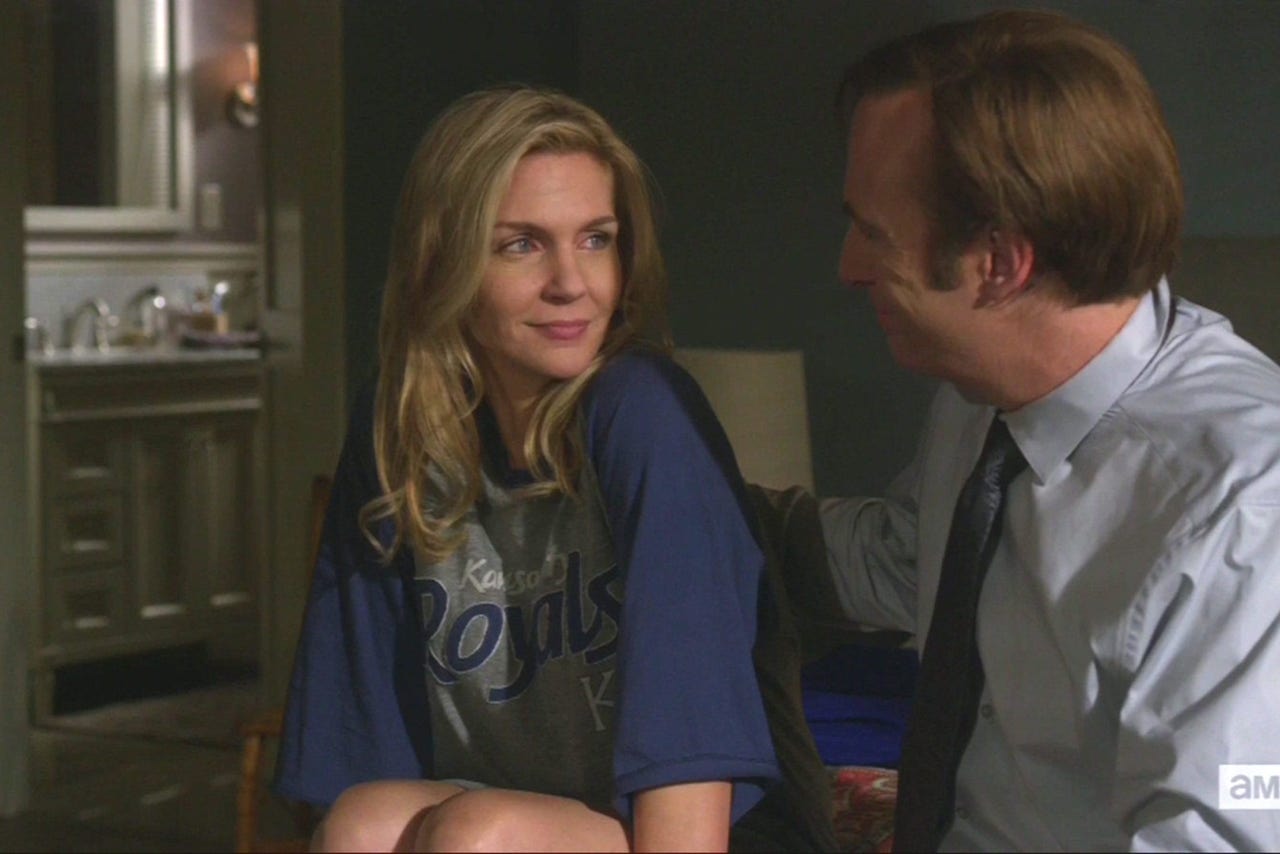 OK, it seems odd on the surface that a show that takes place in New Mexico in 2002 -- a year in which the Royals lost 100 games -- would present a character wearing the T-shirt of a woeful team from the Midwest. But there must be a reason; this is not a show that takes minor details lightly. There must be a tie-in to Breaking Bad, something foretelling.

That's it! This all makes sense now -- he moves to Omaha to watch Royals Triple A prospects before they get to The Show.