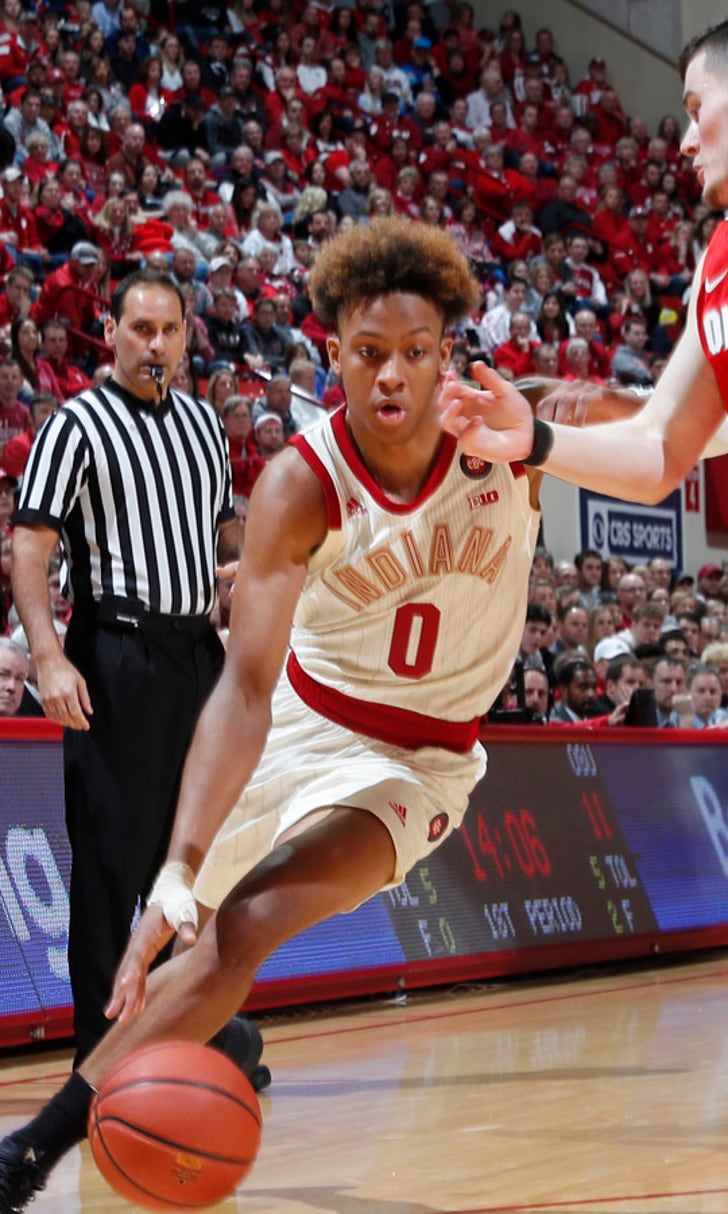 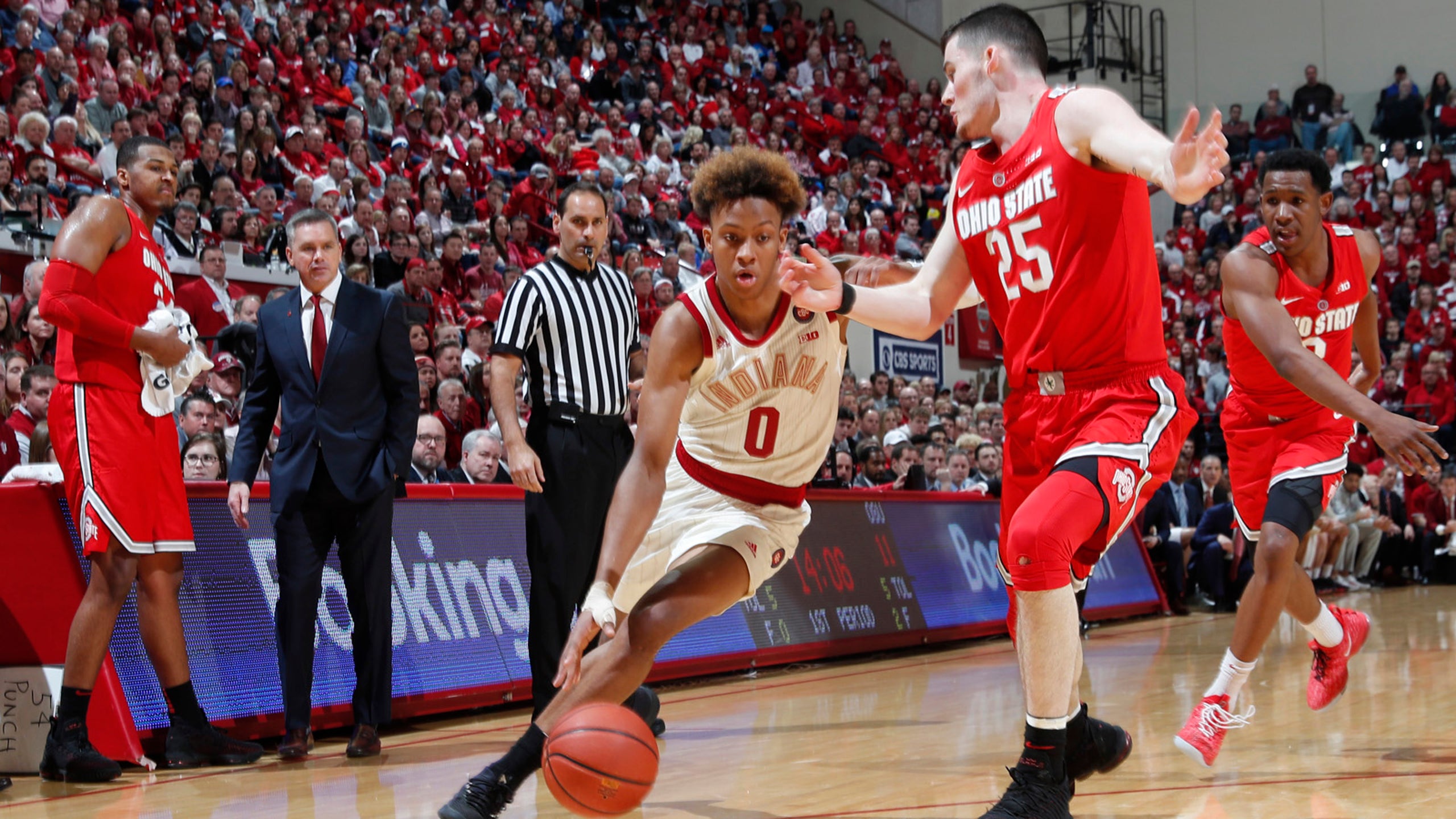 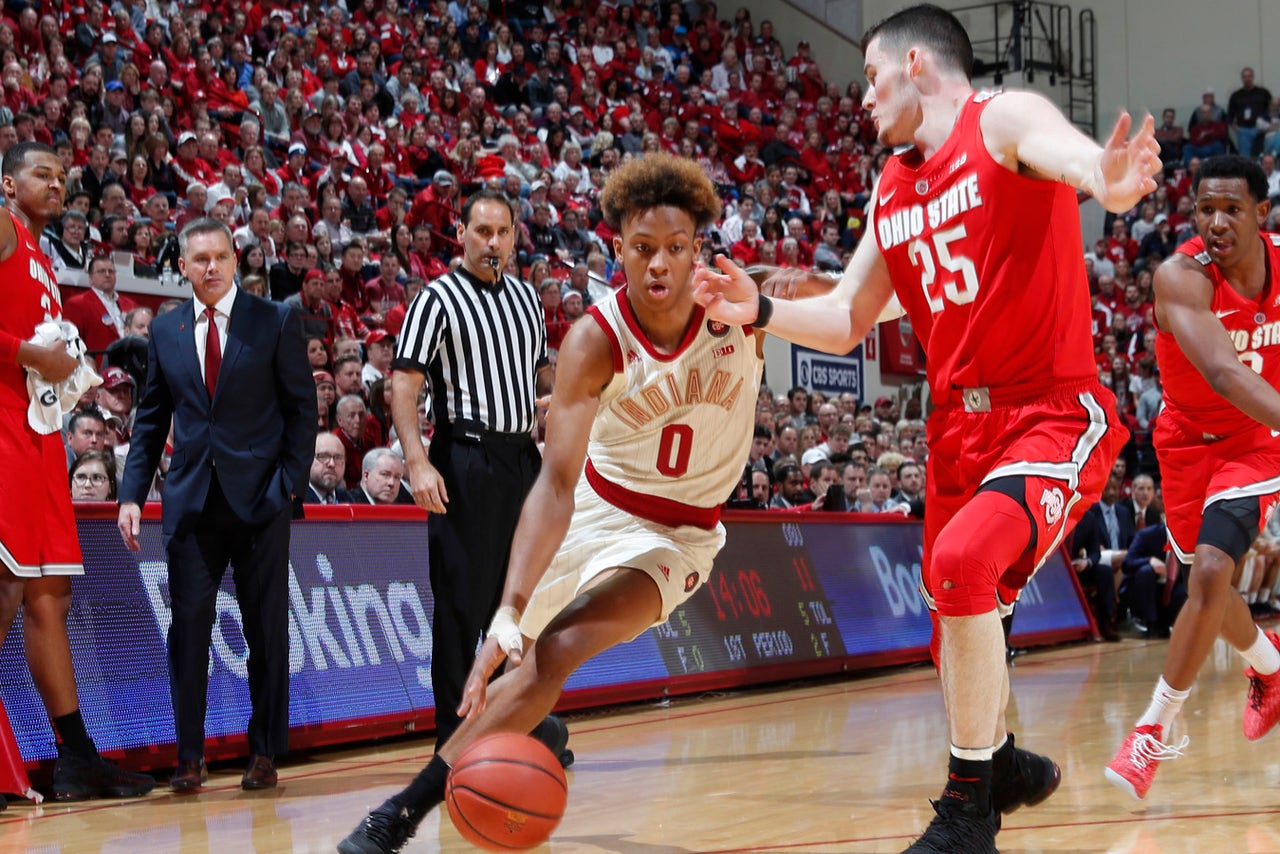 When he finally got free in the final minute, he stole a win.

Wesson forced a game-changing turnover in the final minute and then slipped behind one defender and got to the basket for a tie-breaking dunk with 20 seconds left to give the Buckeyes a 55-52 victory over Indiana.

"This is kind of the Andre I've seen since he got here," said C.J. Jackson, whose long, shot-clock-beating three tied the score with 71 seconds left. "He's playing unbelievable for us right now and we're going to need his scoring, his ability to do everything he does on the court for us."

Sunday's game was a perfect example of how valuable Wesson can be.

While his teammates struggled to get in sync offensively, the junior forward continually made an impact. He finished with 15 points, four rebounds and two steals — none bigger than the one he had with 42 seconds to go that prevented Indiana from taking a potential go-ahead shot.

And when it mattered most, Wesson played perfectly.

"They slipped him out. Our rotation was there. I thought Romeo (Langford) had a chance to make maybe a blocked shot, but he got it off the glass quickly," Hoosiers coach Archie Miller said. "Our help obviously didn't get there in time."

Wesson's younger brother, Kaleb, and Jackson each scored 10 points and were the only other players to reach double figures for the resurgent Buckeyes (16-7, 6-6 Big Ten), who have won three straight.

The Hoosiers fought valiantly to overcome another dismal shooting performance and finally got the crowd into the game when Langford made his second three in a 9-0 run to tie the score at 47 with 4:54 left. Langford finished with 15 points.

Devonte Green's long, buzzer-beating three sent the fans into a frenzy as Indiana took 52-49 lead with 1:46 to play.

But Jackson matched Green's basket and Wesson won it with his defense and his offense.

"We just knew they were going to be heavy on the ball screen so we tried to slip him out and put Kaleb high," Ohio State coach Chris Holtmann said. "I thought Andre did a great job finishing and the pass was perfect."

Ohio State: The Buckeyes have scored fewer than 70 points in five of their last six games. And they'll need more scoring punch to survive a tough final stretch and secure an NCAA Tournament bid.

Indiana: The Hoosiers forced 15 turnovers but were 6 of 20 on 3-pointers and got outrebounded 35-29. If those numbers don't change, Indiana's struggles will continue.

Garrett became the first black player to start for a Big Ten basketball team on Dec. 4, 1948. He was named an All-American in 1951 and finished his career in 1952 as the Hoosiers' career scoring leader (792 points).

The Hoosiers wore shooting shirts with a special logo on their left sleeve and pin-striped uniforms that featured an old-school look. On the inside of the waistband was the word "ballroom," a reference to the Harlem Renaissance Movement and its impact on the black community and the sport of basketball.

Indiana: Has lost four consecutive home games for the first time since 2010-11. ... The Hoosiers are 20-6 under Miller when holding teams to fewer than 70 points. ... Juwan Morgan had three points and a career-high 14 rebounds. ... Green scored 10 points as the Hoosiers shot 39.6 percent from the field.

Ohio State: Can complete a season sweep of Illinois at home Thursday.

Indiana: Hopes to turn things around Saturday at Minnesota.