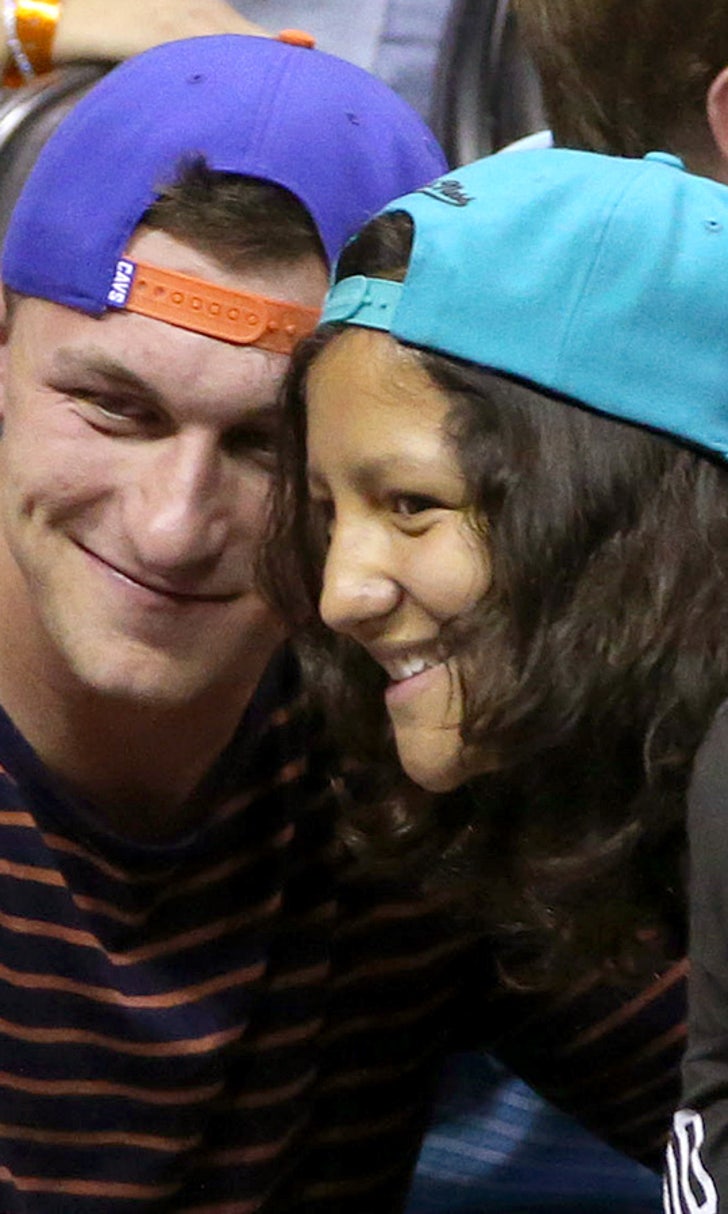 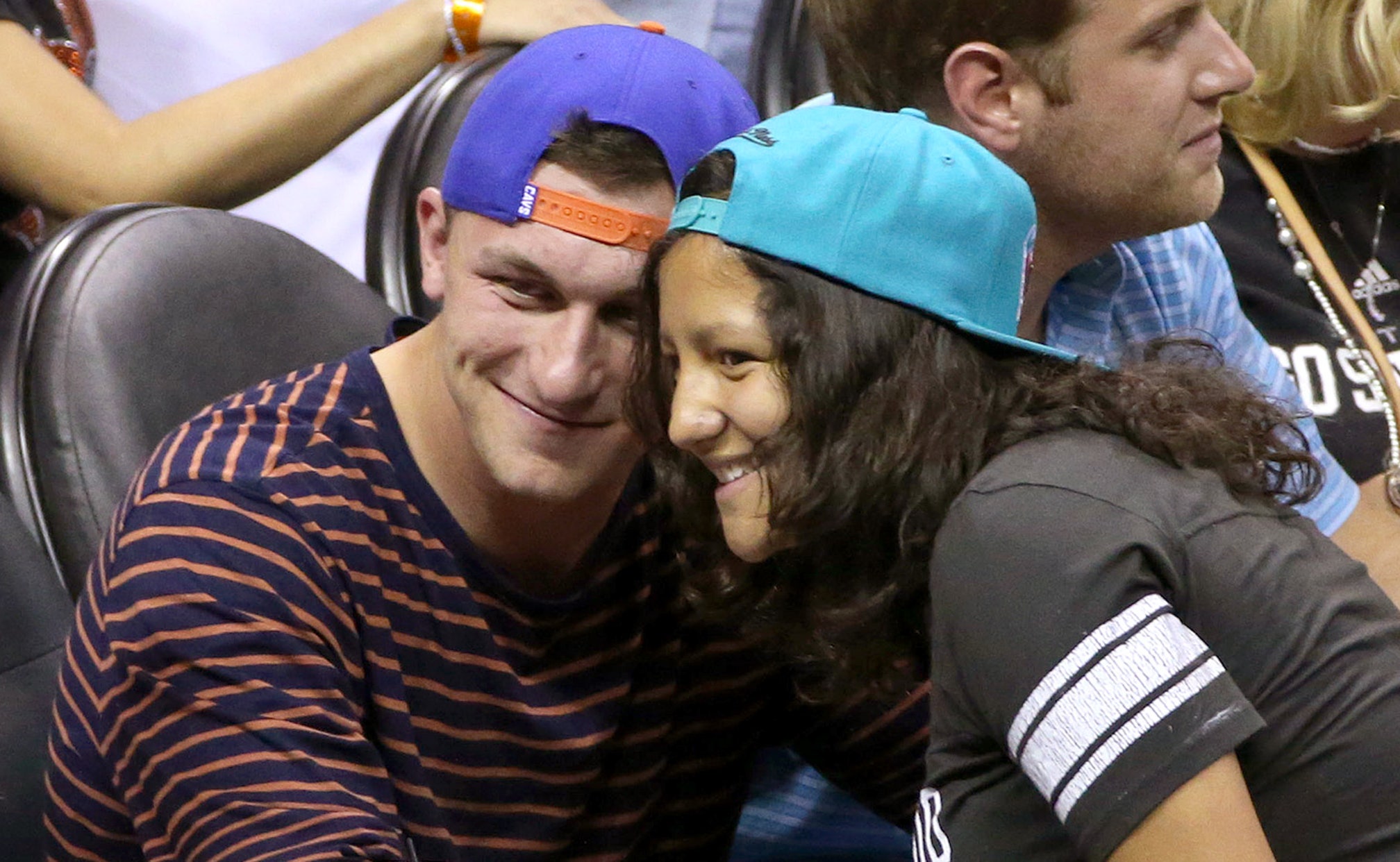 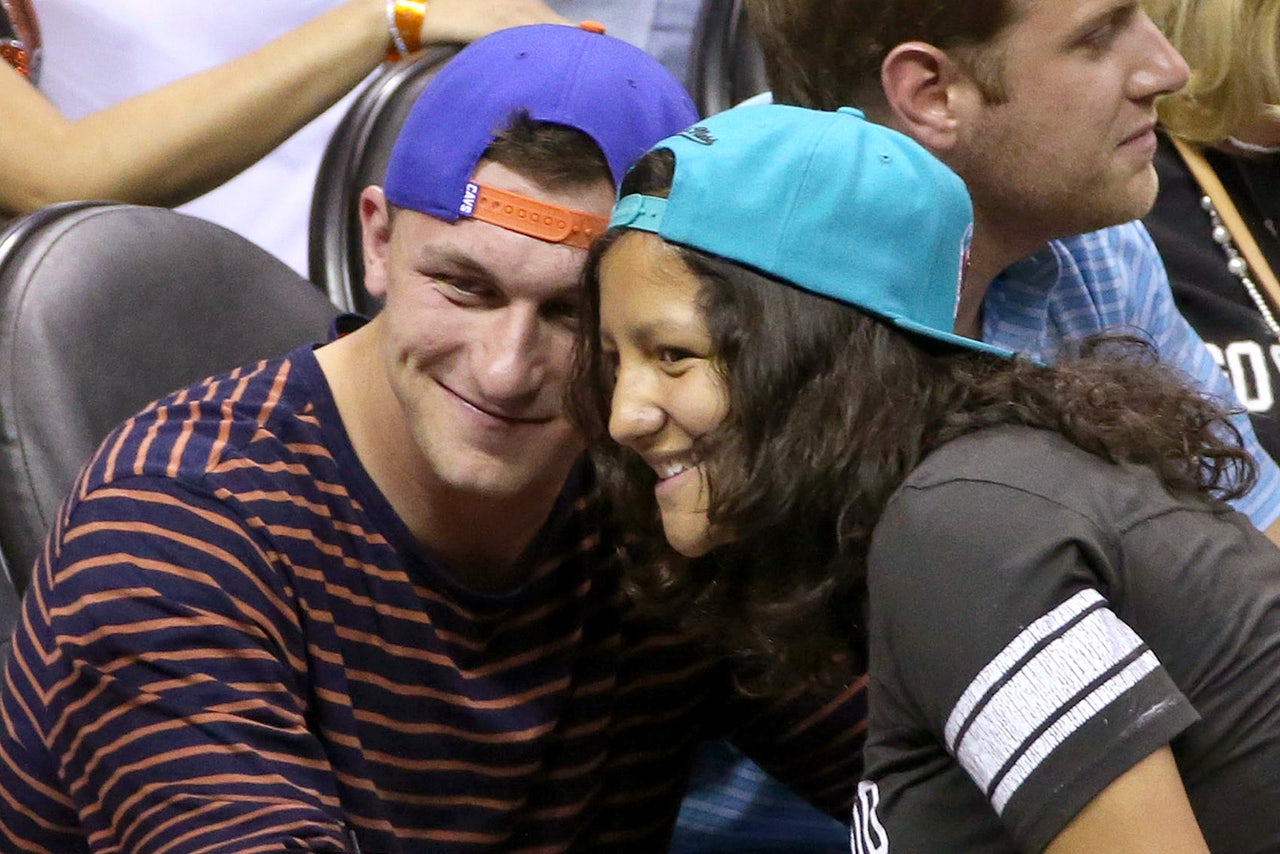 Among the many things — good and bad — said about Johnny Manziel, "guy who misses out on the party" was never among them. Apparently, "guy who turns back on Cleveland like that guy on the Heat" is another.

The budding bromance between Manziel and LeBron James is well-documented. From hanging out together to wearing each other's gear, Cleveland's former favored son and its new one appear to be on the fast lane to BFF Land.

But don't worry, Clevelanders. Johnny Football wants to make sure you know where his heart is.

Check out who was in San Antonio on Sunday night for Game 2 of the NBA Finals between the Spurs and James' Miami Heat. (For the uninformed, we're talking about the guy on right.) 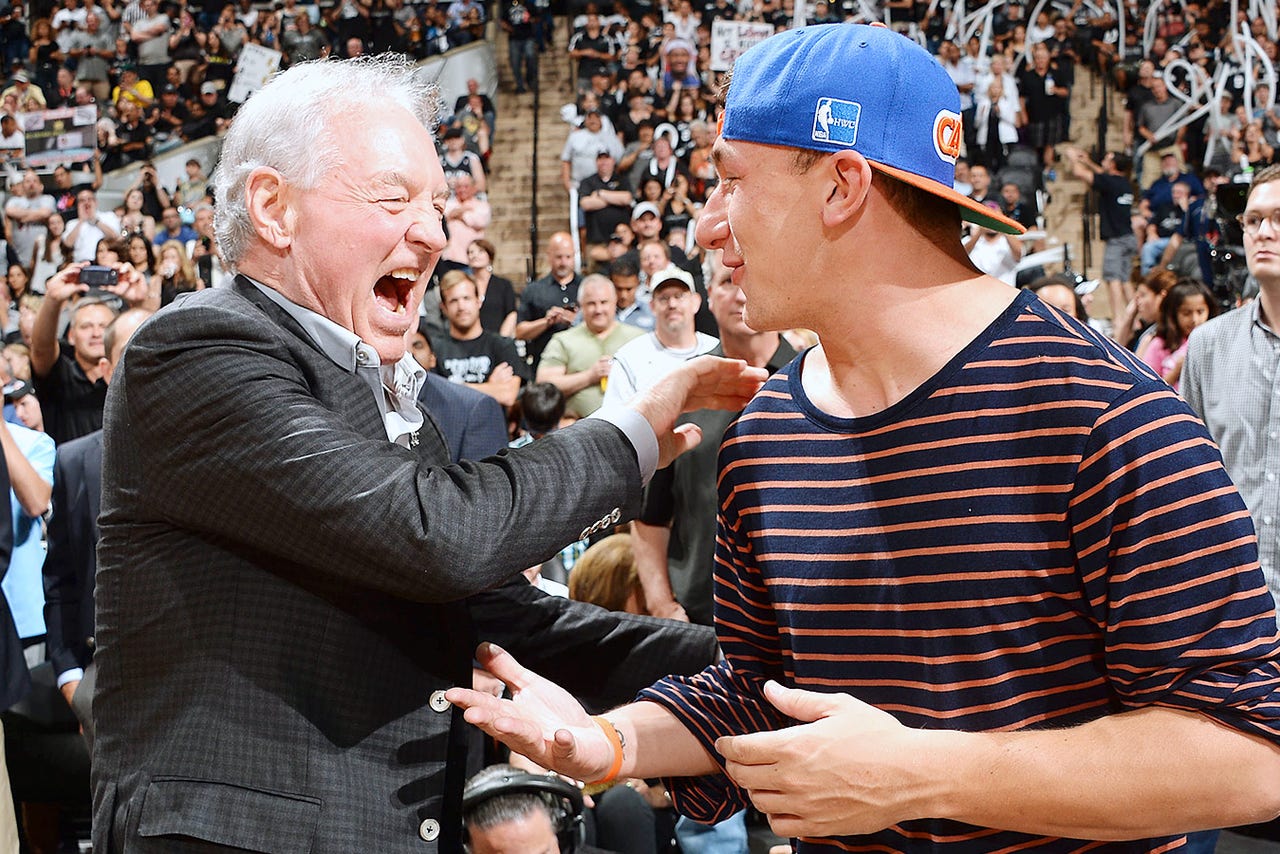 Spurs owner Peter Holt (left) ups his cool with Johnny Manziel during Game 2 of the NBA Finals at AT&T Center in San Antonio on Sunday.

And check out what he was wearing.

Another line you can likely remove from your vernacular is "Johnny Manziel is no student of history." LeBron is most reviled in Cleveland for "The Decision," the TV show in which he announced he and his talents were leaving Cleveland for South Beach. But LeBron ruffled Cleveland’s feathers three years before, when he wore a Yankees hat to Game 1 of the 2007 American League Division Series between the Pinstripers and the Indians at then-Jacobs Field. Fan reaction was swift — and long-lasting — in Cleveland:

• James was immediately booed by the hometown fans.

• This was the scene the very next game in Cleveland: 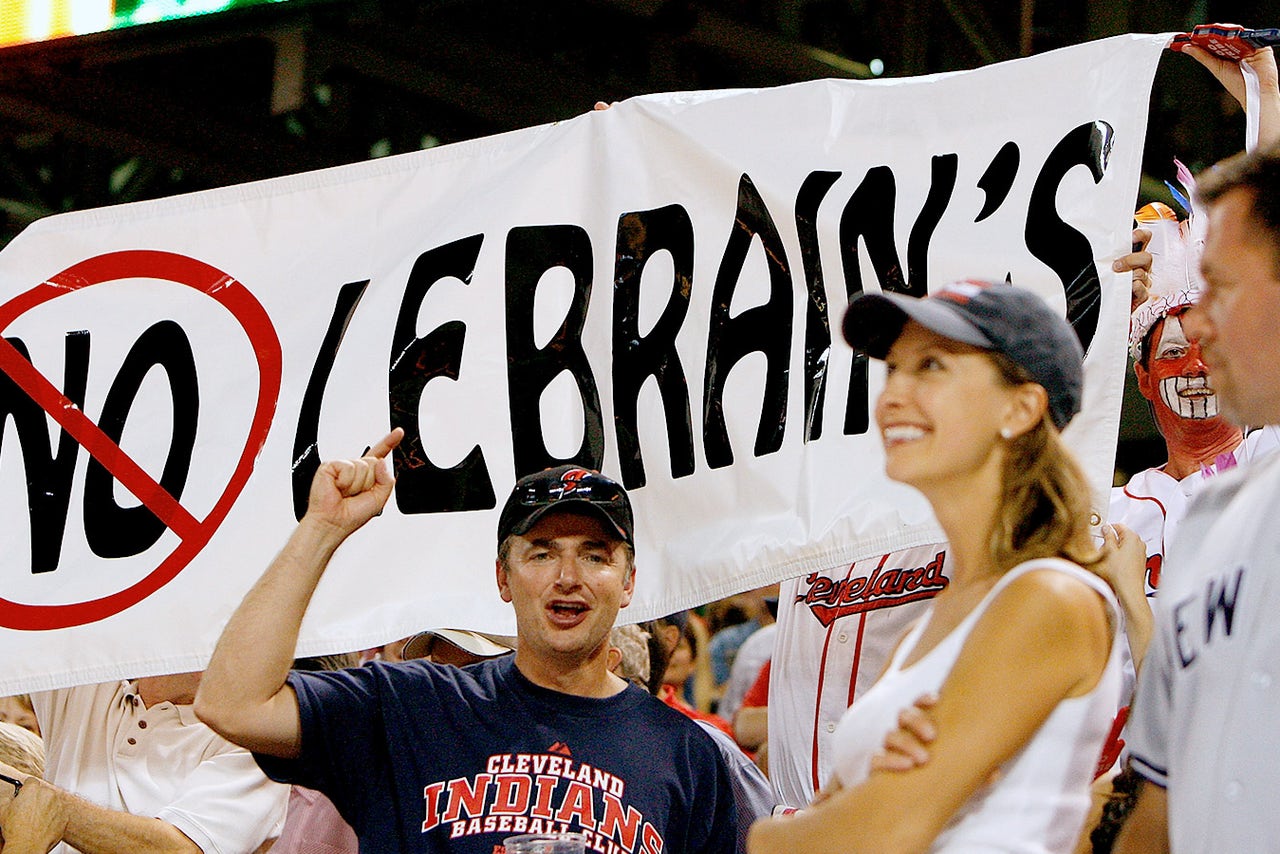 • Three years later, a guy wearing a LeBron James Miami Heat jersey had to be escorted out of Jacobs Field: 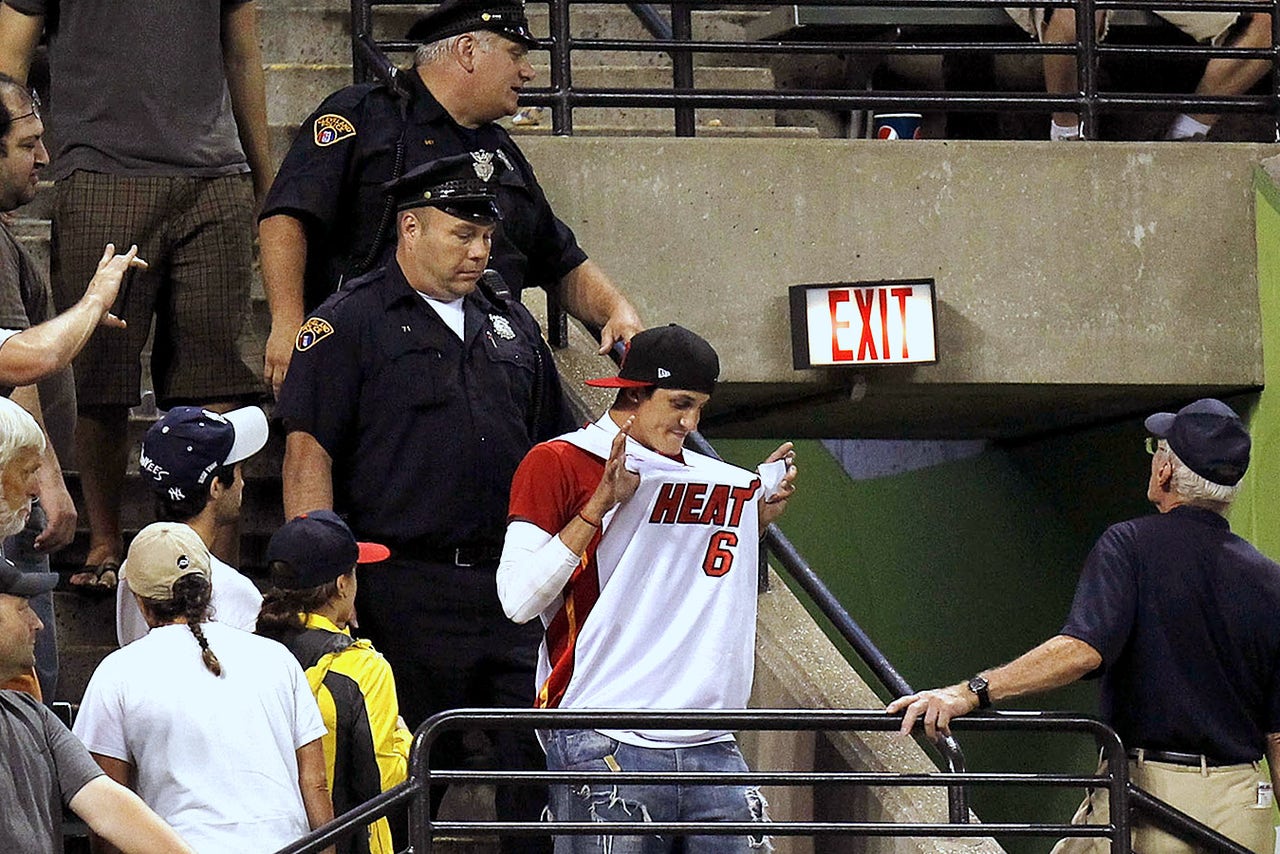 And Manziel even has a professional reason to wear a different city's baseball hat: He was drafted by the Padres on Saturday.

So if Johnny sticks with the Browns, does that mean LeBron can't wear his Manziel jersey to Petco Park?

Can anyone stop 'Jimmy Bubble' & The Heat?

Can anyone stop 'Jimmy Bubble' & The Heat?
Jimmy Butler’s ferocity has helped lift the Heat to a new level. Now they are legitimate contenders, Martin Rogers writes.
34 mins ago

Goin' Back-2-Back
The Greek Freak beat out The King to win his second straight NBA MVP award on Friday. Did voters make the right call?
3 hours ago

Bring Out The Brooms?
This LA-Denver series won't be anything like the one from last round says Jason McIntyre, who shares his WCF betting tips.
3 hours ago

Masters of Adversity
A double-digit deficit seems to be the main source of motivation for the Miami Heat in the Eastern Conference Finals.
19 hours ago

Something Special
The Miami Heat have won 9 of 10 so far this postseason. So when will folks start to get on the bandwagon?
1 day ago
those were the latest stories
Want to see more?
View All Stories
Fox Sports™ and © 2020 Fox Media LLC and Fox Sports Interactive Media, LLC. All rights reserved. Use of this website (including any and all parts and components) constitutes your acceptance of these Terms of Use and Updated Privacy Policy. Advertising Choices. Do Not Sell my Personal Info