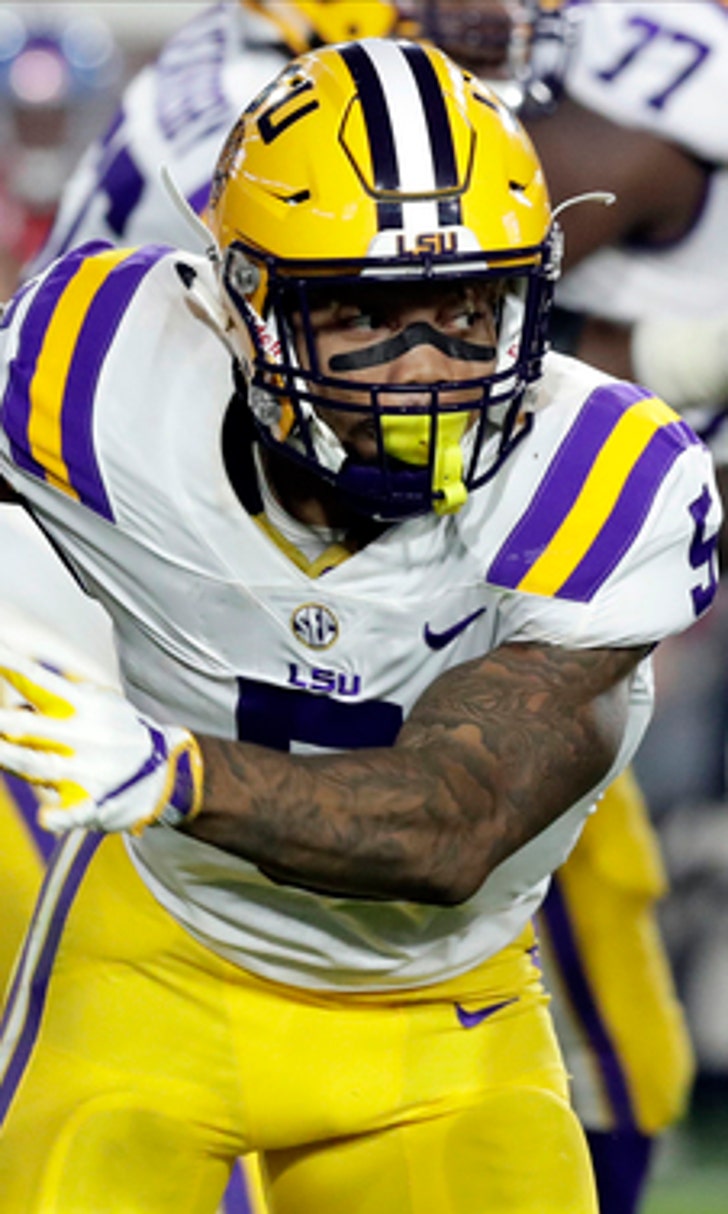 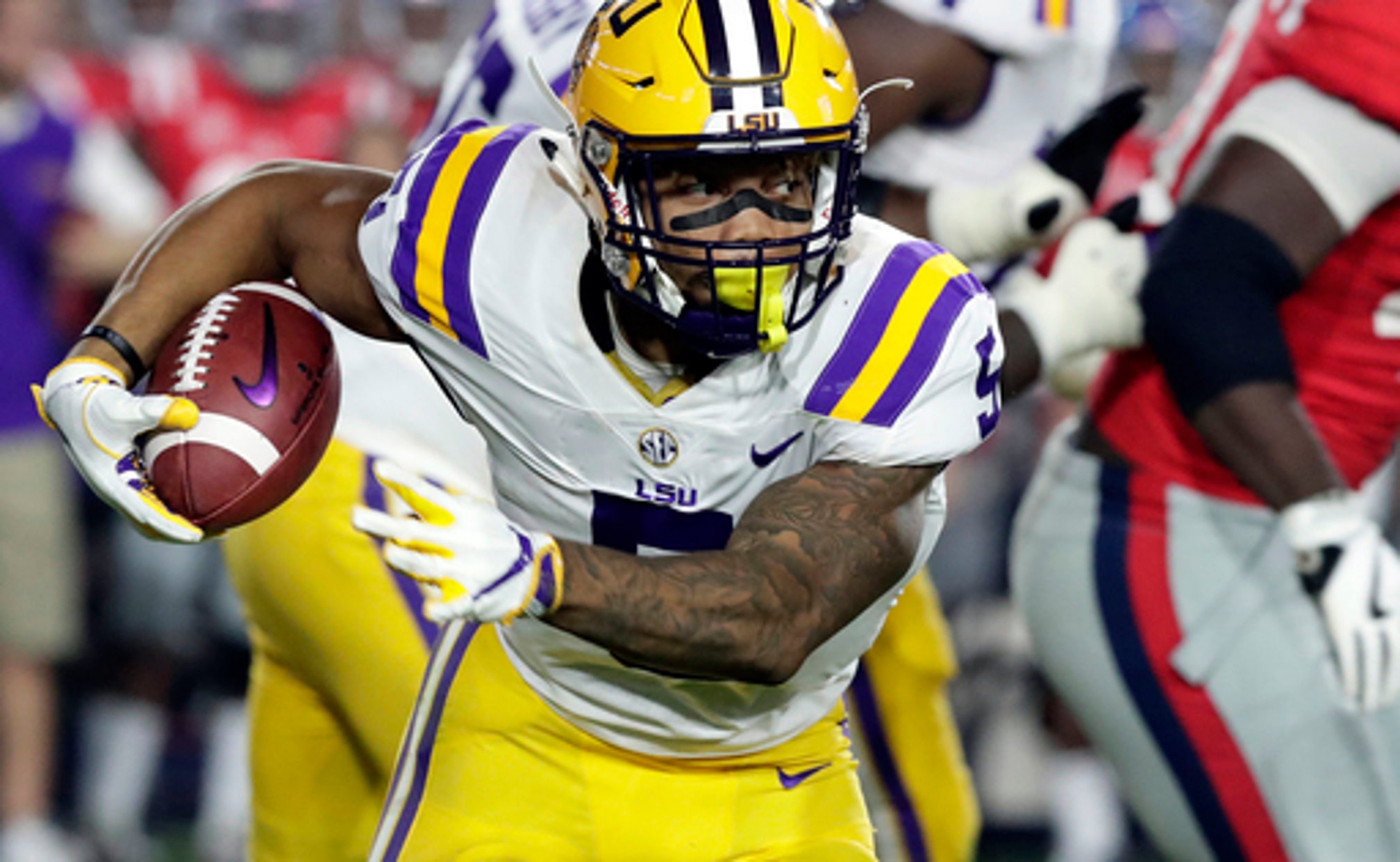 BATON ROUGE, La. (AP) No. 19 LSU could sure use a career-defining performance from Derrius Guice when the Tigers visit No. 1 Alabama on Saturday night.

Physically, the record-setting running back appears to have rounded into form just in time. His 276 yards in LSU's pervious game, a victory at Mississippi on Oct. 21, nearly matched the single-game LSU rushing mark of 285 that Guice set last year.

His frame of mind, however, is tougher to gauge, given his silence this week.

''I don't think he's feeling pressure,'' said LSU senior defensive end Christian LaCouture, who, along with Guice, is one of the veteran leaders on the squad. ''He's really preparing himself mentally and physically. It's his decision what's best for him.''

And it sounded like LSU coach Ed Orgeron viewed Guice's decision to avoid the media this week as a good thing.

''He's doing well. We've blocked out the noise. We've focused in. We've locked the gates,'' Orgeron said. ''We need to be tunnel vision every day.''

When Guice spoke before last season's game, he provided Alabama with bulletin-board material by suggesting the Crimson Tide was ''scared'' of LSU. Alabama responded with a 10-0 victory in Tiger Stadium, scoring all points in the fourth quarter.

This year's meeting isn't expected to be as close; the Tide is favored by three touchdowns.

Still, Guice could have something to say about that - figuratively speaking. Teammates say Guice looked as healthy as he's been all season at Ole Miss.

''He's just a crucial player for our team and he's just been continuing to get better and better and feeling healthier and healthier, so that's been great for us to have,'' Etling said. ''You just want to keep getting him the ball and keep finding ways to let him attack defenses when he's playing like that.''

While LSU has not publicly discussed specifics about Guice's injuries this season, he appeared to hurt his knee in the third game of the season at Mississippi State, which LSU lost 37-7. Guice didn't practice much the following week before rushing just eight times in a win over Syracuse. He then sat out LSU's upset loss to Troy before coming back at Florida, where LSU's current three-game winning streak began.

For the season, Guice has 711 yards and six touchdowns rushing on 124 carries, an average of 5.7 yards per carry. He also has six catches for 42 yards.

At his best, Guice is as brutal as he is explosive. He is as likely to bounce off a heavy hit from a linebacker as he is to make someone miss and burst into the open.

''First of all, that guy's a great competitor,'' Alabama coach Nick Saban said. ''When you watch him, he runs with a lot of toughness. He's got power, change of direction. He's got a burst in speed.''

Saban also complimented Guice's balance, which he called, ''One of the real indicators of a good back.''

To Orgeron, the defining characteristic of Guice's running style is ''violence.''

''He runs the ball like Warren Sapp played defensive line,'' said Orgeron, who coached Sapp at Miami in the early 1990s. ''He runs it violently, will run over you or run around you.

Guice will get hit by Alabama all right, just as former LSU star Leonard Fournette did the past three seasons. In three games combined, Alabama limited Fournette to 145 yards on 57 carries (2.54 yards per carry) .

The Crimson Tide has much less history with Guice, a junior who has rushed only twice for eight yards against Alabama in his career.

Guice is eligible for the 2018 NFL draft, so this could be his lone game as a featured player against LSU's arch nemesis.

If Guice goes off, the Tigers just might have a chance.

''The things he does for the team are obviously astronomical; you can't compare it to anything,'' LaCouture said. ''He's one of the team leaders, but also one of the best players, of course.''