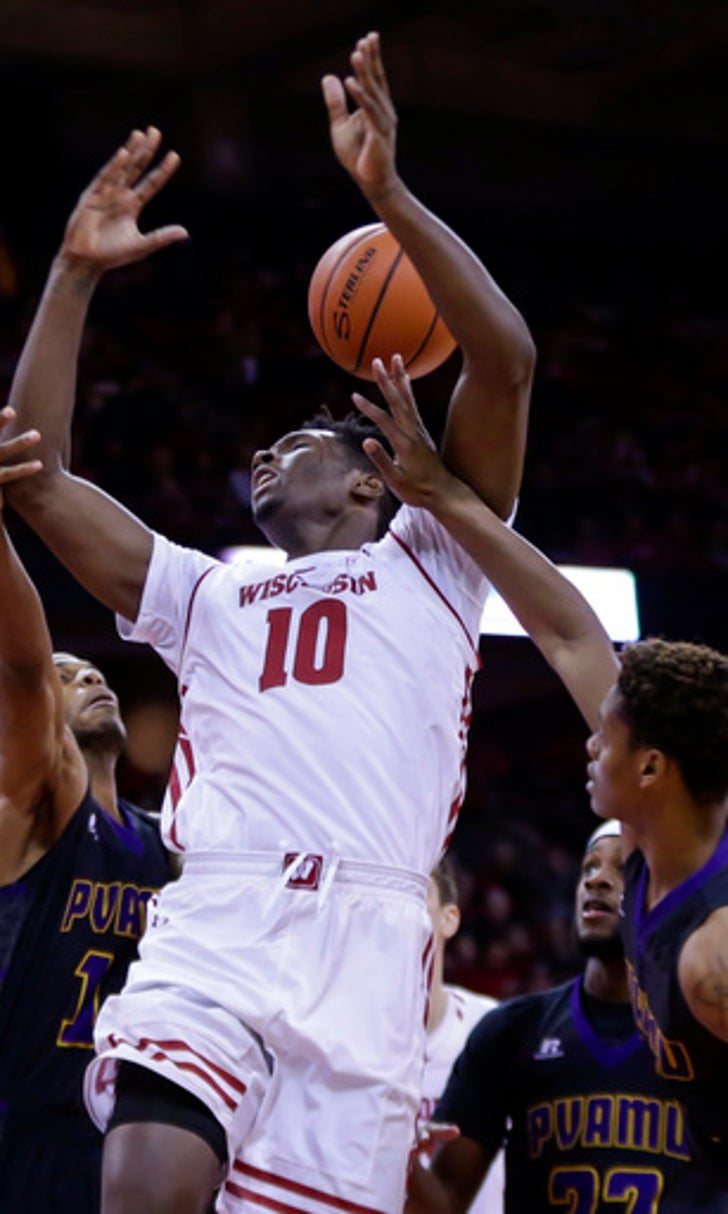 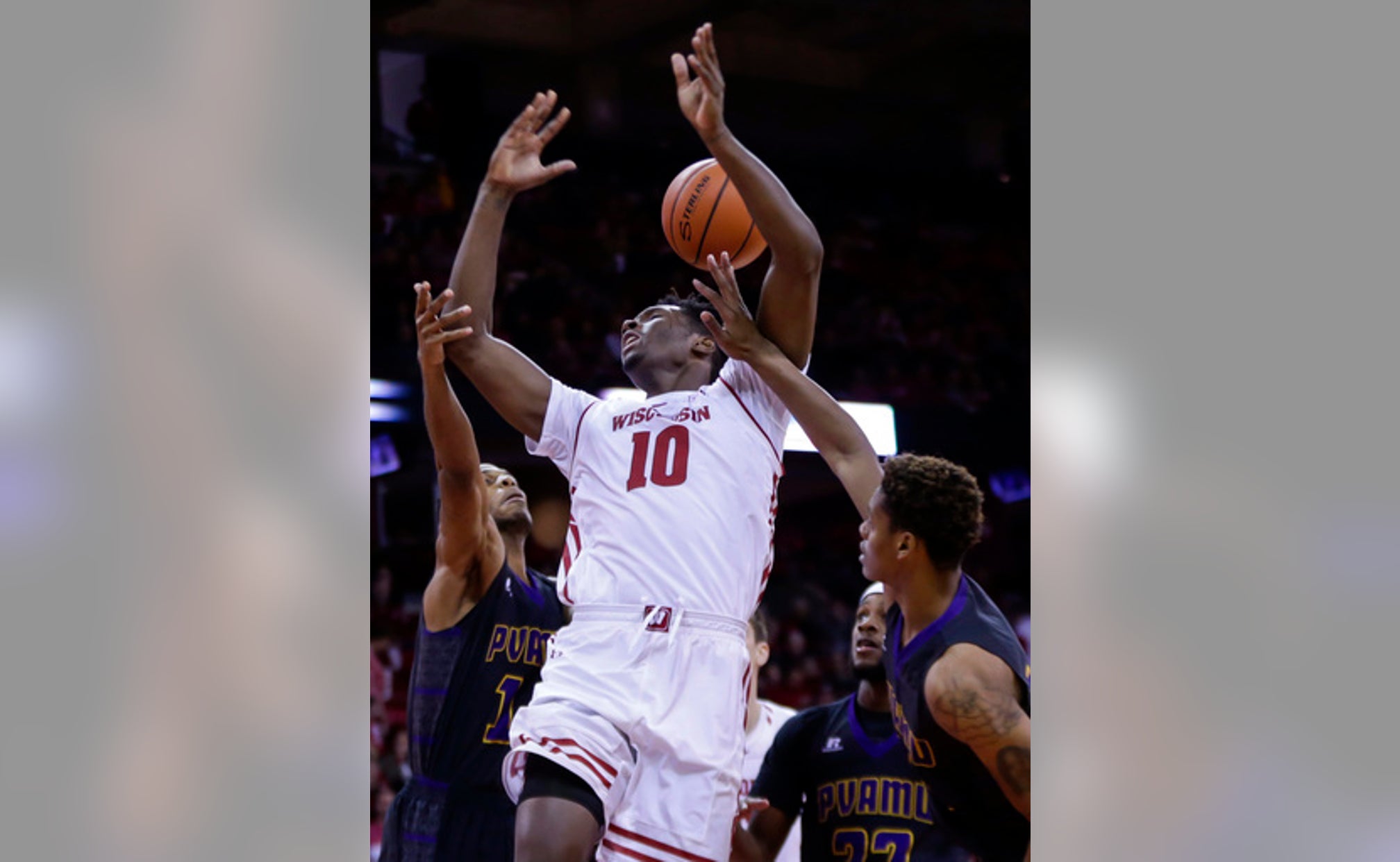 Hayes has 17, Wisconsin rolls over No. 16 Prairie View A&M

Hayes, who was 5 of 5 from the field and 7 of 8 from the free-throw line, was one of six Badgers (5-2) to score in double figures, including Ethan Happ, who had 12 points and 13 rebounds.

Wisconsin continued to struggle at times with its outside shot, hitting just 9 of 27. But the Badgers dominated inside against the smaller Panthers, who started just one player listed as taller than 6-foot-4.

While Wisconsin couldn't find its shooting touch from outside, it more than made up for that with an efficient offensive performance elsewhere. The Badgers hit 24 of their 32 2-point attempts and were 20 of 27 from the free-throw line.

Bronson Koenig and Zak Showalter each scored 11 points for the Badgers, while D'Mitrik Trice and Khalil Iverson had 10 apiece.

Prairie View A&M: The Panthers lost their previous three games against the Badgers by an average of 33 points. Trailing 19-16 after the first 7 minutes, 30 seconds constitutes progress.

Wisconsin: No offense, Panthers, but this was just a tuneup for Wisconsin in between the Maui Invitational and No. 18 Syracuse.

Prairie View A&M: Sunday's game was the first of seven for the Panthers on the road. That swing continues Saturday at Houston.

Wisconsin: The Badgers host No. 18 Syracuse on Tuesday, their third game of the season against a ranked opponent.