On This Day: Tyus Edney saves the UCLA Bruins in the second round of the 1995 NCAA tournament

In order to win the NCAA tournament, you need a little luck on your side.

In the case of the 1995 UCLA Bruins, their luck came in the form of senior point guard Tyus Edney, who delivered one of the most memorable buzzer-beaters in NCAA tournament history.

The 1994-95 season belonged to UCLA. The Bruins entered the tournament as the top overall seed, having lost only one game on the season – a January 5 road defeat at the hands of Oregon.

They rattled off 20 consecutive wins to finish the season, winning the Pac-10 regular season title with a record of 17-1, behind Edney and superstar senior forward Ed O’Bannon. 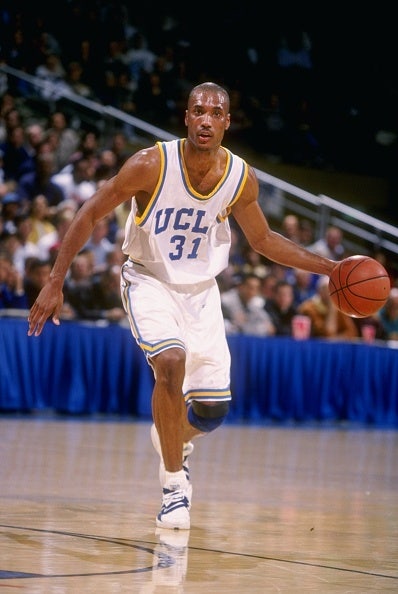 For the Bruins, O’Bannon was the man. In 1995 alone, he won the John R. Wooden Award for the nation’s most outstanding player, and was also named Pac-10 Co-Player of the Year, USBWA College Player of the Year, a First-Team All-American, and eventually, Final Four Most Outstanding Player.

But he needed a little help from Edney to earn that last one.

It’s usually the point guard, the smallest guy on the court, who is the heart and soul of the team. And with 4.8 seconds left against an upset-minded Missouri in the second round of the tournament, UCLA turned the ball over to Edney, down one.

And of course, Edney – 1995 winner of the Frances Pomeroy Naismith Award for most outstanding player under 6-feet – made magic.

The Bruins didn’t let Edney’s heroics die in vain. They went on to defeat Mississippi State in the Sweet 16, Connecticut in the Elite Eight, and Oklahoma State in the Final Four, before facing off with Arkansas in the National Championship game.

UCLA defeated the Razorbacks, 89-78, to win their 11th national title. 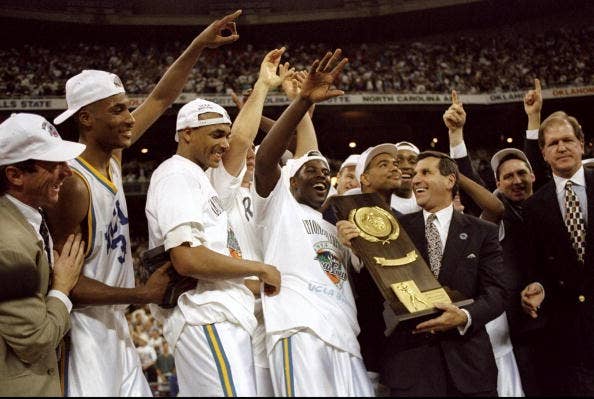 Edney went on to play a few seasons in the NBA before enjoying a successful career in Europe.

In 2010, he returned to UCLA as Director of Men’s Basketball Operations, and soon after, as an assistant coach, all the way up until 2019.

Extra time on your hands? Relive the entire 1995 title game: