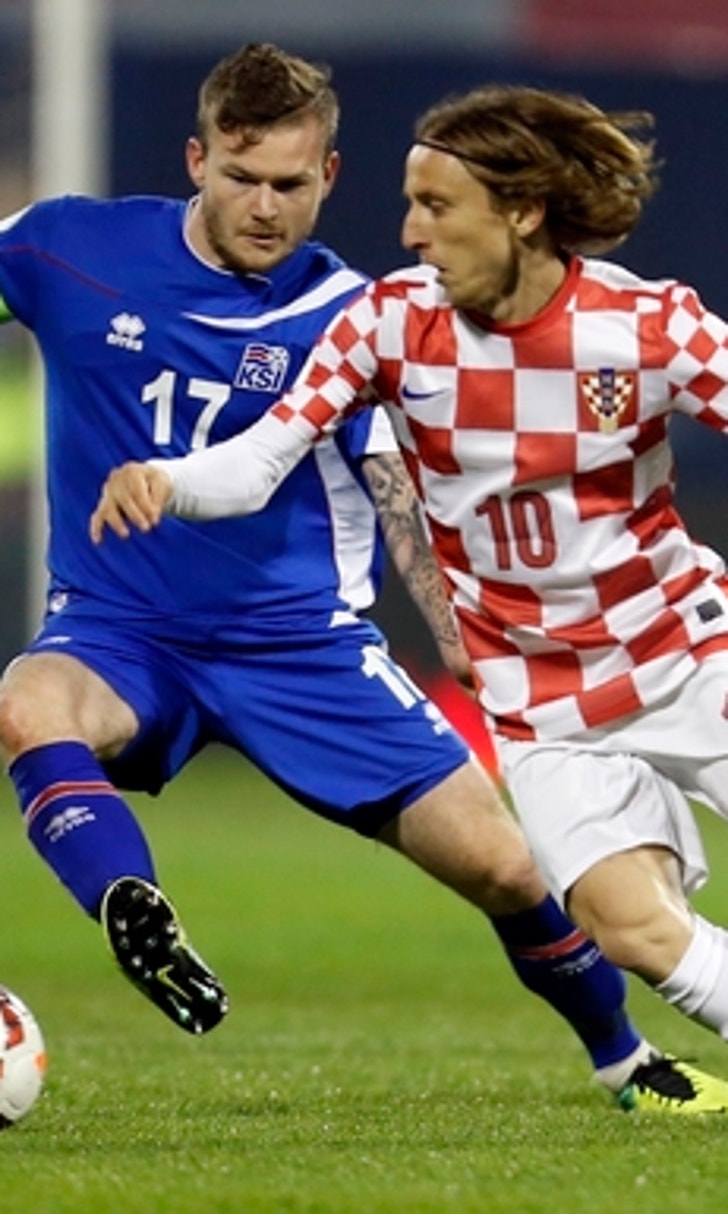 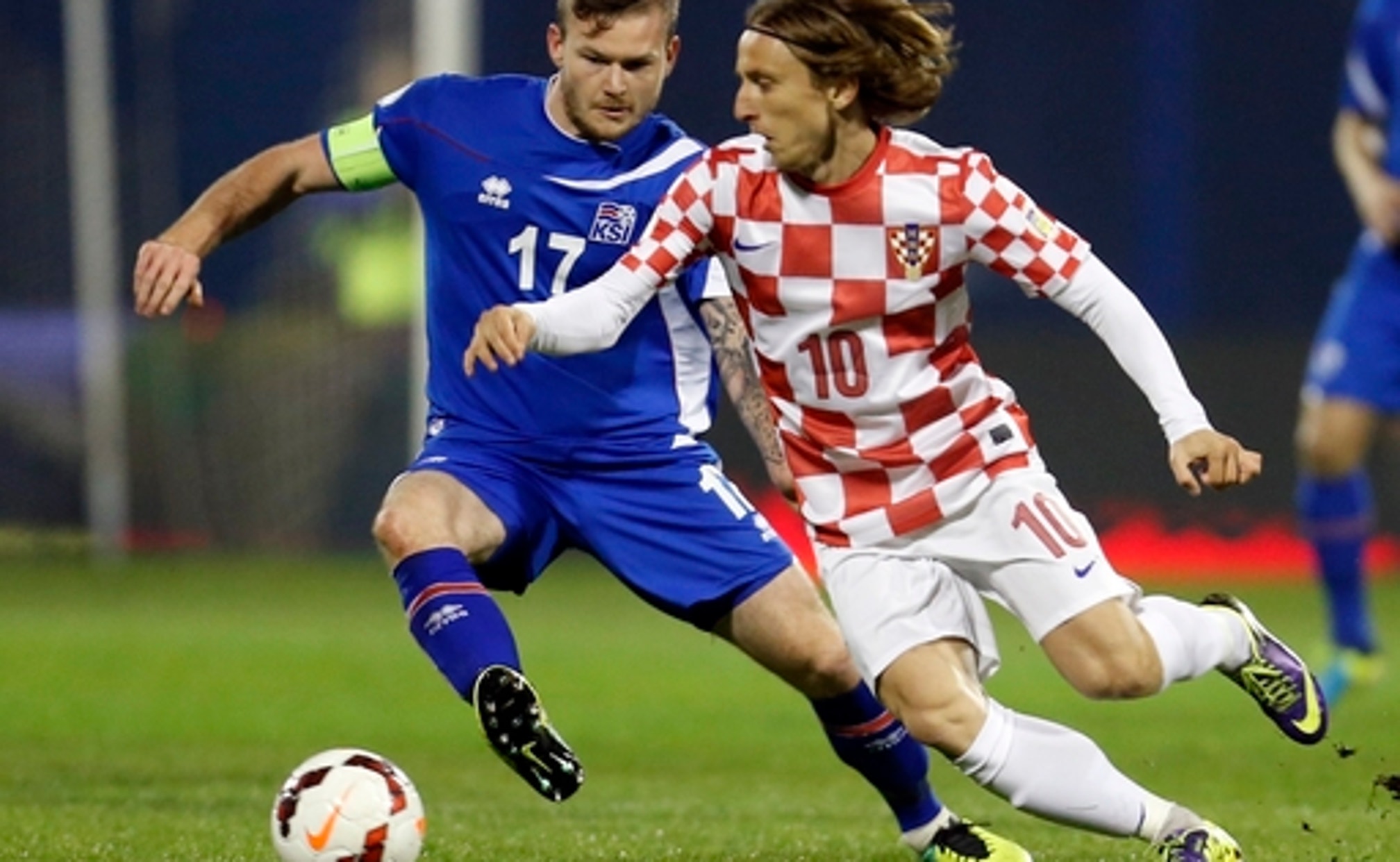 The thunderclap is headed to Russia.

Any neutrals looking for a team to get behind at the World Cup shouldn't look any further than Iceland, a feel-good story of international soccer that just keeps on giving.

With about 330,000 inhabitants, the Nordic country is comfortably the smallest to ever qualify for the tournament. Two years ago, Iceland reached the European Championship for the first time, too, and got to the quarterfinals - famously eliminating England along the way.

The Icelandic fairytale is made more charming by its vociferous and passionate fans, who made the ''thunderclap'' war chant the soundtrack of that summer in France in 2016. Don't be surprised if it has the same impact in Russia.

Adding to the legend is the team's coach, Heimar Hallgrimsson, who combines managing the national team with running a dental surgery clinic in a small town in Iceland. And a hard-working, selfless group of mostly unheralded players who are simply living out their dream in front of the watching world.

Giving the Icelanders more global attention is the identity of their first opponent in Group D: Lionel Messi's Argentina.

Here's a closer look at the Iceland team:

Hallgrimsson was the assistant to head coach Lars Lagerback at Euro 2016, and was promoted ahead of the World Cup qualifying campaign when Lagerback stood down. A modest and well-respected coach in Iceland, Hallgrimsson has managed to keep motivational levels high within the squad after the Euros. He has also stuck to his own unique approach - before every Iceland home game, Hallgrimsson meets up with a supporters' group in a Reykjavik bar and discloses the team's starting lineup and tactics.

Hannes Halldorsson is the undisputed No. 1 - and has an interesting back story. He was once a movie director who was behind the music video for his�nation's 2012 Eurovision Song Contest entry. The career behind the camera is on hold until his life as a soccer player is over.

The defense is held together by the center-back pairing of Ragnar Sigurdsson and Kari Arnason. They are close on the field and off it, having spent the summer of 2015 travelling around Thailand together. At 35, Arnason is one of the veterans of the Iceland team, spending some of his career in English soccer's lower league and now finding himself in Scotland with Aberdeen.

Bearded captain Aron Gunnarsson is the heartbeat of the team in central midfield. A tough tackler and fearsome-looking figure, he keeps his passing simple and lets the more creative players in the team - Gylfi Sigurdsson and Johann Berg Gudmundsson, for example - do their thing. Gunnarsson also leads Iceland's fans in the thunderclap. Gudmundsson, a wide midfielder, is growing in stature after an impressive season with Burnley in the English Premier League.

Gylfi Sigurdsson is the star of Iceland's team and has long been used as a midfield playmaker by his country. During qualifying, he was occasionally deployed as a deep-lying forward in a 4-2-3-1 formation, allowing Iceland to bulk up the midfield, and could be used there at the World Cup. That's provided he is fit to play - Sigurdsson was included in the squad despite having been out with a knee injury since early March and his condition remains a major concern. He has also struggled to make an impact at Everton this season after a $58 million move from Swansea last summer. Kolbeinn Sigthorsson was the starting striker at Euro 2016 but has been ruled out by a knee injury, leaving Jon Dadi Bodvarsson and Alfred Finnbogason to compete for the starting striker role at the World Cup.

Iceland, which will be based in Krasnodar, opens against Argentina on June 16. The team will then face Nigeria on June 22 and finish the group stage against Croatia on June 26.

Gylfi Sigurdsson
share story
those were the latest stories
Want to see more?
View All Stories
Fox Sports™ and © 2020 Fox Media LLC and Fox Sports Interactive Media, LLC. All rights reserved. Use of this website (including any and all parts and components) constitutes your acceptance of these Terms of Use and Updated Privacy Policy. Advertising Choices. Do Not Sell my Personal Info