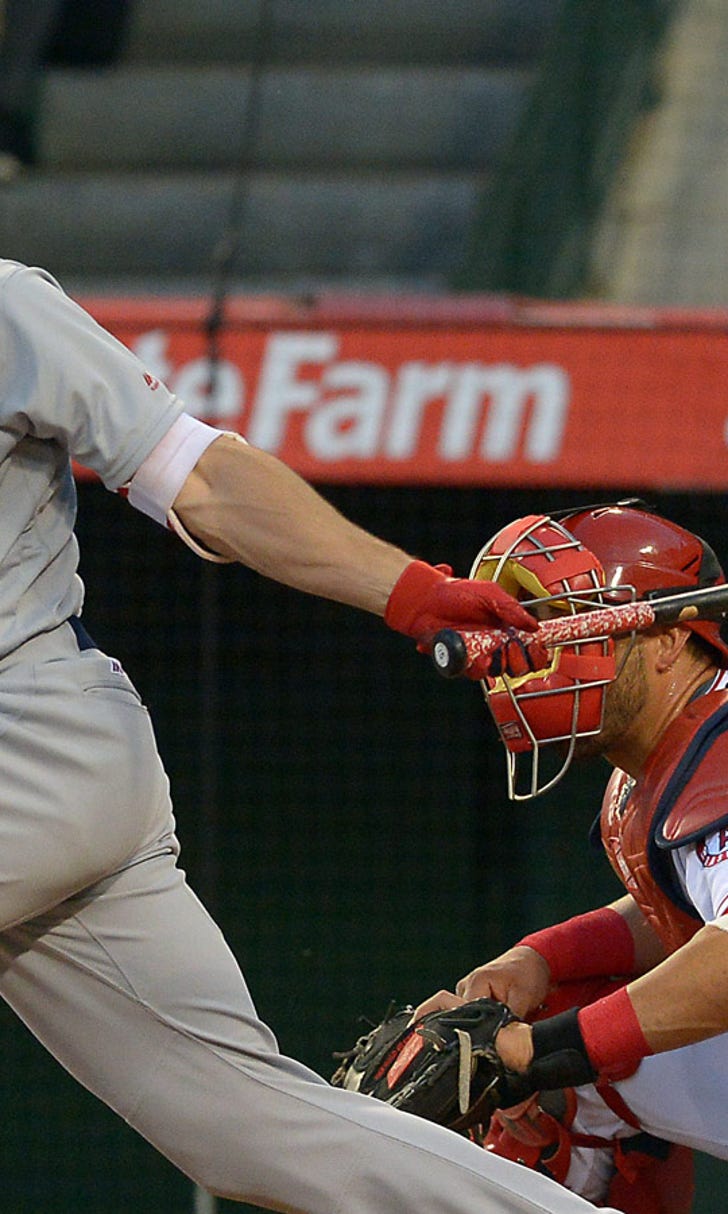 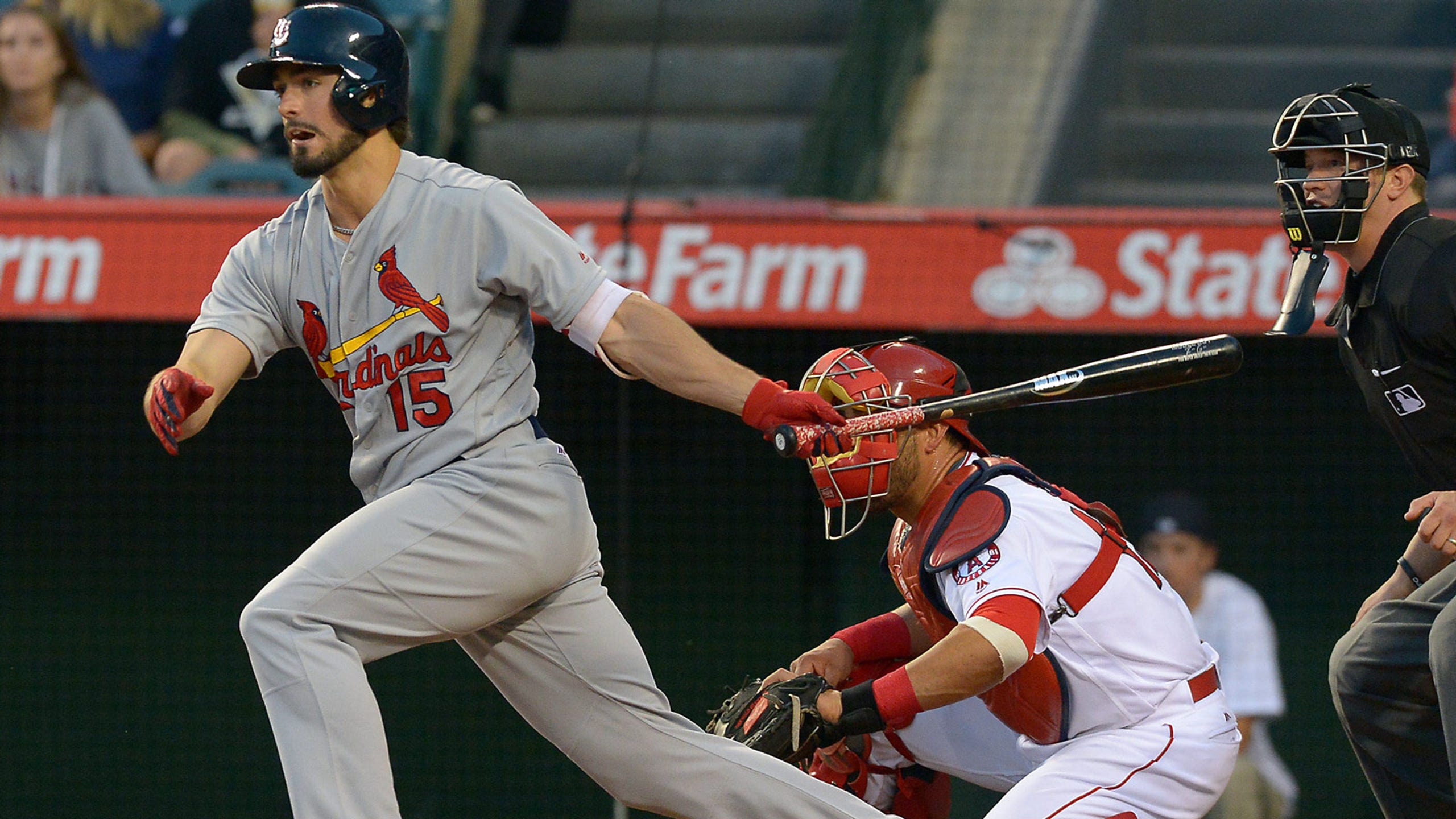 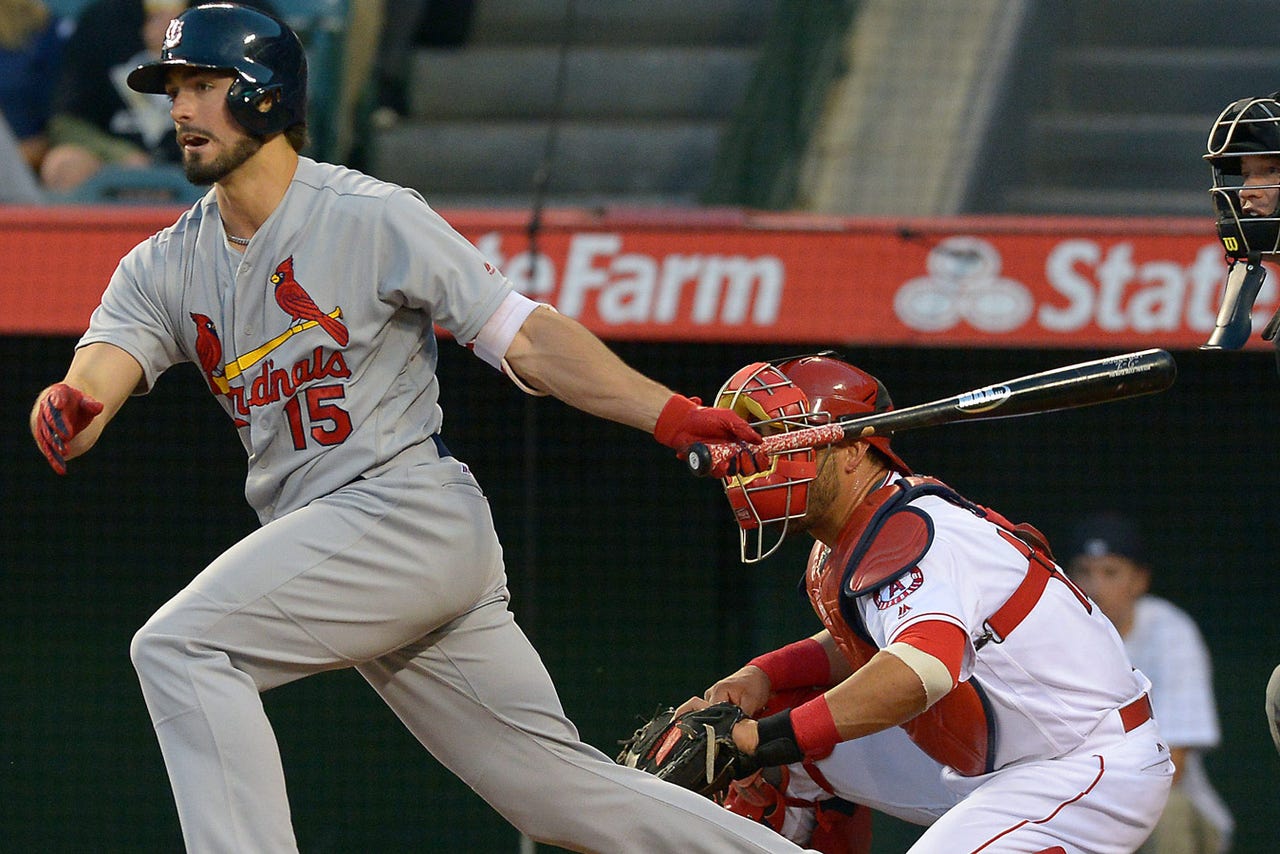 ANAHEIM, Calif. -- Since the calendar turned to May, Jaime Garcia has been just about untouchable.

The left-hander gave up two unearned runs and struck out eight to win his second straight start. He has yet to allow an earned run in 14 innings this month.

"Everything feels good right now," Garcia said. "I've been able to make pitches and keep the ball down and keep them off balance. Simple stuff for the most part."

Kevin Siegrist pitched a perfect eighth and Trevor Rosenthal retired the side in the ninth to complete the four-hitter.

Garcia (3-2) was dominant from the outset. He retired 11 of the first 12 batters he faced, sat down six of seven after C.J Cron's two-run home run in the fourth ended his no-bit bid, and pitched out of his lone jam with a pair of clutch strikeouts in the seventh.

With runners on second and third and one out in the seventh, Garcia struck out Johnny Giovatella and Shane Robinson swinging on offspeed pitches in the dirt to escape unscathed.

"In that situation right there I was trying to not to let any emotions get to me," Garcia said. "I've had games in the past where I've tried to do too much, so I just tried to keep my emotions down and just worried about making one pitch."

The Cardinals scored four times in the second inning against Matt Shoemaker (1-5) to jump out to an early lead and never trailed. Stephen Piscotty, Yadier Molina and Randal Grichuk had two hits apiece to lead the offense.

"Jaime is just a competitor and I really love playing behind him because he just attacks, attacks, attacks," Piscotty said. "It kind of sets the tone for what we as [an] entire team want to go out and do, and we did that tonight."

Shoemaker, recalled from Triple-A earlier in the day, got tagged for seven hits and four runs in four-plus innings, the second straight game an Angels starter failed to get out of the fifth inning.

The Angels have dropped five straight and nine of their last 11. The four hits were the fewest they've managed during the skid.

"We just need to keep fighting and sooner or later it will click," said Albert Pujols, who is 2 for his last 21 at the plate. "You can't get frustrated. We have a lot of at-bats left."

Rosenthal stifled an attempted Angels rally in the ninth to finish it. He walked Cron and Geovany Soto with two outs in to bring the tying run to the plate, but Giovatella flied out to left to end it.

Cardinals: OF Tommy Pham (left oblique strain) entered the second week of his rehab assignment at Triple-A Memphis but does not have a timetable for a return to the majors.

Angels: LF Craig Gentry (back strain) resumed baseball activities but does not have a timetable for his return.

The Angels acquired RHP Jhoulys Chacin from the Atlanta Braves earlier in the day in exchange for minor league LHP Adam McCreery.

The Angels also designated 1B Ji-Man Choi for assignment. Choi was 1 for 18 for the Angels after they picked him up in the Rule 5 draft last offseason.

The Cardinals successfully got a call overturned on a challenge in the fourth inning.

Mike Trout was originally ruled safe on an infield single, but the Cardinals challenged and a video review showed the shortstop Diaz's one-hopper to first beat Trout barely.

Trout was ruled out upon review, giving the Cardinals their sixth successful challenge in nine attempts this season.

Cardinals: RHP Adam Wainwright (2-3, 6.30) is unbeaten in his last three starts after dropping his first three decisions of the season.

Angels: RHP Jered Weaver (3-1, 4.72) goes for his first win of the month after a no-decision in his last start despite allowing only one earned run in six.