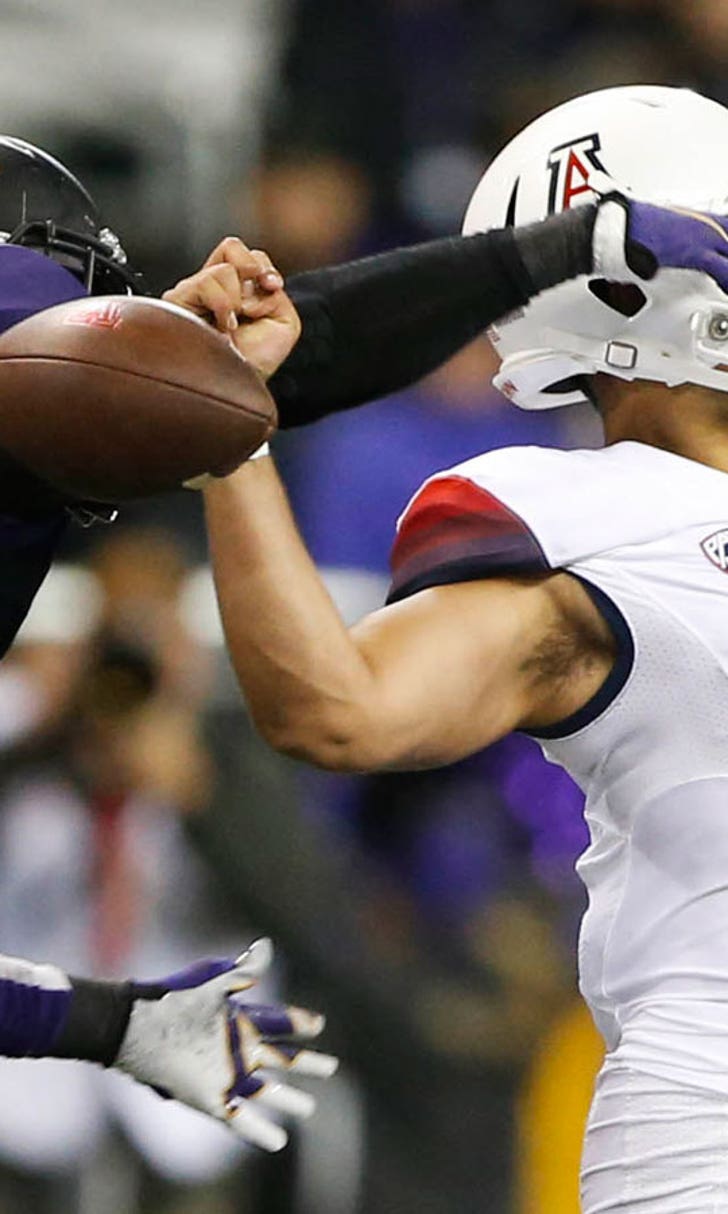 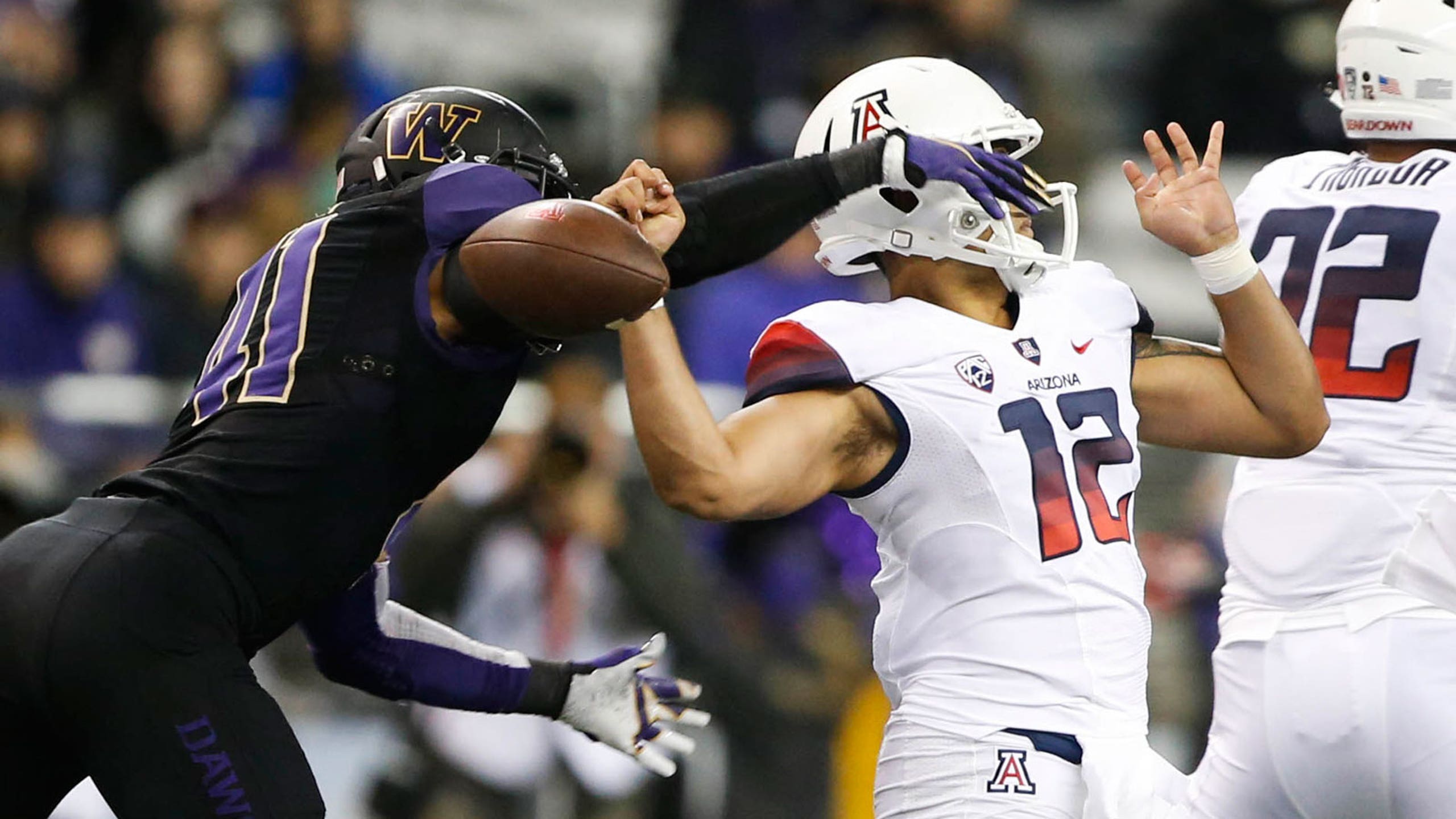 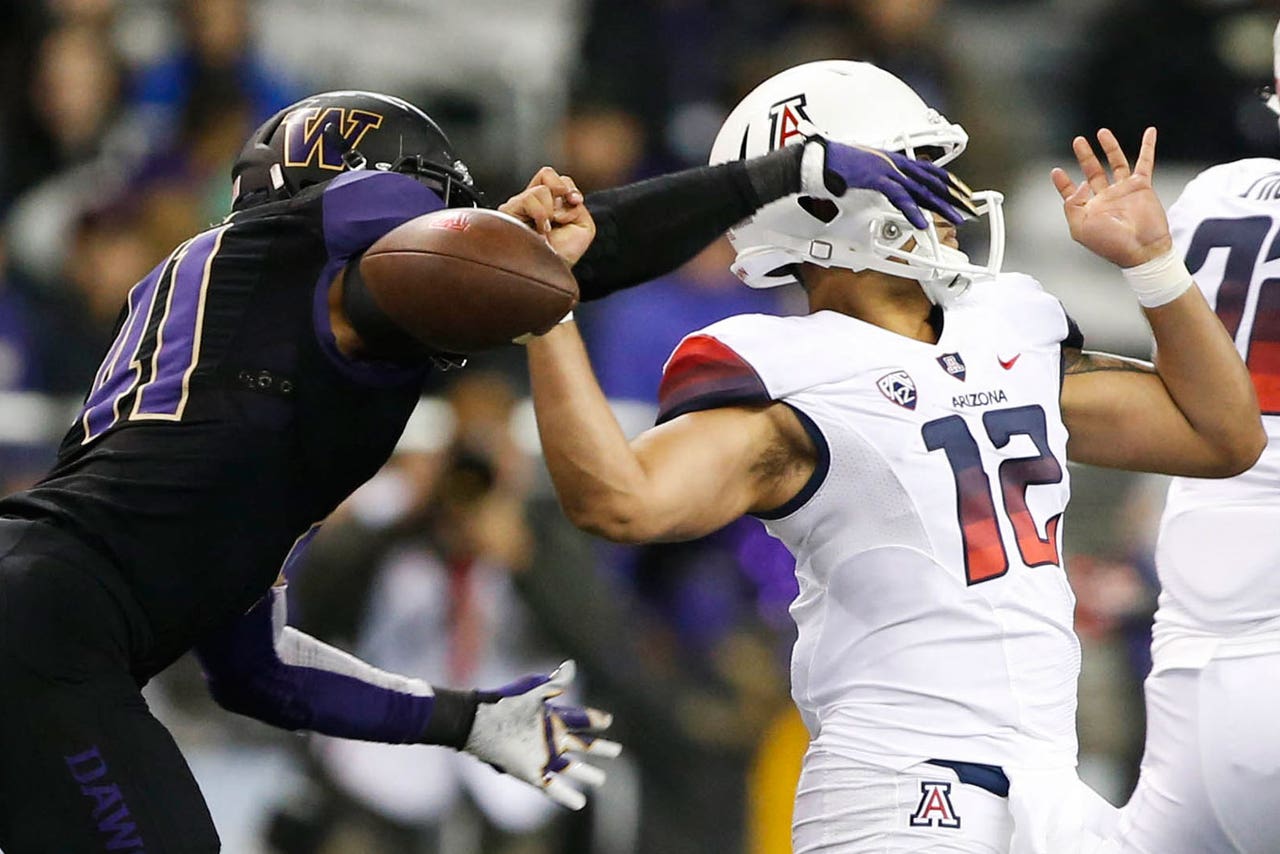 Browning became the fifth Washington quarterback in the last 20 seasons to pass for four touchdowns in a game, added a fifth touchdown on a 12-yard run, and led the Huskies to a 49-3 rout of Arizona on Saturday night.

After sitting out last week against Stanford with a shoulder injury, Browning was nearly flawless in leading the Huskies to their most lopsided conference victory since a 59-7 win over Colorado in 2013.

Browning threw three first-half touchdowns as the Huskies (4-4, 2-3 Pac-12) built a 21-3 lead and added a 31-yard TD strike to Dante Pettis on the opening possession of the second half. Browning capped his night with his first career touchdown rushing to give the Huskies a 35-3 lead.

Browning finished 16 of 24 passing for 263 yards. He joined Jake Locker, Keith Price, Brock Huard and Cody Pickett as the only Washington QBs with at least four touchdown passes in a game since 1996.

Browning threw a pair of 13-yard touchdowns in the first half, first to Dwayne Washington out of the backfield and later to tight end Joshua Perkins. Browning added a 5-yard TD pass to Brayden Lenius with 54 seconds left in the first half that capped one of the Huskies most efficient drives of the season going 63 yards in just 91 seconds for a 21-3 lead.

Dwayne Washington added a 69-yard touchdown run late in the third quarter and backup quarterback Jeff Lindquist provided the capper with an 8-yard TD run midway through the fourth quarter.

The 49 points by Washington were the most against a conference opponent since putting up 63 on Oregon State late in the 2013 season.

Arizona (5-4, 2-4) suffered its second straight loss, but unlike last week against Washington State when a comeback attempt fell short late, there was no fight from the Wildcats on a wet and blustery night. Arizona still needs one more victory to reach bowl eligibility but that won't be easy with games remaining against USC, Utah and Arizona State.

Arizona was held to its lowest point output since getting shut out at Oregon in 2012. Washington sacked Arizona quarterbacks three times and forced four turnovers.

Anu Solomon got the majority of the playing time at quarterback after it was expected that Jerrod Randall would get the call. Randall played sparingly in the first half before taking over late in the third quarter when the game was out of hand.

Solomon finished 18 of 31 passing for 160 yards. Arizona's 330 total yards were its second-fewest of the season.