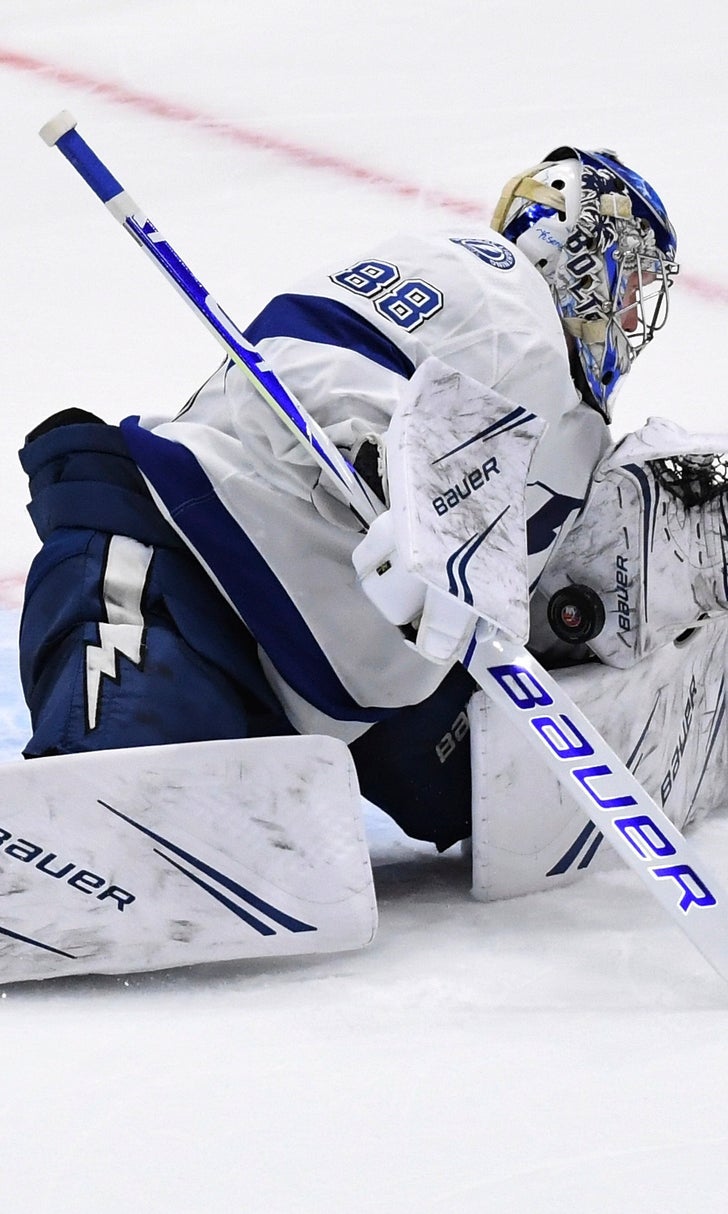 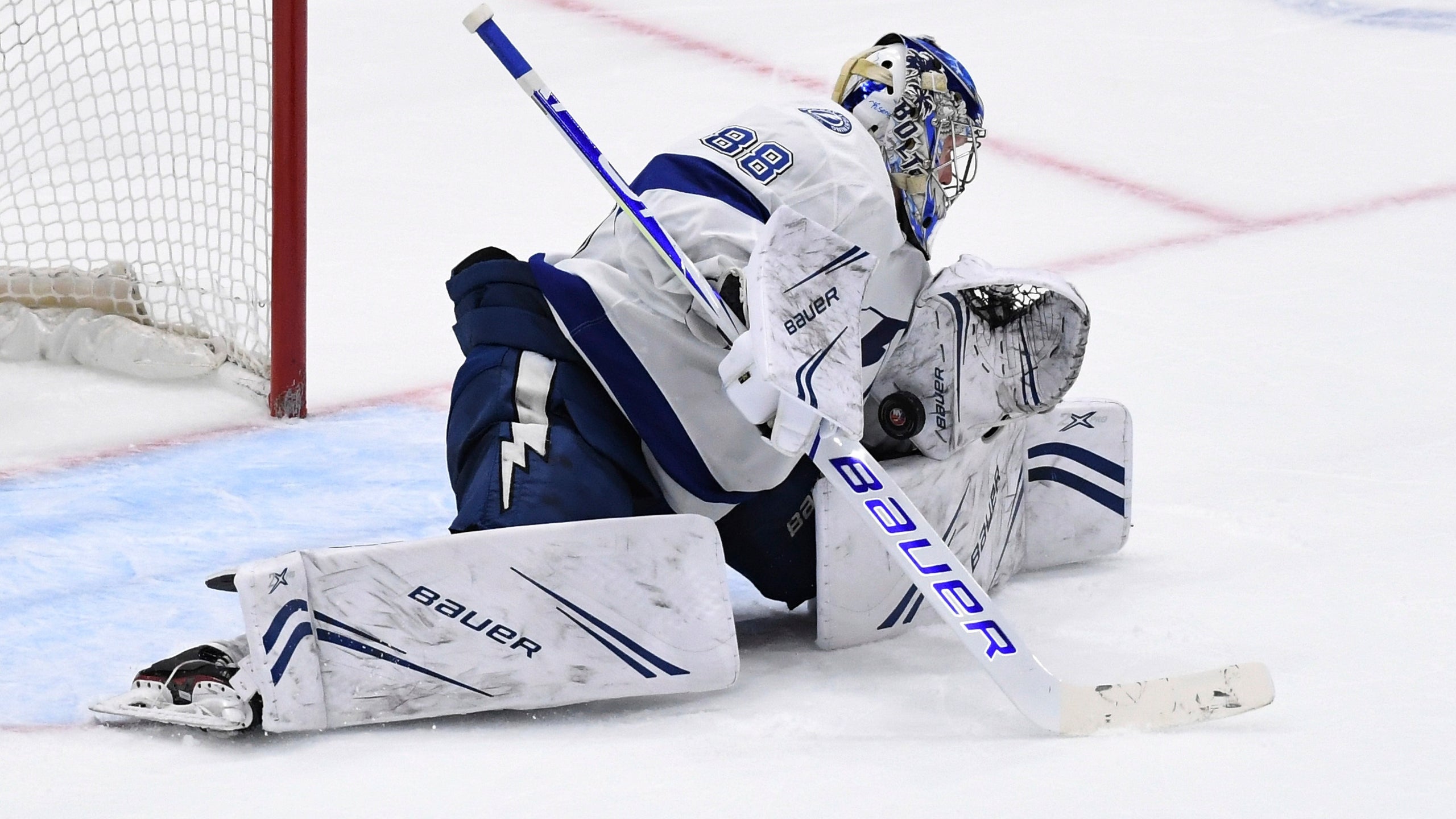 UNIONDALE, N.Y. (AP) — The Lightning and their high-flying offense hadn't been shut out all season. The Islanders blanked them for 65 minutes, but it still wasn't enough.

Victor Hedman scored the only goal in shootout Friday night to lift Tampa Bay past New York 1-0 after both goaltenders put on a spectacular display in regulation and overtime.

Hedman beat Thomas Greiss on the first attempt for the league-best Lightning.

The Islanders had a power play at 3:23 of overtime when Tampa Bay's Nikita Kucherov was called for cross-checking but couldn't convert.

"Both goaltenders were outstanding," Islanders coach Barry Trotz said. "It was a well-played hockey game."

The Islanders, who lead the Metropolitan Division, came in having won of 15 of their last 19 games, including five of six heading into the All-Star break and their subsequent bye week. They hadn't played since losing at Chicago in a shootout on Jan. 22.

"There was a little bit of a playoff-feel type of game with the number one team in the league coming to your building," Islanders captain Anders Lee said.

The Lightning were coming off their first game back, a 4-2 loss at Pittsburgh on Wednesday. And when they last played the Islanders, Tampa Bay was smothered 5-1 at Barclays Center in Brooklyn on Jan. 13.

"We knew what happened last time we played them. We were expecting a better effort and we definitely got it," Lightning coach Jon Cooper said. "And a 0-0 game is a pretty exciting one."

Tampa Bay outshot the Islanders 14-11 in the first period with Greiss made a number of strong saves, denying Lightning captain Steven Stamkos from in close on the power play and stopping Yanni Gourde from the doorstep.

"I think we played two great games against them," Greiss said. "It is a confidence boost for us."

In the second period, the Islanders had two power-play chances but couldn't convert.

The chippy contest continued with the goaltenders on top of their games as each team registered 10 shots in the middle stanza.

Vasilevskiy made a spectacular save on Valtteri Filppula midway through the second period, sprawling to his left to deny the Finnish forward.

In the third, the Lightning came out flying with 10 shots on Greiss in the first five minutes.

Greiss denied Brayden Point with a left pad save off a tic-tac-toe setup from linemates Tyler Johnson and Nikita Kucherov.

He made stops on Mathieu Joseph and Ryan McDonagh to keep the game scoreless.

Vasilevskiy was equally stellar, robbing Mathew Barzal from in front and stopping Josh Bailey on a follow-up.

He also made a sharp glove save on Islanders captain Anders Lee with 2:11 left in regulation.

The Lightning had a 40-32 shots advantage heading into overtime.

Trotz was asked if the riveting scoreless draw made him miss ties.

"A little bit because we're a team sport and we preach team in everything we do. With a penalty shot, you sort of lose the effect of a game," Trotz said. "But from the fans' standpoint, they want to see an end result. And part of what's theirs is the shootout."

NOTES: The Islanders scratched Fs Tom Kuhnhackl and Ross Johnston plus D Luca Sbisa and continued to be without injured F Andrew Ladd and D Thomas Hickey. ... Tampa Bay scratched Fs Ryan Callahan and Danick Martel and D Anton Stralman. ... The Islanders were 8-2-1 in January and have a winning record each month this season.