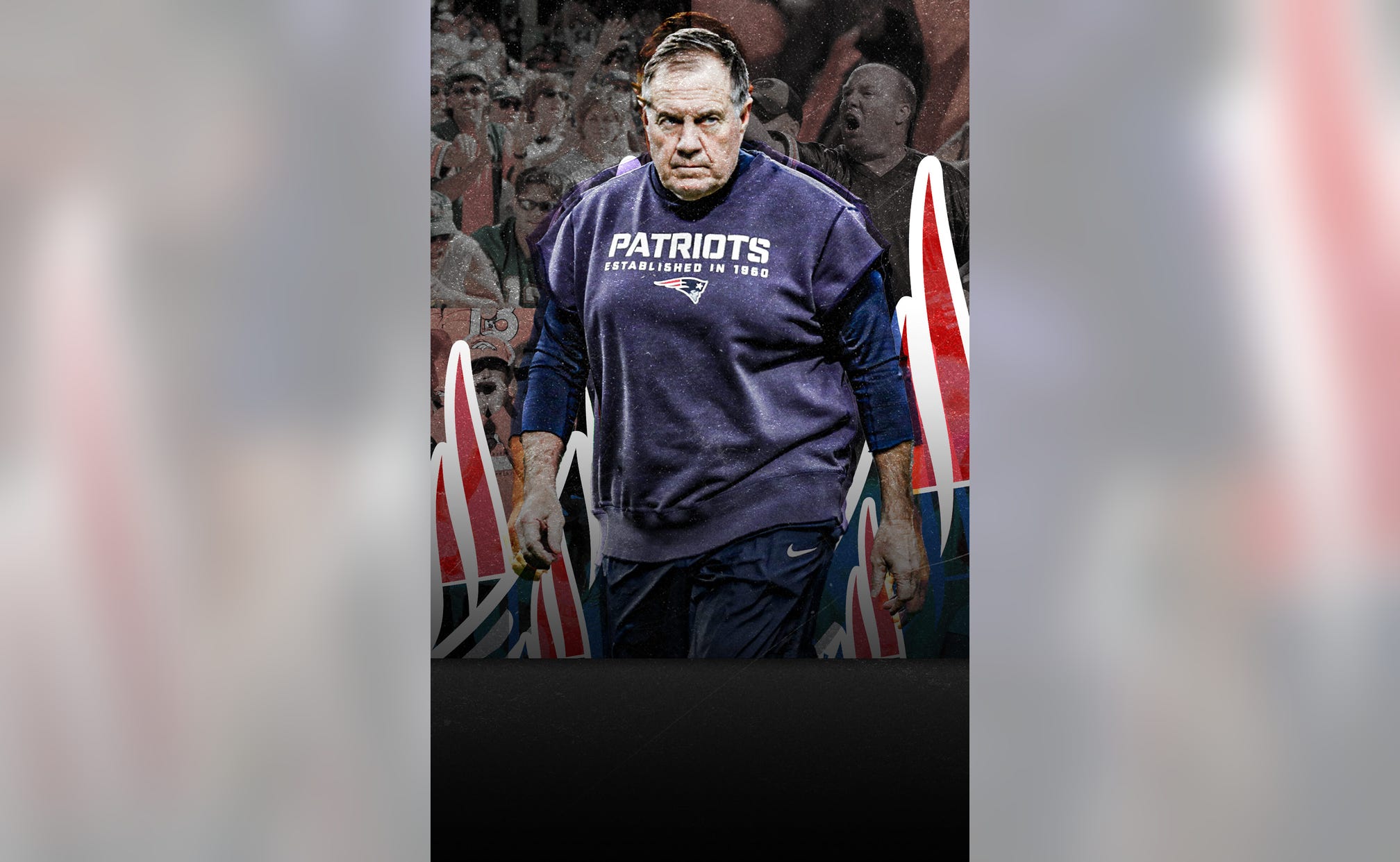 Bill Belichick knew exactly what failed during the New England Patriots’ latest slide into something wedged between mediocre and miserable and he wasn’t shy about saying it was the offense.

And the defense. And the special teams. And a whole lot more.

“Running, passing, defending the run, defending the pass, ball security, tackling, blocking,” the New England Patriots coach continued, after his team’s third straight loss came against the San Francisco 49ers this past weekend. “None of it was good enough. We need to improve in all areas. Everybody contributed to it.”

So there you have it. Everything is wrong in New England. The organization that has won six Super Bowls in modern times and was football’s most dominant force over the past two decades has been outplayed in recent weeks.

The season doesn’t hold much hope. Quarterback Cam Newton admitted he was both embarrassed and in danger of losing his job after getting benched against the 49ers. The Patriots hadn’t previously lost three straight since 2002. They are hurting. The aura of invincibility has been shattered.

So why isn’t everyone else enjoying it more?

For this is exactly what the nationwide army of Patriot-haters have long awaited. The grisly slump following a pretty decent start to the season has provided a ton of ammunition but there isn’t a whole lot of sneering animosity towards Belichick’s team. No one seems to have much of an appetite for it.

This isn’t how you’d have imagined such a scenario playing out. When Tom Brady departed for Tampa Bay, the likeliest outcome seemed to be that Brady might find life tough in his new surroundings while the Patriots machine just kept on churning, especially when Newton came in as a highly affordable free agent.

All those teams that have been tortured by New England’s dominance over the years feared a post-Brady continuation of the Patriots dynasty, so why are they not celebrating now that it seems the opposite looms? Where’s the party?

There isn’t one and the reason is because this story hasn’t followed a path that even fans with the most antipathy of all towards New England would have chosen.

In sports, everyone wants to see the giant toppled and taken down. If we’re being honest, they want to see teams like the Patriots have their heart broken in the same way that they did to so many others, perhaps with a nail-biting defeat in the most important game of the year.

But not this. Not a glum trudge away from relevancy. This feels too drastic, the Pats meekly falling down the pecking order and barely mustering a fight as it happens. Even this was self-imposed. Brady having a grand old time down in Tampa has less to do with his own initial preference and more about the organization making the decision to move on without him.

In New England, the gloom is at unprecedented levels. A region of fans are discovering what it is like to have a not particularly good football team. Overreactions abound. Local outlet Boston.com wants them to start tanking, stating that “from here on out, every win is a loss.”

The Boston Globe’s Chad Finn speculated about how bad things would need to get before Belichick considered tearing up his squad.

“It is much more fun to write about a good team,” Finn said. “But it would be fascinating to see what a Belichick fire sale would look like.”

On FS1’s First Things First, co-host Kevin Wildes said that the panic level among Patriots supporters should be “on a scale of 1-10, a solid 700.”

Meanwhile, Brady is making all those who questioned him feel silly, looking tanned and terrific down in Tampa and boasting an impressive 5-2 record. His exploits, at age 43 no less, have been good enough to add steam to the discussion about how much of New England’s historic success was directly attached to him, and what level of credit should be apportioned to Belichick.

“(Brady) is driven to prove Belichick wrong and is he ever off to the races,” FOX Sports’ Skip Bayless said on Undisputed. “He is … proving that he was by far more valuable than Bill Belichick through those 20 years in New England. The dynasty was created and sustained in the largest part by Brady, who slowly but surely after taking over as a very young player, became the face, the leader of that franchise.”

These are odd days in the NFL. It is not often that Belichick has found himself under fire and with his decision-making in the spotlight, but a 2-4 record for a team that has won its division 16 of the last 17 years will do that to you.

There is a lot of work needed if Newton is to prove he is the answer at quarterback and if the Patriots renowned defense is going to get back on track. The odds (50-to-1 to win the Super Bowl, per FOX Bet) are stacked against them.

We are only six games into the season but it already feels like a sad demise. Yet for those historically bullied by New England, it is an unsatisfying one.

The decline of a champion is never quite as much fun as you think it is going to be. English soccer fans waited a generation for Manchester United to fall off its perch then didn’t find the sort of glee they expected when it actually happened.

As much as the rest of baseball loves to hate the New York Yankees, there is nothing the neutrals would love more than to see them reach the World Series, then get beaten.

It is fun to conquer the dynastic teams when they are still great. The moment they drop, something changes. Something has altered in New England, and it has done so with stunning rapidity.

While all that Brady touches turns to gold, the Patriots, amazingly, are just kind of there. Not good enough, according to Belichick, at any facet of the game. And not Patriot-like enough, right now, to still be hated.

“Really,” Belichick added, “there’s not much else to say.”

What You Need To Know To Win $100,000
NFL fans have a chance to win big absolutely for free this week. Jason McIntyre navigates a landscape full of backup QBs.
4 days ago
those were the latest stories
Want to see more?
View All Stories
Fox Sports™ and © 2020 Fox Media LLC and Fox Sports Interactive Media, LLC. All rights reserved. Use of this website (including any and all parts and components) constitutes your acceptance of these Terms of Use and Updated Privacy Policy. Advertising Choices. Do Not Sell my Personal Info