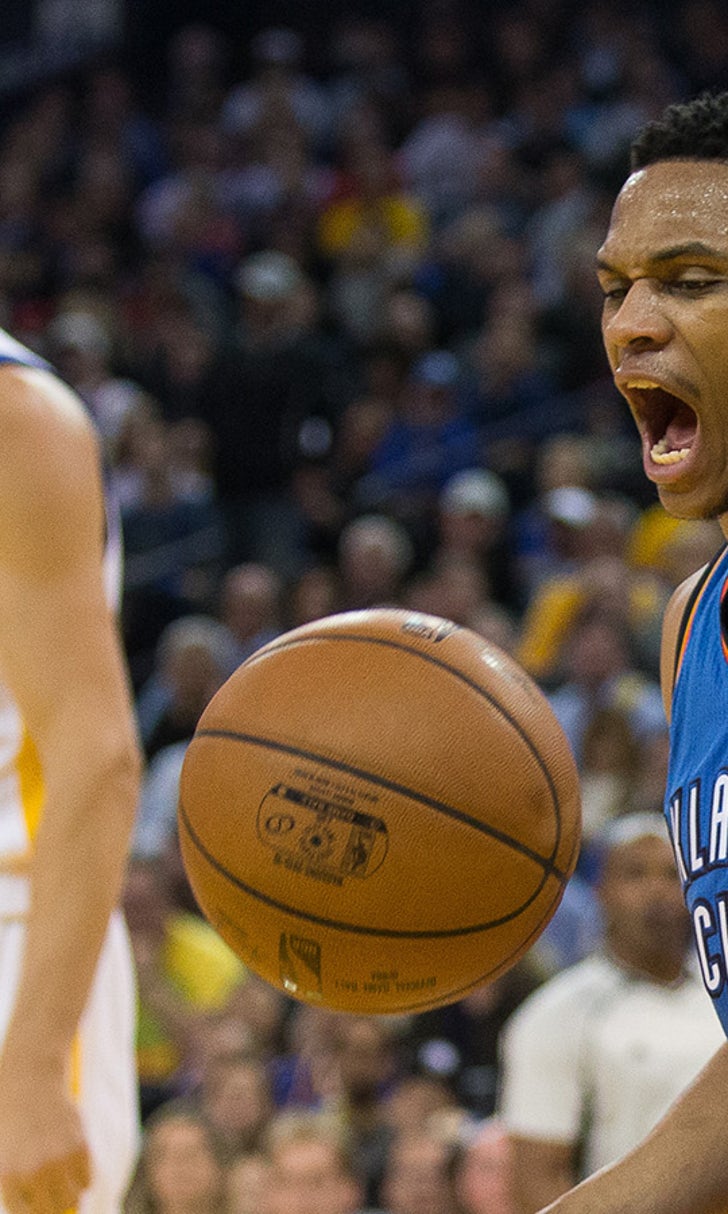 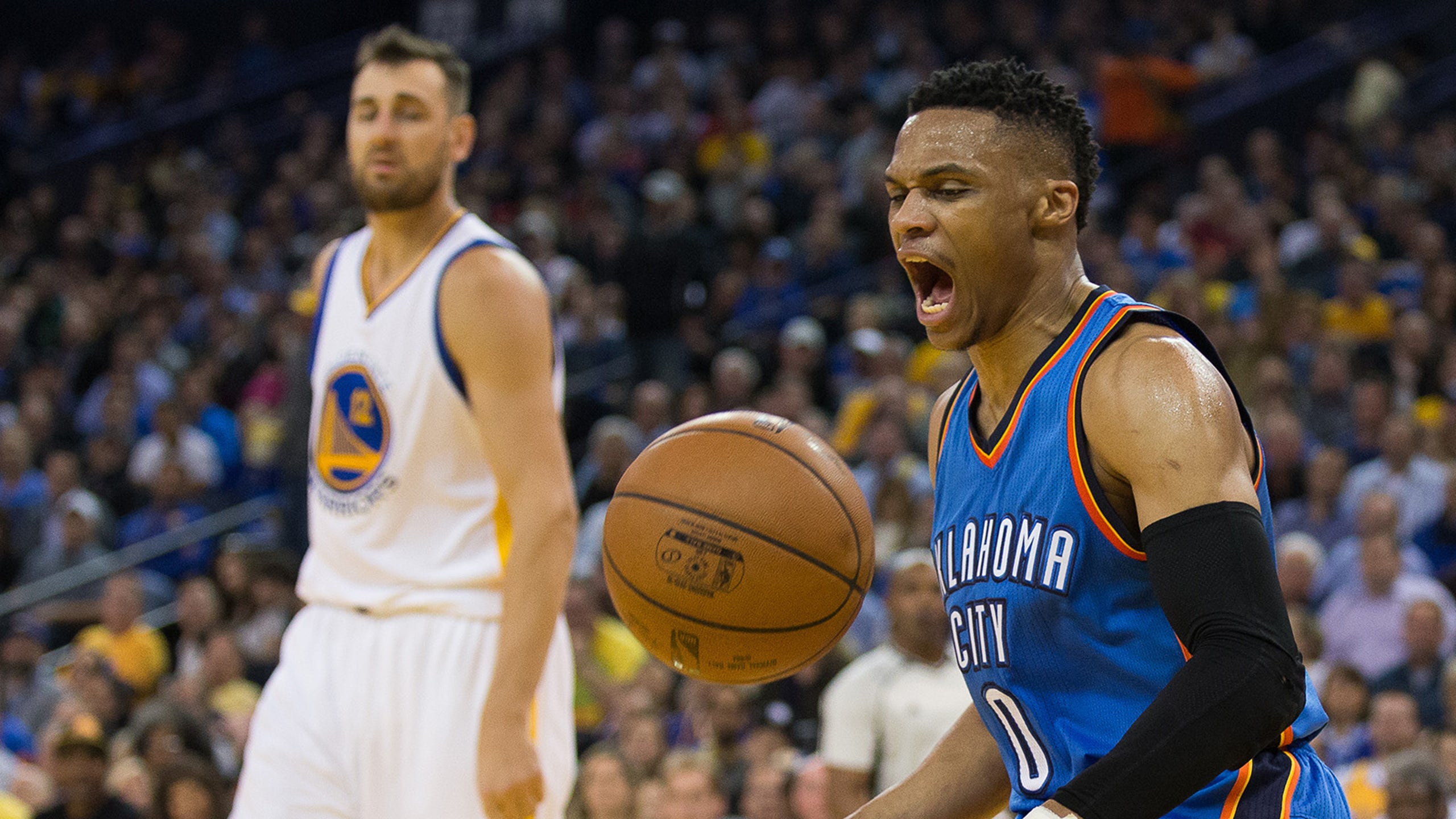 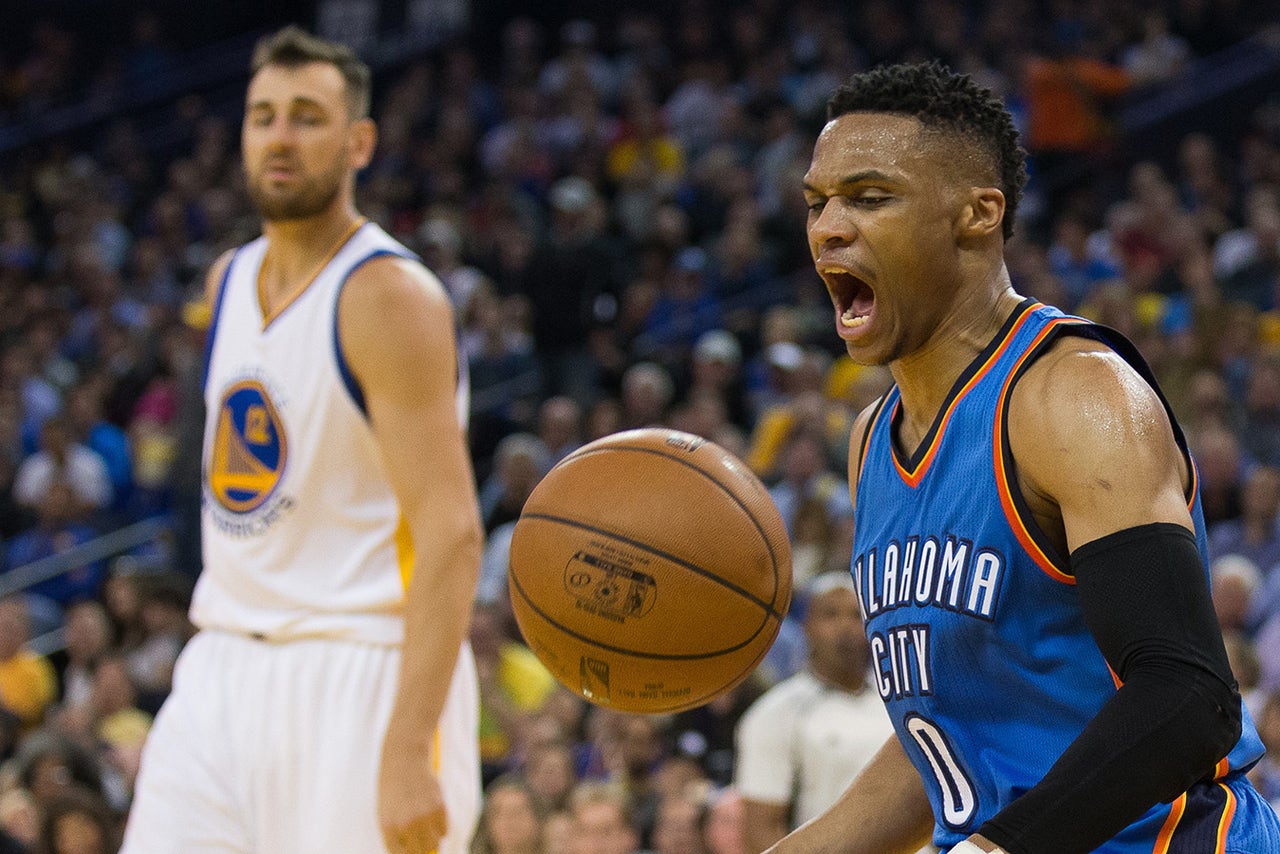 Russell Westbrook is either the second-best player in the world or merely the second-best player on his own team. He stands tall as either the driving force who can help lead the Oklahoma City Thunder to their first NBA championship or the tantalizing talent whose recklessness teeters on indefensible the deeper we dig into the most critical season in franchise history.

For some, Westbrook is all of these things. To those who are overly critical, his flaws are easy to identify, which makes placing him in the crosshairs so easy. He's wild and loud and sometimes doesn't make any sense.

Westbrook is also a transformative athletic specimen nearing the end of his most efficient season. He's averaging 24 points, 10.4 assists and 7.6 rebounds per game (the latter two stats are a career high).

On Monday night, the 27-year-old put it all together for an all-time mic drop on those who stubbornly insist he does more bad than good:

Russell Westbrook w/his first game without a turnover since April, 2013. He had been averaging 6.1 TO/G over his previous 8 games. @NBATV

For Westbrook, turnovers are an unfortunate but acceptable side effect that spill out of his playing style. His impact is overwhelmingly positive more times than not, and his value is so immense — the Thunder's offense is never worse than when he's on the bench — that it's silly to view him as anything but an all-time great player.

Russell Westbrook is the 6th player since 1983 to have 12+ triple-doubles in a season https://t.co/iQemv2JBut pic.twitter.com/DdbNNkgO5f

Zero turnovers and a triple-double? This person is a video game.

The NBA's Most Devastating Injury
In recent years, Achilles tears have plagued some of the NBA's top players. Melissa Rohlin examines a painful trend.
9 hours ago

Brooklyn Buckets
So far, so good in Brooklyn. The Nets are 2-0 since pairing "The Beard" with KD, and the duo has so far proven unstoppable.
20 hours ago

Quietly Creeping
While most of the talk has been about the Lakers and Nets this season, the other L.A. team is silently tip-toeing in the dark.
1 day ago

Sports World Honors Dr. King
Dr. Martin Luther King Jr. was a pioneer unlike any other, and the sports world is spending Monday celebrating his legacy.
1 day ago
those were the latest stories
Want to see more?
View All Stories
Fox Sports™ and © 2021 Fox Media LLC and Fox Sports Interactive Media, LLC. All rights reserved. Use of this website (including any and all parts and components) constitutes your acceptance of these Terms of Use and Updated Privacy Policy. Advertising Choices. Do Not Sell my Personal Info