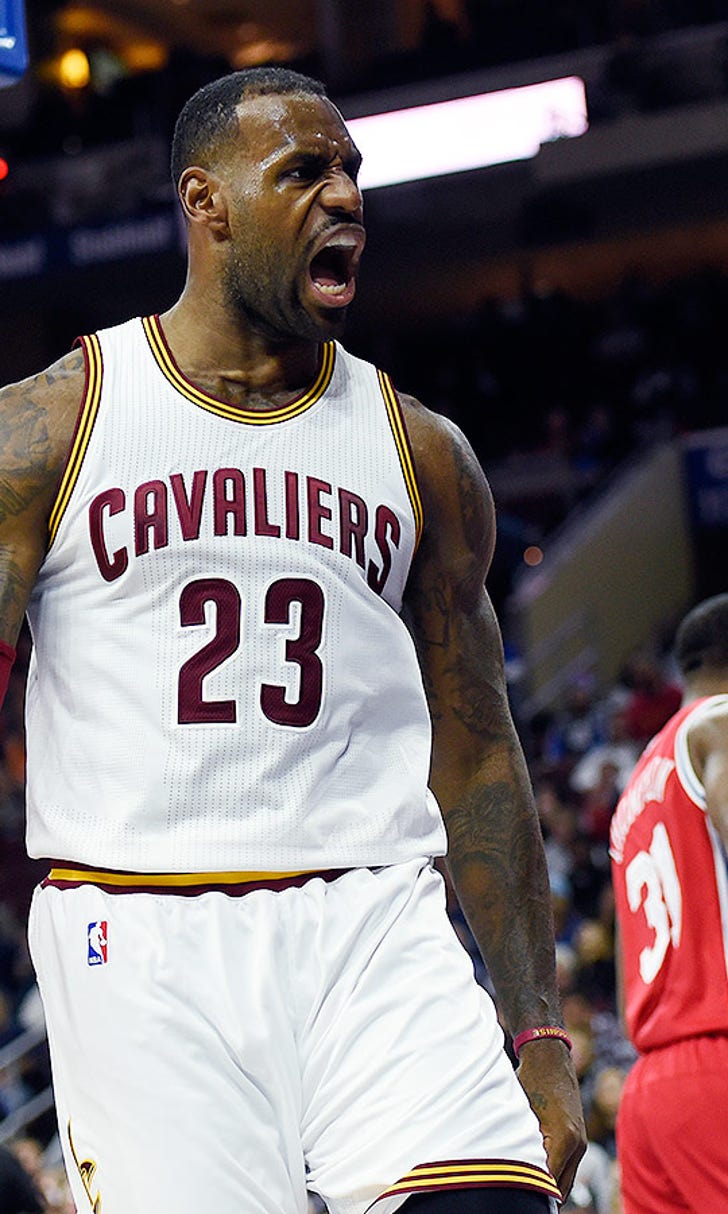 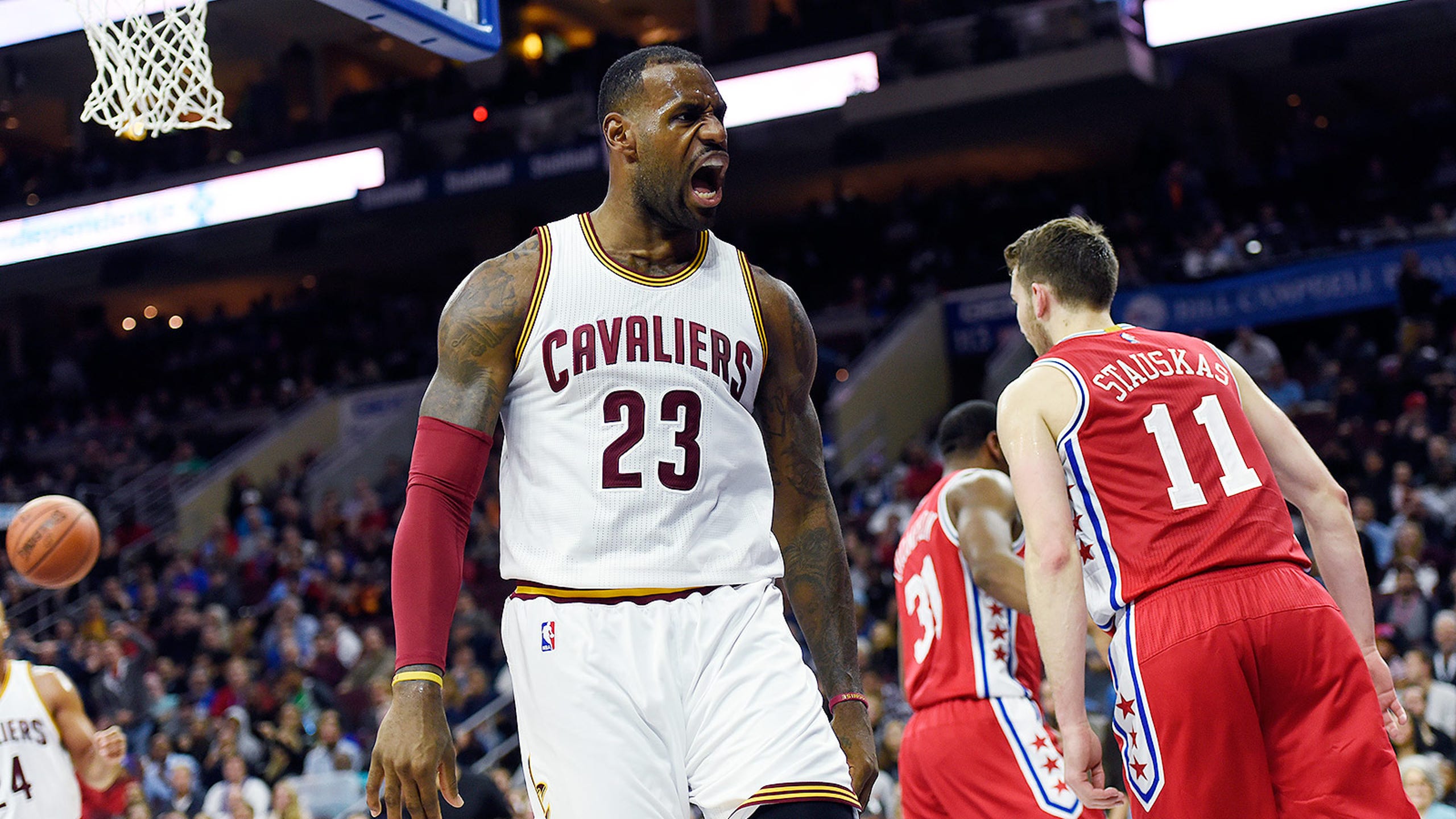 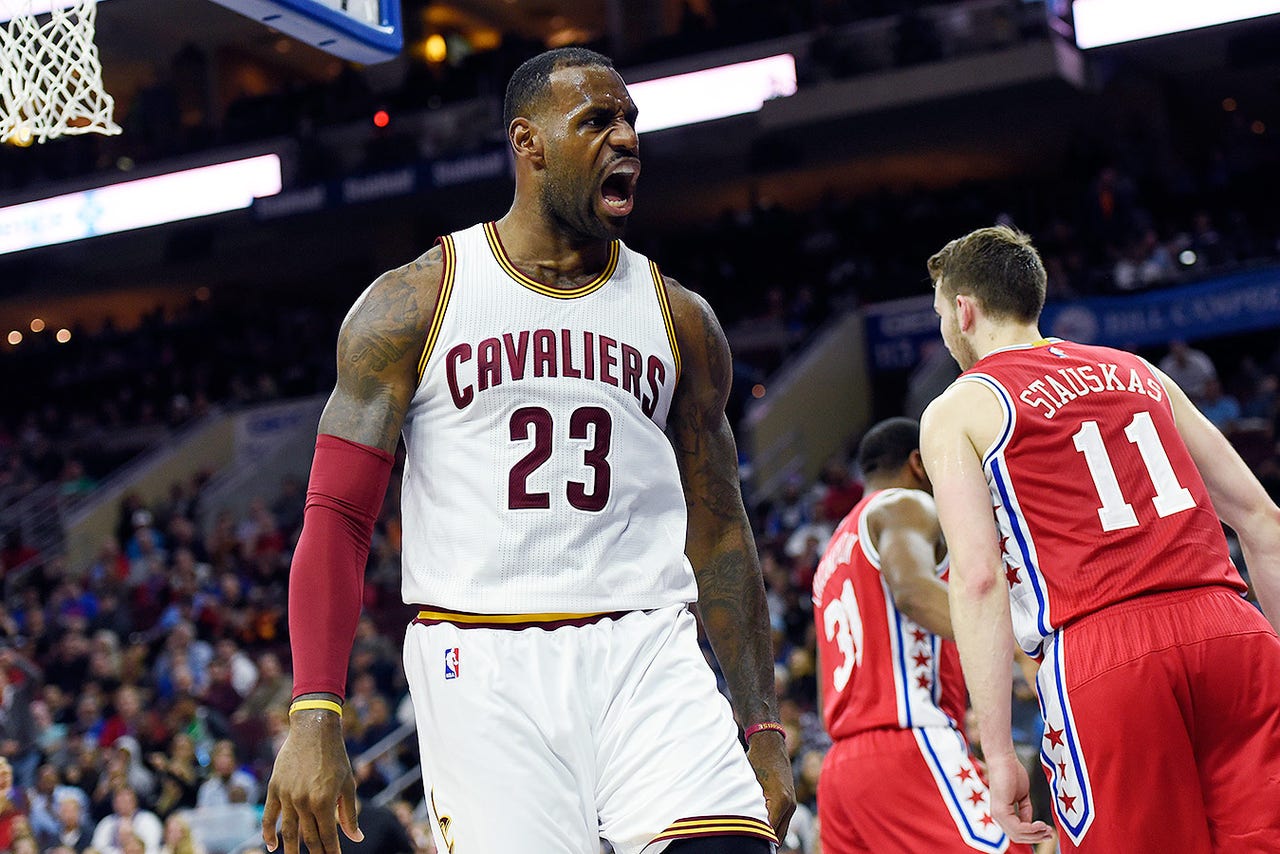 James had 22 points, 11 assists and nine rebounds and rallied the Cavs in the second half against a scrappy Philly team that had built a 15-point lead. James and the rest of the Eastern Conference champions had enough to push back the undermanned Sixers.

James scored the milestone basket on a dunk with 8:07 left in the fourth quarter. The 30-year-old James became the sixth active player with 25,000 points and the 20th overall. He joined Dallas' Dirk Nowitzki, San Antonio's Tim Duncan, Minnesota's Kevin Garnett, Los Angeles' Kobe Bryant and Paul Pierce of the Clippers.

The youngest to 25K. #StriveForGreatness pic.twitter.com/owlBkAdo7F

James turned heads over the weekend when he dressed as musician Prince at a Halloween bash.

James scored six points in the third quarter to help the Cavaliers start their rally against the 0-3 Sixers. He made 9 of 19 shots and had four steals.

But it was the latest major achievement that stuck with James, who went from Ohio prep star to the No. 1 overall selection by Cleveland in the 2003 draft.

"It just means I've played with a lot of great teammates, a lot of great coaches," James said. "I've been around some great groups and I've been able to reap the benefits. It's a cool thing. I've got more work to do but it's pretty cool to see where you're able to kind of stop and look at it."

Jahlil Okafor, the No. 3 overall pick of this year's draft, fought through foul trouble and led the Sixers with 24 points. Nik Stauskas scored 15 and Nerlens Noel 14.

Okafor and Noel are the building blocks of a franchise years away from contention. Okafor and Noel, the No. 6 overall pick of the 2013 draft, gave the Sixers a peek in the first half at just good they might be one day. Noel and Okafor powered Philadelphia to a 32-18 lead after one and a 54-49 edge at the break.

James and Kevin Love, who scored 15, got the Cavs rolling. Cleveland made 13 of 20 shots in the third to help put the game away.

Cavaliers: G J.R. Smith left in the first half with a right knee contusion. He averaged 6.3 points through the first three games. ... Injured G Kyrie Irving (left kneecap) traveled with the team. He had a heavy workout on Sunday and had no planned workout on Monday, so he made the trip.

James likes the early returns on the rebuilding Sixers.

"I think they have some young talent," James said. "I think what hurt them a little is the injury of the big fella from Kansas (Joel Embiid, recovering from foot surgery). I know everyone is kind of waiting around to see how well he can play games."

Until then, the Sixers will continue taking their lumps.

"Everyone wants instant oatmeal," James said. "But it's always a process. You got to put the time in. You got to build things from the ground up. This year, it's about making a transition.

Sixers: Play at Milwaukee on Wednesday.

The King Chameleon
LeBron James has a skill that puts him above anyone to ever play in the NBA, the talent for adaptability, writes Melissa Rohlin.
1 hour ago

Melissa's Second-Half Must-Sees
Circle the following games on your calendar because these are the can't-miss matchups of the NBA's second half, Melissa Rohlin writes.
21 hours ago

The King On An Island
With Anthony Davis out, can LeBron James keep the defending champs afloat on his own, or do the Lakers need to get him some help?
2 days ago

NBA MVP Watch: LeBron Out Front
LeBron James is leading the pack of MVP candidates while Anthony Davis is on the mend. Who's closest to catching the King?
3 days ago
those were the latest stories
Want to see more?
View All Stories
Fox Sports™ and © 2021 Fox Media LLC and Fox Sports Interactive Media, LLC. All rights reserved. Use of this website (including any and all parts and components) constitutes your acceptance of these Terms of Use and Updated Privacy Policy. Advertising Choices. Do Not Sell my Personal Info