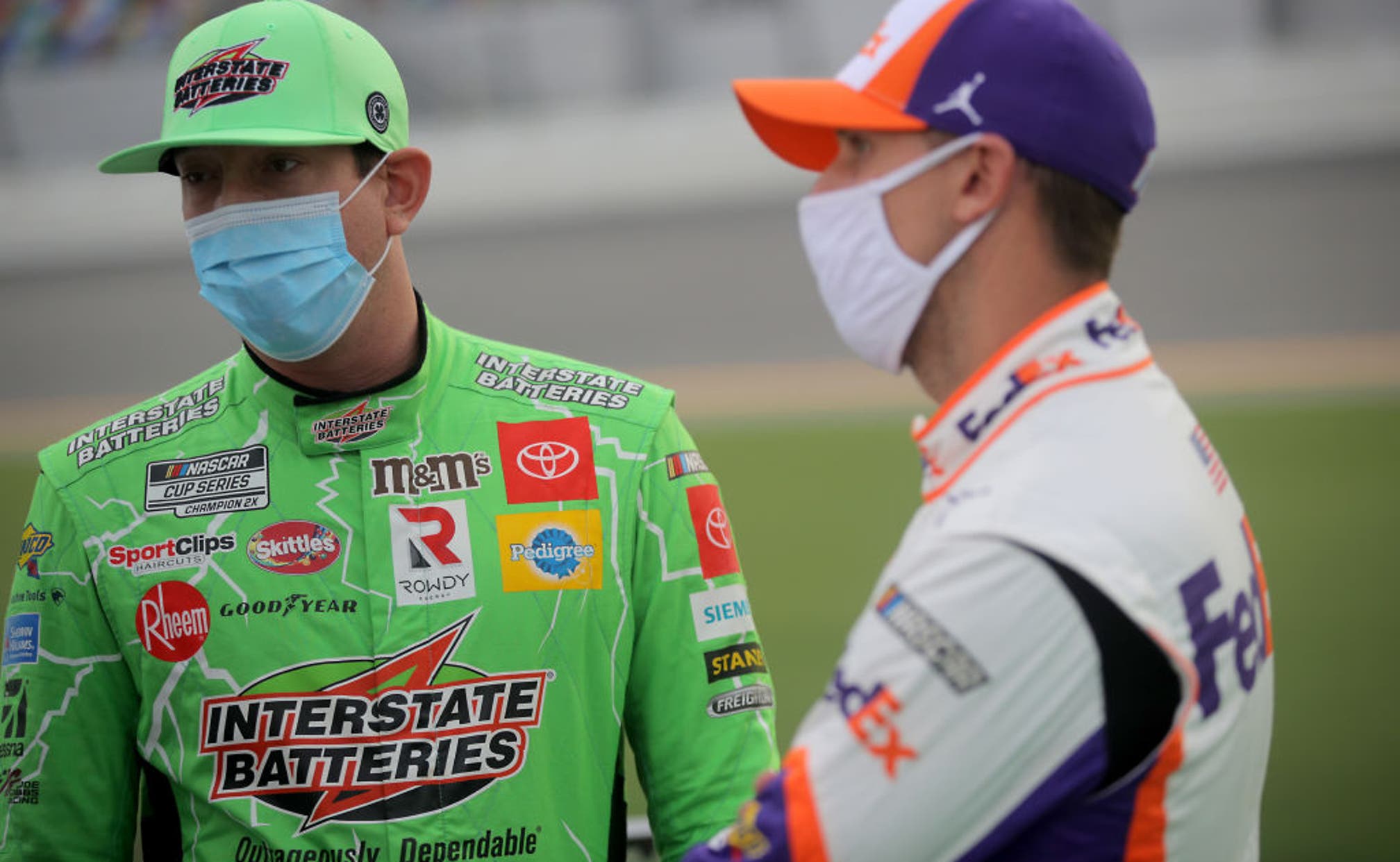 NASCAR and racing teams had to alter the way they operated in order to race amid the COVID-19 pandemic.

Now, all parties are wondering whether some of those changes in procedure will become staples of how they operate in 2021 and beyond.

In order to limit the time that teams are at the track, as well as the number of people at the track, and to save the cost of building backup cars, NASCAR has conducted most of its races without practice nor qualifying – just lining up and racing.

“One-day shows is certainly in our future,” said Cup driver Denny Hamlin. “It’s tremendously beneficial for the race teams and their financial model to not have backup cars, backup engines, backup parts, all that nonsense.

“It costs a lot of money to prepare cars that 95 percent of the time you don’t even use.”

NASCAR will consider whether to do that for select events in 2021. Or, it could conduct more Cup events with a shorter schedule as it has done with its developmental series by cramming practice and qualifying and a race all in one or two days, instead of the three-day format it had originally planned for many Cup weekends in 2020.

Or, it could just have practice determine the lineups as it has been doing this year with a complicated formula based on previous race finish, previous race fastest lap ranking and owner points.

“Do we want to consider continuing to do one-day shows in some form or fashion? Probably,” NASCAR President Steve Phelps said. “That's something that we have to weigh obviously with all the stakeholders in the industry.

“The tracks themselves, our broadcast partners, and the content that they would lose as part of this [would be considered and] the teams and what it looks like, try to help them out.”

The lack of practice has resulted in some embarrassing moments for teams, with weight falling out of cars or other mechanical malfunctions that would have been caught if they had practice.

But as far as the quality of the racing product, some would argue that it is better because teams can’t massage their cars as much during a race weekend. Others would argue that teams that have new crew chiefs or new drivers or rookie drivers never got a chance to show what they could do without practice.

“Granted, we as a company have run well. ... If we weren’t, would I think differently?  I don’t know, probably.”

Tracks have built interactive infield areas where fans can see working being done in the garages and potentially see their favorite drivers. Cramming practice and qualifying into the same day as the race might limit those interactions (not to mention the number of days that tickets could be sold to that area).

So NASCAR likely will find a balance.

“Practice and qualifying will probably happen on your elite events, ones that it’s deemed a very important weekend for NASCAR. Your majors,” Hamlin said.

There are other things that NASCAR could look at after what it has learned in 2020. It ran three Cup weekends where it had two races at the same track. Originally, that type of schedule was only planned for Pocono, and no one has been able to get a good gauge on what the economics of doing that in one weekend will be since none of the three doubleheader weekends had fans in attendance.

NASCAR also had four midweek Cup events. Those got mixed reviews, and Phelps said that as far as 2021, a midweek race is “on the lower end of probability.”

“I would say the opportunity for us to do midweek racing in the future is viable. Whether we're going to have that for the 2021 schedule, I don't know,” Phelps said. “I think that what we have seen from a research standpoint is that your avid fans love it, right?

“I think we all got accustomed to that Wednesday night race and you're like, 'This is sweet. I get to watch a Wednesday night race.' And that was fun. But whether it was the casual fan that wasn't tuning in, ... the numbers weren't as high as what we would see on a Saturday night or a Sunday.”

Teams want to know sooner than later on these policies so they can determine their staffing needs for the 2021 season. By having no practice and no qualifying, that reduced the number of people on the road crew by at least two per team.

NASCAR is supposed to give teams the technical rules for the 2021 season by Oct. 1, but whether they get the deep details of the scheduling is to be determined.

“What are race weekend schedules going to be?” said Team Penske competition director Travis Geisler when discussing any rule changes for next year. “What are rosters going to look like?

“What’s our testing going to look like, if any? ...  I would hope by the end of the month to have that information at least relatively nailed down.”

"This is our first step towards creating a state-of-the-art facility that would deliver the intense short-track racing our fans love, an intimate viewing experience, and upgraded suites and hospitality areas that would position Auto Club Speedway among the top entertainment venues in the market.” – NASCAR Executive Vice President Craig Neeb on reconfiguring the 2-mile Auto Club Speedway into a half-mile track.