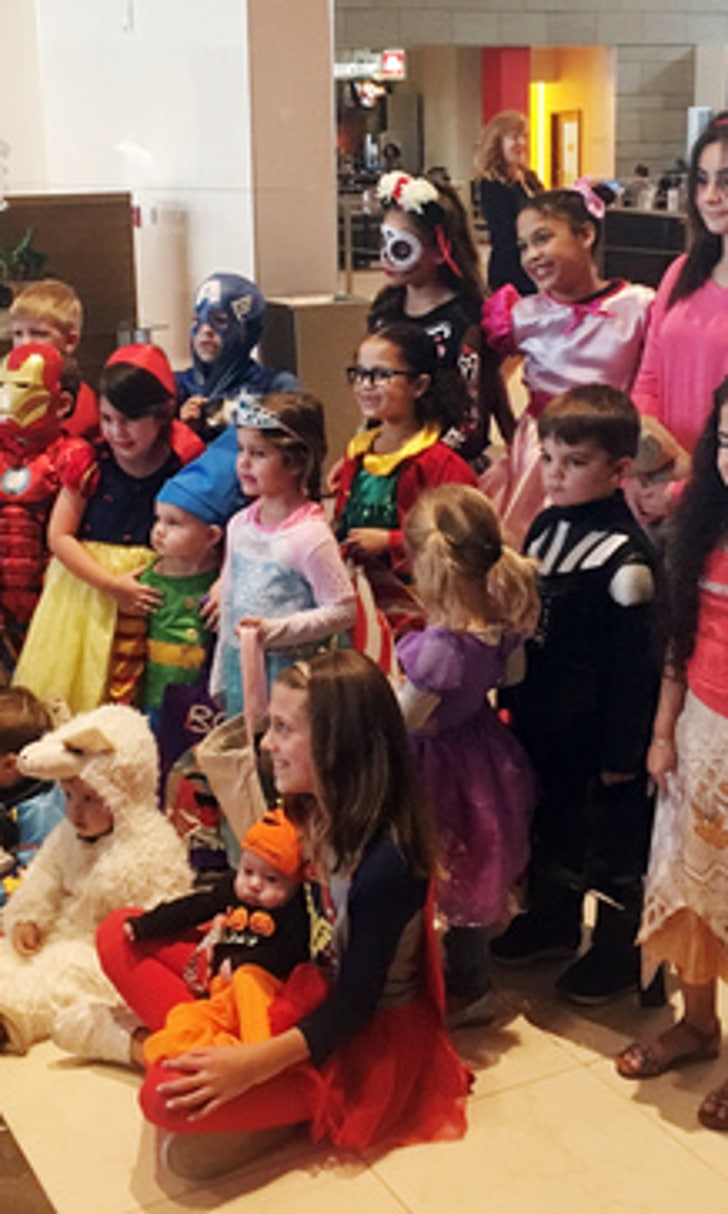 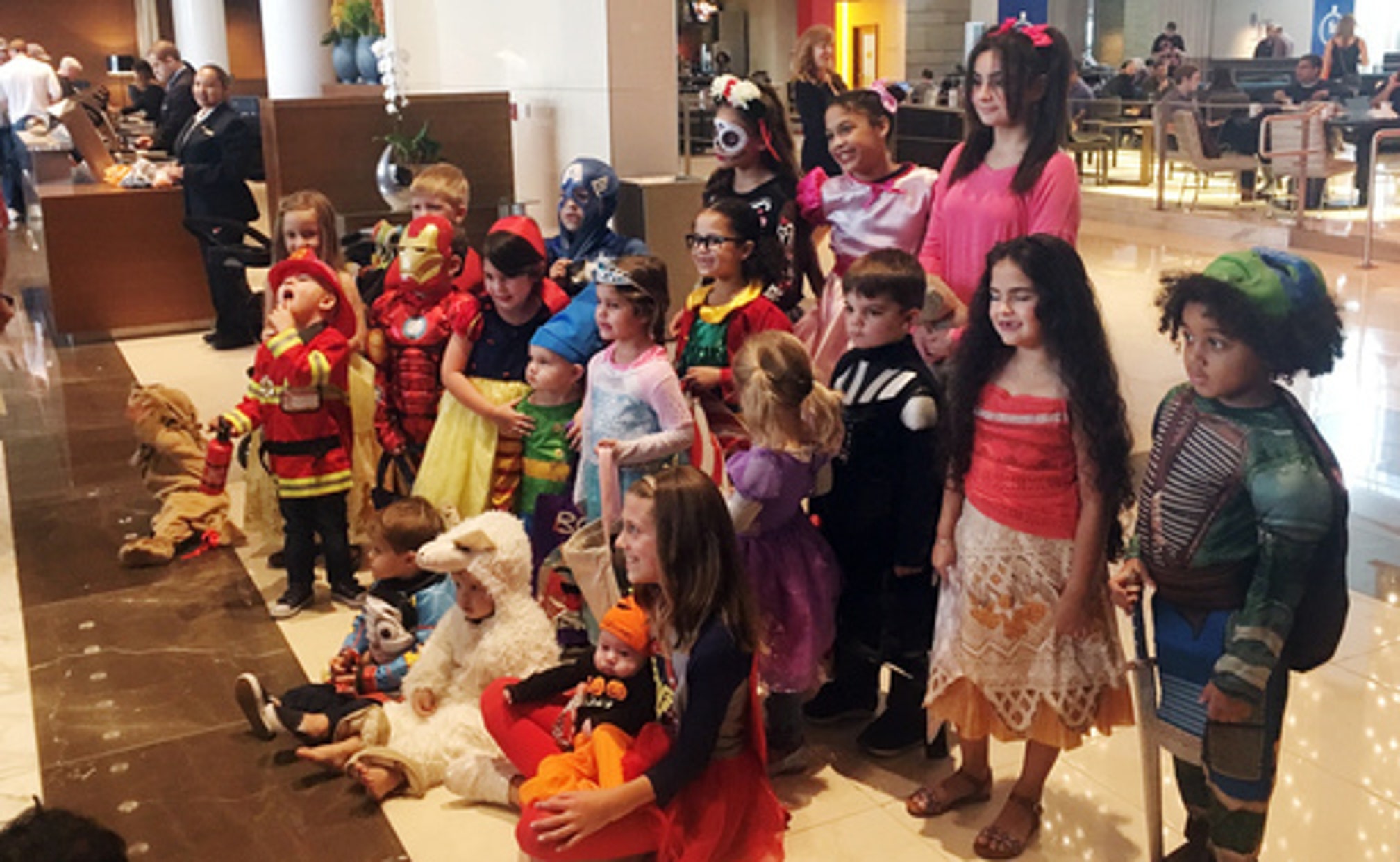 LOS ANGELES (AP) The Latest on Game 6 of the World Series between the Houston Astros and Los Angeles Dodgers (all times local):

A comeback win in Game 6 on Halloween night gave fans at Dodger Stadium and beyond a true treat: A year after the Cubs beat Cleveland in a Game 7 thriller, the baseball season is going the distance.

Yu Darvish will start for Los Angeles. Astros manager A.J. Hinch didn't announce a starter before Game 6, wanting to see how things went. It will be Charlie Morton or Lance McCullers Jr., most likely.

Verlander dominated for five innings, but the Dodgers got him in the sixth. Chris Taylor hit a tying double and Corey Seager had a sacrifice fly for a 2-1 lead.

Joc Pederson hit his third Series homer in the seventh for insurance and took an animated trot around the bases. George Springer hit his fourth Series for Houston.

The Los Angeles Dodgers are three outs away from beating Justin Verlander and forcing a decisive seventh game in the World Series.

Los Angeles is taking a 3-1 lead into the ninth inning after Dodgers manager Dave Roberts went against his pregame instinct and brought in closer Kenley Jansen in the eighth inning.

The Dodgers' usually dominant closer had struggled in similar situations in Game 2 and again in Game 5. Roberts claimed that he hoped to limit Jansen to three outs in this game.

But Jansen mowed down the Astros' 4-5-6 hitters with seven pitches in the eighth, pushing the Dodgers three outs closer to the 41st Game 7 in World Series history.

Charlie Culberson got a leadoff single in the eighth for Los Angeles to extend his improbable postseason run after spending most of the season in the minors, but Francisco Liriano struck out Cody Bellinger to strand two Dodgers.

Joc Pederson hit a solo homer in the seventh, extending the Dodgers' lead to 3-1.

He connected on a 1-2 pitch from Joe Musgrove that landed in the left-field pavilion.

Kenta Maeda escaped a jam against the Astros in the top of the inning.

Tony Watson gave up a leadoff walk to Josh Reddick. Maeda came on and induced a fielder's choice grounder by pinch-hitter Evan Gattis.

George Springer singled when the ball eluded shortstop Corey Seager's diving backhand stab, putting runners on first and second. Alex Bregman flied out to center before Maeda got Jose Altuve on a groundout to third to end the threat.

Chris Taylor looped an RBI double to key a two-run rally against Justin Verlander in the sixth inning that's put the Los Angeles Dodgers ahead of the Houston Astros 2-1.

Verlander was in complete control until the sudden burst. The Astros ace had allowed just one single and struck out eight in five innings before Los Angeles broke through.

Austin Barnes singled to open the sixth, Chase Utley was hit by a pitch, Taylor went the opposite way for his tying hit and Corey Seager delivered a go-ahead sacrifice fly.

Dodger Stadium was going wild, with fans hoping to extend this World Series to Game 7. Not everyone was screaming with every pitch - looming in the Dodgers bullpen was ace Clayton Kershaw, loosening up just in case.

The Houston Astros have chased Dodgers starter Rich Hill in the fifth inning, and Hill wasn't happy about it.

Dodgers manager Dave Roberts again used an early hook on a starter, pulling Hill with the bases loaded and two outs in the fifth. Hill had given up Brian McCann's leadoff single and Marwin Gonzalez's ensuing double, but then struck out Josh Reddick and Justin Verlander to get to the brink of escaping the jam.

Instead, Roberts ordered an intentional walk for George Springer and then came out to pull Hill, who appeared to turn his back on the manager. Hill then went to the dugout and furiously swatted cups off the Dodgers' cooler, sending them flying.

But reliever Brandon Morrow, pitching for the sixth time in eight days, calmly ended the rally with a groundout from Alex Bregman. Morrow has appeared in all but one of the Dodgers' 14 postseason games, and he was battered in Game 5 in Houston.

Verlander doesn't appear to need much run support, however. He retired the Dodgers in order again in the fifth, giving him five innings of one-hit ball. Houston still leads 1-0.

Justin Verlander has seven strikeouts through four innings and the Astros lead the Dodgers 1-0 in Game 6.

The right-hander has retired eight consecutive batters since Yasiel Puig's single in the second.

Verlander retired the Dodgers' top three hitters in the fourth as a light drizzle fell. Corey Seager flied out to left before Verlander recorded back-to-back strikeouts of Justin Turner and Cody Bellinger.

Dodgers starter Rich Hill retired the side in the top of the inning.

George Springer has homered again, connecting for a solo drive that's given the Houston Astros a 1-0 lead after three innings.

The shot was his fourth Springer Dinger of this Series. He went the opposite way with two outs in the third off Dodgers lefty Rich Hill.

Justin Verlander is looking sharp for the Astros. Showing off a mix of heat and hooks, he's allowed a mere single and struck out five.

Dodgers fans have told Yuli Gurriel just what they think of him during Game 6 of the World Series.

Dodger Stadium ferociously booed the Houston first baseman during pregame introductions, and it got much louder during his first at-bat in the second inning. Dodgers starter Rich Hill even stepped off the rubber before his first pitch to Gurriel, allowing the booing to increase.

The choruses of boos only changed into a raucous cheer when Gurriel fouled out.

Dodgers fans clearly were disgusted by Gurriel's behavior during Game 3 in Houston. While speaking with teammates, the Cuban made a blatantly racist gesture and used an offensive Spanish term to refer to Los Angeles starter Yu Darvish, who is Japanese.

Gurriel apologized in a statement afterward, but wasn't suspended by MLB until 2018.

The Dodgers also got their first hit off Justin Verlander in the second inning when Yasiel Puig singled to center. The score stayed 0-0, but the Dodgers got Verlander to throw 23 pitches in the inning.

Game 6 of the World Series is scoreless after the first inning at Dodger Stadium, with fastballing Justin Verlander and curveballing Rich Hill in control.

It was 67 degrees for the first pitch, way down from the 103 heat for the opener last week. It was cloudy, too, with the San Gabriel Mountains far behind the center field wall completely covered.

The fans were loud from the start. There were a few Halloween costumes in the crowd, not a lot. Most people in the park are hoping to see the home team dress up as champions after Game 7.

The Dodgers brought out the star power before Game 6 of the World Series.

Throwing out the ceremonial first balls were longtime manager Tommy Lasorda and former ace Orel Hershiser. The 90-year-old Lasorda, a lefty who pitched for Brooklyn, underhanded his toss home. Lasorda was the skipper and Hershiser was the ace when the Dodgers won their last championship in 1988.

Waving big blue flags on top of the Dodgers' dugout were Ashton Kutcher and wife Mila Kunis. On top of the Astros' first base dugout were Kareem Abdul-Jabbar and Rob Lowe.

There has been a moment of silence at Dodger Stadium for victims of the attack in New York that killed at least eight and seriously injured 11.

The Houston Astros, Dodgers and the sellout crowd stood before Game 6 of the World Series.

A man in a rented pickup truck drove into pedestrians and cyclists along a busy bike path near the World Trade Center memorial earlier in the day.

What a difference a week makes in the weather at the World Series.

The temperature for first pitch on Tuesday night was forecast to be 67 degrees. That's 36 degrees cooler than last Tuesday when the mercury hit 103 for Game 1 in Los Angeles.

Skies were overcast and drizzle began falling about 1 1/2 hours before Game 6. Earlier in the day, light rain fell on Dodger Stadium and the grounds crew had the tarp covering the infield.

A day before playing for a championship, a few of the Houston Astros went to see a team of champions.

Catcher Brian McCann bought a luxury suite at the Staples Center and took some Astros to see Stephen Curry and the Golden State Warriors visit the Los Angeles Clippers on Monday night. Curry scored 31 points to lead the Warriors to a 141-113 romp.

''These guys all create that chemistry among themselves. And I've seen more guys, that's different, going out on the road, to dinners, to the games these guys play behind the scenes. So it doesn't surprise me at all with what McCann has brought, specifically in those type of things,'' manager A.J. Hinch said.

Major League Baseball suspended the Astros' Gurriel last Saturday, a day after he made a racist gesture toward the Dodgers' Darvish, a Japanese right-hander, during Game 3.

Darvish said before Game 6 on Tuesday that Gurriel contacted the Dodgers about meeting with him to apologize, but Darvish declined because he said he wasn't that mad at Gurriel.

The pitcher says he found out about the Cuba-born Gurriel pulling on the corners of his eyes after homering off Darvish when a Dodgers employee informed him in the dugout last Friday. Darvish says initially he didn't think it was going to be a big deal, but then he realized it was after the game. Gurriel also used a derogatory Spanish term in reference to Darvish.

Darvish says that he gets why baseball Commissioner Rob Manfred didn't impose Gurriel's suspension until the start of next season. But Darvish says he can't really judge whether five games is too much or too little.

Darvish would start Wednesday if the Dodgers can force a seventh and deciding game.

Justin Turner is back at third base and hitting third in the Los Angeles Dodgers' starting lineup for Game 6 of the World Series, while the Astros juggled the bottom of their lineup.

Turner served as designated hitter in Game 5 after taking a grounder off a knee during Game 4.

Pederson had been the DH in the first two games in Houston before being dropped in Game 5. Kike Hernandez and Charlie Culberson are dropped.