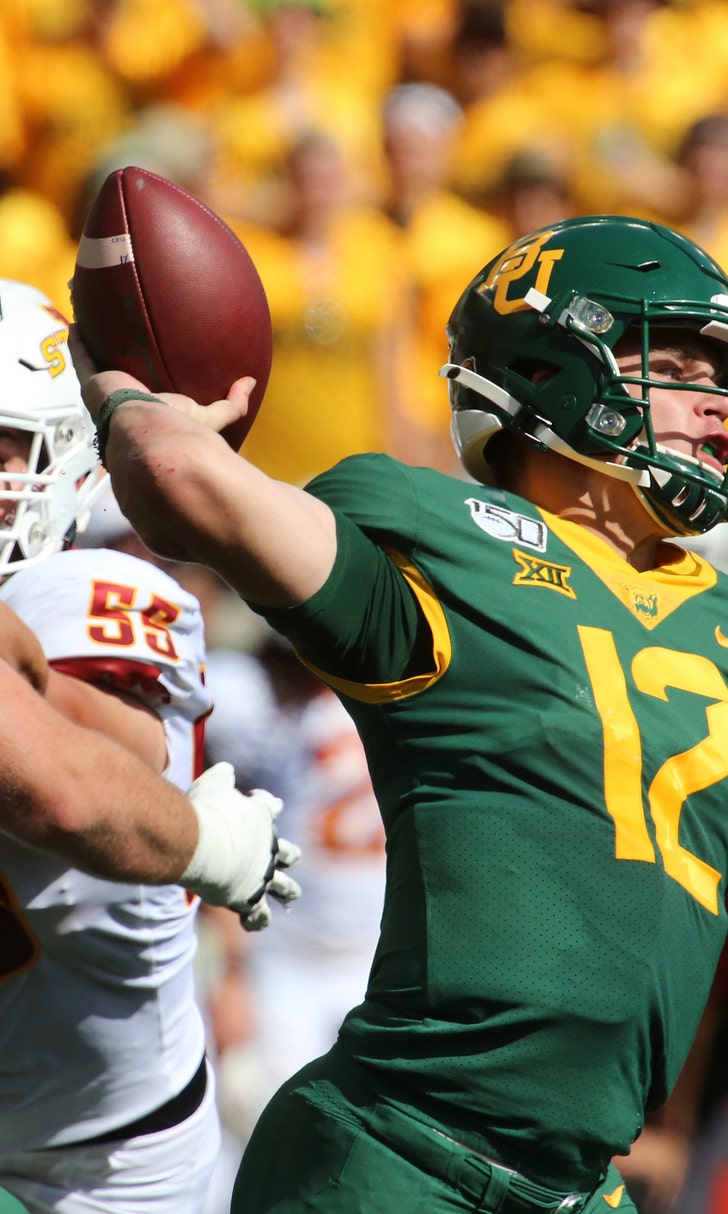 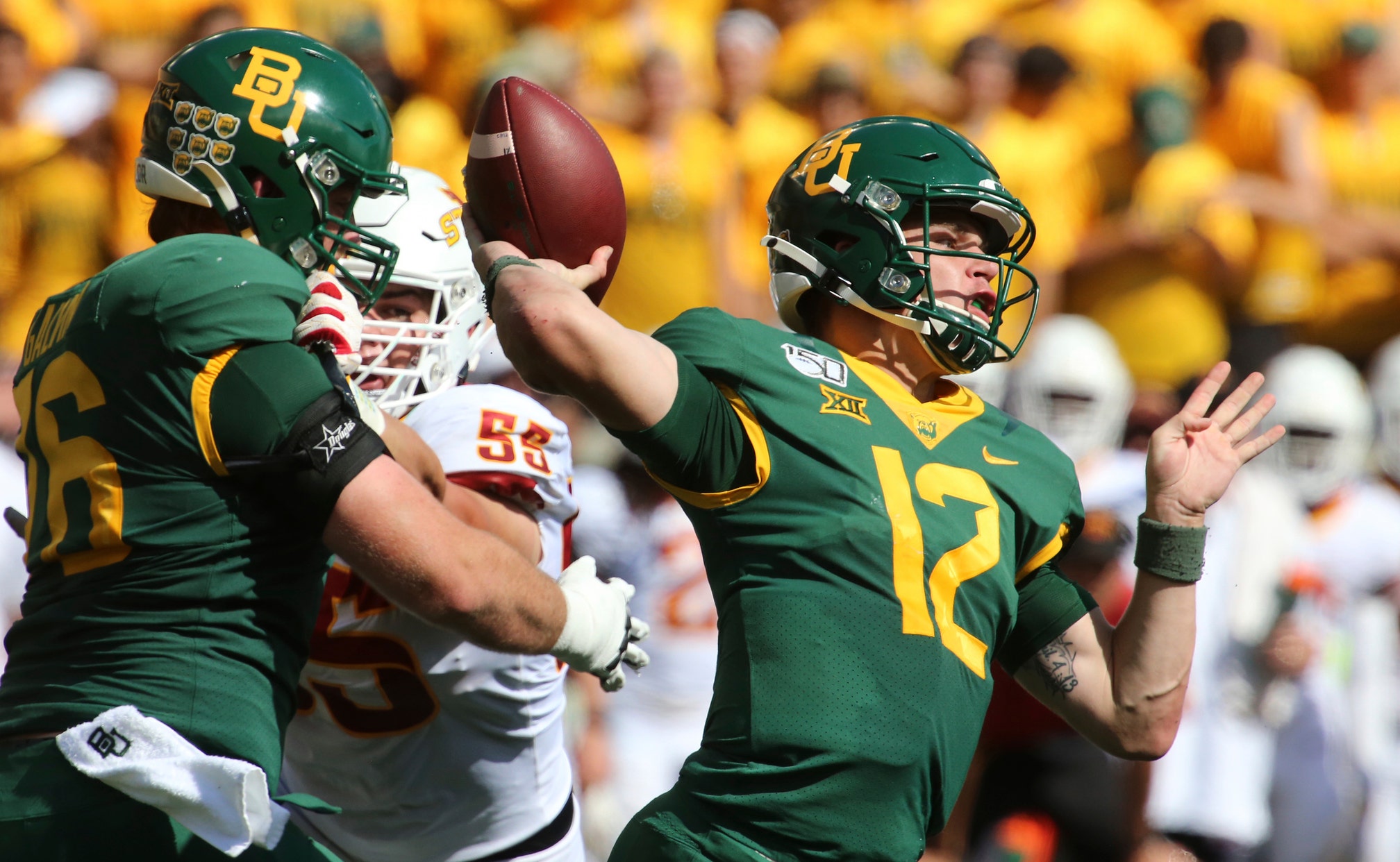 After the Bears had blown the rest of their 20-point lead, Rhule faced another decision from the same distance as the early miss — 38 yards — only this time it was into the wind, with less than half a minute remaining, and his team down one.

The kid got another chance.

Mayers slipped the 38-yarder just inside the right upright with 21 seconds left for the first field goal of his career, lifting Baylor to a 23-21 victory over Iowa State on a steamy Saturday after the Bears blew their big lead and were behind for the first time this season.

"I was just kind of reluctant just because of the wind and all that stuff, I didn't want to keep putting the kid out there," Rhule said. "But you know what, to his credit he went out there and made that kick."

Charlie Brewer answered the last of three fourth-quarter TD drives engineered by Brock Purdy, taking the Bears 54 yards in 14 plays. Among the three third-down conversions was a 10-yard run by Brewer on third-and-9 and completions of 15 and 13 yards to Tyquan Thornton.

After an Iowa State timeout, Mayers touched off a wild celebration as the Bears (4-0, 1-0 Big 12) extended their best start in three years under Rhule and won their sixth straight game going back to last season. It's the longest active winning streak in the Big 12.

"Best one of my life so far, I think," Mayers said. "It was good to have to get another chance because a lot of times you don't as a kicker. The offense did a heck of a job to get the ball down there, and I was glad to get an opportunity."

The win in the conference opener for both teams was the second in a row for the Bears, except this one was against a team that started the season in the Top 25 rather than league doormat Kansas.

Despite Purdy's stirring comeback, the Cyclones (2-2, 0-1) couldn't finish on one of the hottest days in program history — a game-time temperature of 93 degrees with a heat index just shy of 100.

Iowa State dropped its Big 12 opener for the 16th time in 18 seasons — including all four under coach Matt Campbell.

Iowa State went ahead on Connor Assalley's PAT after Purdy's 20-yard touchdown pass to Charlie Kolar with less than four minutes to go.

Baylor trailed because of a botched PAT attempt after the second of three touchdown passes from Brewer when the snap went through holder Skyler Wetzel's hands in the third quarter.

Brewer, who was 26 of 45 for 307 yards, broke a scoreless tie with 58 seconds left in the first half on a 9-yard TD toss to Denzel Mims, who scored twice and had six catches for 106 yards.

Johnnie Lang scored the first two Iowa State touchdowns, on a 3-yard run and a 12-yard catch. The scoring drives covered 75, 72 and 65 yards, and boosted Purdy to 27 of 45 passing for 342 yards after a rough start a week after he accounted for six TDs in a 72-20 win over Louisiana-Monroe.

"It would be unfair for me to say, 'Man that's the best I've been Brock,'" Campbell said. "All I know is when the game's on the line and the ball's in that kid's hands, he's going to give you a chance to have success. And he always has since he's been our starting quarterback."

Iowa State: This will be an interesting one for the Cyclones to process, erasing such a huge deficit and yet once again having to move on from a conference-opening loss. "I'd rather lose like this than get blown out 21-0," Lang said. "How we respond to this defines who we are as a team."

Baylor: Instead of what would have been the worst loss under Rhule, the Bears have momentum in the Big 12 race. Baylor also avoided ending Rhule's 35-game winning streak when the coach's team was tied or leading going in the fourth quarter, including his Temple tenure.

Baylor: At Kansas State next Saturday.