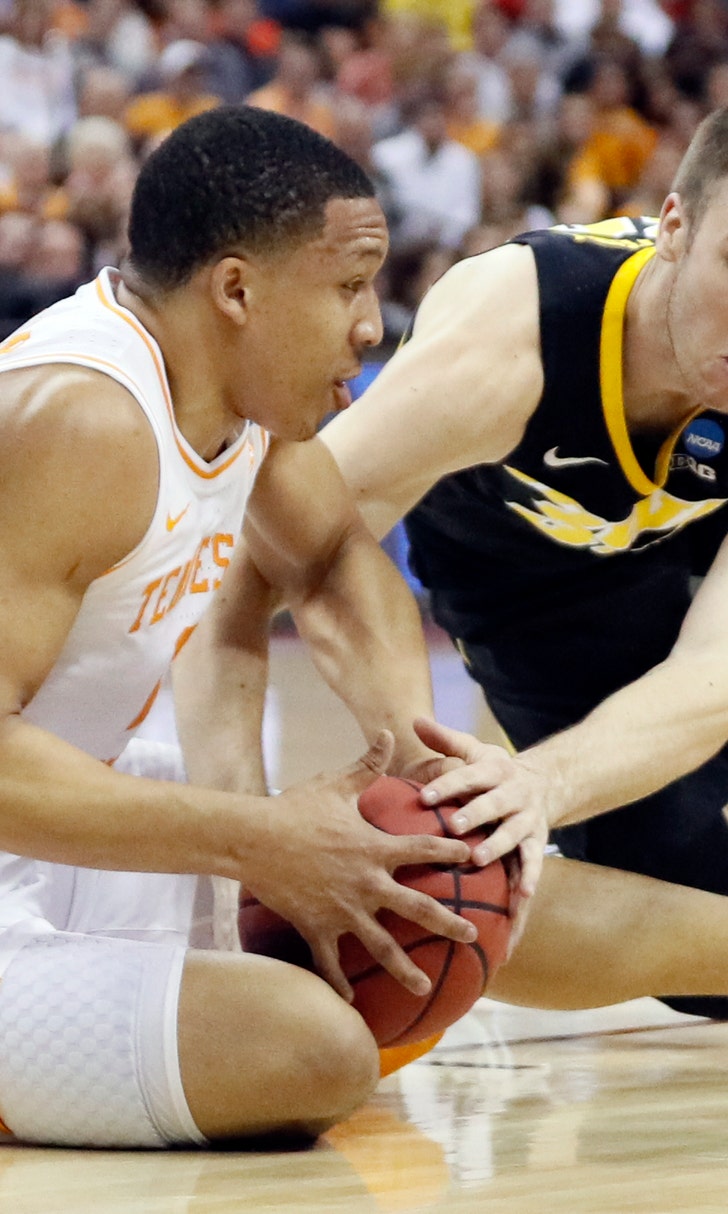 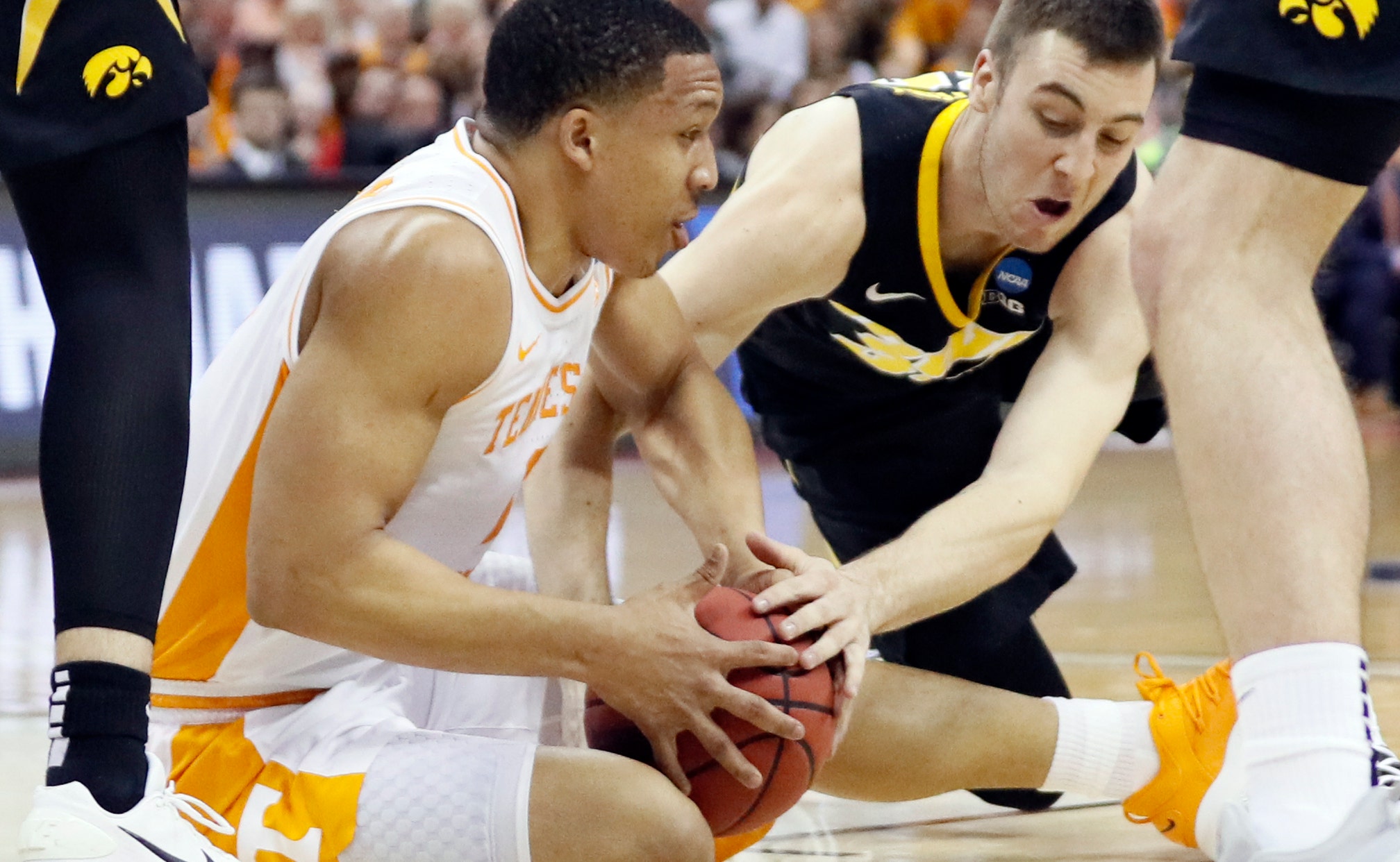 COLUMBUS, Ohio (AP) — Admiral Schofield ran around the court in sheer joy, waving a March Madness towel after Tennessee made it back to the Sweet 16 for the first time since 2014.

The rest of the Volunteers? Just trying to breathe normally again.

Tennessee avoided one of the biggest meltdowns in NCAA Tournament history Sunday, letting a 25-point lead slip away before SEC player of the year Grant Williams asserted himself in overtime for an 83-77 victory over Iowa.

None of the Volunteers (31-5) saw that coming, not after they'd raced ahead 44-19 in a sizzling first half they dominated every which way.

The biggest NCAA Tournament comeback? BYU's 25-point rally past Iona in the First Four in 2012.

"The way we started the game, that's the team we win (with)," said Schofield, who had 17 of his 19 points in the opening half. "The way we finished the game, we can't have that."

Tenth-seeded Iowa (23-12) nearly pulled off another historic comeback , sending it overtime tied at 71 — the first overtime game in this year's tournament. The last time the teams played also was in the NCAA Tournament, with Tennessee rallying from a 12-point deficit to a 78-65 overtime victory in the First Four at Dayton in 2014.

The Vols' best player made sure they wouldn't be on the wrong end of the big comeback this time.

Williams had a pair of free throws, two jumpers, and a strip in overtime that helped the Vols pull it out and match their school record for wins in a season. He finished with 19 points and seven rebounds.

"I feel like a fifth grader who just ate Skittles," Williams said, summing up the finish.

Jordan Bohannon scored 18 for Iowa, which never led but managed to tie it twice after falling so far behind.

"They were No. 1 for a very long time this year for a reason," Iowa coach Fran McCaffrey said. "It's not often that you get down 25, come back and tie it. So very pleased with the effort and concentration and execution of our guys to a man."

Last year, the Volunteers lost to Loyola-Chicago in the second round. They followed it with a record season — ranked No. 1 for four weeks, a school-record 19-game winning streak, a full season in the Top 10 — and had just enough in overtime Sunday to keep it going.

Fourth-year coach Rick Barnes got doused with water in the locker room afterward.

"My suit got soaked," Barnes said. "I got soaked. And when my hair gets wet, it don't look too good."

Iowa: The Hawkeyes wrapped up a turnaround season. They improved their win total by nine games and were second in the Big Ten in scoring in coach Fran McCaffrey's ninth season. They were prone to give up a lot of points and lost three games by at least 20. The Vols fully exploited their defensive shortcomings.

Iowa is 30-28 all-time in the NCAA Tournament. Since their last Sweet 16 appearance, the Hawkeyes have failed to make it past the first weekend six times.

Tennessee became the fourth SEC team in the Sweet 16, tying the conference record. Auburn, Kentucky and LSU also made it.

Tennessee's 12 assists gave it 645 for the season, a school record.

GOT THE TOUCH BACK

Tennessee's Lamonte' Turner broke out of his shooting slump during the SEC Tournament. He was 3 of 7 from beyond the arc against Iowa, including one with 2:14 left after Iowa forged the first tie.

A starling landed by the free-throw line before the game but flew away when the Hawkeye mascot led Iowa's team onto the floor.