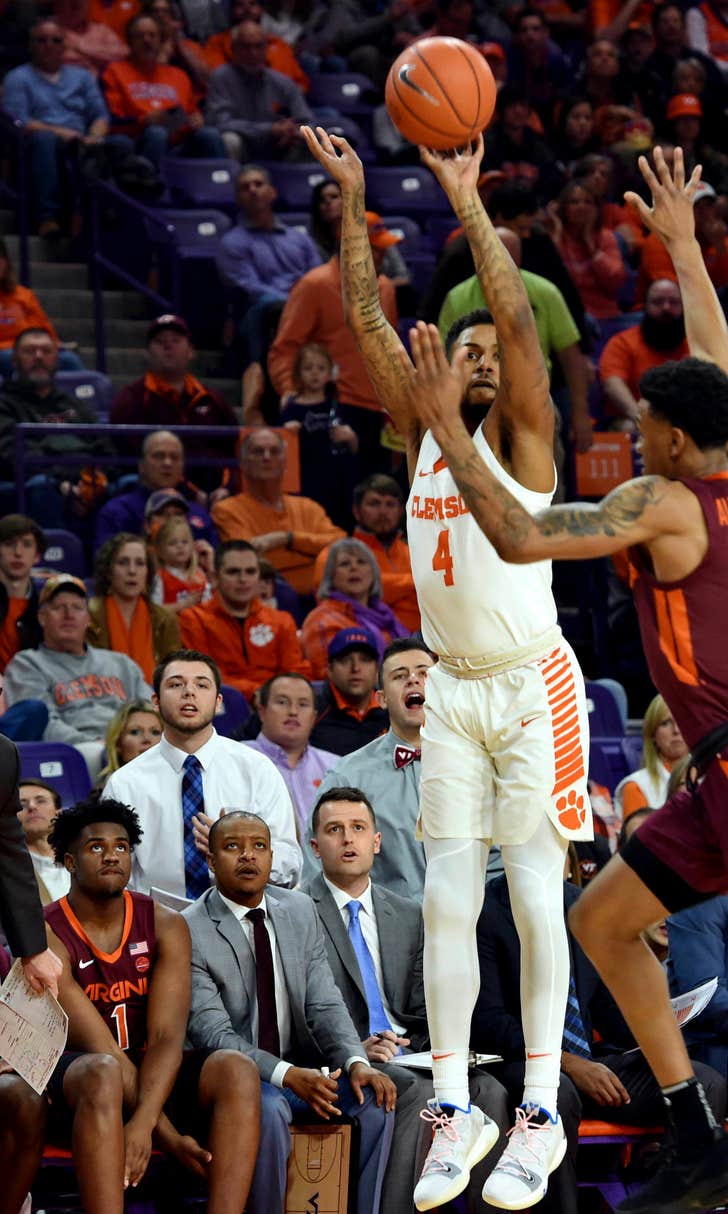 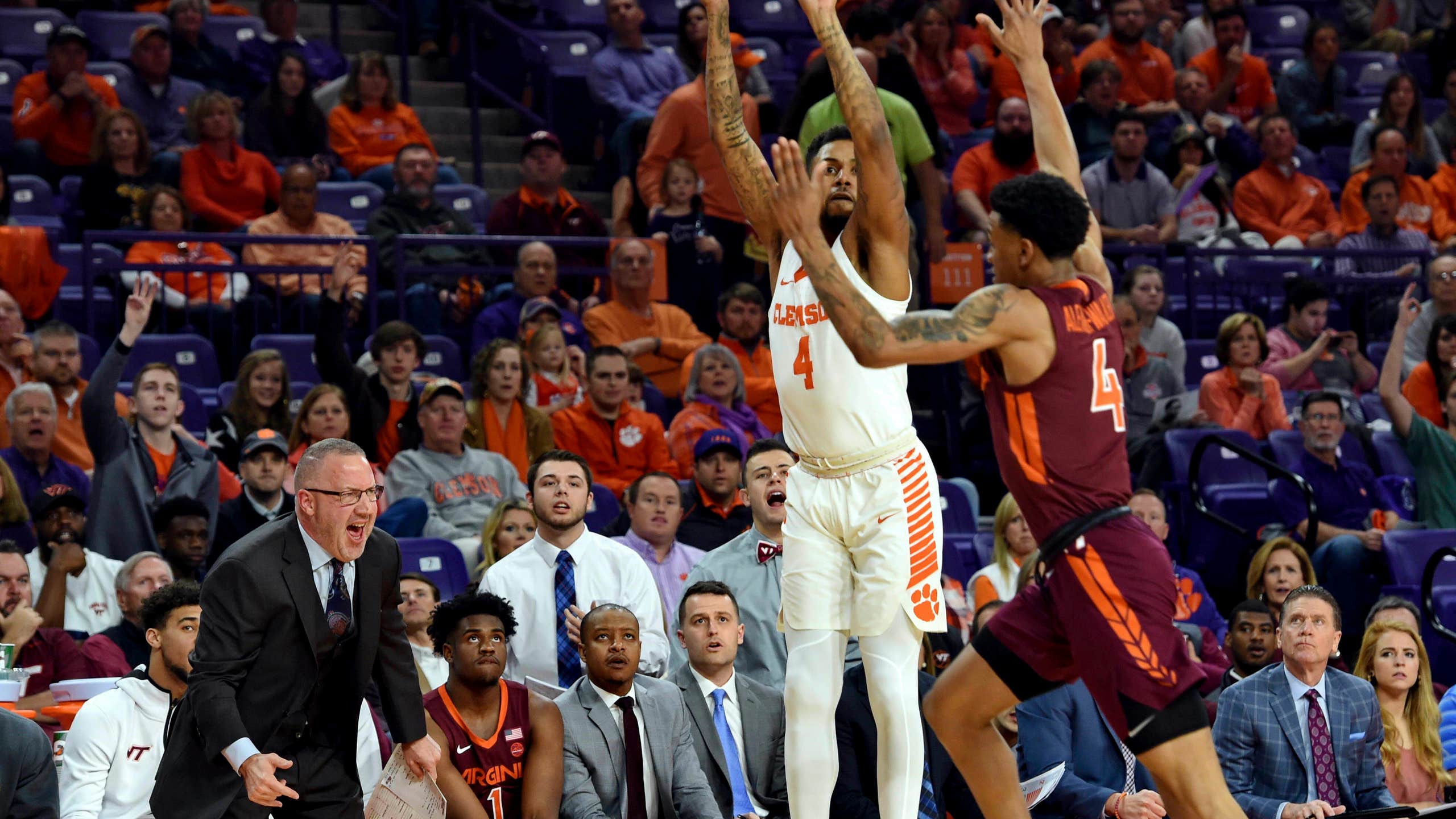 CLEMSON, S.C. (AP) — Clemson coach Brad Brownell has seen plenty of teams with high expectations fall apart when adversity hits. He is proud that his Tigers are not among them.

Shelton Mitchell scored 22 points with a career-best five 3-pointers as Clemson won its fourth straight with a 59-51 victory over No. 11 Virginia Tech on Saturday.

The Tigers (15-8, 5-5 ACC) were ranked when the year began, but looked done after losing five of their first six Atlantic Coast Conference games, including a 69-67 loss at North Carolina State after blowing a six-point lead in the final minute — a defeat that would have crushed plenty of teams.

Not these Tigers, led by four starting seniors including Mitchell.

"It doesn't surprise me that with their backs against the wall in terms of basketball that they're going to fight," Brownell said.

It took plenty of fight to upend the Hokies (18-5, 7-5), who had not lost consecutive games all season.

Clemson limited Virginia Tech to just one field goal over the final eight minutes to beat a ranked opponent for the first time this season.

Virginia Tech had its chances and was down just 41-40 after Kerry Blackshear Jr.'s basket with 12:29 to go. But Clemson's Marcquise Reed and Hunter Tyson followed with 3-pointers to build the lead. Blackshear hit two foul shots make it 47-44, but that was as close as the Hokies would get.

"They defended us incredibly well," Virginia Tech coach Buzz Williams said. "They were prepared for everything."

Virginia Tech missed the next eight shots, a string finally broken by Ty Outlaw's 3 with 12.5 seconds. By then, Clemson had a double-digit lead and the crowd at Littlejohn Coliseum was poised for a celebration.

Reed finished with 15 points, 10 in the second half. Elijah Thomas had seven of Clemson's 12 blocks, a total that tied for the best showing by the Tigers in coach Brad Brownell's nine seasons.

Blackshear scored 17 points to lead Virginia Tech before fouling out in the final minutes. The Hokies' leading scorer, Nickeil Alexander-Walker, had 13 points on 3-of-14 shooting.

Mitchell said he and his teammates didn't hang their heads as the losses mounted, knowing they were better than their record showed. Things have gradually turned their way, improving everyone's confidence and attitude, Mitchell said. "We've got our swagger back," he said.

Virginia Tech: The Hokies have been out of sync without injured point guard Justin Robinson, who missed his third straight game — two of them losses. Virginia Tech needs to rediscover its balance.

Clemson: The Tigers are on the move after their early struggle in the ACC. Clemson is leaning heavily on its four seniors, Mitchell, Reed, Thomas and David Skara. The four combined for 46 of the team's 59 points.

Mitchell said he and his teammates are taking extra shooting reps in the gym to improve the offense. It has certainly worked for Mitchell. He has gone for double digits in two of Clemson's past four games after starting ACC play with just one game with 10 or more points in the Tigers' first six.

There is no question who the Hokies' leader is. Despite walking with crutches and wearing a large protective boot on his left foot, Robinson was involved in keeping Virginia Tech in the game. He gathered players around him frequently and was off the bench to greet them during stoppages. Williams said Robinson, who has averaged 14.4 points this season, is out indefinitely.